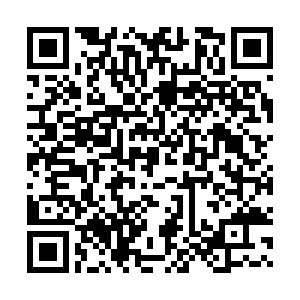 China's top securities regulator has lowered the listing threshold for innovative red-chip companies, or companies registered overseas but operate in the Chinese mainland, to help attract them back to domestic stock markets under a pilot scheme.

The new listing rules (in Chinese) will allow overseas-listed red-chip companies with market value no less than 20 billion yuan (around 2.8 billion U.S. dollars) and in possession of self-developed, world-leading technologies, innovative strengths and a strong position in their own industry to apply for domestic listing, said the China Securities Regulatory Committee (CSRC).

Previously, only those with market value no less than 200 billion yuan were eligible for the pilot scheme, which was first launched in March 2018 to break restrictions for red-chip companies to list in the Chinese mainland or issue China Depositary Receipts.

There were only five red-chip companies that could meet the previous standard: BATJ (Baidu, Alibaba, Tencent and JD.com) and NetEase, according to Wind.

Compared to the one-size-fits-all requirements in the past, the new listing rules provide more possibilities for their listing on domestic markets including main board, small and medium-sized board, ChiNext Board and the STAR Market. It is in an effort to promote innovation and entrepreneurship and improve the quality of listed companies, said CSRC.

Chen Zunde, general manager at Fund Investment, believed that if the tech giants can be attracted to the A-share market, it will revitalize the entire market while enhancing A-share index.

Chen also thought that the lower threshold will be more attractive to China Concepts Stocks like Baidu and JD.com, because the liquidity will be better at the A-share market than in Hong Kong when stock exits, and the valuation will be higher, and the value of shareholders' equity will be higher as well.

The new rules have been prepared for a long time and are conducive to bringing A shares and Hong Kong stocks to the same starting line, said Wei Shanwei, executive vice president of Huajing Securities.

Wei believed that it is a major benefit for listed tech companies and provides them with more options for capital layout in different markets.

Well-performed stocks at the A-share market have mainly concentrated in traditional industries such as liquor, home appliances and finance, and few from high-tech industries.

Many high-tech companies went overseas for listing, because they used a variable interest entities (VIE) structure and were therefore considered as foreign-funded companies according to relevant Chinese law. So, there were policy obstacles for them to go public in the Chinese mainland.

However, for those overseas-listed companies, most of their markets and customers are in China. It will be ideal for them, if their shareholders are also in the country.

For example, Pinduoduo, which surpassed Baidu in terms of market value last year, has over 585 million active buyers and more than 5.1 million merchants annually, mainly in the Chinese market.

Baidu Chairman and CEO Robin Li said in an interview that Baidu had communicated with the CSRC after going public in the U.S. in 2005, hoping to return to the A-share market. "We don't need special policy support, just let us go." Li said.

William Ding, the founder and CEO of NetEase, also publicly expressed his consideration of returning to the A-share market.

For companies with a VIE structure, the CSRC said it would seek advice from authorities overseeing the applicant's industry, as well as the National Reform and Development Commission and the Ministry of Commerce, and make decisions in accordance with relevant laws and regulations.

Meanwhile, innovative companies that have yet to be listed overseas should report to the CSRC on matters involving the use of foreign exchanges such as the reduction of stake before making their application, according to the adjustment.

The CSRC has also pledged to be strict in scrutinizing the applications to prevent market risks, and impose severe punishments in the event of fraud.