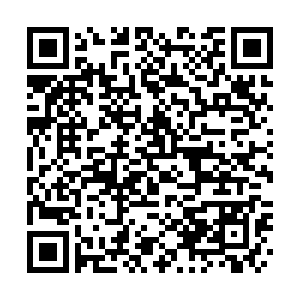 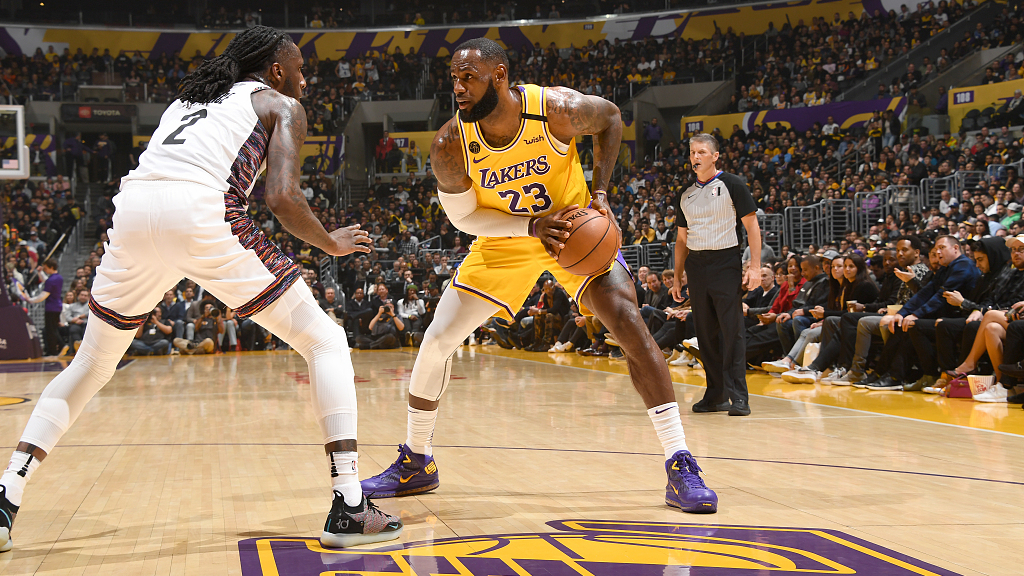 Los Angeles Lakers superstar LeBron James said Thursday he's ready for the NBA to return, refuting a report some agents and team executives want the league to scrap the 2019-20 season.

"Saw some reports about execs and agents wanting to cancel season??? That's absolutely not true," James wrote in a Twitter posting.

"Nobody I know saying anything like that. As soon as it's safe we would like to finish our season. I'm ready and our team is ready. Nobody should be canceling anything."

CNBC reported Thursday that unnamed player agents and club executives say team owners worry about liability issues due to health concerns and a lack of revenue from playing in an empty arena for a television audience. 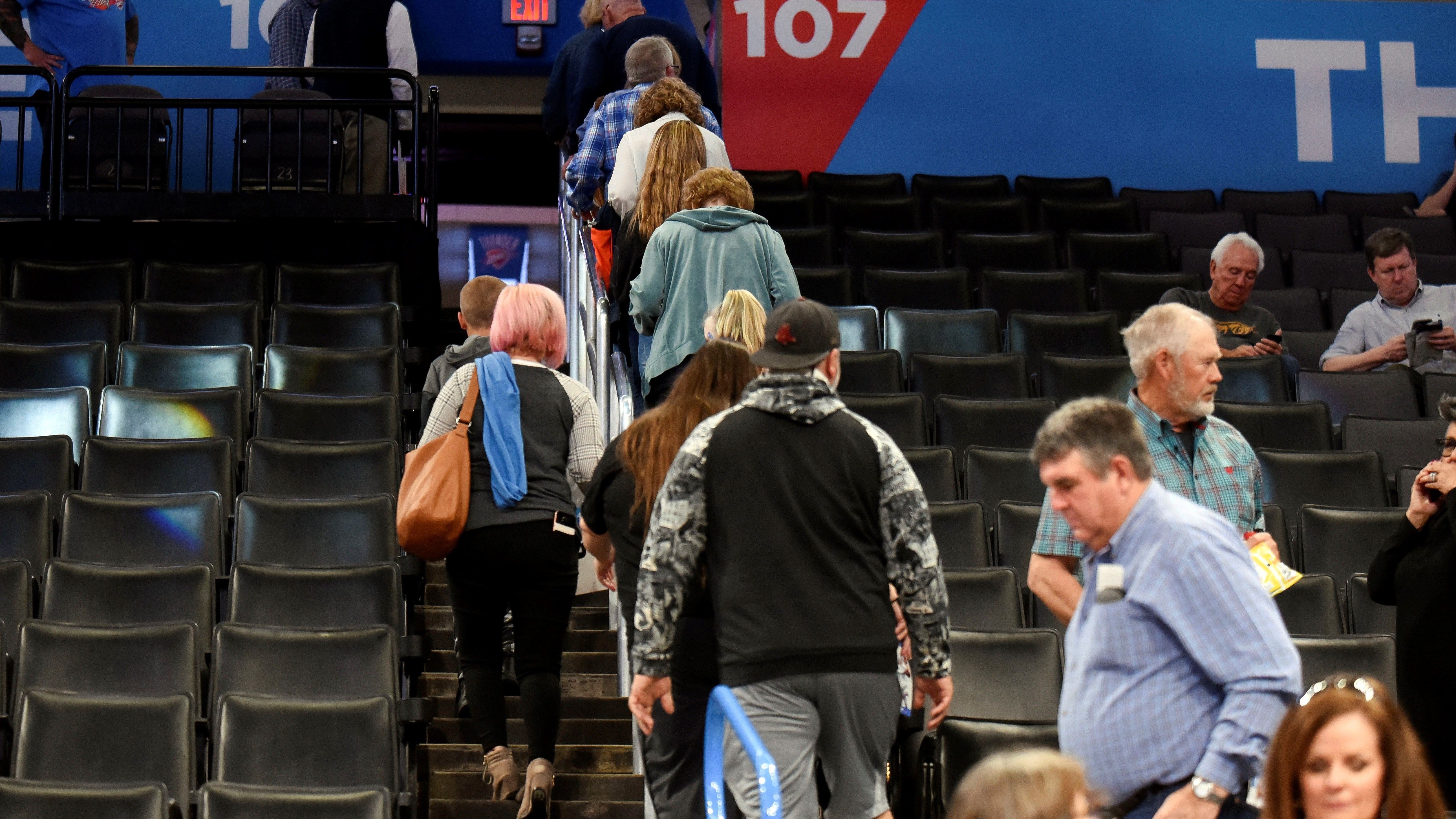 Fans leave the Chesapeake Energy Arena in Oklahoma City, Oklahoma after the game between the Utah Jazz and the Oklahoma City Thunder is postponed, March 11, 2020. /AP

Fans leave the Chesapeake Energy Arena in Oklahoma City, Oklahoma after the game between the Utah Jazz and the Oklahoma City Thunder is postponed, March 11, 2020. /AP

The NBA and National Basketball Players Association (NBAPA) has agreed to withhold 25 percent of players' pay starting next month.

With that issue resolved CNBC reported that many owners have no desire to return because other sources of revenue are down and despite a massive media rights deal, teams are still reporting losses.

One person told CNBC a western conference team has already lost roughly 50 million U.S. dollars this season and doesn't have much incentive to restart the campaign.

"What (owners) are saying is, 'If we return, where is the revenue that is going to justify the additional cost of returning?'," one team executive said.

"They are looking at the cost side versus the revenue side. What revenue comes in now?" 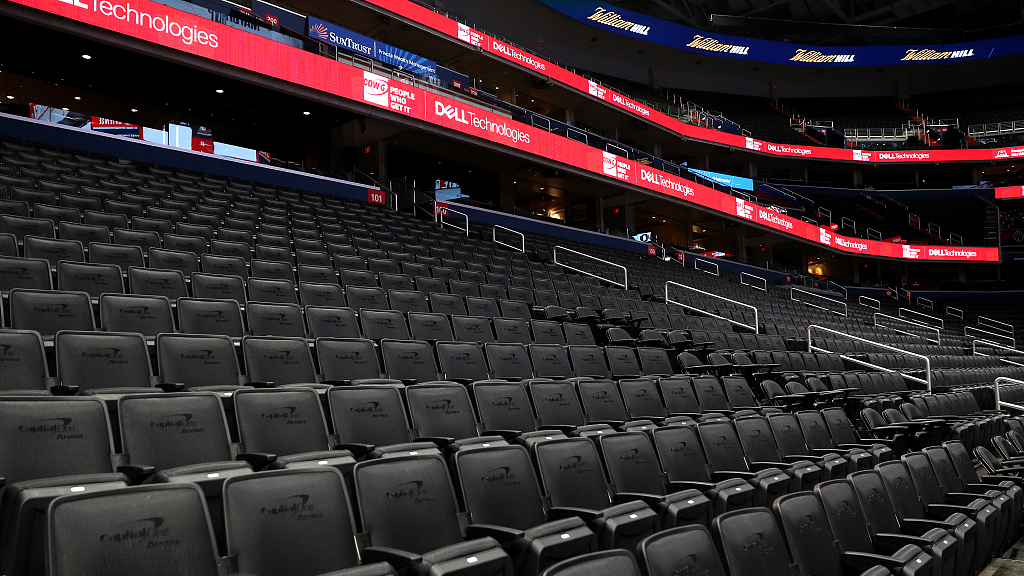 Seats are empty prior to the New York Knicks playing the Washington Wizards at Capital One Arena in Washington, DC, March 10, 2020. /VCG

Seats are empty prior to the New York Knicks playing the Washington Wizards at Capital One Arena in Washington, DC, March 10, 2020. /VCG

Despite the reservations, the NBA has given every indication it plans to complete the current campaign.

Earlier this week, the league says individual workouts will be permitted at team facilities starting May 8 in areas where governments permit it, seen by many as a step on the path for the season's resumption.

A number of scenarios of where the NBA might be able to restart also have been floated. After a nomination for Las Vegas or the Bahamas, the Disney Resort in Florida emerged as the latest option for hosting all games if the season resumes given its practicality to maintain social distancing from the general public in the resort.

"It is the responsibility of the league office to explore all options for a return to play this season," an NBA spokesman told CNBC.

"We owe that to our fans, teams, players, partners and all who love the game. While our top priority remains everyone's health and well-being, we continue to evaluate all options to finish this season."