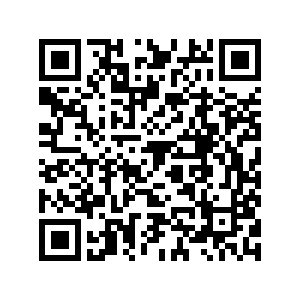 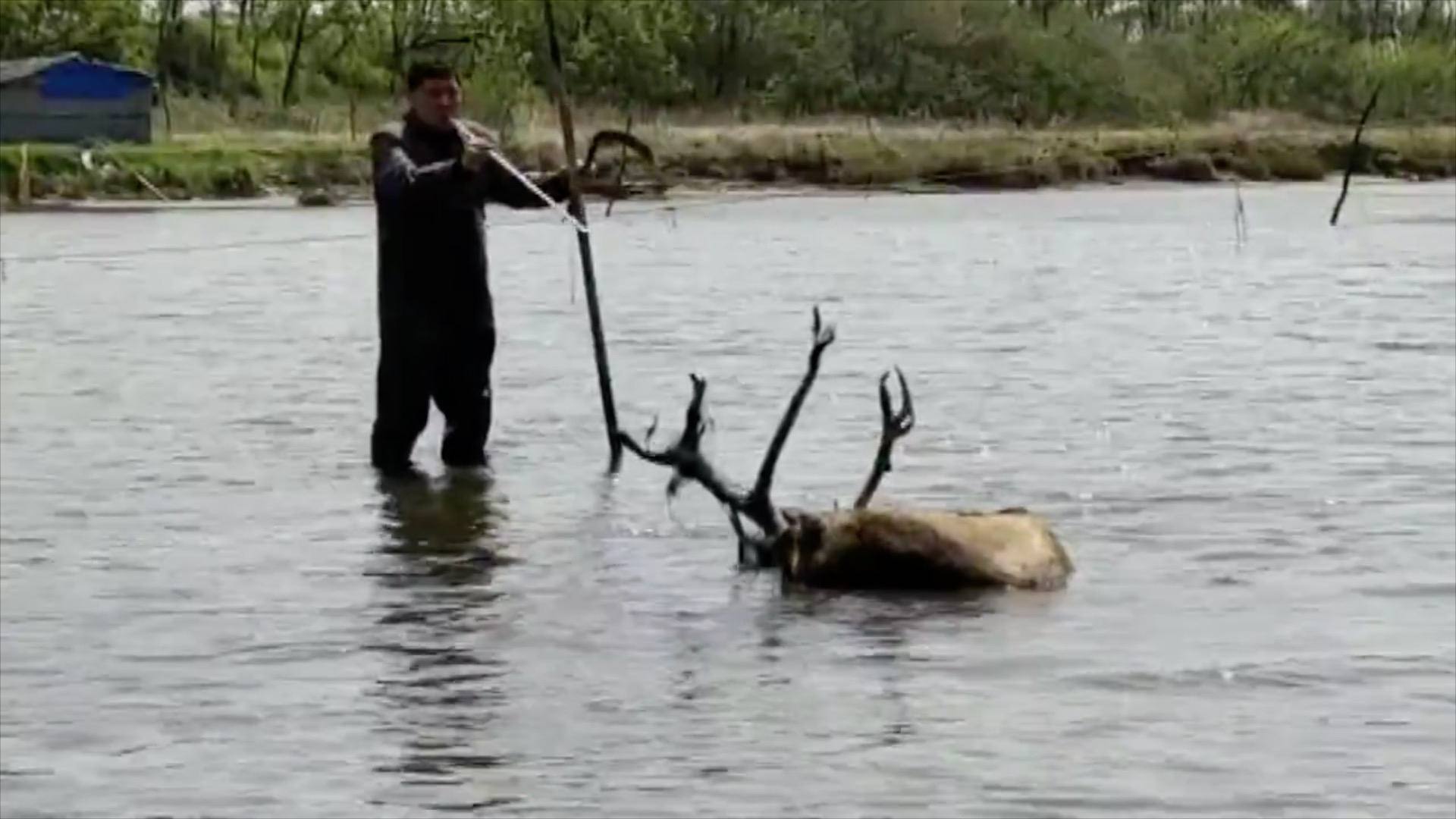 The local police station in Yancheng City, Jiangsu Province in east China received an unusual case on Sunday. Villagers reported that a Milu deer was trapped in a fishpond. The deer's antler was tangled in fishnets and wires, which tightened the more it struggled. Though the fishpond was not deep, the deer was unable to free itself and risked drowning.

Unable to get close to the struggling animal, the police officers contacted the nearby milu deer reserve. Staff from Jiangsu Dafeng Milu National Nature Reserve came to the scene. They anesthetized the deer and cut the fishnets with a knife. The milu deer was set free and went back into the wild. 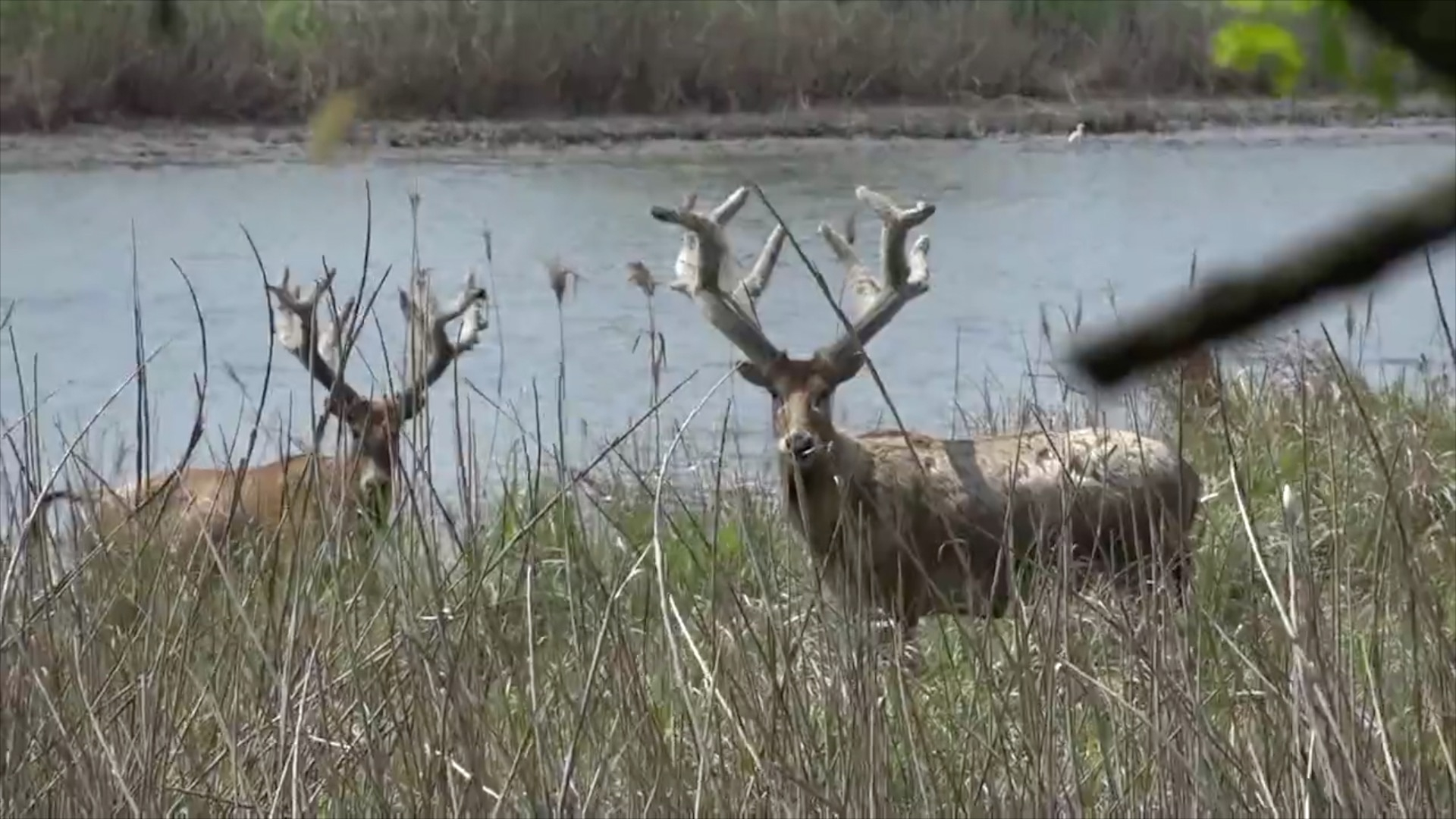 As an endangered species, the milu deer is under first-class protection in China.

(Cover image is a video still)