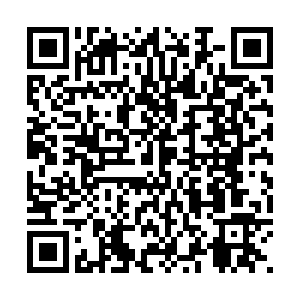 U.S. oil giants Exxon Mobil and Chevron said Friday they were curtailing some production as they slash capital spending in response to an acute industry downturn in the wake of the coronavirus crisis.

Both U.S. oil giants announced the belt-tightening moves as they reported first quarter results, a period that saw oil prices retreat, but which preceded the first-ever drop in U.S. crude futures to negative territory in April.

Results are expected to be far worse in the second quarter.

Exxon Mobil, which reported its first quarterly loss in decades Friday, said it would curtail 400,000 barrels of oil-equivalent per day in the second quarter for "economic" reasons.

Exxon Mobil Chief Executive Darren Woods said the company expects a difficult second quarter, but he pointed to "encouraging" signs in China as it has begun to ramp up its economy following coronavirus shutdowns. Some U.S. states have also lifted shelter-in-place directives in recent days.

"The basic drivers of energy demand have not changed because of what we say today," said Woods, who added the company remained committed to investing in new energy projects in expectation of a rebound.

"It's a really a question of time," Woods told an analyst conference call, adding that the company could further trim its spending if needed.

Shares of both companies fell, but Exxon Mobil dropped much more significantly as the company faced skeptical questions from analysts over its strategy.

The loss included 2.9 billion U.S. dollars in non-cash costs on inventory and assets because of low commodity prices.

Exxon Mobil reduced capital spending by 30 percent to around 23 billion U.S. dollars for 2020 and will trim operating expenses by 15 percent.

The company will slow some projects in the US Permian Basin and Mozambique, as well as expansions of downstream and chemical plants.

The oil and gas production that has been shut is short cycle and could be ramped up quickly if crude prices suddenly improve, company officials said.

Woods defended recent company moves to take on billions of dollars in new debt and a decision to maintain its dividend. On Thursday, European rival Royal Dutch Shell cut its dividend for the first time since the 1940s.

"We think the dividend is an important part of the value proposition we provide to our investors," Woods said.

The company could revisit the dividend if confronted with "some sustained structural" decline, he said. "But we're not seeing that today."

Asked about Shell, Woods said "I don't really look to what Shell is doing to decide our dividend policy, frankly. It's a function of our investment base and the commitment we've made to them."

Although oil and natural gas prices were lower than in the year-ago period, the company's downstream division scored much higher profits due in part to lower crude prices.

Still, the company's press release noted that "financial results in future periods are expected to be depressed as long as current market conditions persist."

Chevron announced it was further trimming 2020 capital spending by 2 billion to 14 billion U.S. dollars in response to the operating environment. The company in late March had slashed the budget by 20 percent.

"Chevron is responding to these unprecedented challenges by making changes to what we control, and with a commitment to protect the long-term health and value of the company," said Chief Executive Mike Wirth.

Like Exxon Mobil, Chevron has also strongly committed to maintaining its dividend.

Moody's analyst Pete Speer said Chevron's results were "solid" under the circumstances and that the company's measures to lower spending "position it well to ride out the coronavirus pandemic challenges and preserve its credit profile."

By contrast, Speer said Exxon Mobil had much higher negative cash flow during the first quarter, adding that "rising debt in 2020 will continue to pressure ExxonMobil's credit profile."