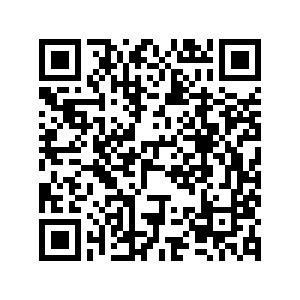 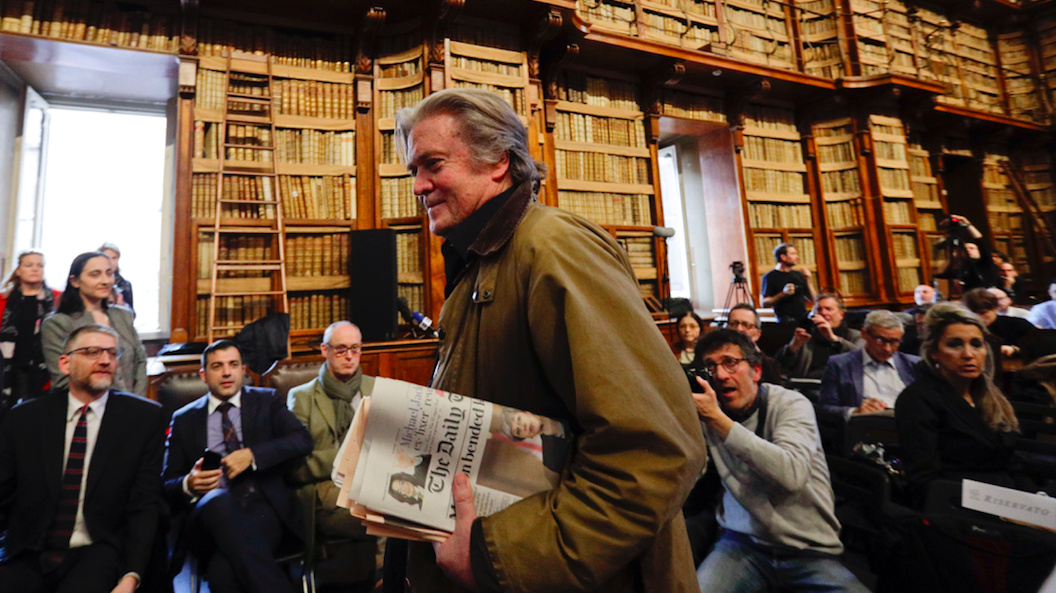 Former Trump campaign and White House advisor Steve Bannon this week told the talk show: "United We Stand" that China had committed a "biological Chernobyl" against the United States. Proceeding to advocate the conspiracy theory that the virus leaked out of the laboratory, he then accused China of "premeditated murder" and said that Beijing owes the U.S. "trillions" as a result. The rhetoric echoes those within the Trump administration and congress saying the same thing, in line with the approaching U.S. election.

Steve Bannon is one of the chief architects of Trumpism as we know it, in both doctrine and word. A nationalist media mogul who run the far-right news outlet Breitbart, Bannon in 2015 and 2016 helped Trump craft his vision of "America First" by advocating a philosophy that the United States ought to consider its own interests exclusively against that of the rest of the world, oppose globalization and pursue confrontation with China as the primary "threat to America".

In doing so, Bannon's strategy and modus operandi is floated on advocating deliberate misinformation with the goal of spurring up nationalist anger and exaggerated perceptions of threat in its target audience, thus creating momentum for aggressive populist policies. It is designed to create deliberate insecurity in American conservative identity.

Thus, it is important to note that the objective of such rhetoric is not whether it is factually true or not, but for the given sentiment which it creates and how the such identity based anger drives and uproots established political conventions.

For a long time his focus included a prominent focus on Islam and other groups: Breitbart would advocate hatred towards ethnic minorities migrating to the United States, whip up fears of crime and terrorism amongst such groups and argue they were eroding America's identity and way of life.

This involved the weaponization of conspiracy against the Obama administration to sow discord and thus the broader discourage that they were in effect dismantling America through adherence to liberal ideas, globalism and internationalism.

On this plateau, his work with the Trump administration therefore concerned weaponizing an all-embracing sentiment that America was in decline and it would be the nationalist dogma of the president who would salvage normality against the politicians who had betrayed and sold out the country to parties like China and liberal ideologies.

Bannon advocates the belief that China is responsible for the hollowing out of America's industrial base and job losses. He argues Beijing has long waged an economic war against the U.S., and America is locked in a clash of civilizations for its own identity. 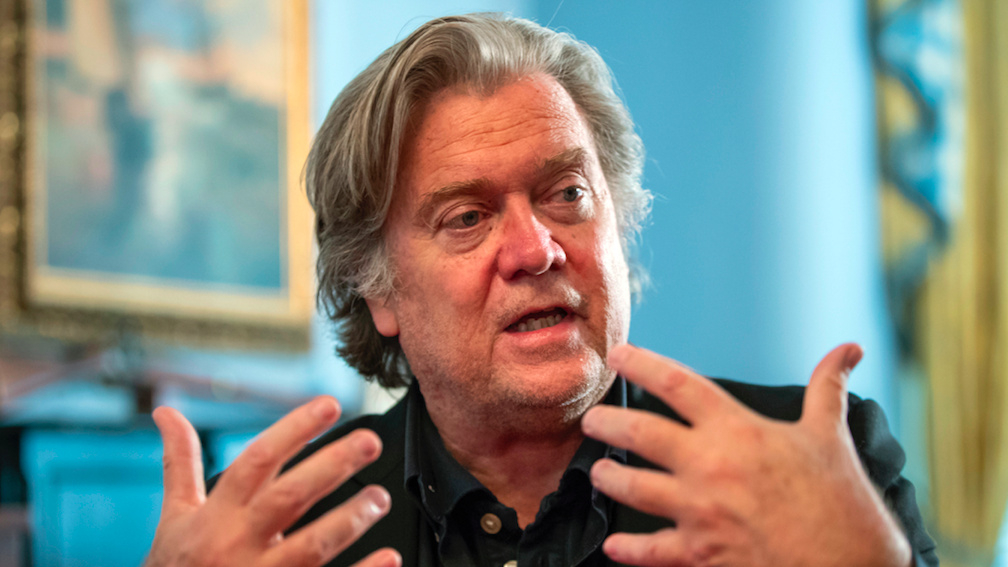 Given this, it is not surprising that Bannon is now crawling out of the woodwork to support Trump's 2020 campaign either directly, or indirectly by weaponizing the Wuhan lab conspiracy theory, as are many others on the right.

To accuse China of an intentional biological attack against the United States is a tactic straight from his standard playbook, being based on no evidence whatsoever and designed to whip up fear and hatred amongst core Trump supporting demographics, thus accumulating in his plans to wage further confrontation against Beijing to the administration's gain.

With this, one should conclude swiftly that Bannon is a modern day demagogue. His political impetus is founded completely upon hatred, deception and nationalist dogma in the view of pushing a very sinister, malign and divisive agenda. It is as of present not clear how much he will feature in the upcoming Trump campaign, but his presence and influence will be hardly surprising.

Irrespective however, Bannon is nevertheless the man who has built many aspects of Trump's political doctrine and strategy, the author of "America First" and "Make America Great Again" politics, and thus as the White House itself spreads the same bogus conspiracy theory, it is always worth looking back to the root of this nasty politics, the very individual who assisted in making populism, disinformation and identity driven nationalism a mainstream force in U.S. politics. Bannon is reprehensible in both word and deed.