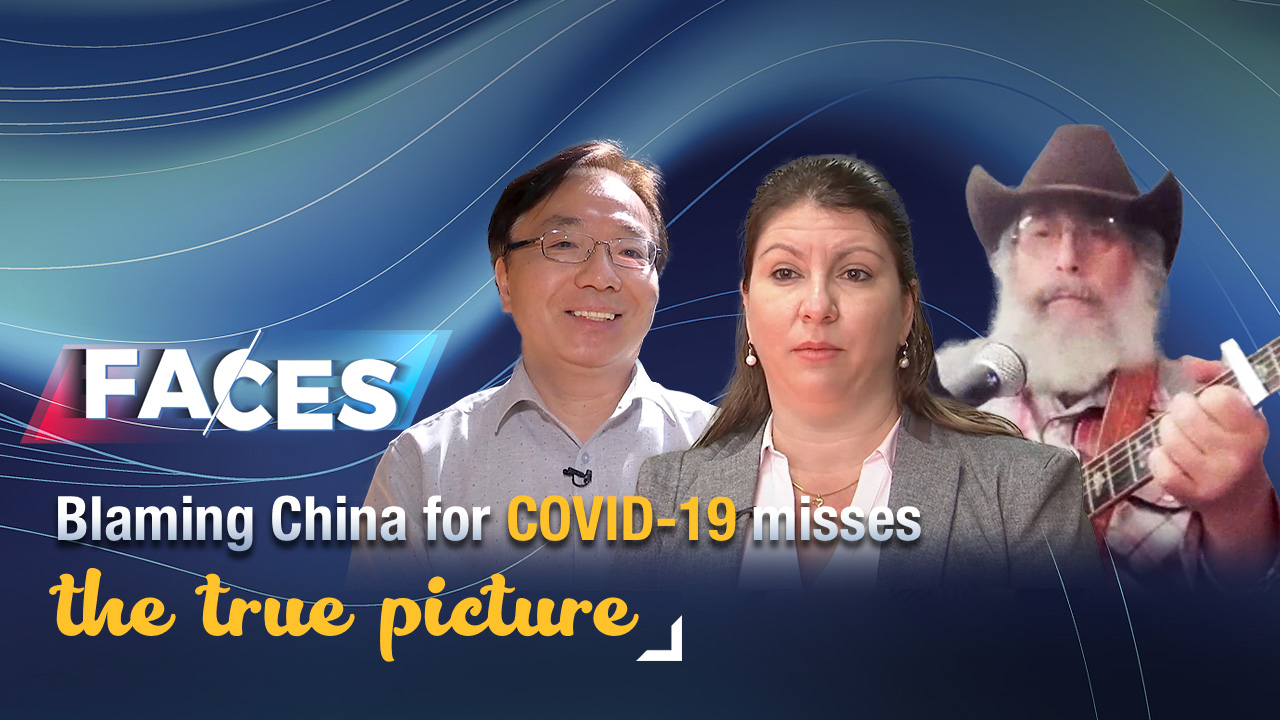 Editor's note: Global COVID-19 cases have surpassed the three million mark. Many countries across the world are trapped in the fight against the pandemic. How should the international community deal with the new situation? Mark H. Levine, a foreign expert from Minzu University of China, Yailen Barreiro, production director from Biotech Pharmaceutical Co., Ltd and Albert Chong, chief scientist of Beijing Electric Vehicle Co.,LTD share their views with CGTN. The opinions expressed in the video are theirs and do not necessarily represent the views of CGTN.

CGTN: According to a recent research, China's control measures may have prevented 700,000 COVID-19 cases. Why did China's measures work?

Mark: I was just talking to one friend today, and she was explaining how Chinese people recognized that this was a common problem, and worked together. And even though it may not have been a particularly comfortable thing, it was a dramatic change from normal life, that everybody realizing that we're all in the same boat, we're in the same situation, and that there needs to be some individual sacrifice for all of us.

Once China gained a clear understanding of the nature of the problem, then I think China responded very very well. Apart from that, sometimes you start acting in a way that's really based on ignorance.

Chong: China quickly worked on a solution with transparency, and we could all relax. I find it very commendable that the government not only quarantined Wuhan but also sent thousands of medical staff to care for the people who had a hard time in hospitals in Wuhan. Some hospitals were even built within a short time to keep up with growing demand. I have never heard of something this before. It is unbelievable.

CGTN: There are more than one million COVID-19 cases in the United States. How would you compare the epidemic response measures taken by China and the U.S.?

So what was done was not exactly the same, but it was all under this centralized, coordinated plan. And part of what's happened in the U.S. is that's been lacking, and things have been left up to individual states in many regards.

Chong: There are some problems in the U.S. This is because many people greatly underestimate the seriousness of the virus. Also, some of the people don't follow the guidance and regulations set by the government. As a result, the U.S. did not have a favorable result. You can see their problems being very clear in New York City. These differences come from fundamental differences between the culture in Asia and the U.S. In Asia, people are more willing to work toward a common good.

CGTN: Amid growing calls for an international probe into COVID-19 origins, there are allegations that the virus originated in a lab in Wuhan. Are these claims tenable?

Mark: These are important questions, but you know what, this is like digging yourself into a hole. The first thing you've got to do is you've got to solve the problem. A lot of the focus seems to be "the problem is China," without any objective measures, without any serious consideration about what's really going on and what is the priority. And the priority is we must act to stop this, and that just as what occurred in China, where we have solidarity, people recognizing there's common interest. Well there must be a common interest around the world, as opposed to placing one person or one country ahead of the others.