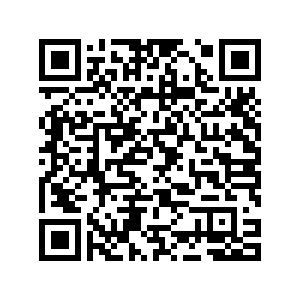 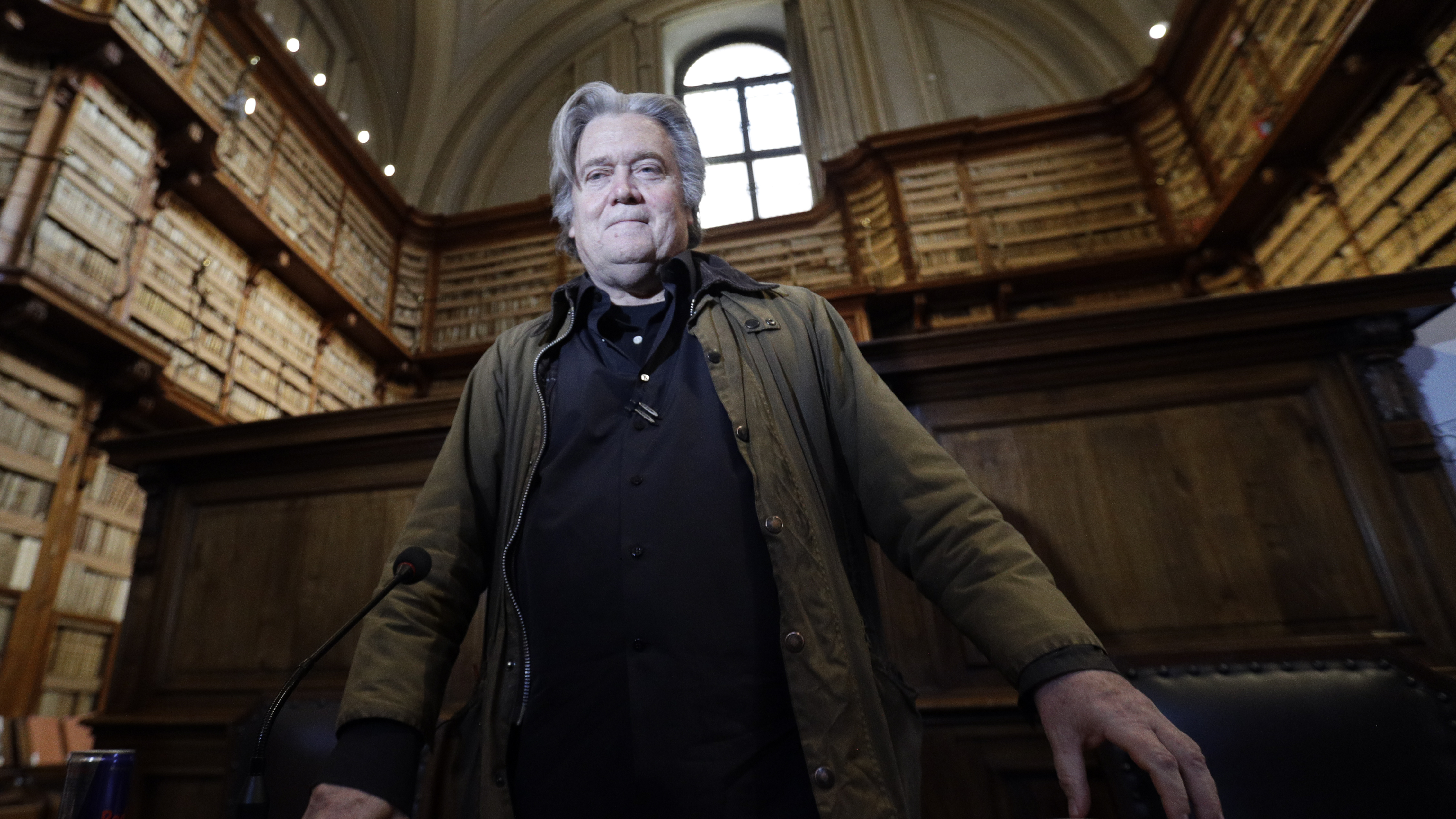 Editor's note: Hannan Hussain is an assistant researcher at the Islamabad Policy Research Institute (IPRI), and an author. The article reflects the author's opinions, not necessarily the views of CGTN.

In an interview on April 30, former White House chief strategist and known far-right nationalist Steve Bannon emerged from the fringes and criticized China's handling of the COVID-19 pandemic. "The Chinese Communist Party is going to have to pay," said Bannon. "I think the world's going to hold them in judgment, and that judgment is not going to be very pretty. They owe trillions, if not tens of trillions of dollars," he added.

The irony doesn't end here. Steve Bannon has a history of mounting sensational offensives against Beijing, from castigating a diplomatic consensus during the U.S.-China trade deal to backing unsubstantiated U.S. intelligence reports that are still at a loss for any concrete data.

Back in 2017, he was one of the most vocal proponents of an economic war with Beijing, pushing the White House to be "maniacally focused" on such hostilities because to him "the economic war with China is everything."

Hence, last Thursday's comments must be seen as an extension of that deeply politicized anti-China animus that Bannon has helped champion within the Trump administration's corridors and has used to develop his so-called acumen for U.S. foreign policy.

Contrary to Bannon's claims, there are no trillions up for grabs, because Washington's reckless handling of the pandemic – from suppression of information to a coordinated political campaign against China – has eclipsed the credibility of the serving administration, which feels the need to market reparations in the absence of hard facts to back any anti-China assertion.

His vitriolic offensive against the Communist Party of China is also an attempt to gain political relevance at a time when Bannon has been operating at the fringes of American politics, unable to undo his rapid fall into oblivion since first leaving the White House.

A glaring example of this desperation is his convergence of ideas with the Trump administration stance: Beijing kept early information "hidden from us and people lied about it."

A series of leads from The Washington Post lay bare Washington's lax attitude towards the pandemic in the earliest known stages of the outbreak, and how U.S. intelligence reports on China's COVID-19 handling were found to be both inconclusive and marred by assumptions, according to serving officials themselves.

Dressing these shortcomings as part of a larger narrative debate, handled by far right fanatics as opposed to real statesmen, is hitting America the hardest. Bannon offers no insights in his interview on why American allies seem to be staying their hand on any such reparation remarks, or what factors are driving Washington's attacks on China when the people of America are protesting to keep Trump – not Beijing – accountable for its current handling?

Of course, addressing these questions would mean employing hard facts that run contrary to a vehemently nationalist, deeply polarizing U.S.-China friction which Bannon himself has helped architect and amplify. That is simply not his goal here.

It is important to note that some of America's leading academics – a lifelong threat to the likes of Bannon – have called the bluff on Washington's reparation argument, making it clear that the proposition was a self-manufactured one with no pre-existing mechanism for accountability in existence. 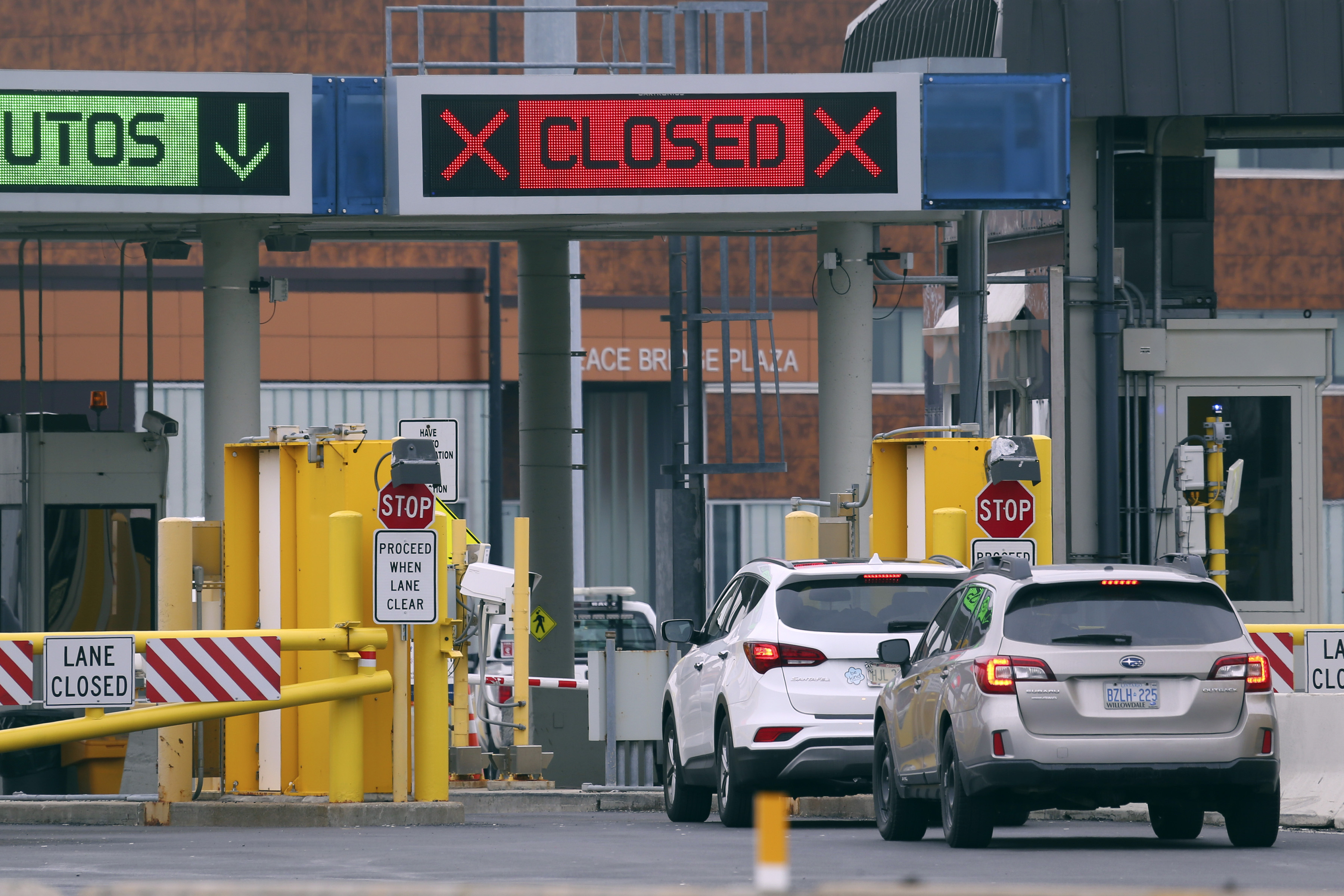 Vehicles wait in line to cross into Canada at the Peace Bridge Plaza in Buffalo, New York, March 18, 2020. /AP

Vehicles wait in line to cross into Canada at the Peace Bridge Plaza in Buffalo, New York, March 18, 2020. /AP

In fact, some of the U.S. officials who Bannon implicitly praised during the interview "regardless of political ideology," have been floating the idea of compromising China's "sovereign immunity" as a means to seek reparations.

The problem with both Bannon and Trump officials is this: the global order no longer works at the commands of the United States, and targeting China's immunity – even rhetorically – does not make America's case for a fact-loving messiah at the peak of a global crisis. It only exposes it.

In another interview, Bannon predicated his anti-China offensive on the flawed assumption that "95 percent of the economic devastation and 95 percent of the people dead" was somehow Beijing's doing.

Producing numbers out of thin air and pitching them to select circles of violent nationalists and hate-mongers would induce only one result: Bannon acquired some press time.

Because in truth, China's gains on COVID-19 containment and cooperation are marked by acclaim from both the American scientific community and the global community at large. It is a firm belief in transparency that induced that outcome, not some alleged cover-up.

Bannon has also drawn groundless parallels between China's COVID-19 response and what he called a "premeditated murder" reflective of a "biological Chernobyl." This belligerent assertion is hardly a surprise given how Bannon has made an entire reputation on the back of the racist, xenophobic and violence-prone Breitbart News.

Spending years championing aggressive confrontational policies with Beijing, Bannon time and again pulls off a "responsible American citizen" act that demands he speaks in the interests of America.

But the prerequisite to that is to first call the bluff on Trump's own scapegoating of Beijing and join the multitude of scholars who believe American lives have a greater value that occupies the top of Washington's political agenda: "Leaders should deploy their political capital wisely against COVID-19 for another reason. Relationships can take years to nurture and seconds to destroy."

Let it be known: Bannon was never a man of the people, let alone a man of peace with Beijing.