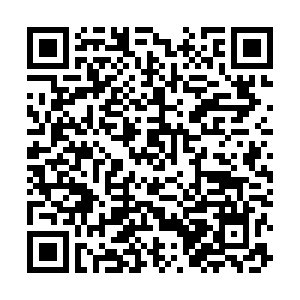 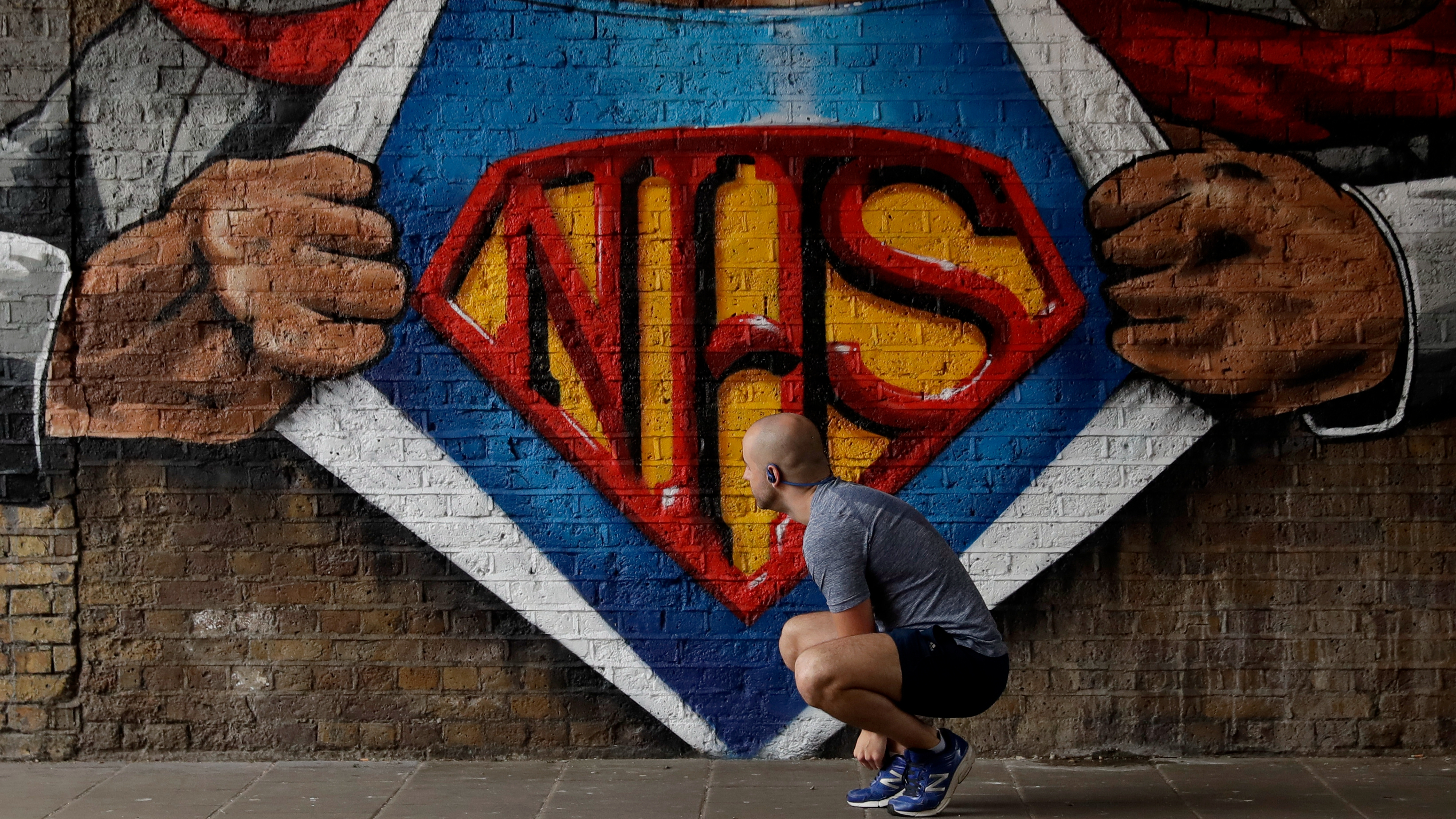 A jogger stops to tie his shoelace next to a recently painted NHS (National Health Service) Superman design mural by street artist Lionel Stanhope during the coronavirus lockdown, in the Waterloo area of London, May 3, 2020. /AP

A jogger stops to tie his shoelace next to a recently painted NHS (National Health Service) Superman design mural by street artist Lionel Stanhope during the coronavirus lockdown, in the Waterloo area of London, May 3, 2020. /AP

The British government failed to decisively act against COVID-19 for 48 days. A comprehensive outline of government tweets and messages on the topic revealed. As Britain and other countries weaponize a politics of blame against Beijing after experiencing catastrophic outbreaks of the virus in their own countries, in practice the government of the United Kingdom in fact wasted an entire window from mid-January to March whereby it took only small actions, playing down the risk, made gesture recommendations and arguing that the country's capabilities were robust, well stocked and well-prepared to handle any potential situation. It was not until it became too late that the government's position changed, and a blame game against China drastically followed.

British government rhetoric on COVID-19 first emerges around January 23, as the situation began to escalate in Wuhan and Hubei. Statements came not directly from Boris Johnson or Downing Street, but the Health Secretary Matthew Hancock. His first statement on the virus, issued to the House of Commons, said "the risk to the United Kingdom is low."

The next day, he followed this up with a tweet which stated that he had presided (and notably not the Prime Minister) over the United Kingdom national security council COBR. He said "the government are taking all necessary precautions to protect the public" but that "the risk to the UK remains low." The day after, he then stated: "the NHS remains well-prepared and well-equipped to deal with all eventualities". Around this time, the UK's Chief Medical Officer, Chris Witty, stated: "The World Health Organization has rightly responded quickly and China has introduced strong public health measures."

Despite these preliminary warnings; the UK government moved only to make small gestures throughout the month of February. In the first few days, the first official advice which emerged from the department of health and social care twitter accounts simply encouraged people to "wash their hands" and "use tissues"– part of what was known as the "catch it, bin it, kill it campaign." It did not recommend social distancing, or for that matter anything else. This messaging continued throughout official UK government accounts all the way through February. 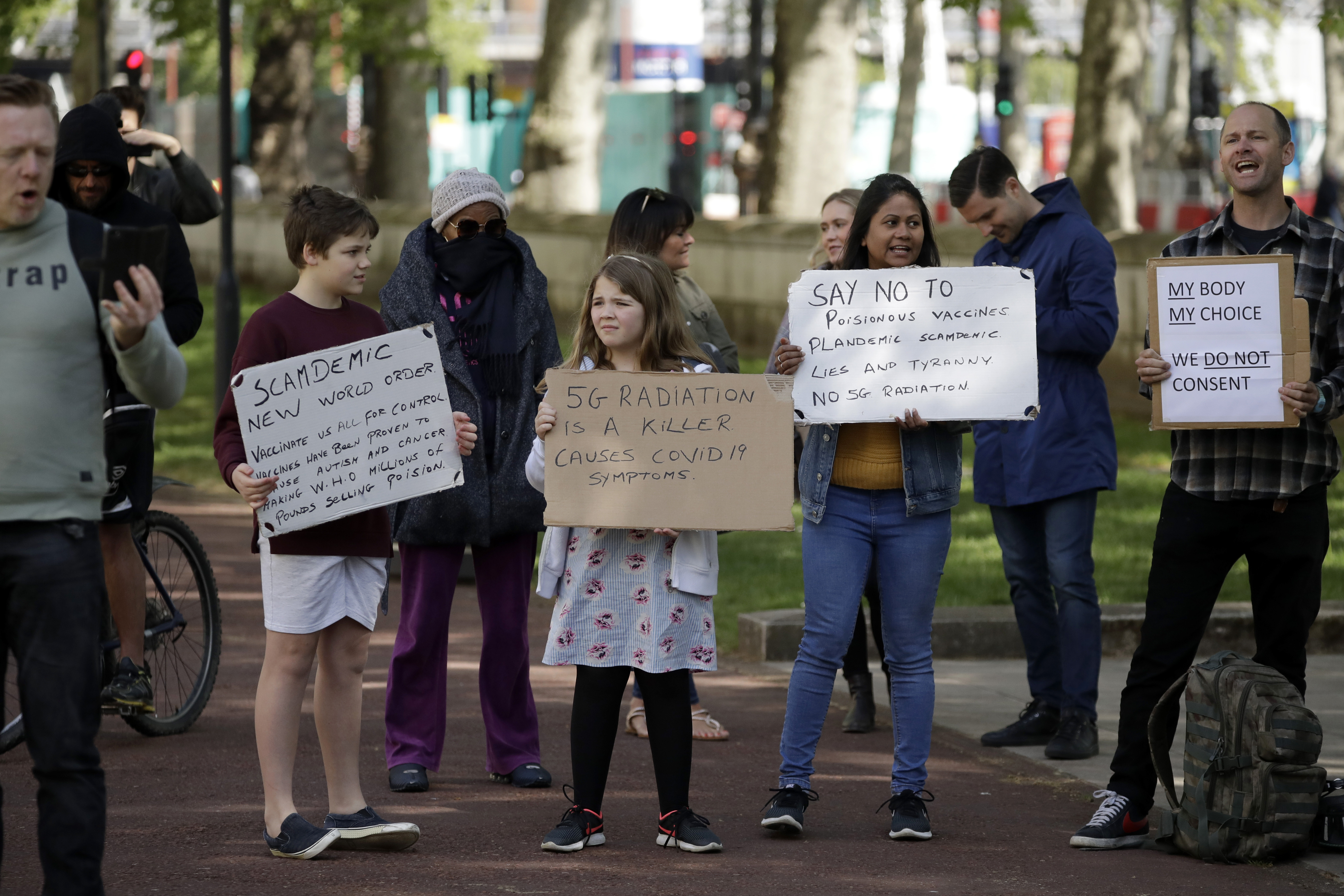 People take part in a coronavirus anti-lockdown, anti-vaccine, anti-5G and pro-freedom protest near Scotland Yard, the headquarters of London's Metropolitan Police Service, in London, May 2, 2020. /AP

People take part in a coronavirus anti-lockdown, anti-vaccine, anti-5G and pro-freedom protest near Scotland Yard, the headquarters of London's Metropolitan Police Service, in London, May 2, 2020. /AP

It would not until February 28 that Boris issued his first personal advisory on COVID-19, this was his first public comment on the matter, excluding a diplomatic phone call with Chinese President Xi Jinping. However, the messaging did not change either, he simply urged people again "to wash their hands" which he quoted as "the best single piece of advice we can give."

It was thus not until March came that the British government's messaging began to transition, although not drastically at first. Boris began to make more personal appearances concerning the virus, but persisted only with the "wash hands" rhetoric. He visited a hospital and also chaired his first COBRA meeting on March 2 (The Times of London alleges he skipped it five times, the above appears to support this) after this meeting, Boris then quoted: "this is a problem I think is likely to become more significant" making a similar remark to the BBC later.

He then proceeded to hold his first full press conference on the matter by March 3- Despite this he also stuck to the "wash hands" rhetoric and advocated nothing new. He also quoted in this briefing: "I have no doubt at all that with the scientific advice that we have, with the levels of preparedness that we have, with our fantastic NHS, our ability to test and to survey the spread of the disease that this country is going to get through the coronavirus."

It was not until March 12 that the UK government COVID-19 strategy then changed from "contain" to "delay" whereby social distancing measures were finally introduced. Daily government press conferences then began by the March 17. It would not be until the March 25 that emergency powers would be passed through parliament which effectively authorized closures of restaurants, businesses and other non-essential facilities the following day. It was then only three days later after the lockdown began that anti-China rhetoric began to emerge in the British media, with the Mail on Sunday's article demanding a "reckoning" appearing on the same weekend.

In this case, what we see both is an exhaustive timeline of how the British government failed to initiate swift action against the virus for a period of potentially up to two months. Officials repeatedly exaggerated Britain's preparedness and based an entire containment phase upon the premise of tissues with a singular emphasis on imported cases from China. When they then decided to act, it was too late and by coincidence, the Beijing blame game immediately followed, U-turning on previous praise for the WHO and China offered by the country's authorities.