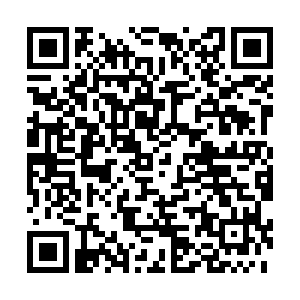 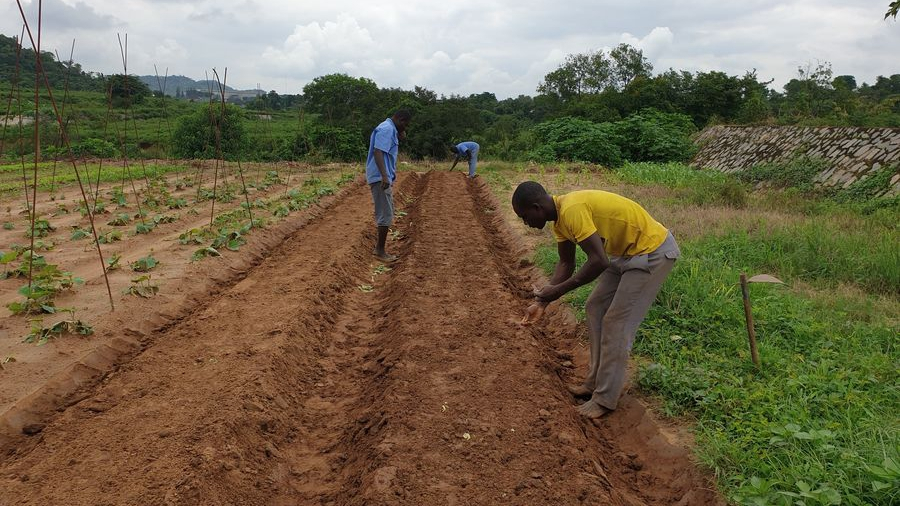 We are writing to call for a set of internationally coordinated, locally relevant actions to address the medium- and longer-term impacts of COVID-19 on agriculture, food, and nutrition security.

The current global health crisis has disrupted supply chains and laid bare the need to address the inter-related challenges of hunger, malnutrition, climate change, and environmental degradation and has emphasized the need for concerted, proactive and collective actions to achieve the sustainable development goals (SDGs) adopted by the UN in 2015.

We agree with much that is in the strong statements issued by several leading international entities, including the IMF, World Bank, Food and Agriculture Organization (FAO), International Fund for Agricultural Development (IFAD), and the Committee on World Food Security (CFS), the Food and Land Use Coalition, and the GCARD Road Map by the Global Forum on Agricultural Research (GFAR), the International Dryland Development Commission (IDDC), and the Malabo-Montpellier (MaMo) Panel, among others.

On-going research and development at leading institutions like Wageningen University, the Consultative Group for International Agriculture Research (CGIAR) and Associaton of International Research and Development Centers for Agriculture (AIRCA), dialogues organized by the World Food Prize, and many others are nudging the world toward the right direction.

Many of these international and regional efforts concerning policy analysis and advocacy agree on the urgent need to strengthen International Agricultural Research and Food Security Systems. We reaffirm these suggestions and want to emphasize the urgency of real action globally on the ground.

While the COVID-19 pandemic is a major public health crisis, food systems around the world are also under great stress. Consumers are paying higher prices, supply chains are disrupted, children are deprived of school feeding programs and families who rely on food assistance are struggling. Farmers have lost their markets and are worried about harvesting their current crop and planting for the next season.

Some governments have responded to the crisis with export bans and import restrictions, which can exacerbate price swings and trade tensions that were already high before the COVID-19 outbreak. Governments must keep trade flows open with sensible export and import policies. Others have responded with humanitarian actions and have tried to ensure the effectiveness and efficiency of the food supply chains.

While these efforts have been laudable, they are not at the desired scale. We need to re-build resilient local and regional supply chains based on diversified local food systems and sustainable natural resource management.

Concerted actions are urgently needed to ensure crops can be harvested and planted in the coming months and establishing efficient food collection and distribution systems that can deliver nutritious food to hungry people, especially women and children. And while short-term actions to address the crisis are vital, we must also address several long-term implications of the crisis for global food systems. 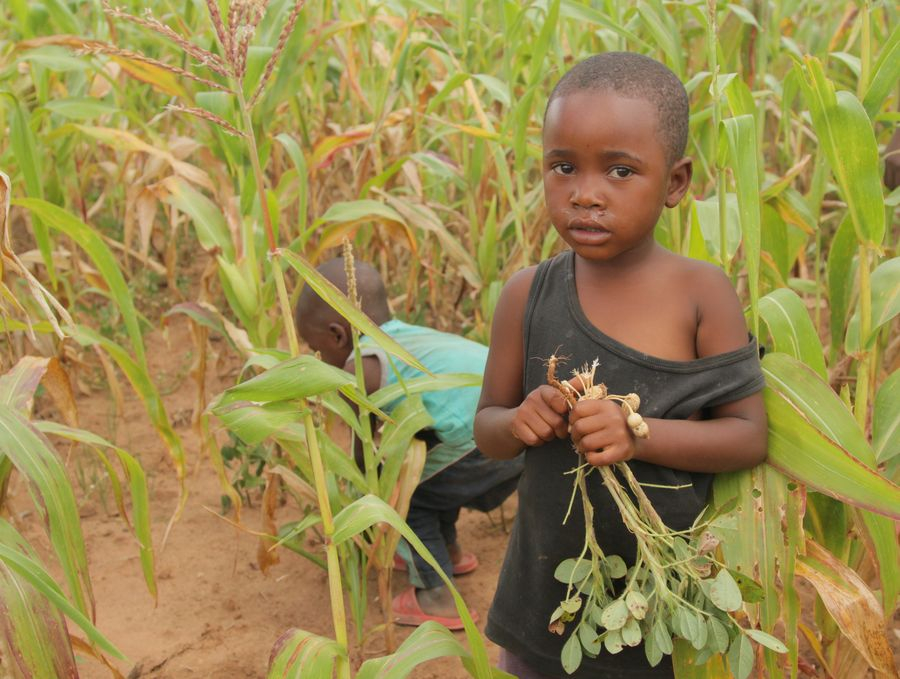 Achieving the SDGs will require actions on the agriculture and food security fronts, and such actions should be at local, national, regional and global level through a well monitored and coordinated approach.

Before COVID-19 struck, many countries were lagging in attaining the SDGs. COVID-19 will push those efforts further behind, and thus many countries need to reconsider how best to provide for the food and nutrition security of their populations in the event of long-term supply or demand side disruptions due to public health and its economic effects, while still thinking of environmental and climatic factors.

Unfortunately, research on these interlinked challenges continues in the silos of environment, agriculture, economics, and public health. We now need more transdisciplinary research to develop more resilience of our agricultural and food security systems in the medium term.

Climate change and the disaster risks it portends has not gone away, even if it has been crowded out of the media headlines by the COVID-19 crisis. But COVID-19 has demonstrated a profound impact that human activities have on our environment. Greenhouse gas emissions are declining; water and air quality are improving; birds and wildlife are returning to forsaken habitats.

But we recognize that the economic and social costs of the abrupt economic shutdown are not acceptable over the long term, yet it is an opportunity to re-emphasize the importance of conserving natural resources, especially agro-biodiversity, increasing carbon sequestration, improving soil health and water quality, generation of renewable energy, scientific eco-regional planning, efficient water and nutrient use, diversification, greater dependence on locally available plant-based food systems, etc. These would demand a paradigm shift in national priorities.

Science, Technology, and Innovation (STI) are essential in addressing COVID-19 and other global threats and challenges. The revolution in ICT and in biology can help re-imagine the food and agricultural systems to provide food security to the poor, and to transform the sector by reducing its environmental and climate footprints.

Disruptive innovations are needed to increase productivity and income though precision farming and timely delivery of inputs to farmers' fields, through a "More from Less" approach. Research should also help bring new technologies to markets, including "out-of-the-box" ideas such as meats from single cell proteins to biofuels from algae; from accelerated fish farming to improved livestock breeding to plant-based proteins. Such frameworks should enable rapid movement from "lab to land" and from "farm gate to consumer plate."

Nutrition is important to all human beings at all points of the life cycle. For women, health is a human right; their access to good nutrition is fundamental to ensuring good health and underpinning empowerment. In addition, entire families benefit from the realization of women's right to health; the children of women who are well nourished will be healthier, and those children will avoid stunting and wasting and be able to grow into more active, healthier, and productive young people.

Supporting nutritious food and agricultural systems also ensures household nutrition security. The medium and long term COVID-19 response must ensure that the needs of all women, men, and children are met, including those who are most marginalized. 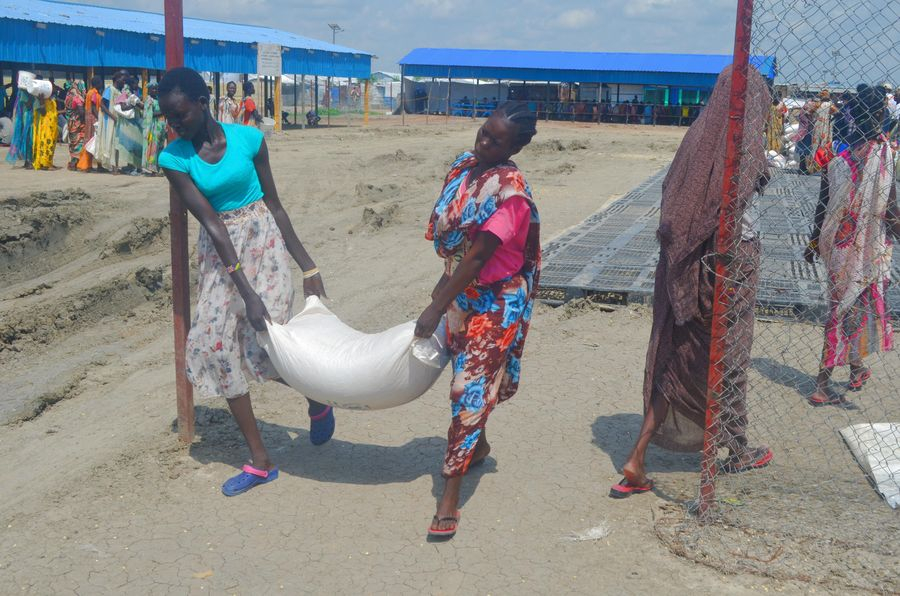 The disruption of input supplies will affect agriculture adversely for the next 6 to 24 months. Urgent action should start now to ensure that adequate credit and agricultural inputs (seeds, fertilizers, and pesticides) are available when and where needed to strengthen the ability of the farmers to deliver.

Transportation, storage and distribution systems need to be enhanced, including the capacity to change production systems to meet shifting demands.

The international community must help the poorest countries with actions on the ground. The World Bank, the Food and Agriculture Organization (FAO), the World Food Program (WFP), the International Fund for Agriculture Development (IFAD) and the regional Development banks have all played – and continue to play – important roles in supporting agriculture and food security.

Bilateral donors and regional organizations such as the European Union (EU) and the African Union (AU) also have a major role to play. Together they have operational presence in well over 130 countries and can mobilize action for a better future.

The CGIAR can enhance the global research system in working on bringing greater resilience to the Food Security system, and enhanced partnerships with National Agricultural Research Systems (NARS), the private sector, and NGOs.

The UN will be holding the Food Systems Summit in 2021. This will be a major opportunity to craft a well-organized global effort to address these challenges.

To ensure that the best practices of the few become the standard practices of the many, and that real partnerships for implementing actions on the ground are forged between all governments and the regional banks, bilateral agencies, the private sector, NGOs, and the international organizations to support farmers and consumers in all countries.

Finally, it is our firm belief that by acting collectively for the common good, motivated by our recognition of our common humanity, and driven by caring and compassion for the poorest and the weakest among us, we can help human society overcome the multi-faceted challenges to the agricultural and food security system brought on by the pandemic, and place society on a much stronger and more sustainable path of growth and balanced development.

The time for action is now.

Herman De Croo, Minister of State of Belgium, Honorary Speaker of the House;

Mladen Ivanic, Member of the Presidency of the Bosnia and Herzegovina 2012-2017; Ekmeleddin Ihsanoglu, Secretary General of the Organisation of Islamic Cooperation 2004-2014; Gjorge Ivanov, President of North Macedonia 2009-2019;

Ivo Komsic, Member of the Presidency of Bosnia and Herzegovina 1993-1996;

Rexhep Meidani, President of Albania 1997-2002, Member of the Academy of Sciences;