Scapegoating does nothing for governance
Jacques Cheminade 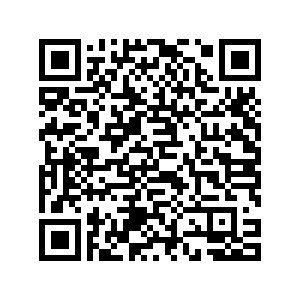 Editor's note: China has become the West's favorite target to blame for the spread of COVID-19. Jacques Cheminade, former French presidential candidate and head of Solidarity and Progress, shares his views with CGTN. Opinions expressed in this video do not necessarily reflect the views of CGTN.

Jacques Cheminade: It is notable in that context, that China, Russia and Cuba were the nations which came to help Italy, while in France and Germany and all the more in the United States, many selfish voices denounced that as a propaganda operation, even though their own countries had done very very little.

Second comes implacable commitment to tell the truth, which is symbiotic with the advantage of the other. Our official Europeans have become liars, it should be said, in France or in the United States, because we had not been able to produce or buy enough masks. They first pretended that they were not necessary. The spokeswoman of the French government even claimed that they were too difficult for us women to wear, too difficult to put, even for me, she said. This type of lie is not to be blamed as a typical characteristic of this pushy woman, but is a result of a financial world where lying is thought to be a clever move to win at the expense of the others. Lying has become, in that sense, a perverse art.

Third, if you look at the world and to the others, right in the eyes, inspired by a commitment to truth and to common good. You can anticipate, as opposed to what all our western leaders are saying about the corona virus. In fact, it's even worse. They pretend that it was impossible to anticipate something unexpected. While they accused the Chinese government not to have anticipated the importance of what they themselves have missed.

Even worse, there is a campaign, as it was said before, to scapegoat China and blame her and even sue her to pay heavy damages. To anticipate is to measure the consequences of what you do or fail to do. And it is what it's called truly to govern. If you measure those consequences, and therefore, you own responsibility, you can forecast a phase change. If instead you drop human priorities in favor of linear statistics of financial profit, you're doomed to commit political crimes.

Commitment to the advantage of the other truthfulness and anticipation is what is required. Then what they called black swans today can be expected consequences of disastrous decisions for humanity.

[The International Schiller Institute also contributed to this interview.]