Rare Animals in China: The group of 'yang' animals that roam China
CGTN 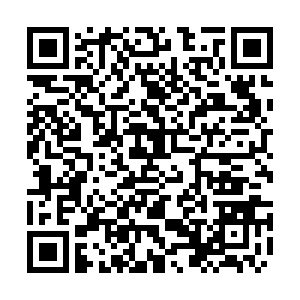 "Yang" is one of the most confusing Chinese word as it has multiple meanings. When it refers to animals, it can be both goat and sheep. That is why you may see referenced in the "year of goat" and the "year of sheep" in the Chinese zodiac. Sometimes, it also refers to other wild animals including some species of gazelle, antelope and even ibex.

You may find four different "yang" in China's National Protected Animals List. The CGTN Nature film crew has recorded three of them in the wild. Watch the video below to meet them: 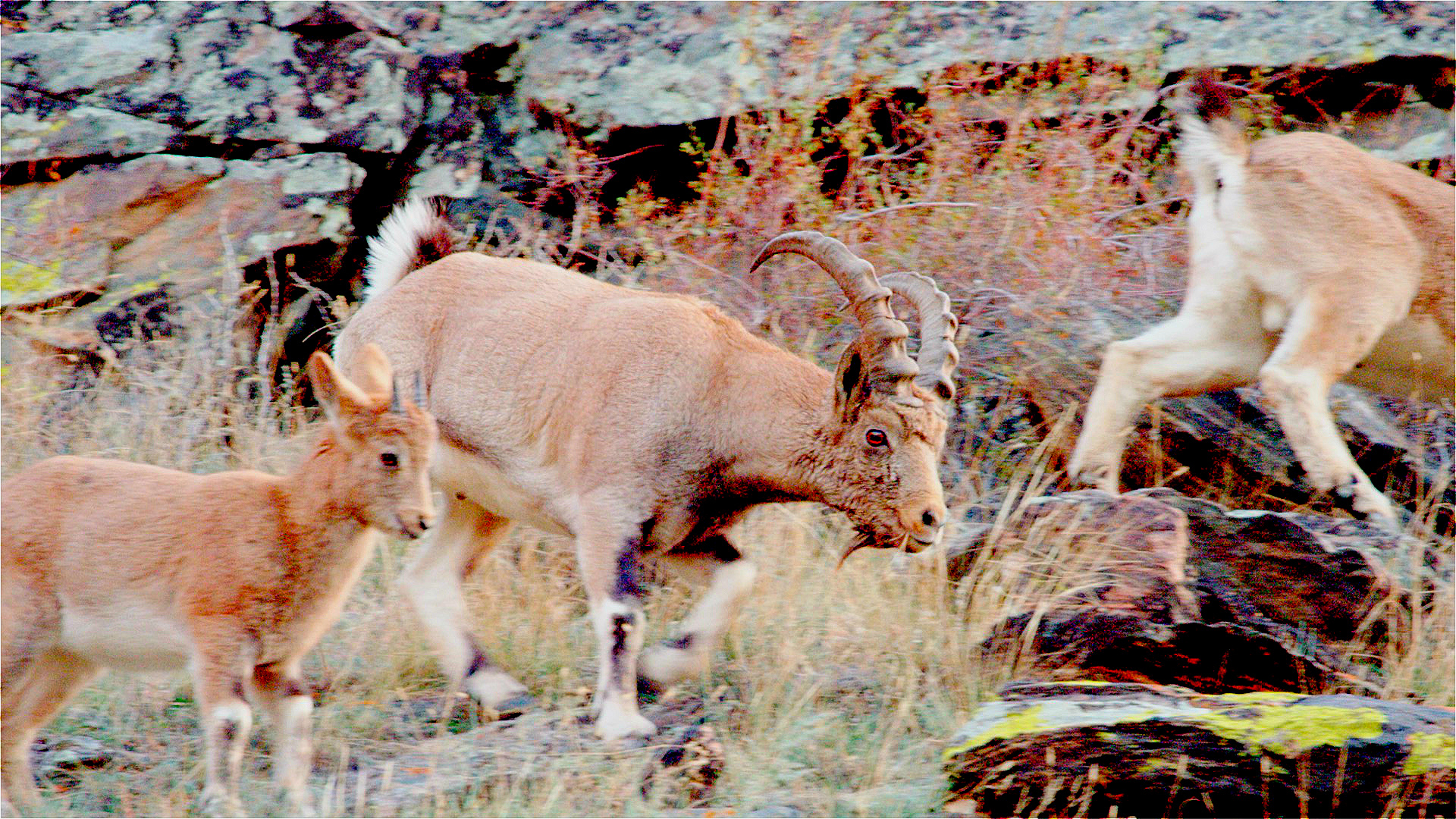 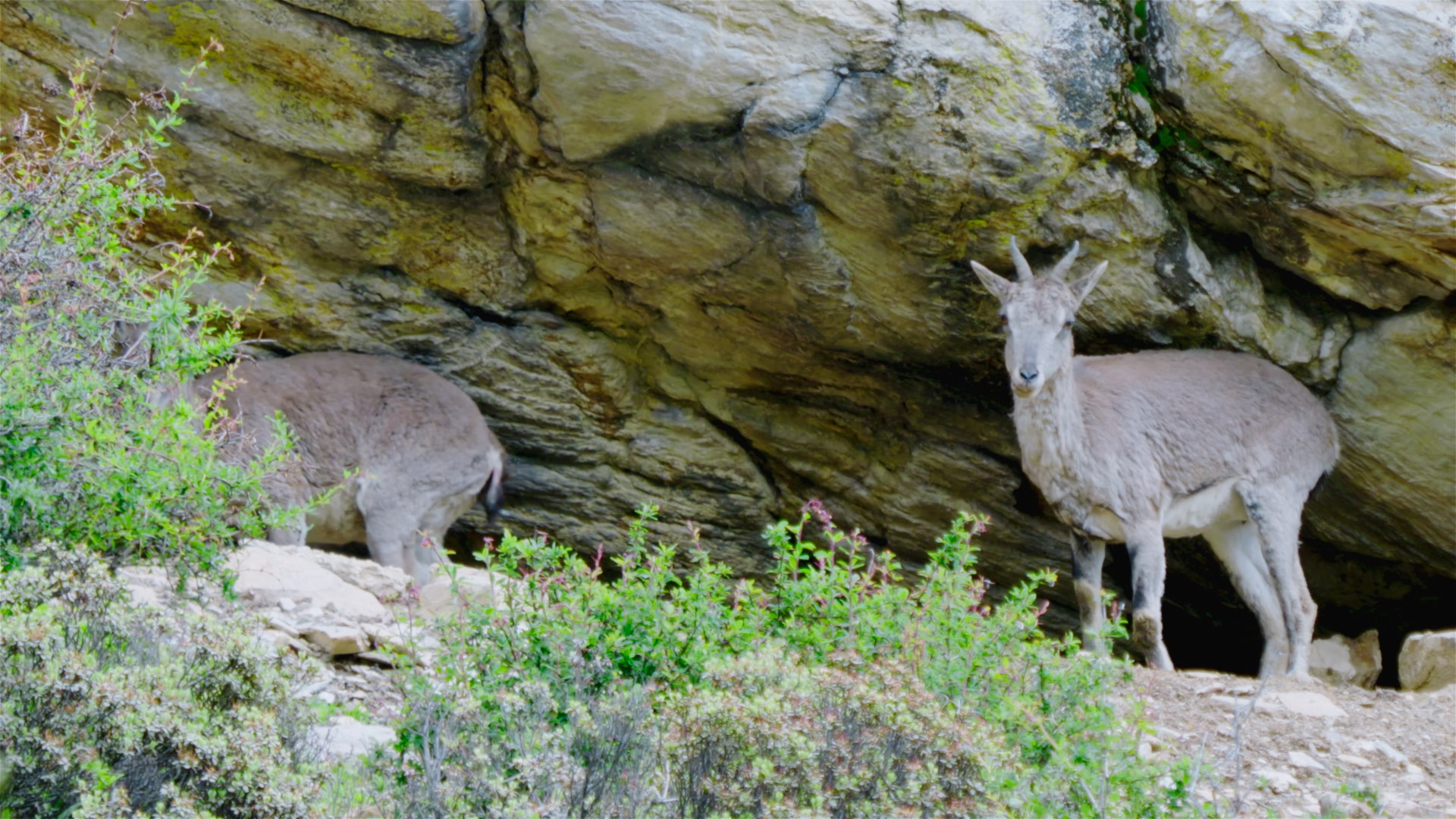 The bharal is also called Chinese blue sheep for its bluish grey coat. Living in the rocky mountains in western China, their fur color is great camouflage to help them blend in. Bharals are excellent climbers. Once facing danger, they scamper up to the precipitous cliffs. 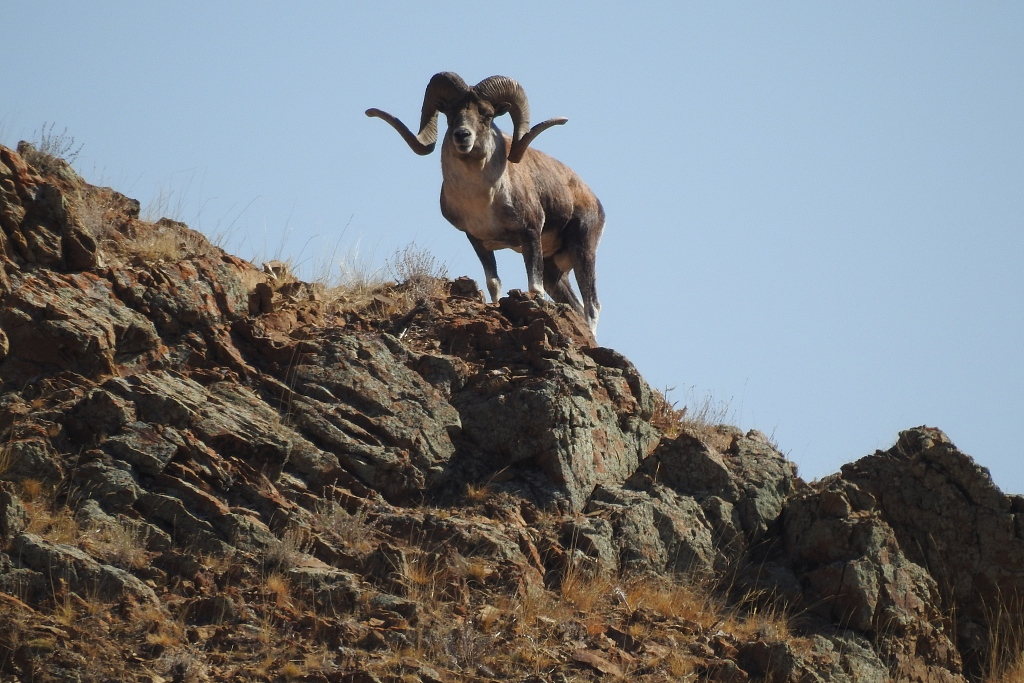 Argali sheep is the largest wild sheep; interestingly, they have the shortest tail which can help telling them apart from other sheep and goats. They roam the highlands of the Altai and Tibet Plateau in China. Male argali has magnificent horns, while the females and the young argali have are much smaller as the video clip shows. 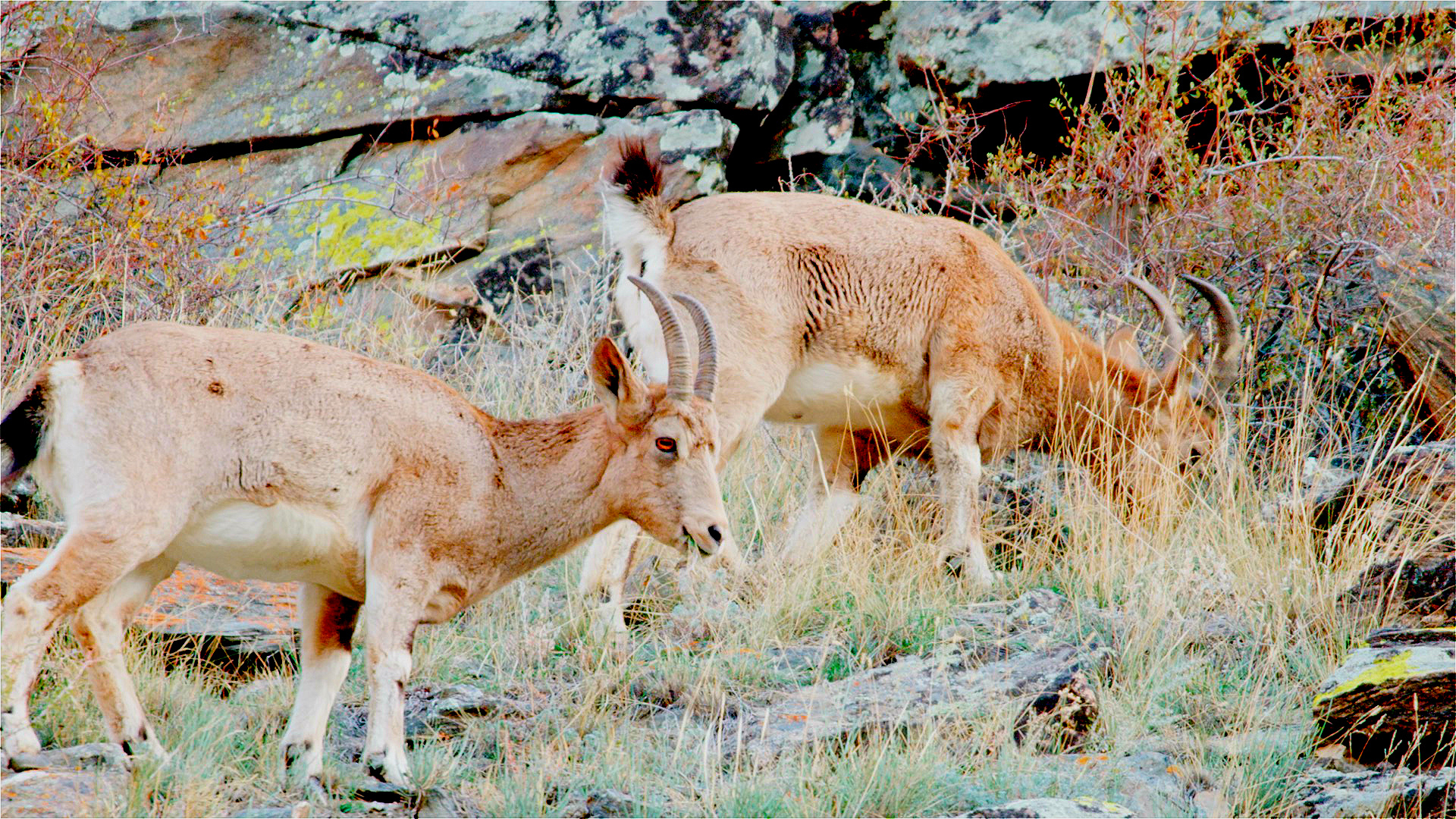 Two big curved horns are the most distinguishable characters of the animal. Male Siberian ibex's horns may be over one meter in length, while those on the females are shorter. Every one year of growth adds up to one ring on each horn. In China, they are mainly distributed in Xinjiang Autonomous Region. 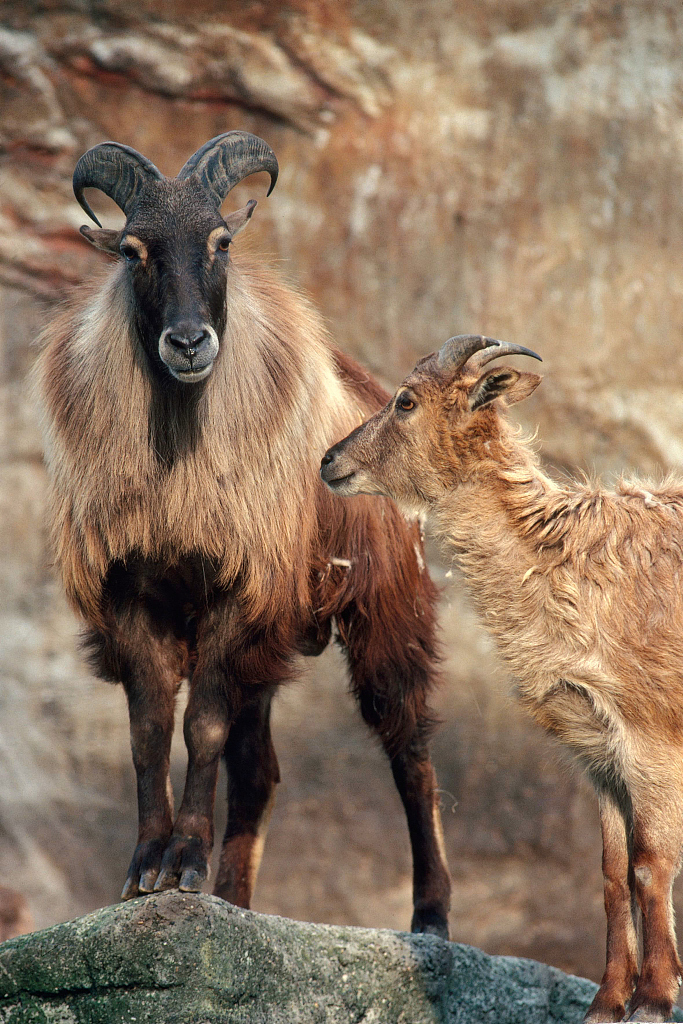 The Himalayan tahr is a wild goat native to the Himalayas in southern Tibet, northern India and Nepal. Their thick, reddish coat keep them warm in frigid mountain areas.

China is home to rich biodiversity. This series focuses on the rare animals that inhabit China and under national protection. They need us, and the first step of protection is to know who they are.

(Video clip and all images with no other source credit to CGTN Nature film crew. Cover picture via VCG, designed by CGTN's Chen Yuyang)