A sign of the epidemic easing? European museums plan to reopen
CGTN 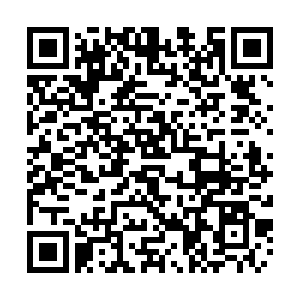 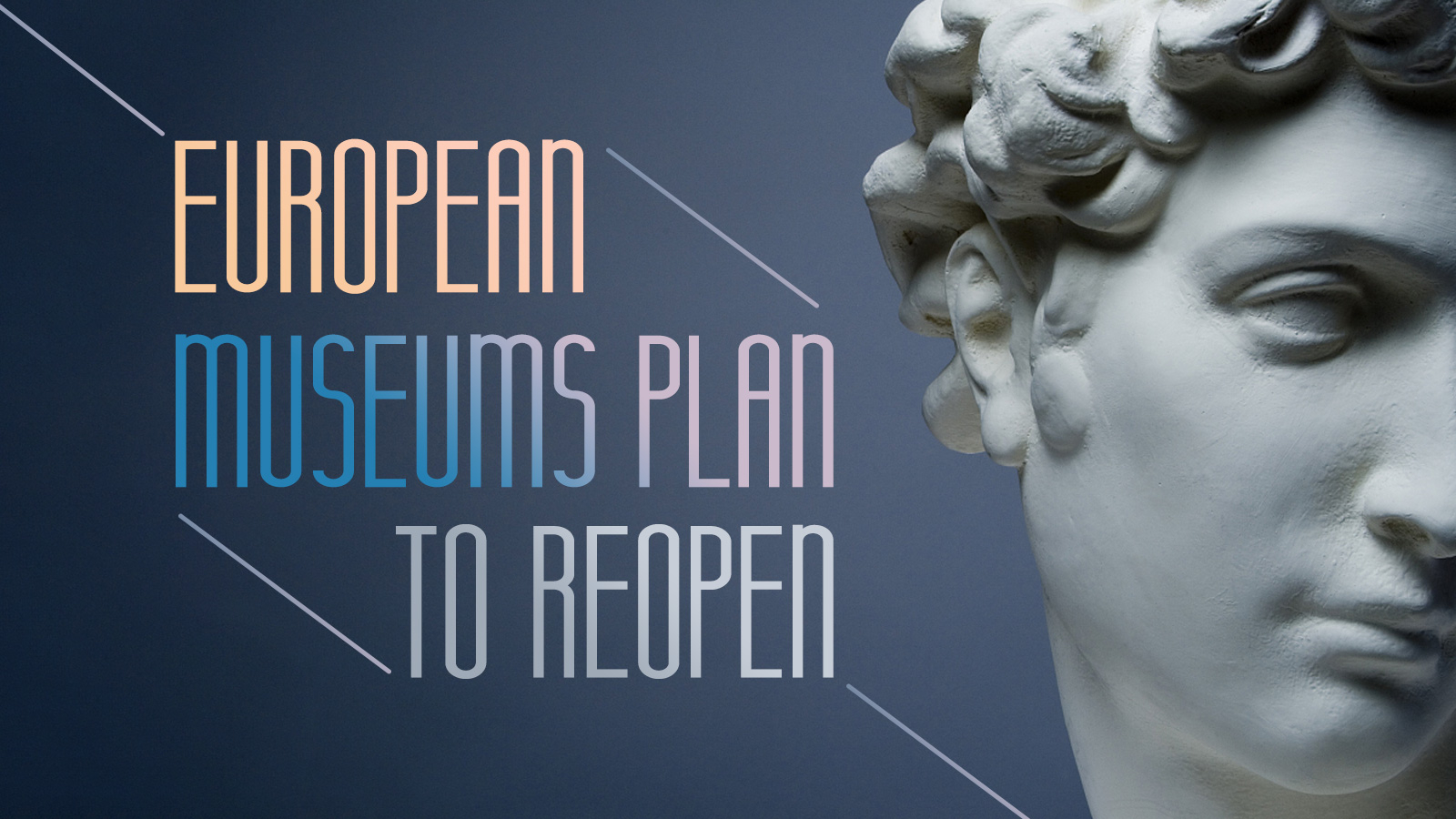 On May 5, the Gemäldegalerie Alte Meister (Old Masters Picture Gallery) in Dresden, Germany, reopened, the first of its kind in Germany after the policy of "lockdowns" triggered by the COVID-19 epidemic. Other German museums have followed suit, including the Barberini Museum in Potsdam and several Berlin museums that will open on May 12.

The Barberini Museum reopened, but the Monet-theme exhibition, which had opened before the epidemic, remained closed. The curator said that the museum has taken some restrictions to include limiting the number of visitors to a third of the original number, requiring them to wear masks, and separating entrances from exits.

Dresden's Old Masters Picture Gallery, which had just finished redecoration before the epidemic, is also home to one of Raphael's most famous works, the Sistine Madonna. Visitors to the museum, which can hold up to 200 people at a time, were also asked to fill in their contact details online in case of infection.

The Brandenburg State Museum of Modern Art was one of the first to open. The museum has specially prepared 1.5-meter-long handrail or ribbons for visitors to maintain the social distance required by the German government. In addition, the ticket office also installed the glass partition and prepared hand sanitizer for visitors. 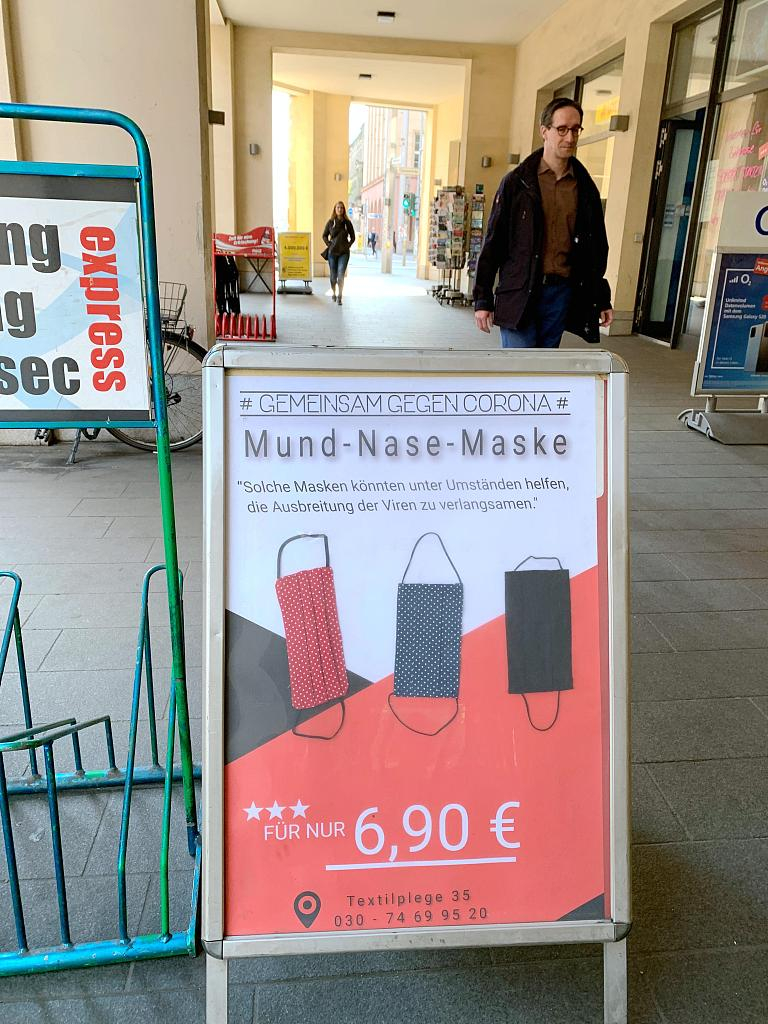 An advertisement for homemade masks is displayed in a sewing shop outside the Natural History Museum in Berlin subway station in Berlin, Germany, April 27, 2020. /VCG

An advertisement for homemade masks is displayed in a sewing shop outside the Natural History Museum in Berlin subway station in Berlin, Germany, April 27, 2020. /VCG

According to the regulations, each visitor must have 20 square meters of space, so before it opened, museum staff also calculated the maximum number of visitors each exhibition hall could hold and ensured there would be no more than 100 people in there at a time.

The Brohan Museum in Berlin will open on May 12, and the Schloss Charlottenburg, a popular tourist attraction, will open a new showroom on the same day, but the rest of the palace remains closed.

One reason for the museum's reopening is economic pressure, as The Paper reported. The German government is discussing a "cultural infrastructure fund" to compensate for the economic losses of some cultural institutions. On April 30, the German government provided 10 million euros to small and medium-sized museums to fund the sanitation measures they will need after they reopen.

The COVID-19 infection rates in Germany have been successfully controlled to a relatively low level through large-scale testing and tracing of early infection cases, BBC reported. Some controls have been relaxed, with church activities resuming on May 3 and many shops reopening on May 4. However, people are still required to maintain a social distance of at least 1.5 meters. 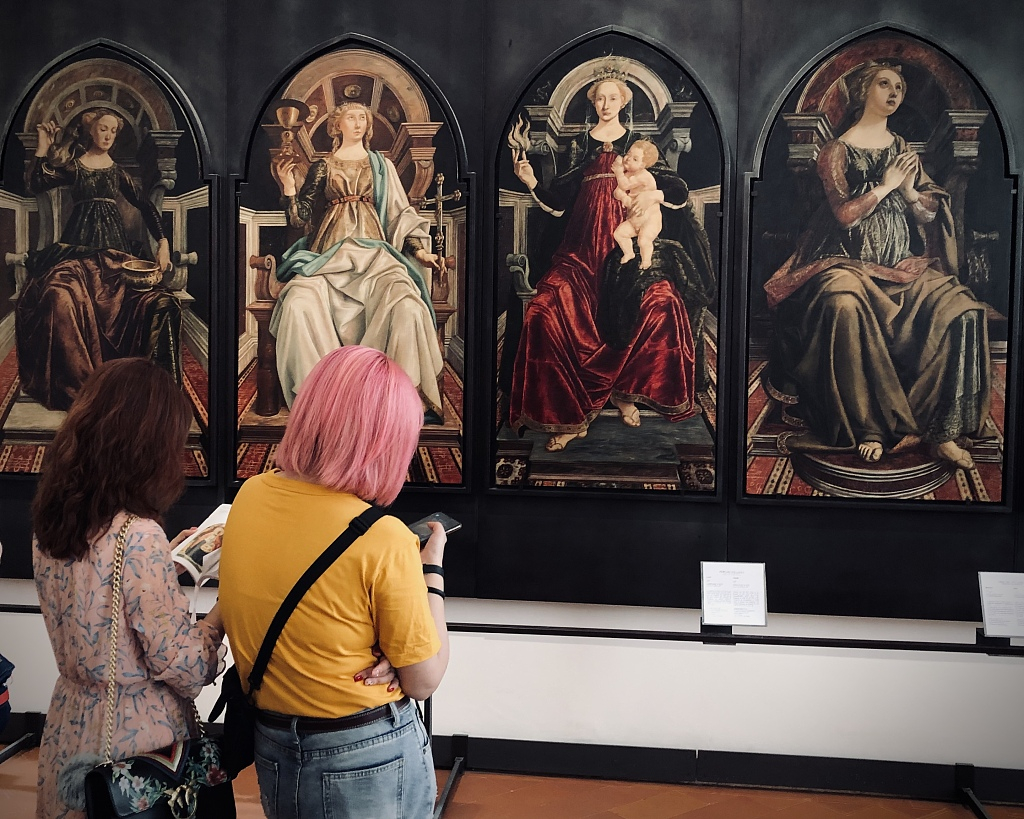 Other European countries are cautiously joining in the "reopening team." The Uffizi Gallery in Florence is scheduled to reopen in mid-May. Eike Schmidt, the director, told the media that the museum's main concern is to control the flow of people. The museum plans to keep traffic to 450 when it reopens, half of what is allowed during normal times.

Besides, Swiss museums will gradually open on May 11, including the Kunsthalle Zürich. The Giacometti Foundation in Paris will also reopen on May 15, making it the first museum to reopen in France.