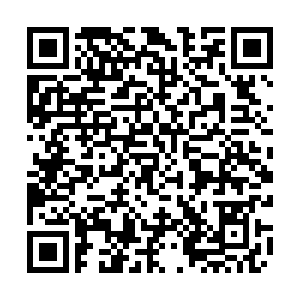 China's foreign trade continues to face pressure as the COVID-19 pandemic chips away at the country's foreign markets. As a result, many companies that have long focused on exports are now exploring a new market, which is China itself. Many exporters have turned to local e-commerce sites as the fastest way to ease their financial pain.

In the first quarter of 2020, China's exports dropped by more than 11 percent year-on-year. So, for domestic firms that rely heavily on the export trade, restructuring has become a very important matter. Shanghai plans to help 1,000 firms put their products on e-commerce platforms to help them out.

Shanghai Mudoo Textile is one of the companies. Its exports have accounted for 95 percent for years, but the pandemic has resulted in many canceled or delayed orders. The company shifts to selling clothing to domestic buyers on an e-commerce platform, Ren Mingxing, managing director of Mudoo Textile commented it is risky to only rely on export business.

"Clothing is a seasonal product and it can't be delayed. We're hoping our domestic sales will eventually be the same as our exports. We can produce five million pieces a year, so if we can sell one or two million of those domestically it will protect us against export risks," said Ren.

E-commerce platform Pinduoduo is helping exporters solve some of these problems. Its app now carries products from more than 100 exporters, and the company is featuring them in special promotions during Shanghai's current Double Five shopping campaign. Liu Zhongqi, deputy president of Pinduoduo Consumer Data Research Institute said there are more than 10,000 products on the site.

China's April export figures were back in positive territory, growing more than eight percent year-on-year, with textile products such as masks growing substantially. Even though the situation may have started to improve, however, experts believe China's factories may be learning that they cannot always rely on foreign markets alone.

"As the pandemic comes under control and overseas trade begins to be restored, global industrial specialization will recover and so the export companies' businesses will recover too. But I believe some of them will still continue to work with the domestic market because our consumption sector is growing quickly as the country's economy restructures. Export growth is now slower than consumption growth and that will naturally make export companies to look to the domestic market," said Liu Xuezhi, senior analyst at Bank of Communications.

How all that goes of course still depends very much on how the pandemic situation develops. Customs data shows that China's exports to ASEAN countries saw a significant rise in the first four months of the year, but trade with the European Union, the United States and Japan all fell.