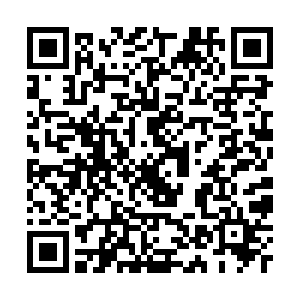 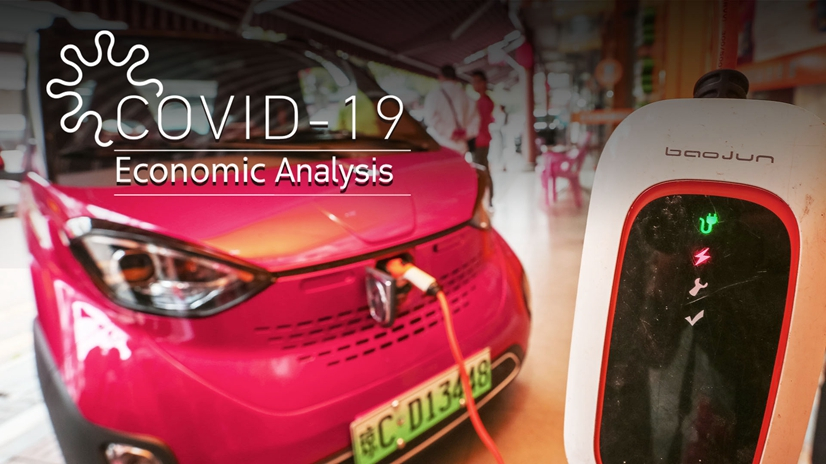 Editor's note: COVID-19: Economic Analysis is a series of articles comprising experts' views on developing micro and macroeconomic situations around the globe amid the COVID-19 pandemic. This article's author Thomas Zhang is the head of greater China analysis of Uzabase, a Tokyo-based business intelligence firm.

China has become the world's biggest electric car market in the past decade. Government support –particularly in the form of subsidies to carmakers (including to foreign brands that have established a joint venture with a Chinese company) – played a crucial role. In the past few years, however, the Chinese government has been winding down such subsidies gradually. In June 2019, a quite drastic measure was announced that subsidies would be nearly halved and altogether scrapped for electric vehicles with ranges below 250 kilometers per charge.

The main purpose of the cut, many say, was to force the industry to upgrade and weed out underperforming firms that rely heavily on the subsidies for survival. Such firms have relatively lower technologies, and their products hardly appeal to customers (except for the price). Industry giants are expected to rise amid the cuts. Customers, while anticipating a price increase once the subsidies were gone, could also expect cars that are much easier to operate, with more advanced technologies that enable vehicles to run further distance with less power consumed.

All sounds good, and all seemed to be on track, until the coronavirus pandemic stroke. As the economy went into lockdown, car sales in China collapsed. Official data show that China's passenger car sales tumbled 79 percent in February and 43 percent in March. Electric cars have not been spared. Sales of the so-called "New Energy Vehicle" (NEV) in the first quarter of 2020 dropped to 114,000 units, a fall of 56.4 percent compared to a year ago. Take BYD, one of China's leading NEV manufacturers, as an example. It sold 11,763 electric cars in March. That is 329 percent more than in February, but still down 60 percent on a year-on-year basis. 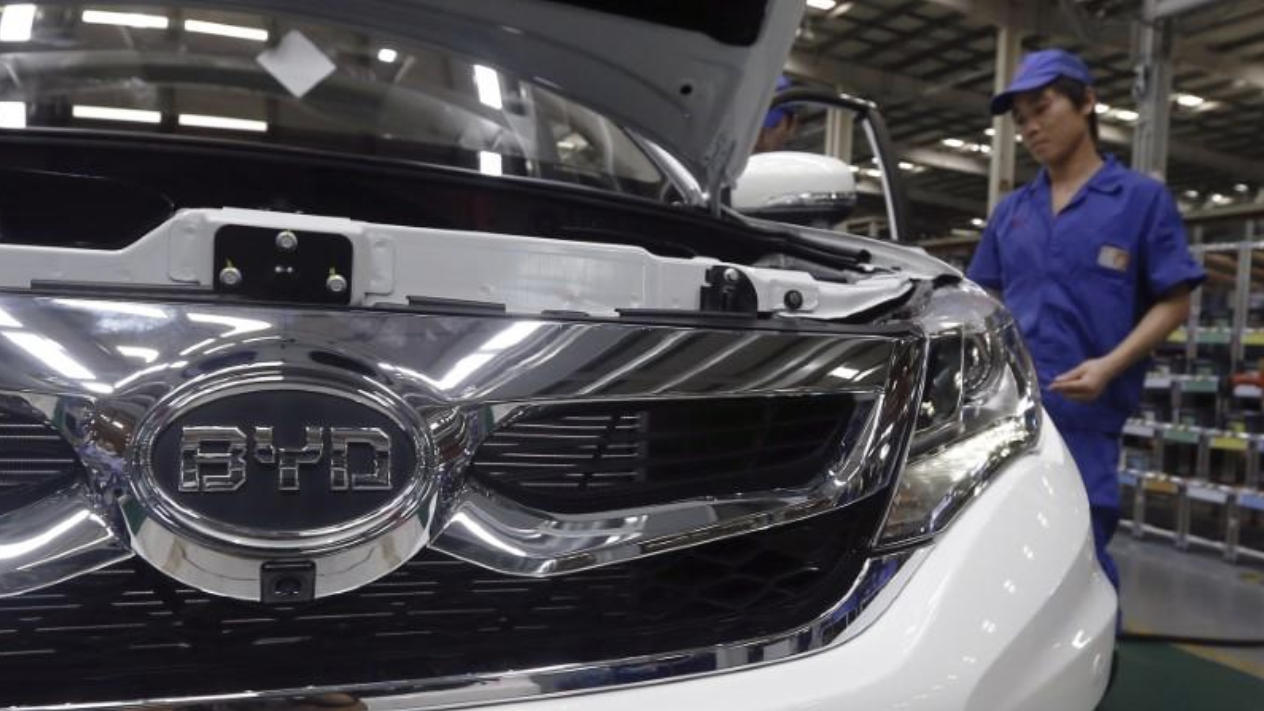 A worker stands behind a car manufactured at a BYD assembly line in Shenzhen, China May 25, 2016. /Reuters

A worker stands behind a car manufactured at a BYD assembly line in Shenzhen, China May 25, 2016. /Reuters

Now that the coronavirus outbreak has been largely brought under control in China. Economic activities have resumed. Carmaking, a key industry on China's map of manufacturing, is once again under the spotlight. How quickly it recovers affects not only the overall economic growth in China but also has an impact on the government's original plan on supporting and nurturing the development of China's electric vehicles. The pandemic has markedly weakened the balance sheet of carmakers. Consumers are likely to tighten their belts in the next year or so too. Without additional support, China's NEV makers face a very hard time ahead. Some may not even survive.

The government took a U-turn and came to the rescue. In April, China announced that it would extend the subsidies offered to NEVs till the end of 2022, with a slower phased-out pace. In principle, the subsidies on NEVs will be cut by 10 percent this year, by 20 percent in 2021 and by 30 percent in 2022.

The subsidies were originally due to expire by the end of 2020. The big cut in June last year had an immediate impact on NEV sales, which totaled 1.2 million units for the whole of 2019, a fall of 4 percent year-on-year. But a large chunk of the fall happened in the second half of 2019, right after the subsidies were slashed. Authorities, therefore, were crystal clear how significant a role the subsidies played in supporting NEVs. The dire consequence of the pandemic, therefore, is likely to be the reason why the decision was made to delay the expiry of the subsidies.

Tesla in China – One Against All

One "minor" issue here: the subsidies only apply to NEVs costing no more than RMB 300,000. And this brings Tesla into the industry's attention. After the subsidies policy was announced, the American electric carmaker initially, contrary to intuition, raised the price of its China-made cars by increasing the starting price for the Standard Range Model 3 sedans to RMB 303,550, up from RMB 299,050. As a result, it was not qualified for subsidies. 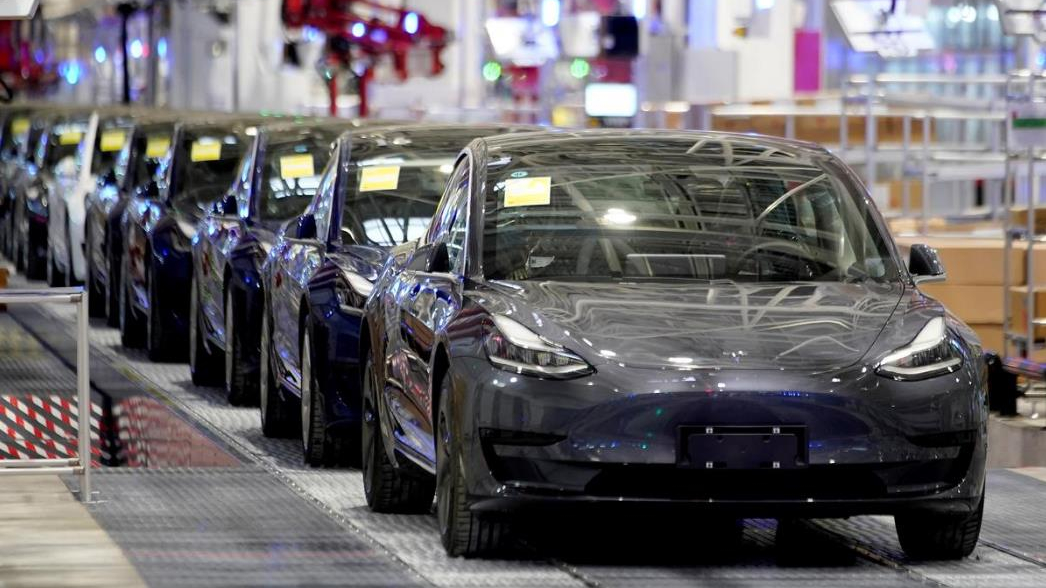 This odd situation only lasted for a week. Just before the country went into the 5-day May Day holiday, Tesla announced that it was cutting the price of the Model 3 sedans by 10 percent in order to qualify for subsidies. A Model 3 now would sell for a base price of RMB 291,800 before the subsidy is taken into account. With the subsidy, the cost is reduced to RMB 271,550.

Exactly what happened behind the rise and fall of the price is scarcely known to the outside world. What one can be sure of is Tesla's commitment to the China market. Just last month, Tesla moved its China operation entity into the Shanghai Pilot Free Trade Zone, a move that is likely to make it eligible for more preferential policies that may further propel its China business.

In March, Tesla sold 10,160 vehicles in China, a record high since it started to deliver Shanghai-made cars at the end of 2019, and became the most popular electric car brand with Chinese consumers. However, it is not without domestic competitors. Apart from the veteran player BYD, a number of Chinese local NEV start-ups have been catching up with every effort. Guangzhou Xiaopeng Automotive Technology, more widely known as Xpeng, recently launched its first battery-electric sedan: Model P7. Priced at RMB 229,900, the basic variant also qualifies for subsidies but claims to have a longer range than Tesla's Model 3. Some industry observers view it as a direct challenge to Tesla from a Chinese domestic rival. The subsidies, extended because of the pandemic, suddenly gave Xpeng a new stimulus.

Other major players are not sitting with idle hands either. NIO, once a star company in China's electric vehicle field and seen as China's answer to Tesla, secured 7 billion yuan investment from several state-owned entities from Anhui Province in April. In return, it has agreed to base its China entity in Hefei – the capital city of Anhui – and pledges to support the region's development as an EV production base in China. Leaving aside the politics behind the door, this arrangement does give NIO a lifeline and ensure that it is able to continue to produce electric vehicles in this hard time. In fact, it said in early April that deliveries rose to 3,838 vehicles in the first quarter, an increase of 11.7 percent.

An unexpected boost? There are indeed some elements of truth in it. The initial plan was, of course, to take the government's support away so as to single out badly performing firms and let them fail under the force of the market. But the unexpected coronavirus pandemic changed the equation. The existence of the entire industry became under threat and was likely to go under without support from the state. In the end, the state did take action, and many electric vehicle makers were offered a lifeline to carry on, at least through this pandemic crisis.

Make no mistake, this should not be sounded like the horn of victory. Rather, this might be the last dose of survival pills from the state. The subsidies will not stay there forever. They create a window for NEV makers to improve technologies further, streamline operations, strengthen resilience, and build better products to attract more customers. Those who succeed in doing so are more likely not only to survive but also to go on to win market shares globally.

It is true China's electric vehicles market is the largest in the world. It is also true that even a market as large as China's does not need too many NEV makers. Perhaps this is the real test facing all players.