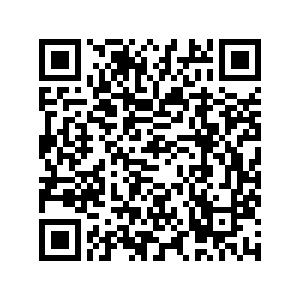 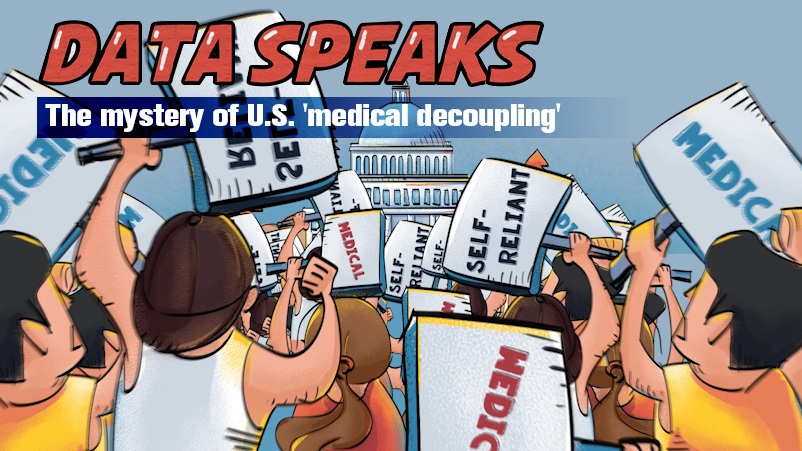 Editor's note: Calls for reducing dependency on China for medicines and supplies have grown louder since COVID-19 broke out on U.S. soil. To some American leaders, the disruption in the global supply chain became an explanation for the danger of globalization. In the latest episode of Data Speaks, CGTN breaks down this particular thinking and explore its validity.

Should the U.S. be more medically self-reliant? Many prominent American politicians believe the answer is "Yes." Why? Because the U.S. is "overdependent" on China for its medical supply.

The United States' demand of medical resources is surging due to COVID-19. There's a narrative that China would use this as an opportunity to strong-arm the United States. The over-dependency is feared not because of the number, but because of China's intentions.

According to a study by Chad Brown at the Peterson Institute for International Economics, before the trade war, the U.S. kept relatively low tariffs on goods that are crucial to combat COVID-19 today. Each year, the U.S. imported five billion dollars' worth of these products from China, roughly 26 percent of all U.S. medical imports. However, the tariffs only diversified sources of import to a certain extent. Brown's study shows that out of the 16 categories of goods that are considered essential to COVID-19, tariffs only caused six to experience negative U.S. import value growth rate in 2019. Ten of these U.S. imports from China were still growing.

And out of the 10, four imports experienced higher growth rates from China than from the rest of the world. Products like X-ray equipment, nitrile and sterile gloves, ventilators, oxygen masks, nebulizers and breathing masks were imported into the U.S. from China at a far greater rate.

The fact is that bringing manufacturing back to the U.S. isn't just picking up and dropping a factory onto American soil. The U.S. simply lacks the necessary supply chain and manufacturing capability to produce some of the equipment on a massive scale.

Take ventilators as an example. Ventilators are one of the items that the U.S. has imported from China at a higher rate than other countries. Wu Chuanpu, director of supply chain at Vedeng.com, a leading platform in China connecting medical equipment suppliers and buyers, said, "The expansion of the (ventilator) production line is very time-consuming and resource-intensive," adding that it also involves personnel training and that it's too cumbersome. 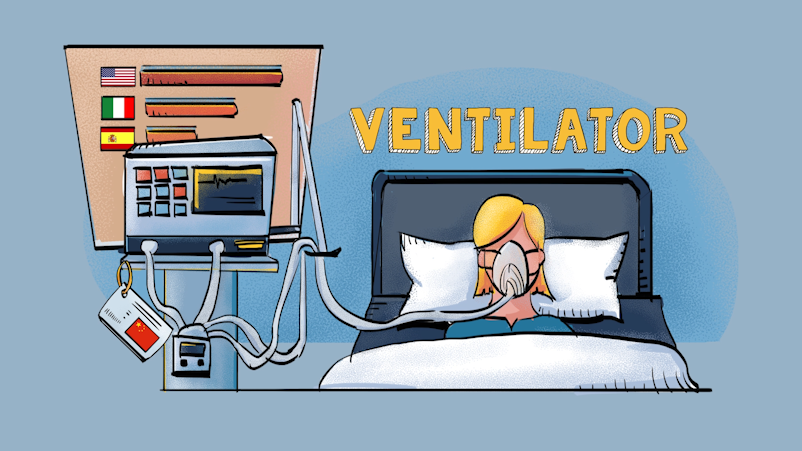 According to a New York Times report published on March 29, U.S. public health officials drafted a plan 13 years ago to address the shortage of ventilators in the country. The plan failed after a company contracted to design the machine was bought by another company. Meaning zero ventilators were produced.

It is estimated that the failure delayed the machine's development in the U.S. by at least half a decade. The government only revisited this in 2014. But, it wasn't until 2019 when the ventilator was approved. No actual products have been delivered yet. 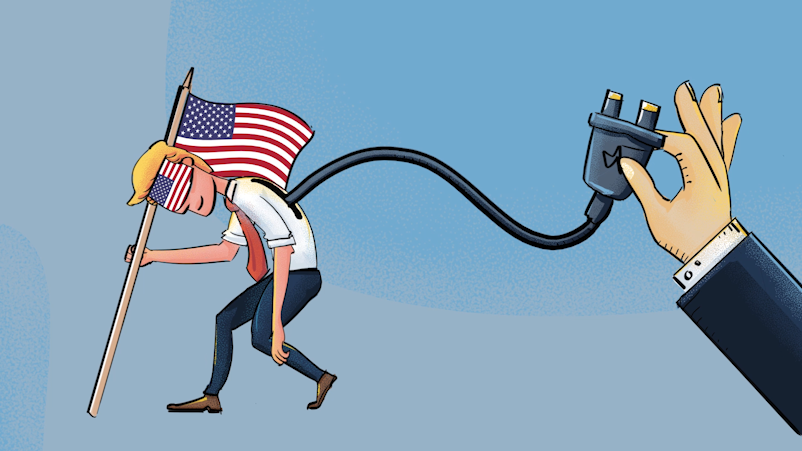 Is China a major supplier of U.S. medical resources? Yes. Is China responsible for the United States' dependency on these supplies? Only if one believes that trying to get ahead is wrong. If the cost-benefit equation works out in the favor of the U.S., companies and manufactures would naturally choose the United States. But until then, medical decoupling might not be such a great idea.