Asian economy projected to represent about 50.2% of the world in 2020: Boao Forum report
By Cui Yingjie and Liu Wenbo 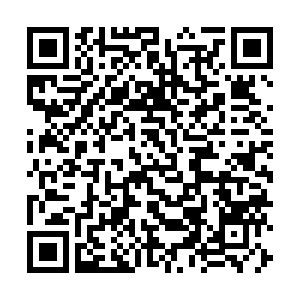 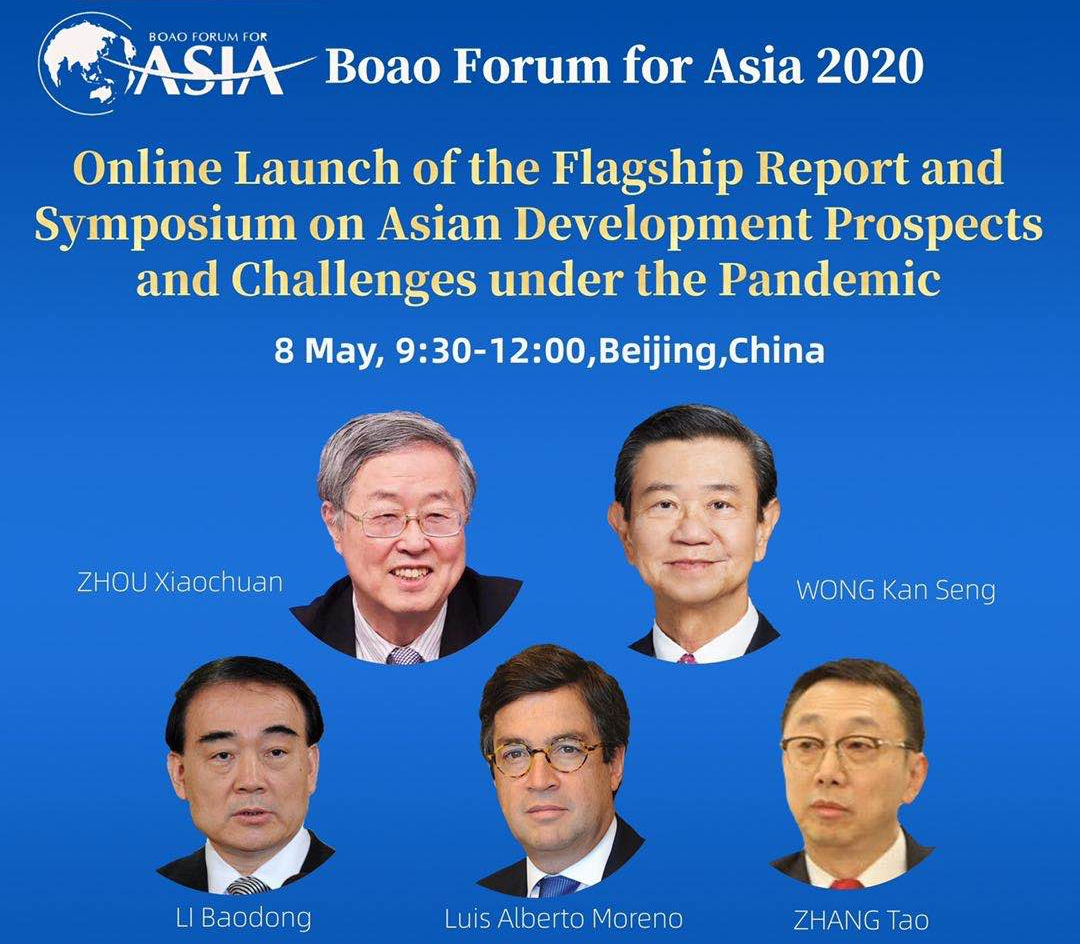 The Boao Forum for Asia (BFA) held an online event on Friday to launch the BFA Flagship Report "Asian Economic Outlook and Integration Progress 2020" and discuss issues on prospects and challenges of Asian economy under the Pandemic in the following Symposium.

Mr. Li Baodong, Secretary-General of the BFA chaired the meeting. BFA Vice Chairman and former governor of the People's Bank of China Zhou Xiaochuan and BFA Director and Former Deputy Prime Minister of Singapore Wong Kan Seng delivered speeches at the event. Several ambassadors and heads of international organizations presented insightful views on the economic outlook, challenges and responses in Asia under the epidemic.

The report believes that the Asian economy is likely to continue on the low-speed track in the years to come. Some Asian economies are likely to face greater downward pressure in 2020, and the Asian economy as a whole is expected to experience zero growth, and is projected to represent about 50.2 percent of the world's total.

The report also points out that the Asian economy hinges on the development of the pandemic and economic measures. In the best-case scenario, if the pandemic is mitigated in the second half of the year, Asia's growth rate might still be positive. But if the virus returns or stimulus policies turn out to be ineffective, there is still a possibility for Asia's growth rate to fall below zero.

Since the beginning of 2020, the challenges faced by the Asian economy have become all the more serious.

As the report states, the short-term pressures stem from the COVID-19 outbreak and the persistence of unilateralism and protectionism. The coronavirus pandemic has had a huge impact on the world economy, including Asia, putting global supply and industrial chains at risk of breaking down. In the meantime, unilateralism and protectionist policies upheld by the Trump administration have persisted, if not strengthened, which have severely inhibited global trade and investment and dampened investors' confidence. Moreover, deeper structural problems, such as geopolitical conflicts, technological barriers, infrastructural deficits, and aging labor forces can also slow down the economy development.

According to a survey conducted by Deloitte Research, which was included in the annual report, businesses place "lack of technological innovation" and "declining trade growth caused by global trade frictions" as major risks for Asia Pacific's economic in 2020. 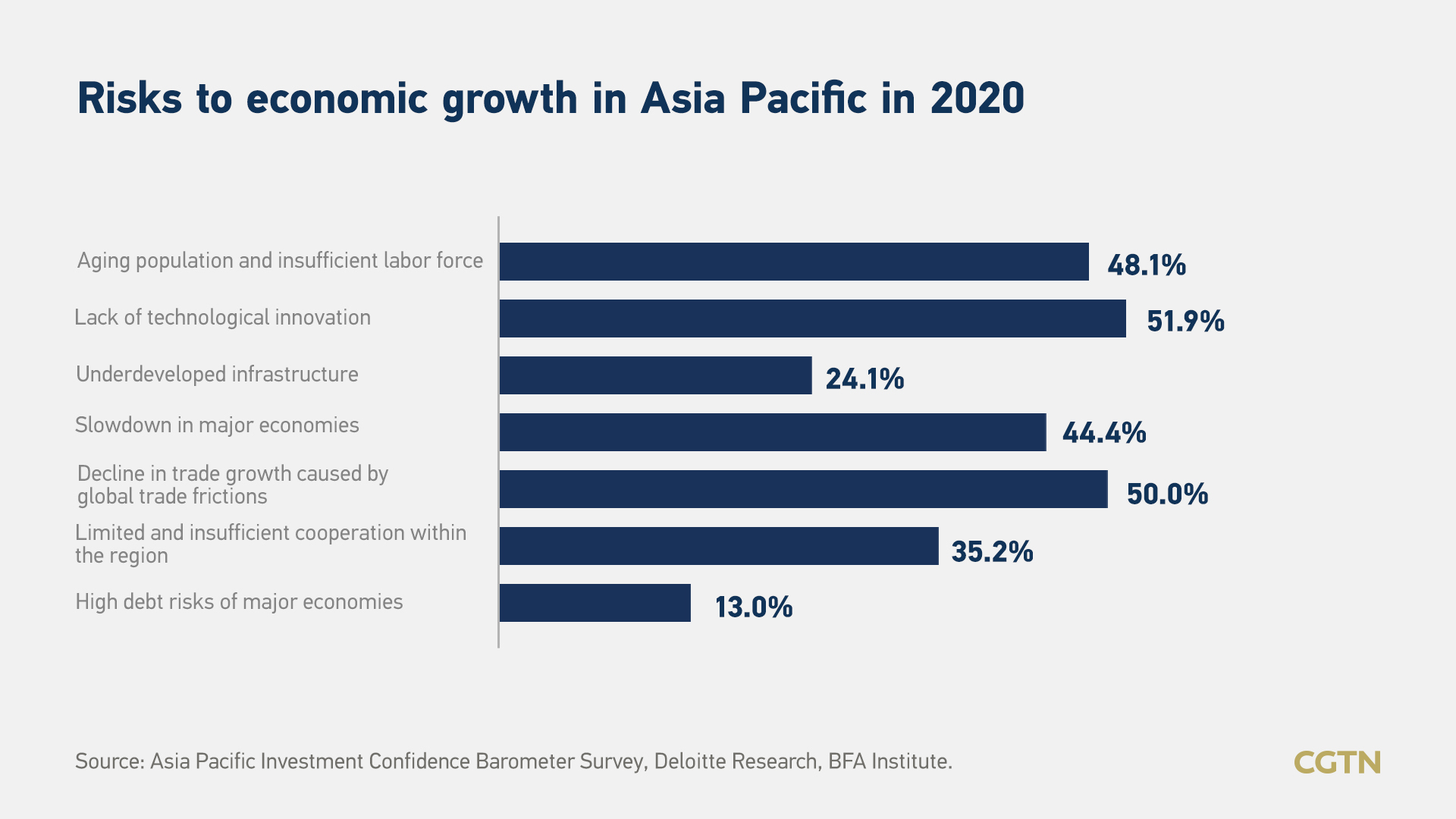 Looking forward, the duration of the pandemic will be a crucial factor in assessing the impact of COVID-19 on the Asian economy. The report suggests that if the global pandemic can be contained within the first half of this year, the Asian economy is not expected to see fundamental changes. Technological innovation, consumer market transformation and upgrading, and digital transformation are major engines of global economic growth.

Based on the report, over 70 percent of businesses are optimistic about Asia's economic outlook in the coming year. Businesses also consider technological innovation and expansion of the Asia Pacific consumer market as leading drivers of economic growth in the region. 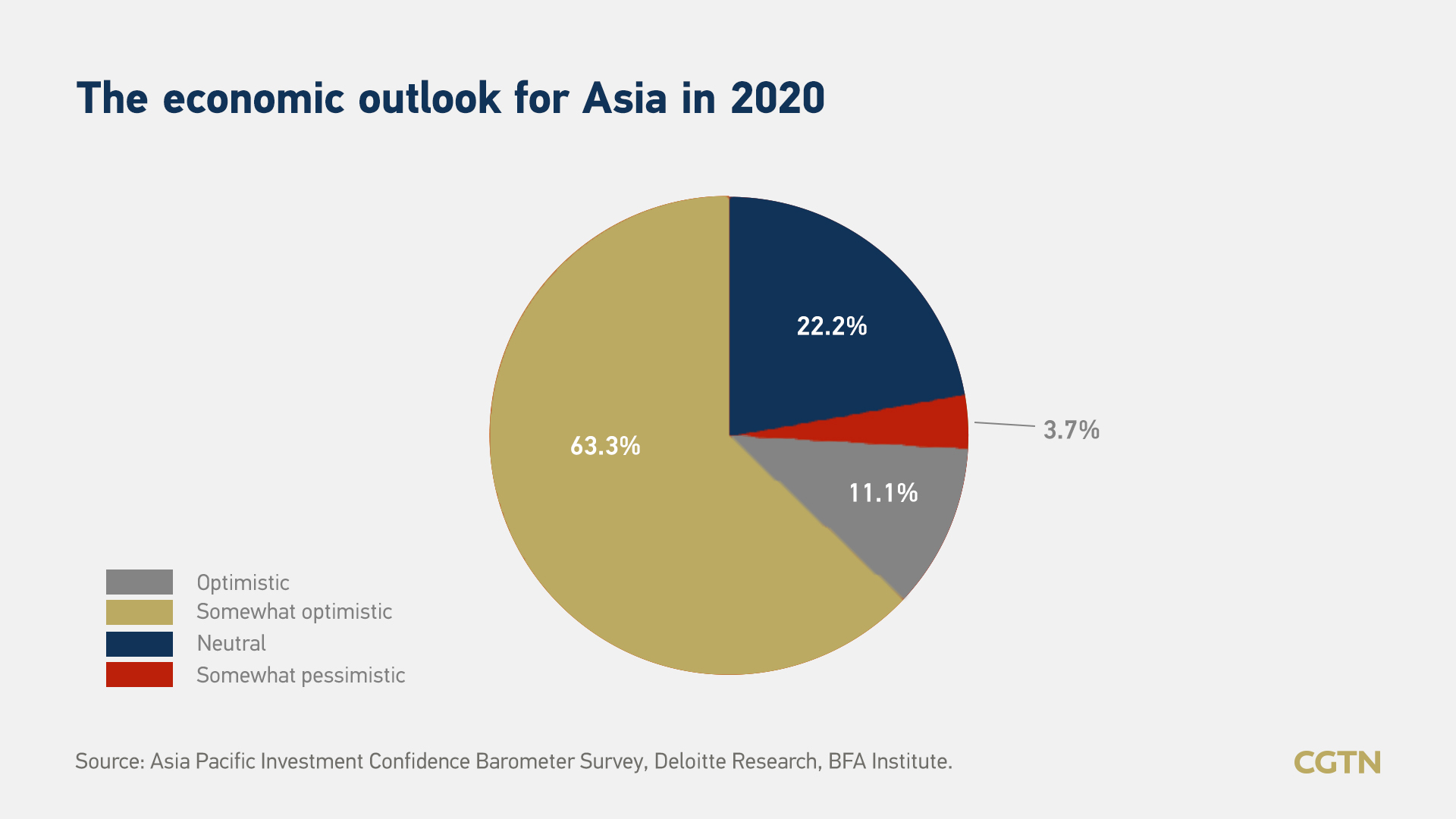 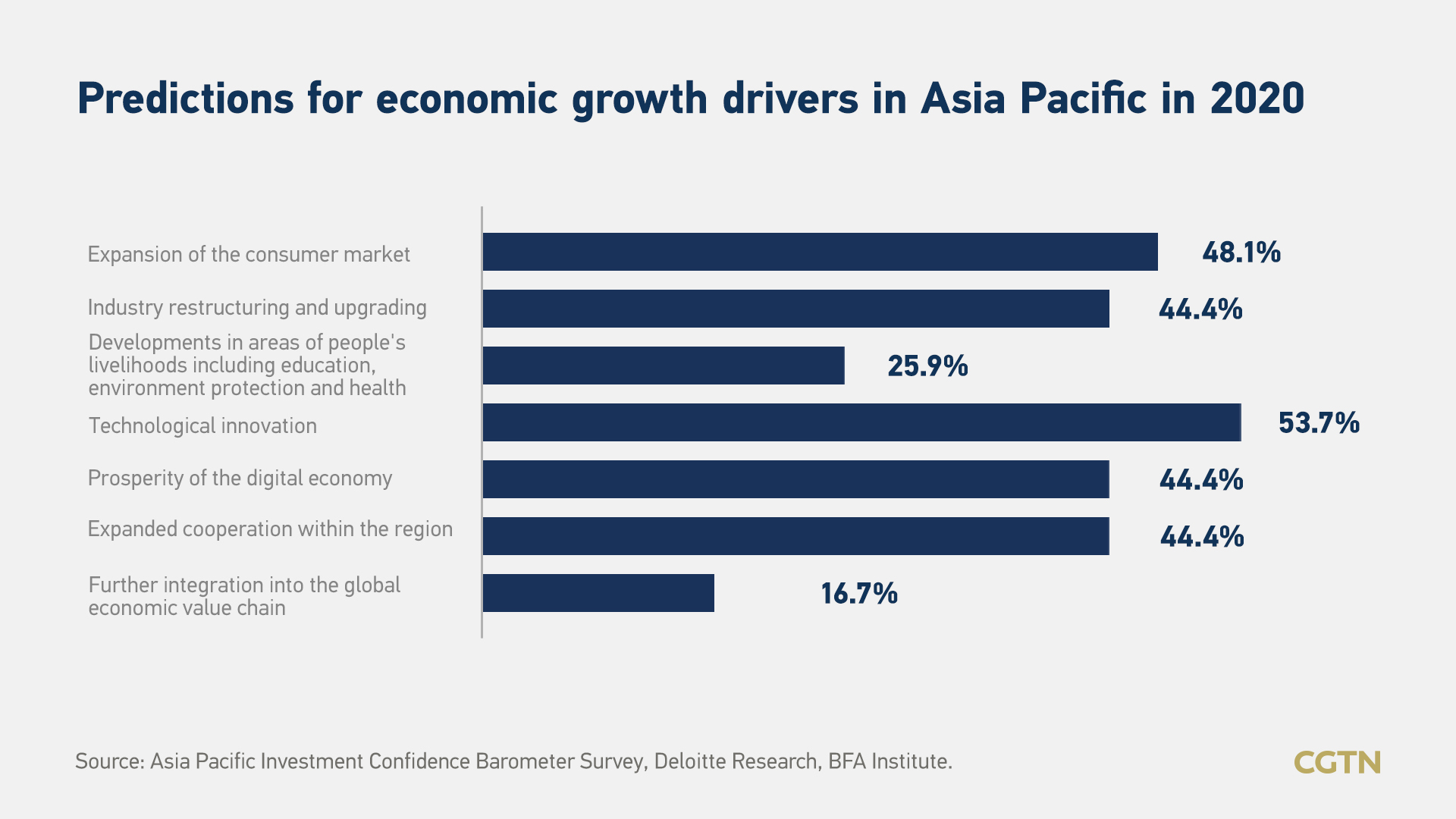 In addition, 15 Asian economies including the Association of Southeast Asia Nations (ASEAN), China, Japan, South Korea, Australia, and New Zealand have announced that they have concluded Regional Comprehensive Economic Partnership (RCEP) negotiations and will formally sign an agreement in 2020. If India is included, RCEP will account for 31 percent of world GDP, 30 percent of global exports, 27 percent of global imports, and 80 percent of Asia-Pacific trade.

For a long time, there has been no regional free trade arrangement in Asia. The high integration of Asian economy mainly relies on the promotion of free markets, and the most important driving force is the global value chain layout of multinational companies in Asia, or the global production network.

In the future, Asia needs to further ensure the sustainable development of global value chains, resist trade protectionism, change the backward situation of local companies, expand regional internal markets, and increase the degree of financial integration. RCEP can lay the organizational foundation for achieving these goals.

Screenshot of the online event.

Screenshot of the online event.

At the online event, analysts and officials stressed China's role in lifting the region and even the world out of an economic recession through its strong anti-pandemic efforts and a slew of stimulus policies.

Furthermore, BFA members proposed an open mechanism for multilateral cooperation to ensure balance in globalization, calling for efforts from the G20, the APEC, governments and the private sector. The stability of society and congenial policy would also prosper the economy.

Zhang Tao, the IMF's Deputy Managing Director spoke at the online conference, calling on policymakers to provide support to the hardest hit households and businesses.

"These policies need to protect people, jobs and industries directly, not just through financial institutions. Policy must be carefully calibrated to reduce inequality," said Zhang.

Zhang's view is echoed by Zhou Xiaochuan, who said: "The key to the economic policy under the pandemic is to provide basic social security and mitigate the burdens. This can include providing unemployment relief, or universal income."

All in all, the pandemic sweeping through the world in early 2020 has severely damaged the global supply chain, stagnated cross-border flows of goods, services and people, and hindered the capital chain.

This also reflects the depth of interdependence and influence between the Asian region and the global economy from one aspect. The problems arising in the process of economic globalization and Asian economic integration should be solved by lowering tariffs, removing barriers and promoting trade, rather than reversing the trend of economic globalization and trade liberalization.