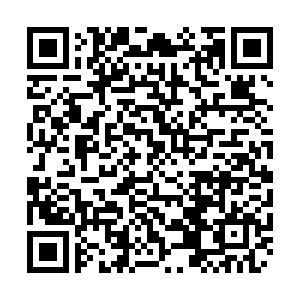 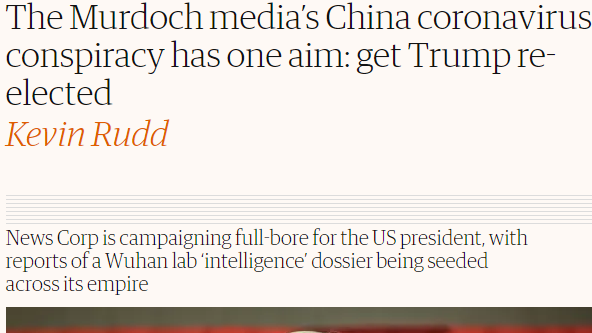 Former Australian Prime Minister Kevin Rudd condemned fabricated news reports by Rupert Murdoch's media outlets that fan the conspiracy theory that the novel coronavirus was made in a Wuhan lab, saying they have one aim – get U.S. President Donald Trump re-elected.

"Let's be clear: Murdoch is campaigning full-bore for Trump," he wrote in an article that was published on The Guardian on Friday. 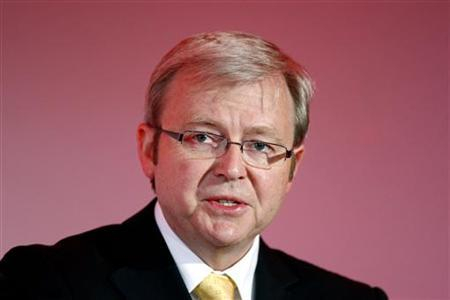 "Having delivered its political ordinance in support of Trump and Pompeo, the Murdoch story carefully and cleverly seeks to cover its traces by stating repeatedly that nothing is yet proven about the laboratory leak," he argued.

"The truth is, at this stage, none of us know definitively whether the virus came from the Wuhan laboratory," he added.

Rudd pointed out that some journalists who think they are working for an imminent security threat are actually harming their country's long-term interests.

"Lies were reported as facts. Credible skeptics were downplayed, ignored, or attacked as unpatriotic 'appeasers.' The thrill of landing a big 'story' overtook the media's fundamental duty to prevent the public from being deceived," he wrote.

Rudd stressed that the public has "every right" to know about how the COVID-19 pandemic came about, including information like whether the governments took all necessary actions to prepare for the virus reaching their own countries, or whether these warnings were effectively ignored, which, however, "appears to have been the case in the U.S."

No evidence for lab-made theory

The U.S. president Donald Trump and his Secretary of State Mike Pompeo both claimed that they've got evidence that the novel coronavirus originated from a Wuhan lab.

Yet, no proof of their assertion can be provided.

In an interview with ABC News' "This Week" on May 3, Pompeo contradicted himself by saying that he believes the best experts in the country who think the virus was man-made, and also believes the Office of the Director of National Intelligence that says the scientific consensus was not man-made or genetically modified.

Australia's Daily Telegraph said in a report on May 4 that it has obtained a 15-page research document showing "China deliberately suppressed or destroyed evidence of the coronavirus outbreak," and the document was "prepared by concerned Western governments on the COVID-19 contagion" amid an investigation by the Five Eyes intelligence agencies of the U.S., Australia, New Zealand, Canada and the UK.

The Guardian, on contrast, cited intelligence sources in Australia that the 15-page dossier was "not culled from intelligence from the Five Eyes network," but "based on open source, public domain material."

One of the sources told The Guardian that they believed the information was "most likely" to have originally from the U.S., saying "My instinct is that it was a tool for building a counter-narrative and applying pressure to China." 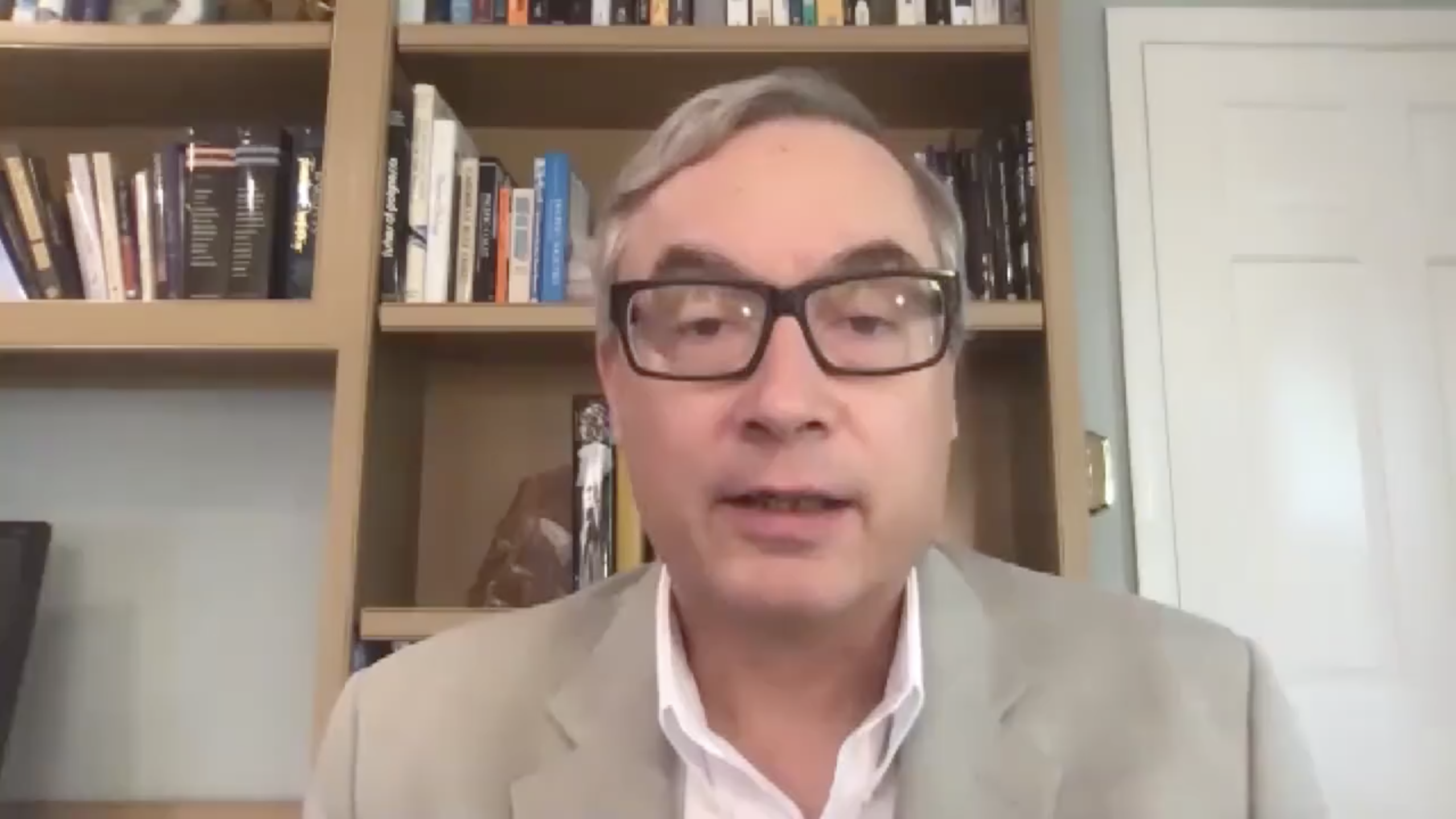 Frederic D. Bushman, co-director of the Center for Research on Coronavirus at the University of Pennsylvania, said in an interview with CGTN on Thursday that such coronavirus conspiracy is "a pack of nonsense."

The novel coronavirus "clearly has a close relative in bats. There's no reason to think that it's deliberately engineered weapons or something like that."