Lies and populism in a post-truth world
Lionel Vairon 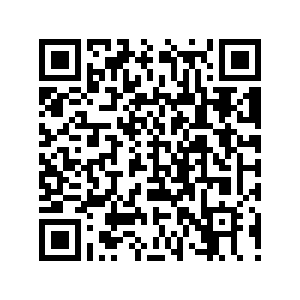 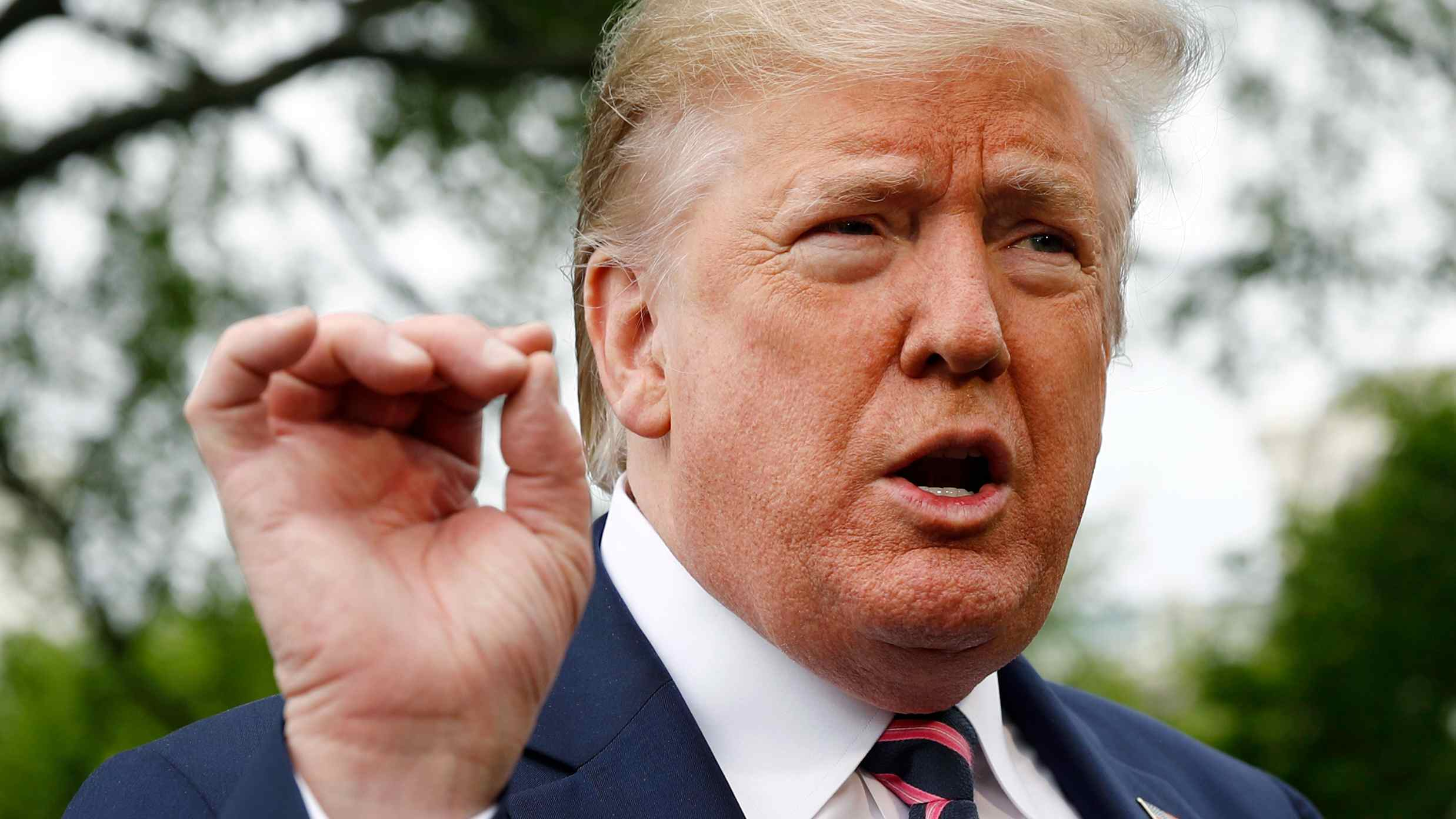 U.S. President Donald Trump speaks to members of the media on the South Lawn of the White House in Washington DC, May 5, 2020. /AP

U.S. President Donald Trump speaks to members of the media on the South Lawn of the White House in Washington DC, May 5, 2020. /AP

The COVID-19 crisis has definitively sealed the entrance into a post-truth world. Lies have been used in the past, notably by the United States for their foreign policy and military operations.

For instance, the Gulf of Tonkin incident on August 2, 1964, was a fabrication used to justify the beginning of the direct war against the then Democratic Republic of Vietnam and the massive bombings that ensued.

In more recent times, on February 15, 2003, the then U.S. Secretary of State Colin Powell presented proof of the Iraqi nuclear program to the United Nations Security Council to justify a military intervention. History has since then revealed the inexistence of this program.

However, Donald Trump's rise to power has radically transformed U.S. policy, both domestic and foreign - becoming the guideline for a president and an administration who do not even attempt to conceal their strategy of confusion.

On April 3, 2020, the Washington Post has identified no less than 18,000 "false or misleading claims" of this president since he took office. With this routine, Donald Trump has succeeded in bringing the United States and Europe into a post-truth world in which almost no one can trust information regardless of its source.

New media, especially the internet and social networks, have become means for disinforming, lying, worrying and deceiving an audience increasingly prone to believing alternative "information" and to distrusting institutional information.

The U.S. president has made strategic use of this attitude through the adoption of a particularly efficient populist policy. The combination of lies and populism form an explosive cocktail for liberal democracies.

For the first time in the political history of the United States, an entirely populist strategy has allowed a stranger to the political world to access the White House call to the people by a character void of traditional political apparatus, and denunciation of the "elites".

The greater part of the U.S. electorate did not seem to be bothered by the paradox of having a billionaire pretend to represent the people against the elites.

The recurring contradictory declarations of Donald Trump illustrate both a standard populism, devoid of ideology, and aiming to reinforce his audience, even if it means subsequently disavowing his own declarations, and a compelling illustration being the idea of injecting detergents in the body to fight COVID-19.

However, the most concerning feature of the emergence of this post-truth world is the impact beyond the borders of the United States. An increasingly open resistance of the international partners, especially from European leaders, could have been expected in such an often grotesque situation.

This reaction has yet to come. To this day, criticism of Donald Trump has remained veiled when the latter did not hesitate to make violent declarations against Europeans. The shadow of this post-truth world coming from the other side of the Atlantic keeps expanding, and the COVID-19 crisis has been a striking and worrisome example.

In an attempt to justify his complete failure in managing the pandemic as well as the more than two months lost trying to deny its existence, Donald Trump has been the first to throw accusations of dissimulation at China. 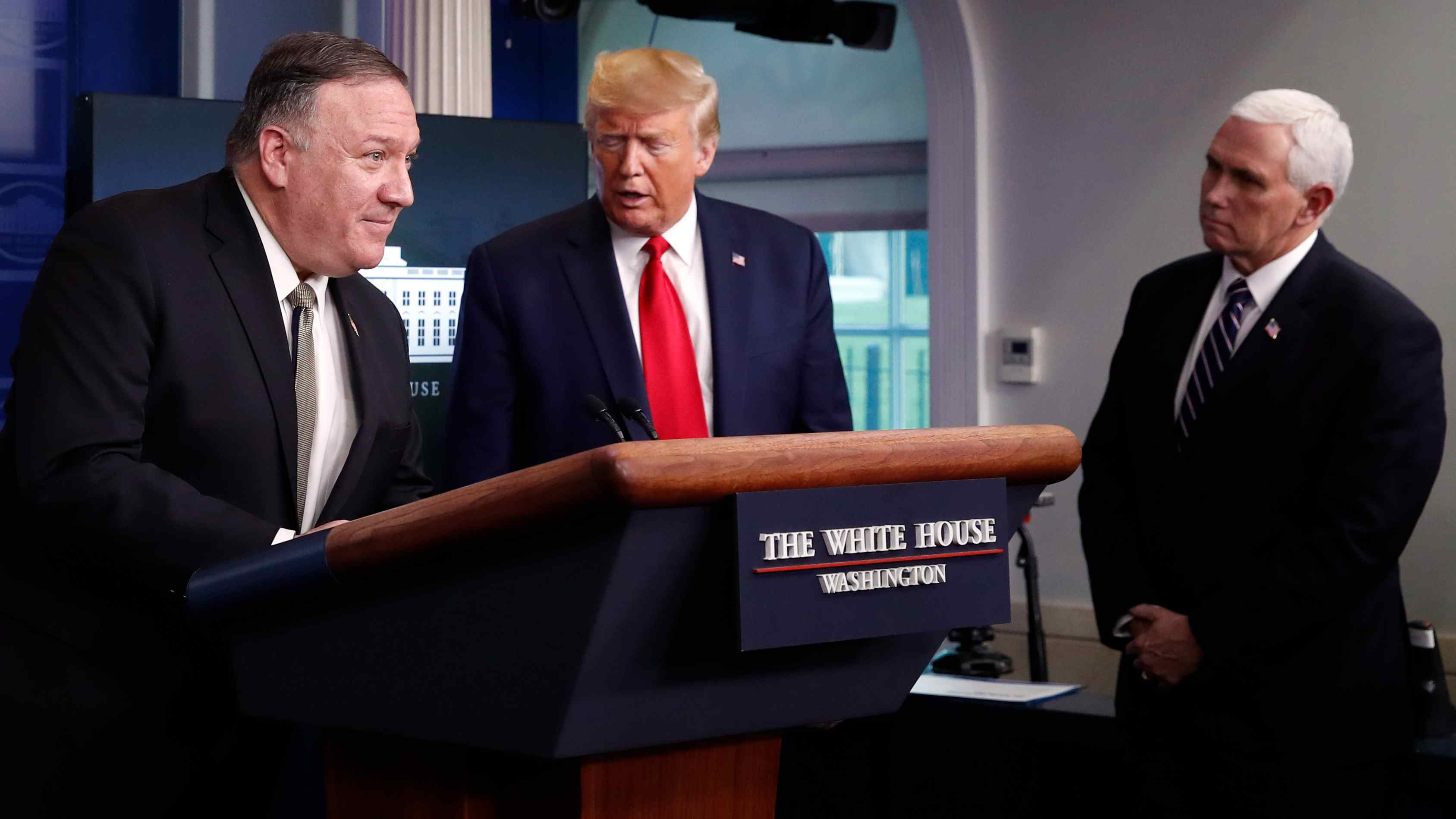 These unfounded accusations have progressively contaminated other Western countries, especially those who also needed to justify deficiency in their governance, such as the United Kingdom and France.

The lie, repeated daily and complacently taken up by certain media, now resembles a truth. The European Union has decided to follow Washington's initiative to demand an "international" investigation on the origins of the virus. Interesting enough, these accusations are limited to Western leaders, none of the Asian or African ones up to now have followed this path.

Most serious scientists claim that these accusations against China are misplaced and unjustified. The editor-in-chief of the Lancet has insisted that blaming China, who was not responsible for the pandemic, is "not helpful" and "unfair", when only international cooperation can lead to an efficient fight against it.

He declared that political officials of various countries giving credit to these conspiracy theories accusing China and the WHO lessens the possibilities of cooperation.

The core of countries who have followed the U.S. administration in this path to a post-truth world has, in reality, accepted to participate in this game of a new Cold War meant to slow, if not put a halt, to the emergence of China.

The ongoing American maneuvers support this strategy, which only reinforces the containment policy initiated by the Obama administration in 2012 with the strategy of "Pivot to Asia".

Donald Trump has consequently announced that he was considering the interdiction for American pension funds to invest in China, as well as the obligation for governmental institutions to buy medical equipment from the United States, and the further limitation of exports of certain military equipment to China.

Furthermore, the United States Mission to the United Nations has crossed a red line by tweeting on May 1 that they supported the participation of Taiwan in the organization, a clear violation of the "Three Joint Communiques" signed by China and U.S. governments.

The remaining question pertains to the extent to which Europeans will allow themselves to be pulled into this new world of foreshadowing tensions, conflicts and possibly wars.

This would seem an opportune time to distance themselves from this U.S. administration gone adrift, becoming the main threat to international order and global cooperation.