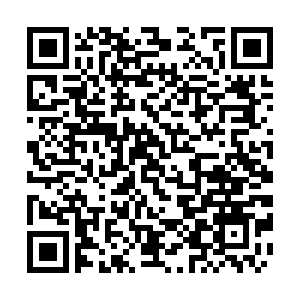 The Chinese ambassador to Germany said on Friday that china has an "open attitude" to international investigations on the origins of the coronavirus and will continue to support the World Health Organization in an open, transparent and responsible way.

China rejects groundless accusation made by some Western politicians for how it had handled the novel coronavirus outbreak, Wu Ken said in an interview with Germany's Der Spiegel magazine, as the U.S. and Australia claim the virus came from a Chinese laboratory and pressing for an international investigation.

China has been working with the WHO closely since the COVID-19 outbreak, the ambassador noted. A WHO delegation visited Wuhan, the epicenter of the disease in central China's Hubei Province, on January 20, and the WHO sent another team of experts including from the U.S. and Germany to China in mid-February.

"China will continue to support the work of the WHO in an open, transparent and responsible manner, it holds an open attitude to international investigation, and it supports the exchange of research among scientists."

Chinese and American scientists are currently working together on some project to trace the origins of the virus, he noted.

"But we reject putting China in the dock without evidence, assuming its guilt and then trying to search for evidence through a so-called international investigation," Wu said.

It's important to research for the origins of the virus, but it is scientists' not politicians' job, Wu said.

What's more important at the moment is to accelerate the research of vaccine and drugs to contain the pandemic and saves lives, he added. 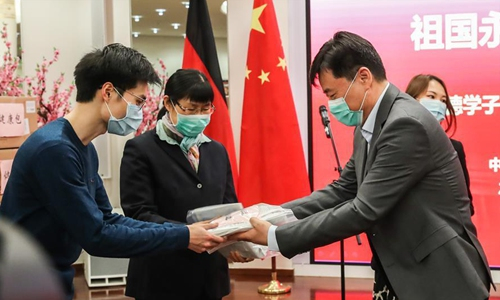 Asked about U.S. President Donald Trump's allegations over the Wuhan lab leak, Wu denounced it as a "conspiracy theory," saying it only attempted to shift blame for its own mishandling.

The WHO as well as many well-known infectious disease experts have said there's no evidence showing the coronavirus is man-made.

The claims that the virus was created in or naturally leaked from the Wuhan Institute of Virology are unproven, the Chinese ambassador said, citing Peter Daszak, a leading disease expert of EcoHealth Alliance in the U.S.

The Wuhan Institute of Virology houses China's first P4 lab – it can handle Class 4 pathogens such as Ebola – the same security level with the Robert Koch Institute in Berlin, and therefore, it's not possible for a lab with such high-level security to have any virus leak, Wu stressed.

Asked whether China should be held accountable for the global pandemic and pay for the coronavirus reparations, Wu said China strongly opposes such action.

He said China is a victim of COVID-19 just like any other country, and China bought the world time – at least six weeks – by quickly imposing travel restrictions and enforcing a lockdown in Wuhan.

Sadly some countries ignored China's warning and believed the situation was under control, he added.

"There are neither treaties or precedents in international law that require the country where the virus originated to bear the losses of other countries… Who should be responsible for and pay reparations for diseases such as H1N1 flu, AIDS, and mad cow disease?"

Those who try to hold China responsible are not concerned with international law but attempt to shift responsibility and blame by diverting the public's attention from their own slow and ineffective response, Wu said.

Asked whether the pandemic could lead to a China-U.S. escalation, Wu said both countries must keep a cool head with regards to xenophobia and conspiracy theories and work together to defeat the coronavirus pandemic.

Both China and the U.S. should reject allegations and decisions that scapegoat other countries and races, otherwise it would inevitably deepen mutual mistrust and confrontation, the ambassador said.

Wu said countries with more resources and capacity should focus on "responsibility not leadership" and should be committed to safeguarding global public health but geopolitical confrontation.

(Cover: Chinese Ambassador to Germany Wu Ken speaks in an interview with Xinhua in Berlin, Germany, May 28, 2019. /Xinhua)