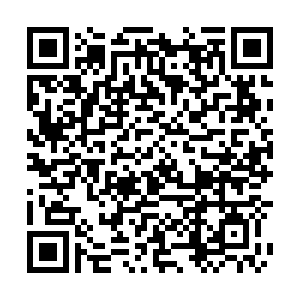 A week-long new round of video conference between the UK and the EU on post-Brexit deals will take place on May 11; U.S. Supreme Court will hear President Donald Trump's financial records cases on May 12; the 73rd Session of World Health Assembly will be held on May 17.

UK heading for a limited easing of lockdown, Brexit talks to continue

Prime Minister Boris Johnson on Sunday is due to announce the next steps in UK's battle to tackle the novel coronavirus with plans for a very limited easing of England's lockdown being expected to be announced.

The UK has been in lockdown for more than six weeks now, and yet 3,896 more people tested positive for the virus across the country on Saturday.

With an increasing number of anecdotal reports that more people are flouting the lockdown in anticipation of Sunday's announcement and a public holiday on Friday, ministers are under pressure to make any new rules as clear as possible after being criticized for mixed messaging.

Scotland, Wales and Northern Ireland have own powers to make decisions on lockdown regulations: Scotland formally extended its lockdown, Northern Ireland Executive said there was "no headroom" yet to ease the lockdown and Wales also announced to remain in lockdown for at least three weeks.

Italy and Spain, Europe's two worst-hit countries, are easing restrictions. Spain now allows people to leave their homes for short walks and exercise. Italy from May 4 reopened parks and gardens and announced to reopen stores and museum on May 18, and restaurants, cafes and salons on June 1.

The World Health Organization (WHO) has suggested countries that ease restrictions should wait at least two weeks to evaluate the impact, before taking further action.

Meanwhile, to eye on a tangible progress by June, the post-Brexit talks between the UK and the EU continue despite pandemic. Starting Monday, two sides will have a week-long new round of online negotiations.

The U.S. Supreme Court will hear a dispute over whether President Donald Trump's tax and financial records should be disclosed on Tuesday as part of its first-ever round of oral arguments by teleconference.

The case has been consolidated with another one in which Trump is seeking to prevent enforcement of separate subpoenas from the House Intelligence and Financial Services Committees targeting his financial records from Deutsche Bank AG and Capital One Financial Corp.

The justices will hear arguments in those cases and a third one seeking similar records. Rulings are expected by the end of June, ahead of the November 3 election in which Trump is seeking a second term.

The third case involves Trump's effort to block a subpoena issued to Mazars as part of the Manhattan district attorney's criminal investigation of the president and his family real estate business.

Unlike other recent presidents, Trump has refused to make public his tax returns and other financial records. His lawyers have argued that the U.S. Constitution gives a president sweeping protection from scrutiny by Congress, prosecutors and the judiciary.

The rulings by the Supreme Court, whose 5-4 conservative majority includes two Trump-appointed justices, could help set the parameters for presidential authority.

Monday: EU Foreign Affairs Council meeting; video conference between the UK and the EU on post-Brexit talks begins (to Sunday).

Thursday: EU Foreign Affairs Council (Development) meeting; Elisa Ferreira, European Commissioner for Cohesion and Reforms speaks on the challenges the COVID-19 crisis brings for cohesion and the Commission's plans in that regard.

Saturday: A quite day in politics.