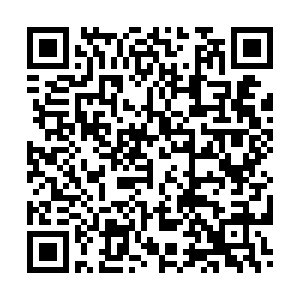 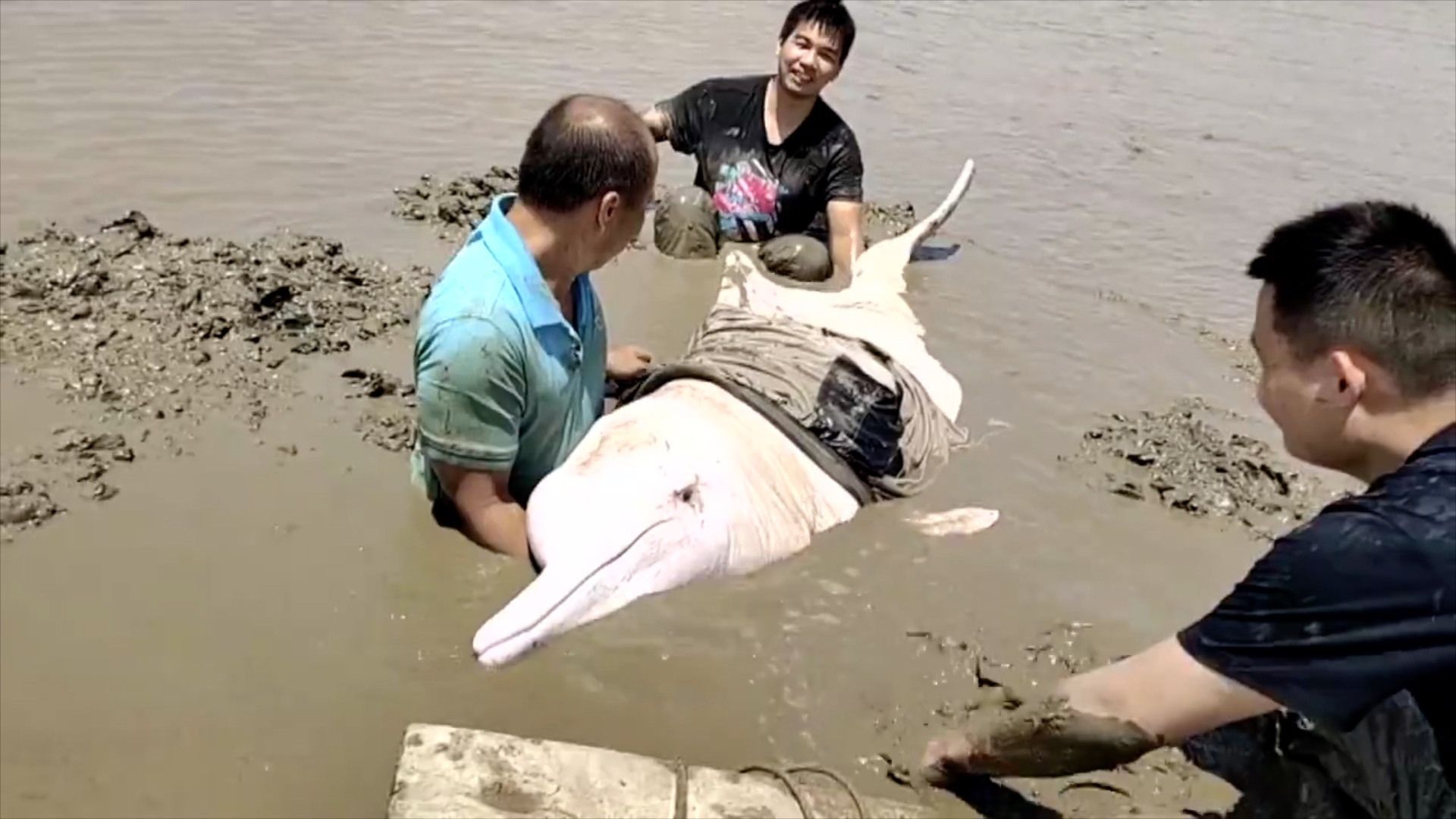 A stranded Chinese white dolphin in Taishan County of south China's Guangdong Province was released back to the water after a seven-hour rescue mission.

The dolphin, about 2.5 meters in length and over 200 kilograms in weight, was stuck in mudflats and could not move in the muddy waters.

As the tide was ebbing, the water level was decreasing and the mudflat was drying up. Rescuers were facing a dilemma: if the dolphin was pushed back by force, it might be injured by shells and rocks. If they waited for high tide, the animal might be too stressed. Temperatures were rising above 30 degrees Celsius, and the mammal was at risk of heat exhaustion.

Police officers at the scene called the Chinese White Dolphin Nature Reserve for help. The rescue team comforted the dolphin as they covered its body with wet cloth and an umbrella to prevent sunburn.

Staff raised the animal's head to help it breathe, and moved it to deeper water inch by inch. The rescue process took seven hours as police, reserve staff and local fishermen joined hands.

Before being released, staff checked the animal for injuries. It was unhurt. 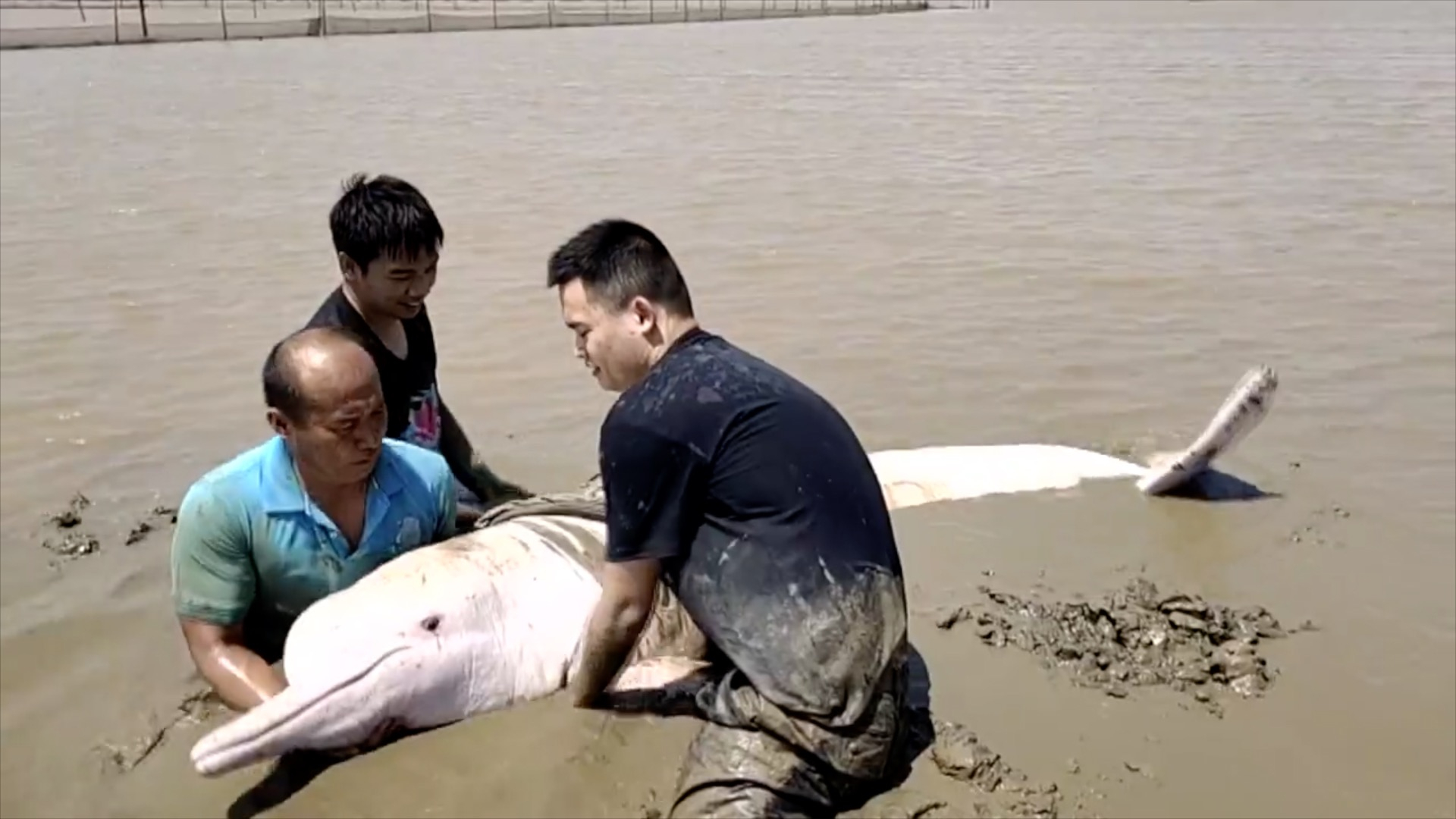 At birth, the dolphins are black. They change to grey, then pinkish with spots when young. Adults are gray, white or pink. The species is classified as "vulnerable" by the IUCN Red List, and is under class-A national protection in China.

The threats it faces include habitat loss and fragmentation, and plastic pollution in the ocean. In micro-plastic enriched waters, young calves may die from toxins in their mother's milk, accumulated from polluted seawater. Besides, noise pollution caused by traffic may disturb their use of echolocation and put them in danger. It is thought that only about 2,500 individuals currently live in the Pearl River Delta in southeastern China.