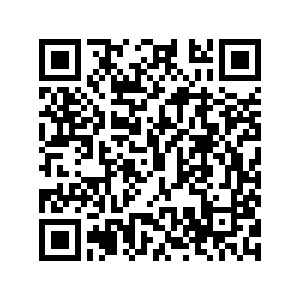 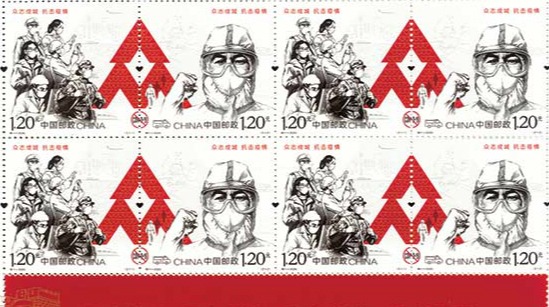 China Post on Monday unveiled a set of COVID-19-themed postage stamps to honor Chinese people's solidarity in the nation's battle against the COVID-19 pandemic.

The set, containing two stamps, is priced at 2.4 yuan. China Post plans to issue 14.5 million copies of the stamps.

The design is inspired by the joint efforts of the society against the deadly disease. At the center is a red geometric pattern featuring the Chinese character 众 (meaning "the public").

The first stamp has pictures of people who worked on the frontlines during the lockdown, including medical workers, scientists, police, community workers, volunteers and soldiers of the People’s Liberation Army (PLA), recognizing their contributions. The backdrop has patterns of  airplanes, cargo ships, trucks and high-speed railways which were deployed to provide emergency assistance to Hubei Province.

The second stamp features a collage image of medical workers, equipped with personal protection gear. In the background is the renowned Huanghelou building, an ancient structure and landmark of Wuhan City.

The stamps also have "concealed information" – animation elements which could be viewed by scanning the stamps with augmented reality technologies on smartphone applications such as Alipay or WeChat.

The funds raised by the sale of the stamps will be donated for battling the pandemic.