In The Spotlight: Kayleigh McEnany, the new White House messenger
By John Goodrich 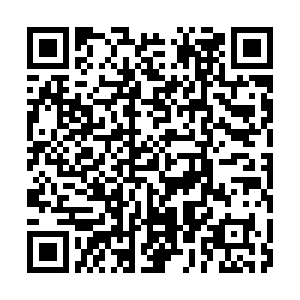 The tangled web between conservative media and the Trump White House has been further entwined with the appointment of 32-year-old Kayleigh McEnany as the administration's fourth press secretary.

Following in the footsteps of Sean Spicer, Sarah Sanders and Stephanie Grisham, the devout Christian and former Fox News and CNN contributor has embraced the role with a mix of smiles and barbs in this most untraditional of White Houses. 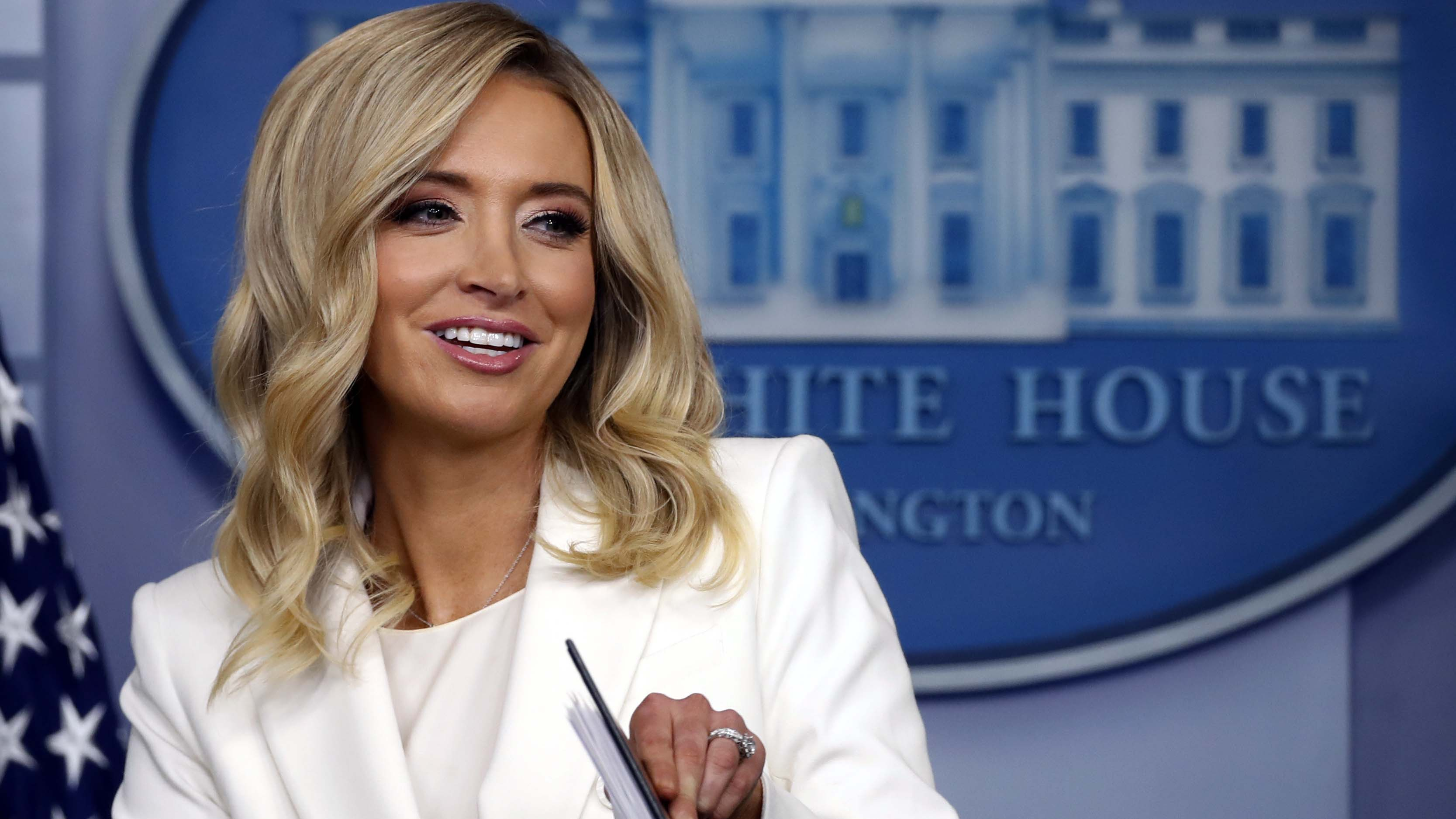 President Donald Trump has cheerleaders on TV and online who amplify his message, dictated via Twitter or from the White House lawn, or even forge it for the president's viewing pleasure to be repeated or re-tweeted.

That makes the job of press secretary — historically the conveyor of an administration's message and its most regularly visible person — a little different under Trump.

McEnany, who attended a Catholic high school in her native Florida and is married to Tampa Bay Rays pitcher Sean Gilmartin, has been a devoted Trump defender on TV over the past four years, a role she will no doubt continue in the months ahead. 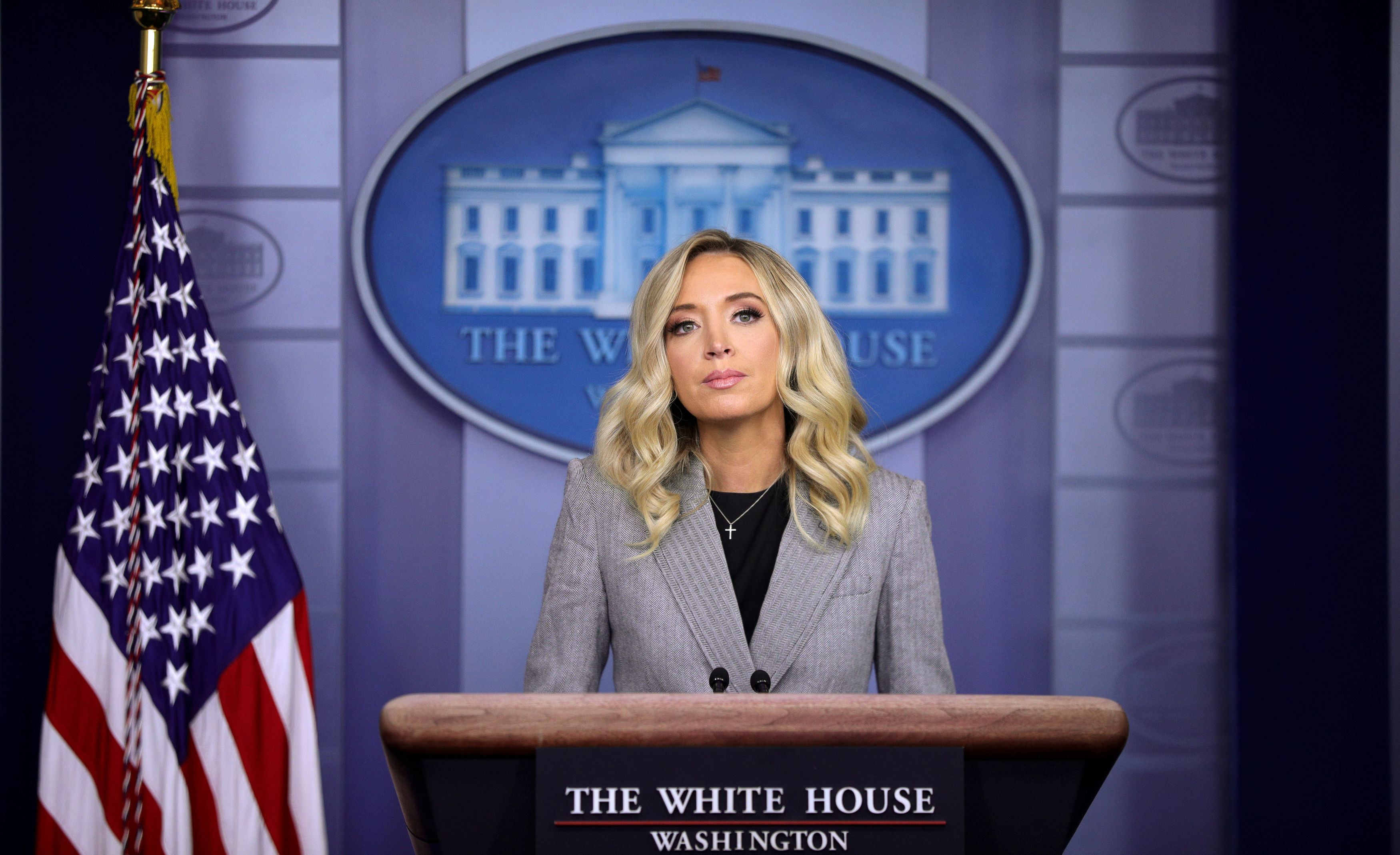 Cuomo and the rise of the governors

With an election less than six months away and the fallout from the COVID-19 pandemic showing little sign of calming, McEnany has been parachuted into the White House at a critical time — a new face to turn the messaging page.

Much like her boss, McEnany seems to love the media spotlight almost as much as she enjoys berating the press.

She was previously spokesperson for the Republican National Committee and the Trump 2020 campaign, but first caught the national eye as a lone Trump defender and frequent Obama critic on CNN before becoming a regular Fox contributor. 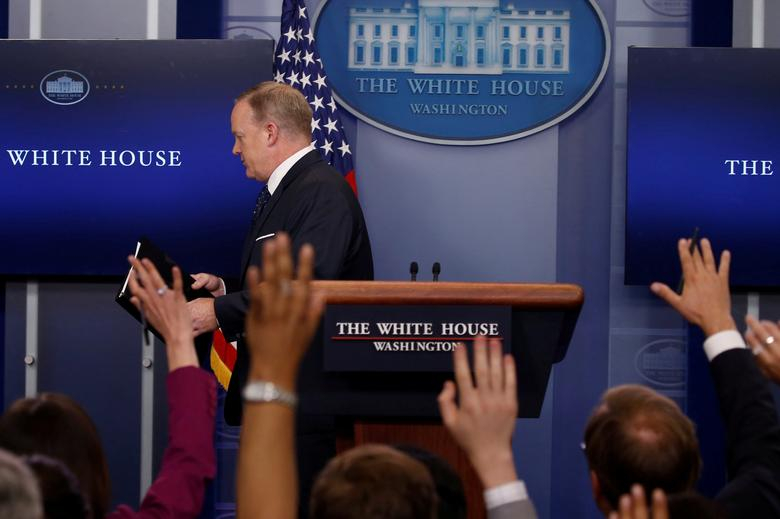 The Floridian started her new job with a promise not many spin doctors manage to keep. "I will never lie to you," she told the press during her debut briefing. "You have my word on that."

In the era of "alternative facts," what constitutes a lie is open to question. The mother-of-one's predecessors certainly struggled not to bend the truth.

Sean Spicer marked his first podium appearance with the notorious claim that the Trump inauguration crowd in 2017 was "the largest audience to ever witness an inauguration, period, both in person and around the globe."

His credibility never really recovered, and after a several missteps and a clash over the appointment of Anthony Scaramucci as communications director, he resigned and entered "Dancing with the Stars" — his fluorescent green costume "broke Twitter," according to Newsweek.

He now has a show on conservative cable news channel Newsmax, and has appeared in the White House briefing room as a reporter in recent months. 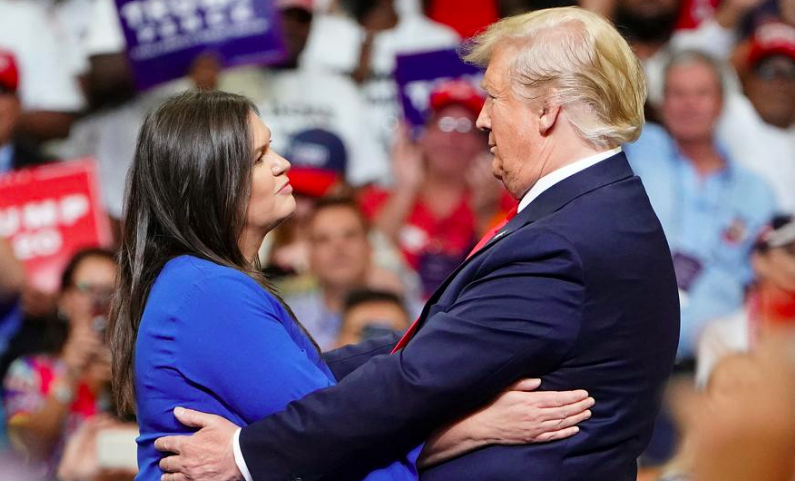 Sarah Sanders, daughter of former presidential hopeful Mike Huckabee, who took on Trump for the Republican nomination in 2016, came next.

She told some tall tales and had an adversarial relationship with the media, before jumping ship to reportedly prepare for a tilt at the Arkansas governorship once held by her father — and join Fox News as a contributor.

McEnany worked for three years on the Mike Huckabee Show, the long-running Fox program hosted by Sanders' father, before studying law at Miami and the Harvard.

Third in line was Stephanie Grisham. She did not utter a single falsehood from the podium. In fact, she didn't utter a single word. Despite serving for nine months as press secretary, the 43-year-old didn't give a single briefing – but did find time to give regular interviews to friendly TV channels.

Under new Chief of Staff Mark Meadows, the communications team at the White House was shaken up as the critical six-month countdown to the November 3 election began.

Grisham transferred to serve as First Lady Melania Trump's chief of staff, Hope Hicks returned to the White House after a spell at Fox and Alyssa Farah moved from the Pentagon to be the new director of strategic communications. 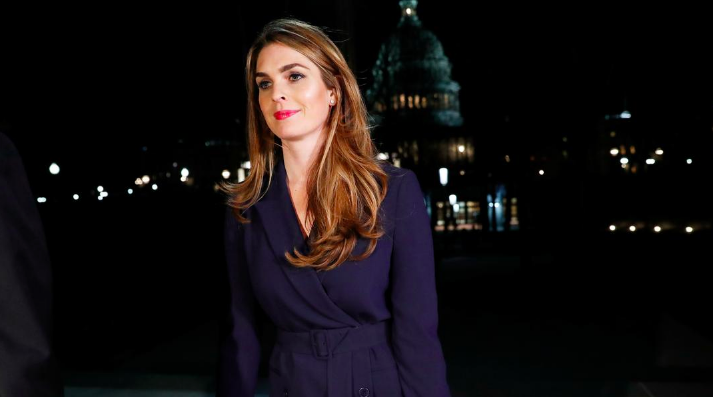 With the U.S. suffering the most COVID-19 deaths in the world, unemployment at 14.7 percent and the polls in key states moving against Trump, a fresh narrative is needed.

McEnany's appointment indicates an attempt to pivot to a new phase — one in which conservatives are excited and the economy is on an upward trend come election day.

"We built the greatest economy the world has ever seen," Trump argues in a new campaign video. "And we're going to do it again." For the message to have resonance, Americans will need to start feeling that life is improving soon. 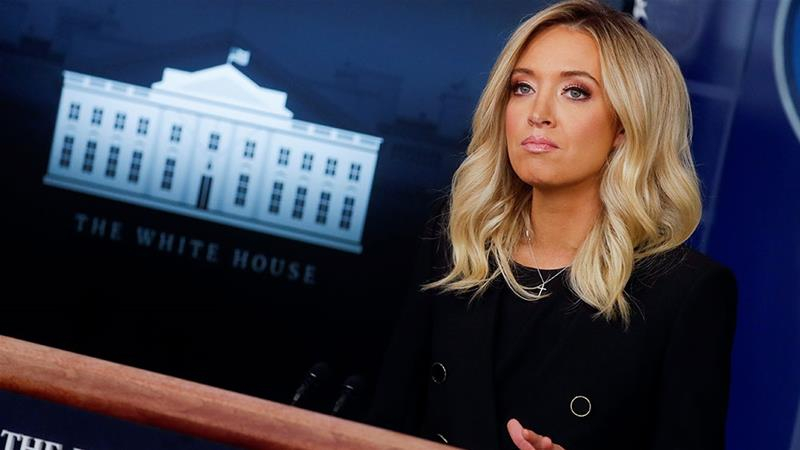 The spin from McEnany's three briefing room appearances so far suggest she will be a spokesperson in Trump's image — building up the president and knocking down reporters, while eloquently echoing his messages.

"There were supposed to be 2.2 million deaths," she said last Wednesday, "and we're at a point where we're far lower than that thanks to the great work of the task force and the leadership of President Trump."

An Imperial College London model did warn that if neither the government nor Americans changed behavior 2.2 million deaths were possible. But that was a worst case scenario — there was never "supposed to be 2.2 million deaths."

Later asked about her claim on Fox in February that thanks to the administration's travel restrictions "we will not see diseases like the coronavirus come here," the Harvard Law graduate turned it back on the media — a popular trick with Trump supporters.

Ready for the question, she listed headlines apparently downplaying the threat of the virus. The Washington Post pointed out her references missed important context but as she left the stage with a smile, the TV moment was made.

McEnany has so far made the case to Trump supporters in polished style, without serious missteps. Whether she can — or wants to — reach out beyond the world of conservative media consumers remains to be seen.

But she appears to have all the talents the president wants in a spokesperson: A loyal defender, a reliable echo — and good on TV.