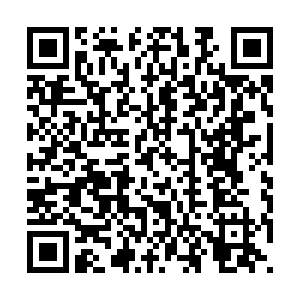 Editor's note: This is the 59th article in the COVID-19 Global Roundup series. Here is the previous one. 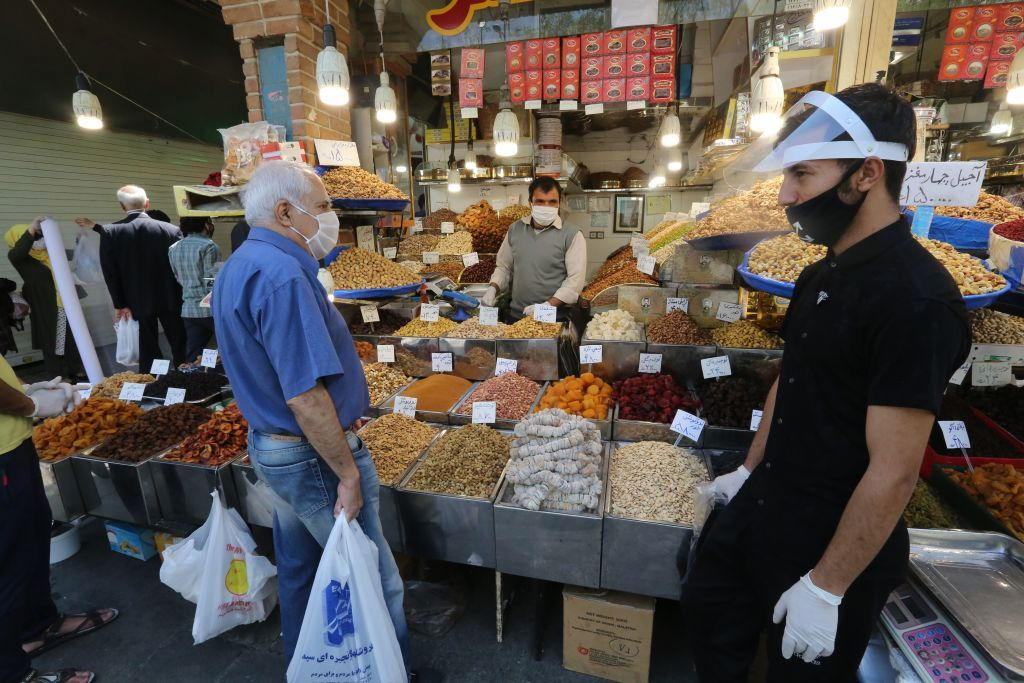 Iranians wearing protective gear amid the COVID-19 pandemic, shop on a street by the Grand Bazaar market in the capital Tehran, April 18, 2020. /AFP

Iranians wearing protective gear amid the COVID-19 pandemic, shop on a street by the Grand Bazaar market in the capital Tehran, April 18, 2020. /AFP

With the coronavirus pandemic sending oil prices to record lows and numerous businesses halted and even collapsed, for Iran, which has been suffered from U.S. sanctions, the economic woes are further deepening.

Reflecting such a state of fiscal affairs, Iran has cautiously opened part of its economy. The country opened intercity highways and major shopping centers at the end of last month, allowing stores from high-end malls to the meandering alleyways of Tehran's historic Grand Bazaar opened their doors.

On Tuesday, the country allows all mosques to reopen temporarily, without saying whether they would stay open. The announcement comes after the resumption of prayer gatherings last week in at least 180 Iranian cities and towns with low risk of coronavirus contagion after a two-month suspension. It will also open schools next week.

Despite reopening some businesses, Iran's parliament also approved a measure to change its currency from the rial to the toman, which will be set as 10,000 rials, to curb the growing inflation. At present, one kilogram of tomatoes alone costs 64,040 rials.

With many Iranians feeling choked by hardship in the Middle East's worst-hit country, experts warn Iran is experiencing possibly its toughest economic conditions since the 1980-88 war with Iraq due to two bitter challenges: the coronavirus, which has disrupted the country's economic activities, affecting the incomes and lives of millions of Iranians, and the U.S. sanctions, which were imposed two years ago, testing Iranian government's capacity to adapt to. 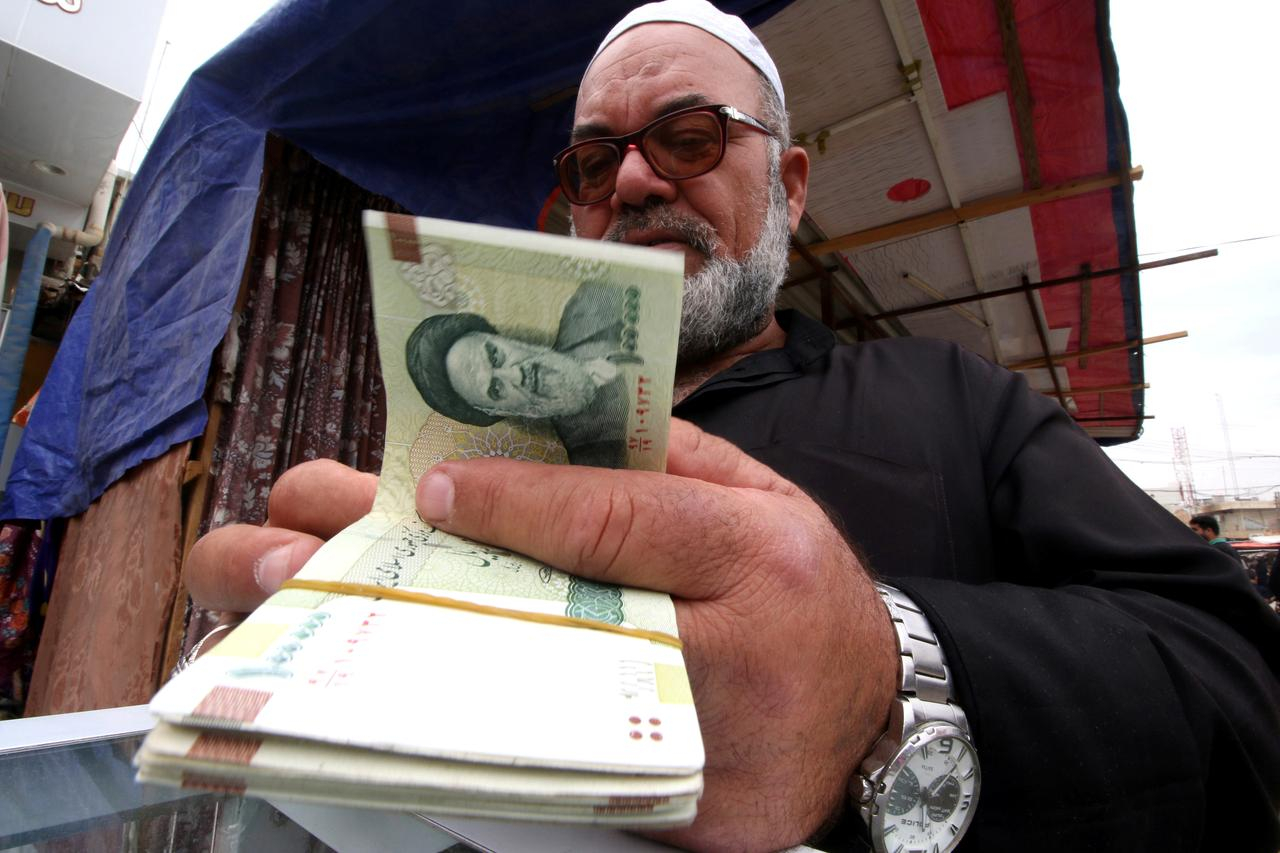 According to the Statistical Center of Iran, the average goods and services consumer price index has grown by 37 percent. Before the coronavirus, Iran's national currency has lost more than 60 percent of its value during the past two years. Recently, it fell to 161,000 rials to the dollar.

The inflation is making most Iranians struggle to make ends meet and the call to reopen the economy is much more pressing despite the fact that the number of confirmed cases is steadily growing.

Taxi drivers are the first group who return to their work despite the risk of coronavirus contagion.

"We have no choice but to work because we cannot afford to sleep at home and not to work with these high prices. … I am a tenant and need the money to pay the monthly rent and also pay off my car loan," a cab driver told TIME magazine.

Before the coronavirus outbreak, Iranian government has attempted to bolster its non-oil sectors like agriculture and manufacturing to compensate for the losses generated by the U.S. sanctions. However, the epidemic gave its economy another blow with the services sector bearing the hardest brunt. And the border closures further hampered trade with its neighbors.

The International Monetary Fund (IMF) predicted that Iran will see its economy shrink six percent and the growth rate will be minus 12 percent for the end of this year. And the unemployment is estimated to reach at least 19 percent, according to The Economist Information Unit.

A research made by The Iranian Students Polling Agency (ISPA), found out that the virus has hurt the income of 50 percent of those surveyed, with 42 percent saying their businesses closed as a result. Of those polled last month, 13.5 percent said the outbreak left them jobless. The survey interviewed 1,563 people and offered no margin of error.

Protesters call for the Trump administration to ease economic sanctions on Iran to help the country's fight against COVID-19, Washington, U.S., March 11, 2020. /Reuters

Protesters call for the Trump administration to ease economic sanctions on Iran to help the country's fight against COVID-19, Washington, U.S., March 11, 2020. /Reuters

Though to protect the economy, Iran President Hassan Rouhani has allowed "low-risk" businesses to reopen. Businesses and services seen as high-risk, including theaters, swimming pools, saunas, beauty salons and restaurants, have yet to reopen.

And U.S. sanctions are making the economic situation worse. The country has been struggling under severe U.S. sanctions for two years after President Donald Trump unilaterally withdrew America from Tehran's nuclear deal with world powers in May 2018.

Iran ranks second in the world in natural gas reserves and fourth in proven crude oil reserves. Economic activity and government revenues depend to a large extent on oil revenues. Ever since the U.S. sanctions, which choked Iran's oil exports, crippled its economy and practically pushed it out of the international banking system, Iran's GDP contracted 4.7 percent in 2018, 7.6 percent in 2019.

The sanction triggered economic fallout further made it impossible to swiftly take the necessary medical, economic and social measures to protect its citizens from the coronavirus.

Though political leaders, organizations and activists from Asia to Europe, even within the U.S., including former Democratic presidential candidates Elizabeth Warren, Bernie Sanders and some prominent newspapers have urged the Trump administration to ease its sanctions to help the country's fight against coronavirus, the sanctions now not only remain in place, but also have been tightened during the pandemic.

U.S. officials last month said they will block Iran's attempt to get a loan of five billion U.S. dollars from the IMF to combat COVID-19, though the country is entitled to a loan as it has paid its dues and without any debt to the IMF.

On May 6, Trump vetoed a U.S. Congress resolution that would have terminated the president's power to use armed forces in hostilities against Iran.

Experts say America's maximum pressure is one of its major efforts to try to force Iran to return to the negotiating table in a weak and desperate position, but if Iran continues to stand tall, the policy will fail and Trump needs to ease the pressures using the excuse of the ongoing humanitarian emergency in Iran, which is more beneficial for his political future.

Recently, Iran signaled friendliness to the U.S. with the cabinet spokesman Ali Rabiei saying Iran is ready for unconditional talks with the United States on a prisoner swap, ending the suffering of hundreds of families who are worried about the well-being of their loved ones during the pandemic.

"But the U.S. has refused to answer, so far," Rabiei said. "We hope that as the outbreak of the COVID-19 disease threatens the lives of Iranian citizens in the U.S. prisons, the U.S. government eventually will prefer lives to politics."