Despite COVID-19, a delay in next phase of Brexit is far from certain
Jonathan Arnott 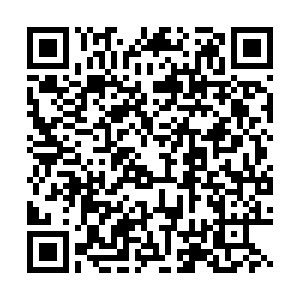 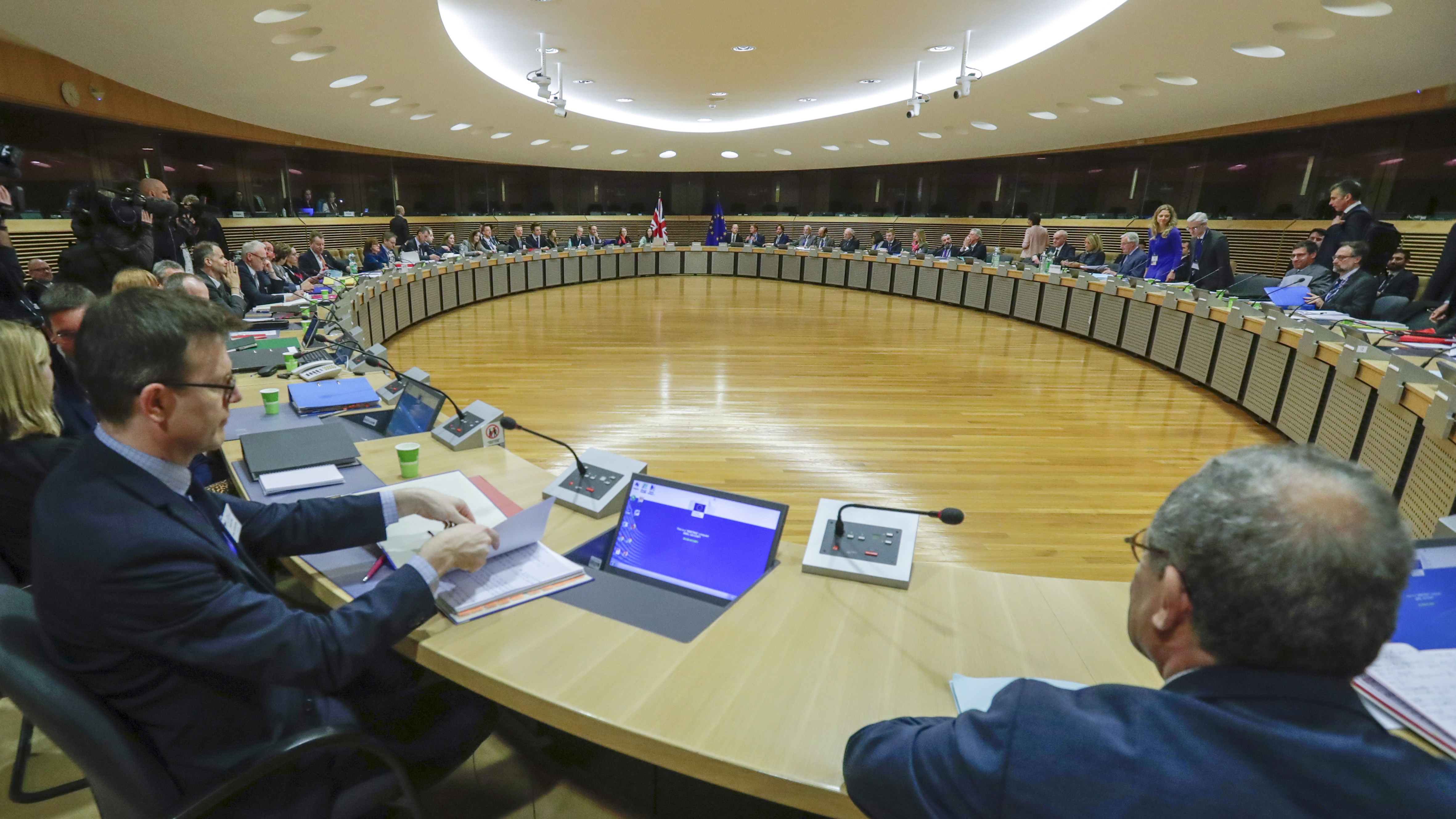 The UK and EU delegations at the start of the first round of post-Brexit trade talks between the EU and the UK at EU headquarters in Brussels, March 2, 2020. /AP

The UK and EU delegations at the start of the first round of post-Brexit trade talks between the EU and the UK at EU headquarters in Brussels, March 2, 2020. /AP

Editor's Note: Jonathan Arnott is a former member of the European Parliament. The article reflects the author's opinions, and not necessarily the views of CGTN.

Two and a half thousand years ago, Aesop wrote his famous fable about a boy who was tending sheep. He would warn villagers that a wolf was approaching, causing panic when there was in fact no wolf. When a wolf finally did arrive, the villagers did not believe him. The fable is a classic, taught to children in many nations of Europe.

In the future trade negotiations between the United Kingdom and the European Union, the wolf has finally arrived – in the form of COVID-19. Yet many Brexiteers are adamant. They have heard every possible excuse under the sun which could possibly delay Brexit. Having waited for almost four years already since the referendum, they would see any delay as being merely another excuse to back-pedal on the decision.

I understand their point of view: the frustration of coming back to the same point, over and over again, is huge. Now, though, there are genuine practical problems but the clock is ticking faster than most people have noticed.

A significant deadline, buried deep within the text of the Withdrawal Agreement, looms large; whilst the end of the transition period isn't due until the end of the year, any extension must be agreed by the end of June.

At the time, it seemed ridiculous to them to countenance any extension beyond the end of 2020. They sensed a huge frustration from many members of the public who couldn't comprehend why their vote had not been listened to – and many new MPs believe they owe their seats to the promise of delivering Brexit in a timely fashion.

As the next round of talks gets underway this week between the two sides, expectations are not running high.

The Irish foreign minister is already talking about a potential "crisis point" and described the current timeline as "virtually impossible." There has certainly been progress, but in technical areas of cooperation such as aviation. Important, yes, but on the fundamental issues there remain huge differences between the two sides: the United Kingdom's position is that the European Union has failed to recognize the reality of the situation – that the UK will not continue to be subject to European government and wishes to negotiate as sovereign trading partners.

The nature of so-called "level playing field" provisions remain at the heart of the tensions between the two sides. There's a world of difference between maintaining current standards and following as-yet-unwritten future EU legislation. The United Kingdom offers the former; the European Union demands the latter.

There is a particular flashpoint on fisheries: the UK does not wish to concede free EU access to high-value fish in British waters without getting something in return; the European Union, having had such access for two generations, does not wish to lose it. 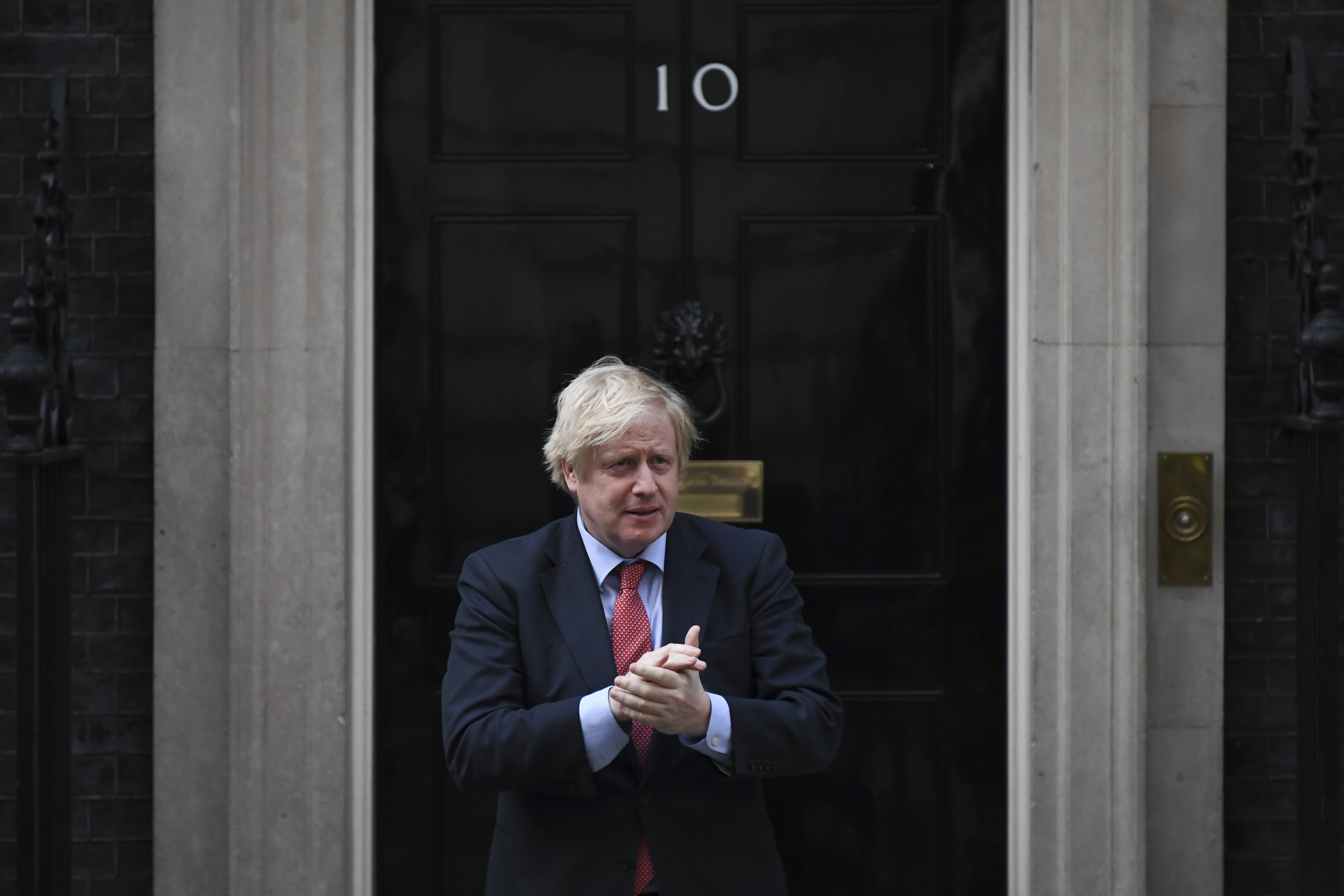 Britain's Prime Minister Boris Johnson joins in the applause on the doorstep of 10 Downing Street in London during the weekly "Clap for our Carers," May 7, 2020. /AP

Britain's Prime Minister Boris Johnson joins in the applause on the doorstep of 10 Downing Street in London during the weekly "Clap for our Carers," May 7, 2020. /AP

Those ongoing issues are nothing to do with the COVID-19 outbreak, but the political bandwidth for seeking a nuanced solution to those issues has been lessened when negotiators on both sides have previously fallen ill. Perhaps, this time, there really is a wolf. Perhaps more time for negotiation might actually achieve something.

Extending the transition period is not exactly a straightforward option. It would require the UK government to change the law. Furthermore, a political row would immediately follow on budgetary matters. The European Union is still in the process of finalizing the next Multiannual Financial Framework (the EU's seven-year financial plan).

In short, the UK government would lose significant popularity with its own supporters if it were to agree to pay to extend the transition period. Agreement on the amount of money and length of the extension would be difficult – and all would be scrutinized in detail, not least because it would require new legislation in the United Kingdom and significant alterations to the EU budget.

The clock is ticking, and there's not much political will to kick the can even further down the road. However unique the current circumstances, the people who are calling for an extension to the trade negotiations are generally the same ones who consistently rejected the referendum result. They must hope they will not be seen as crying wolf once too often.