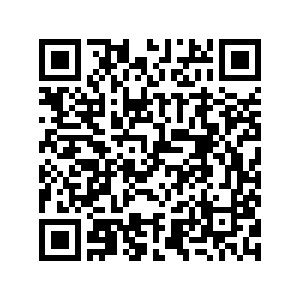 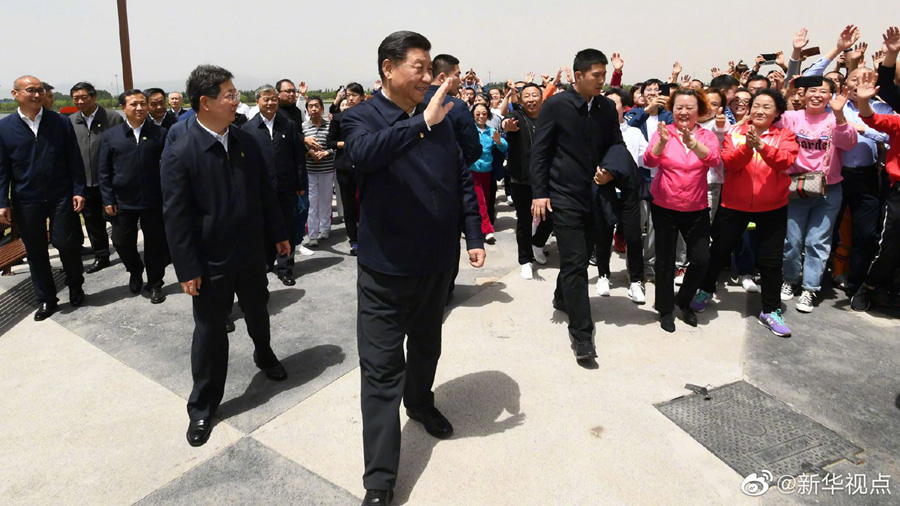 Chinese President Xi Jinping has called for efforts to overcome the adverse impacts of the COVID-19 epidemic and make greater strides in high-quality transformation and development to ensure that the target of poverty eradication is reached and the building of a moderately prosperous society in all respects is completed.

Xi made the remarks during an inspection tour to north China's Shanxi Province to investigate its recovery from the coronavirus pandemic.

He also stressed efforts to complete building a moderately prosperous society in all respects, and ride on the momentum to write a new chapter in socialism with Chinese characteristics for a new era.

As the country's coronavirus outbreak eases, poverty alleviation and economic recovery are top of Xi's agenda.

With eight months to go until the end of the year, China is en route to delivering its target of eliminating absolute poverty by 2020's end.

On his first stop, Xi visited an organic daylily farm in Yunzhou District of Datong City, and Fangcheng new village in the city's Xiping Township to learn about its poverty alleviation efforts.

He then visited the Yungang Grottoes, where he heard about historical and cultural heritage protection efforts. He called the grottoes a "treasure of human civilization." 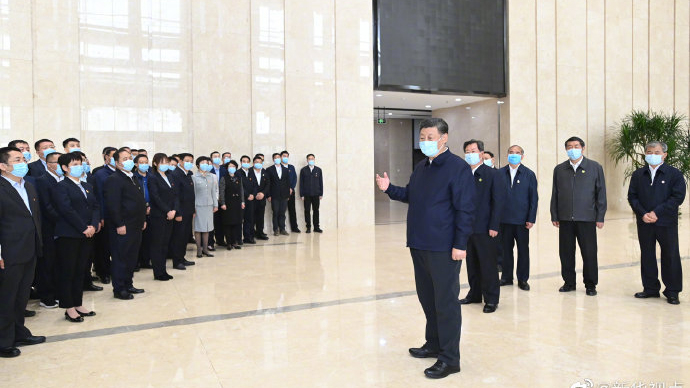 On the second day of his inspection tour, Xi went to Taiyuan, the capital of Shanxi Province. The Chinese president learned about work resumption and upgrades to traditional manufacturing, as well as ecological and environmental protection efforts.

On Tuesday morning, he visited an economic reform demonstration zone and learned about their efforts to transform and upgrade local resource and manufacturing industries.

Noting that Shanxi is faced with the problem that it only has coal as the support industry, Xi urged the province to have a long-term strategic plan and strive for a new and right path of transition to the track of high-quality development as soon as possible. 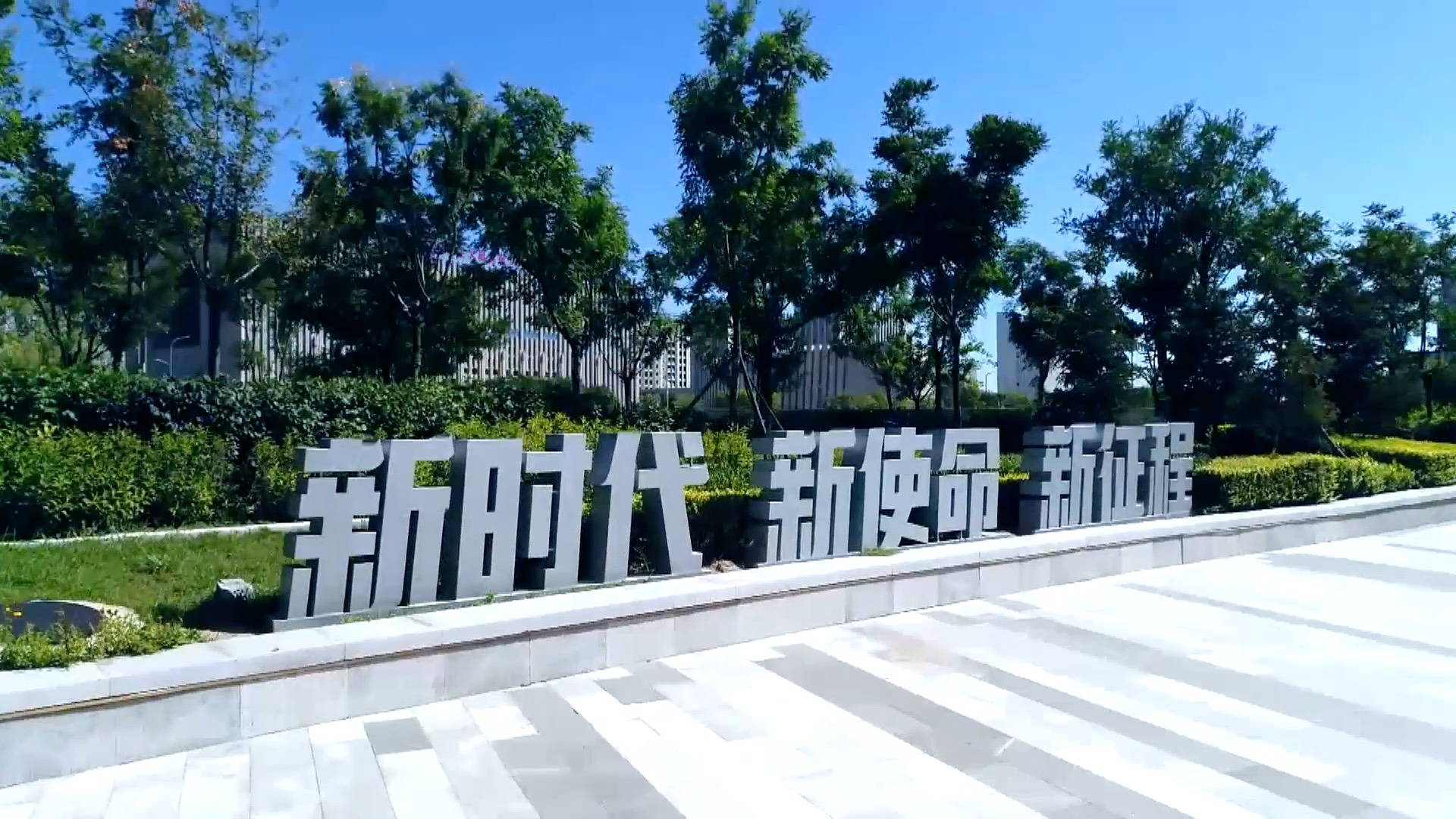 Xi then visited Taiyuan Iron & Steel Company, the leading enterprise in China's stainless steel industry. He saw that production has resumed after the coronavirus outbreak.

Pointing out that products and technology are the foundation for enterprise, President Xi hoped the enterprise will make further efforts in scientific and technological innovation to bravely scale new heights and promote the development of advanced manufacturing industry. 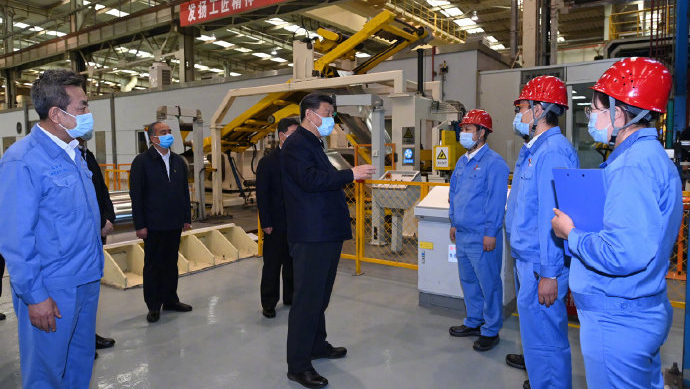 Xi also told the enterprise to continue to strengthen epidemic prevention and control measures to ensure the safety of production.

Xi also visited the Fenhe River, which flows southeast into the Taiyuan Basin, where he stressed on the ecological protection and pollution prevention of the second-longest tributary of the Yellow River. 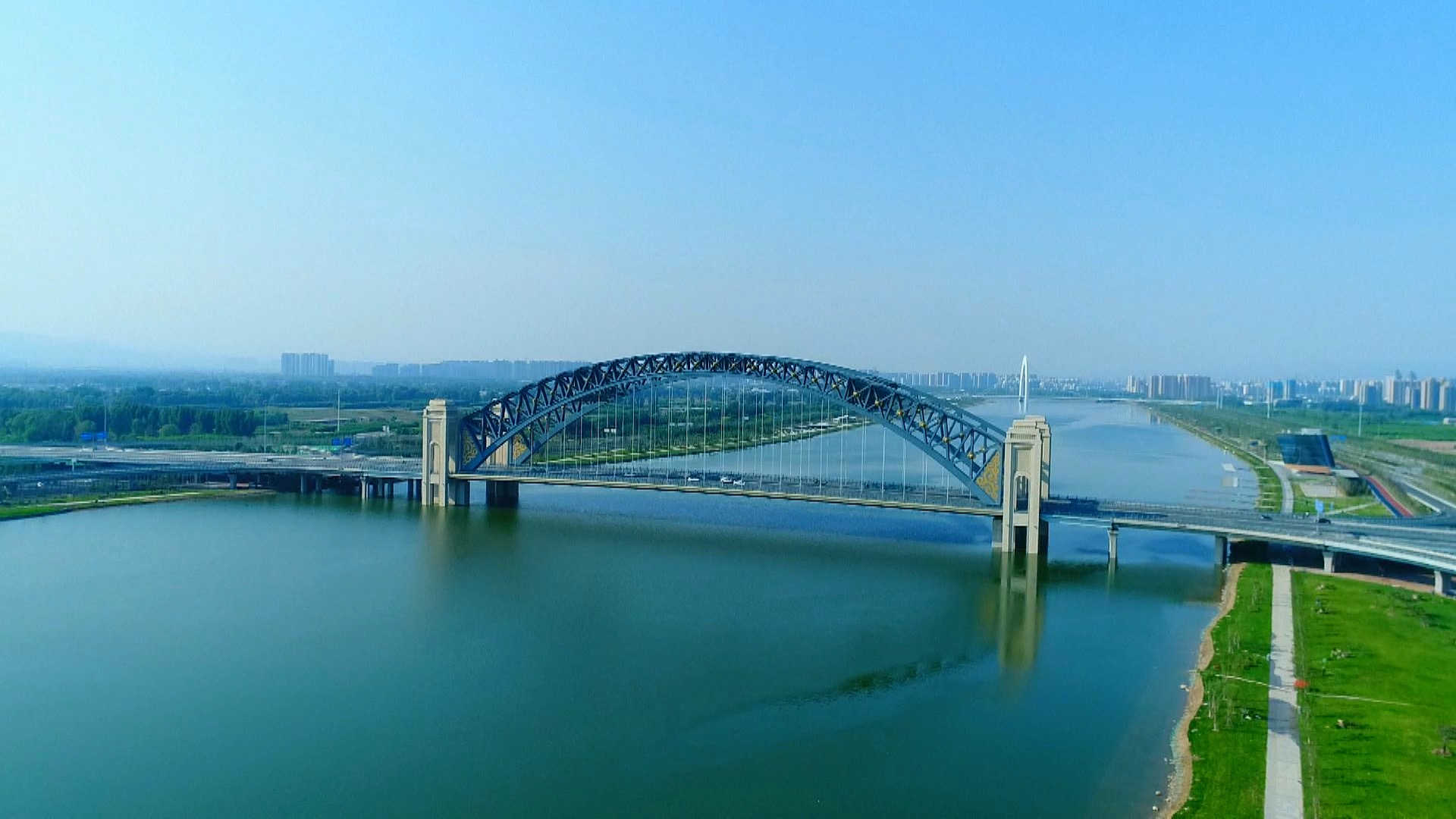 The harnessing of Fenhe River is not only for ecological environment protection and economic development of Shanxi Province, but also related to the historical and cultural heritage of the Taiyuan city and the whole province, he added.

President Xi also encouraged green ways of working and living and called for more efforts to let people living in Taiyuan have a much stronger sense of fulfillment, happiness and security.

Xi calls for tightening the chain of epidemic prevention and control

Xi told Shanxi Province to tighten the chain of epidemic prevention and control at all times after listening to the work reports of CPC Shanxi Provincial Committee and the provincial government On Tuesday afternoon.

Since the country is still under pressure to prevent the coronavirus from re-entering the country to cause a new epidemic, Xi said normalized measures should be improved to prevent and control the epidemic.

"We should solve the difficulties and problems faced by enterprises in restoring production and management in a more timely and effective manner," he said.

President Xi urged the province to focus on the high-quality development of the manufacturing industry and give priority to innovation in the overall development. 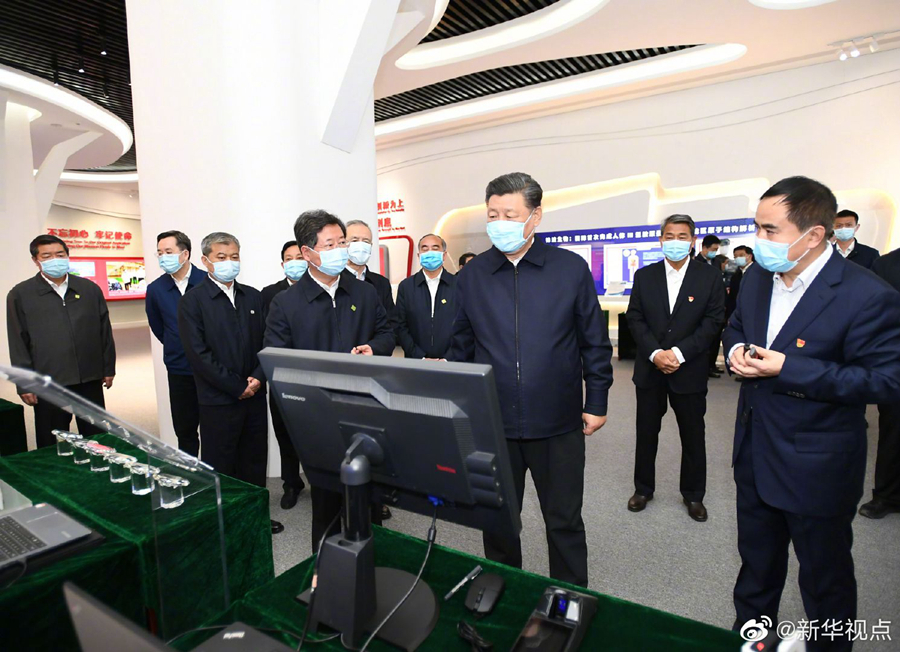 "Green mountains are equal to gold mountains," Xi said as he called for measures to promote restoration of the ecosystems, implement the national strategy of ecological protection in Yellow River basin and to win the tough battle against pollution.

On the follow-up work of alleviating poverty through relocation, Xi said the government should strengthen follow-up support for relocated people to prevent people from slipping back into poverty.

On improving people's living standards, Xi called for particular attention to ensuring employment for key groups such as college graduates, veterans, laid-off and rural migrant workers, as well as those returning to rural areas.

He urged to make up for weaknesses, which were exposed in coping with the COVID-19 epidemic.