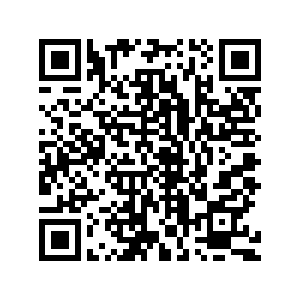 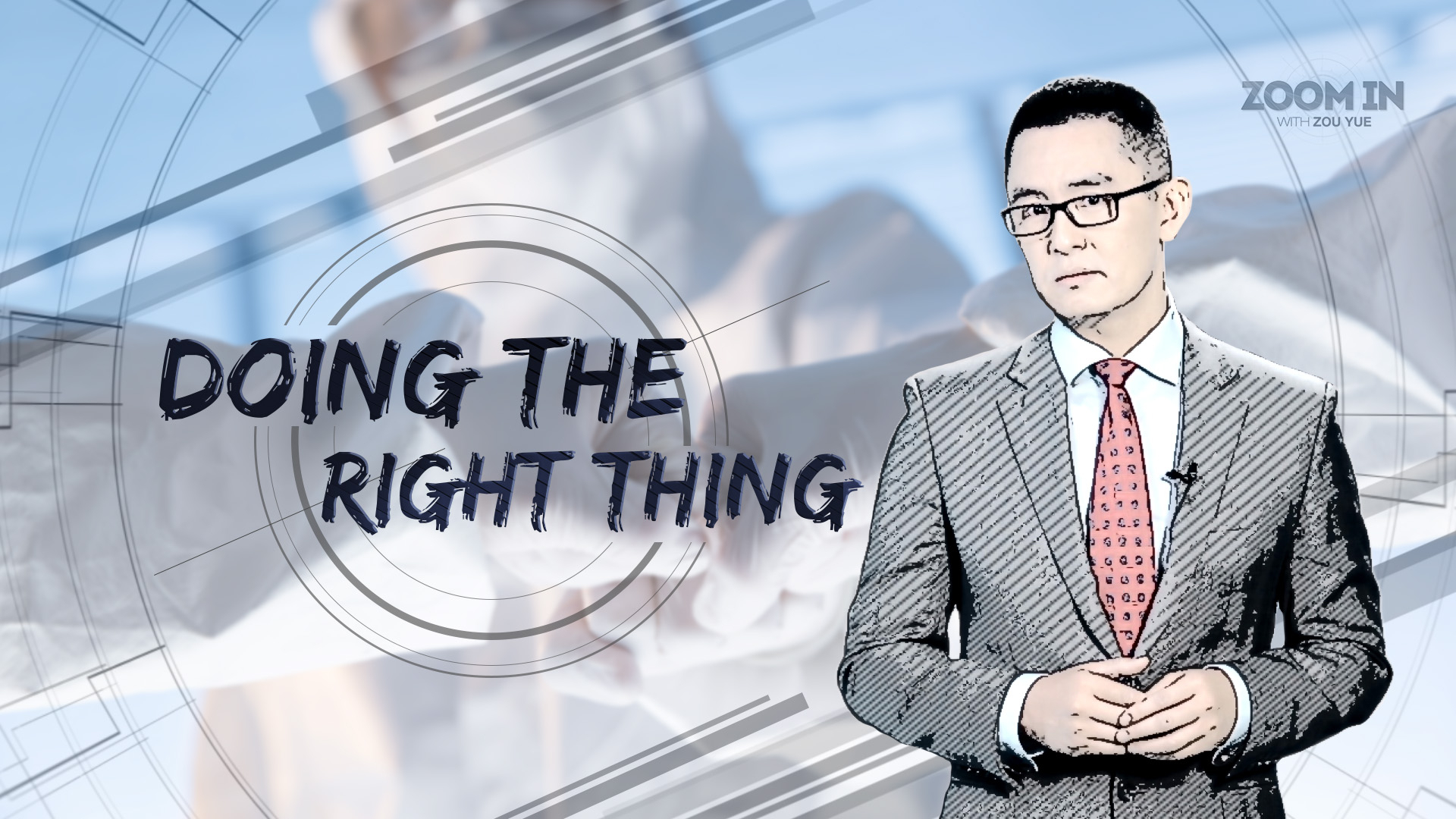 Editor's note: While the fight against COVID-19 continues in many parts of the world, attacks on China have angered the people in this country. CGTN's Zou Yue believes that China should continue doing the right thing, as it always does, despite facing false accusations and criticism from some other countries.

A lot of Chinese people are confused while some are angry. Why is China still the bogeyman even after it reined in COVID-19? Why do we keep sending the world medical supplies even when they nitpick on some shoddy batches and blame us for meaning harm? Why do they interpret good gestures as some vicious schemes?

Well, it is because we do the right thing.

Have you realized that America has been grabbing every opportunity to scold China from the very first day? And their voices get especially loud when the Chinese do the right thing, such as building the next-generation communication infrastructure, laying the railroad linking nowhere to everywhere, and sending its best doctors and nurses to help when the world is crying for help.

How dare they? How can they blame us, especially in times like these?

But be calm and be candid.

The West is wearing a huge lens – the lens of seeing everything in China as under the auspices of the CCP. And CCP equals the devil in the minds of many Westerners. They don't get the fact that reducing China to an authoritarian regime is the biggest blunder they can possibly make in reading China. But I know it is very hard to have their ears. Some people see what they want to see and hear what they want to hear. Unfortunately, there are more and more such people in the West.

So what should China do? Join a scold war with them? I guess not. The Chinese should not believe in these cheap shots. China should do what Confucius told us to do: repay grievance with virtue. That is always how we do things, and that is what we do best. Yes, sometimes our words fall on deaf years and land on ungrateful hands, but so what? We still do the right thing.

China is always seen as a monolithic place. This is not further from the truth. On one hand, China is Europe and America combined, but with more complexity and diversity. One Chinese company selling shoddy stuff is just what it sounds, one company. If one city treated foreigners insensitively, that means that one city needs to do better, but China has hundreds of cities and millions of companies. On the other hand, China has seen a unified system for millennia, and it always values strong central political leadership. That is why China reined in the epidemic while some others are still struggling. The idiosyncrasies are always defined as authoritarian, but I would rather call it authoritative.

Yes, the Chinese system suits an effort like epidemic control because such a task requires strong leadership and an efficient government. But China should not be smug because economic reform demands the government to step back and play the second fiddle to market forces. And in that area, China still has a long way to go.

If COVID-19 is a chain reaction, the initial event that turned everything upside down is the spill over of a virus to humans. In the end we can only blame probability, as epidemics always happen. For everyone bearing the consequences, the real question is do we have a clear conscience to say we have tried our best?

I guess the Chinese can chin up and say we did. Maybe we could have done better in the early week with prompter decisions despite limited data. But reasonable people should know that in the early stage, decision-making is hard. The same reason the Chinese should understand that two months of data and warning did not make Europe and America react quicker. Even now we are still ignorant and vulnerable, I mean everybody, Asians, Europeans, Americans and Africans.

So how should China do and say things? Let us be honest and conscionable. If some peddle crackpot ideas, like the virus is cooked in a lab, and they blame their failure on an easy target like China, So be it! You don't need to chide craziness, you just give them a mirror, and people shall see. Nobody can cheat everybody all the time!

China should continue to send help, continue to develop vaccines and make it available to the world. China should be a force for good by doing good and doing it consistently.

Allow me to end with a quote from a Chinese written at the time of the Black Death: we don't need the world to be thankful; we shall keep on doing the right thing.