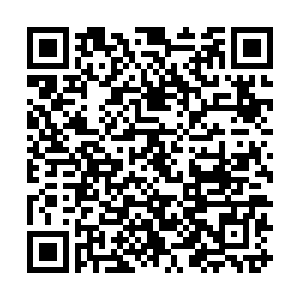 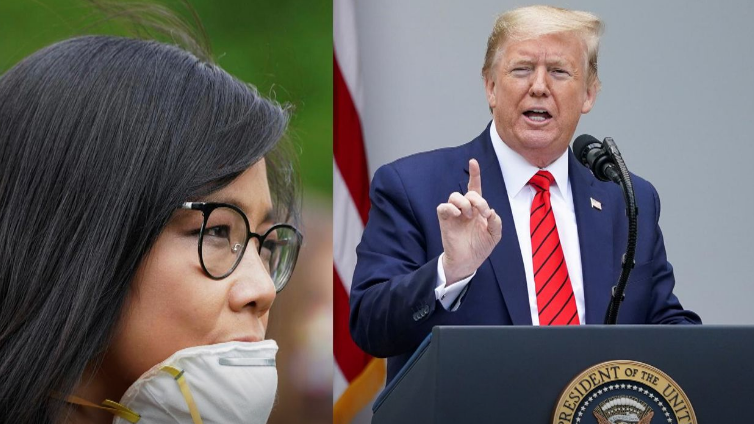 A screenshot combo of U.S. President Donald Trump points to a question asked by a journalist of Chinese descent as he speaks about the coronavirus during a press briefing in the Rose Garden of the White House, in Washington, DC., U.S., May 11, 2020.

A screenshot combo of U.S. President Donald Trump points to a question asked by a journalist of Chinese descent as he speaks about the coronavirus during a press briefing in the Rose Garden of the White House, in Washington, DC., U.S., May 11, 2020.

After a row on the White House lawn on the evening of May 11 with a journalist of Chinese descent, U.S. President Donald Trump came under significant criticism for perceived racism mixed in with his anti-China policies.

The following morning, the president took to Twitter in an attempt to deflect from the incident and declared: "Asian Americans are very angry at what China has done to our country, and the world. Chinese Americans are the most angry of all. I don't blame them!"

The timing of this incident is significant, as it comes just days after a new visa rule which limits the stay of all Chinese mainland nationals pursuing journalism jobs in the United States, irrespective of which outlets they work for.

This, alongside the administration's ever escalating politics of blame against China over the COVID-19 situation in the United States and the pursuit of Cold War-style aggravation, poses significant ramifications for Chinese people and others of Asian descent in America and in associated countries.

From this, there is one truth which needs to be spoken: The pursuit of global confrontation against China by the United States is not acting in the best interests of Chinese Americans and other Asians.

Although such critics insist that they only target "The Communist Party" and not everyday society, in practice the ramifications of such policies have a wide effect through how they whip extreme levels of suspicion, fear and paranoia, all of which are making America, and to extent other countries, increasingly inhospitable places for these groups. Even those sympathetic to liberal goals are facing societies that are being poisoned against them.

All the time we hear attempts from various people to distinguish the "Chinese people" and "The Communist Party" in the bid to legitimize confrontational policies against China. This is a common cliche of Western political thought which always assumes the Western individual is an enlightened savior who has a duty to save other peoples from their ignorance and oppression.

In assuming, such these individuals argue that they can pursue flat out antagonism against China but simultaneously avoid harming or targeting the people of the country themselves, aiming to excuse them from their perceived grievances against the government.

The assumption that their intentions are righteous fails to provide a bigger picture of what is happening. In practice, the results are very different and much more expressive.

Yesterday, I observed a Twitter conversation whereby a female Chinese analyst of a more liberal disposition, now living in Germany, complained that with growing confrontation and suspicion against China, her "loyalty" was now being repeatedly questioned by those in the West, to the point she was feeling pressed to have to "take a side." Despite the West preaching "value sentiments" in criticism of China's government, there were immediate ethnic consequences visible.

One of the responses she got spoke volumes. It was from a senior fellow in a think-tank, offering sympathy but observing that she was now being caught in "ideological competition" between China and the West.

The comment was ironic given the very (neo-conservative) think-tank he represented recently advocated a ludicrous "study" presented to Britain's right-wing press that set out China owed the United Kingdom "351 billion British pounds (430 billion U.S. dollars)" in reparations. Although he did not personally wish ill on Chinese, it nevertheless spoke volumes about the inability of those pushing confrontation to recognize how this form of politics has major repercussions for Chinese people as a side effect.

In America, as the Trump administration moved to restrict journalist visas for most Chinese nationals, many voices in the media responded with disdain. Yet many of these people have otherwise been sympathetic or even supportive towards him and other anti-China actions, as if incapable of seeing the bigger picture in the belief actions against China are righteous or justified.

Yet again this obsession blocks the bigger picture, which is that U.S officials have vilified everything associated with China as a potential espionage risk, as a threat to national security and as a point of blame for everything that has gone wrong in the country, from industrial decline to a badly managed virus outbreak.

How could those only realizing this now be so naive to assume that the Chinese people themselves and those in the United States would not pay a price or face any backlash for these horrendous policies? Is this really in their best interests?

Such are the grim realities of geopolitical confrontation, by whipping up hostility society is polarized across given groups, and people suffer.

The idea you can blame, vilify and scapegoat an entire country for everything and then say "no this is only against the government" is a complete logical fallacy when those calling for such seek to target every business in China, stifle exports, destroy supply chains, blacklist technology, demand extensive reparations, end investments, etc., and then somehow believe ordinary people cannot be affected by word or deed in setting out these goals and the anger which is vested in them. What is truly China if it is not the sum of its parts?

In saying such, it should be made clear now that the Trump administration and its policies pose a grave and very real threat to the well-being of Chinese around the world.

This is not a simple distinction of Communism vs. Anti-communism and those who advocate this position are failing to recognize how widespread suspicion and vilification not only has clear side effects, but unavoidably spills over into ethnic sentiment.

Thus, if the pathway of geopolitical confrontation and Cold War politics is allowed to continue, Chinese Americans and diaspora groups in other Western countries will bear the brunt of it.