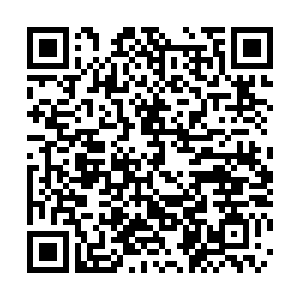 U.S. President Donald Trump's stalled plans to bring peace to Afghanistan have suffered a new setback with a decision by Kabul to resume offensive operations against the Taliban following two attacks on Tuesday that killed scores of Afghans.

Washington cast the attacks – one at a Kabul hospital where gunmen killed at least 24 people, including two newborns, and a suicide bombing at a funeral in Nangarhar province that killed at least 32 people – as a moment for the Afghan government and the Taliban to unite to combat such violence and to negotiate a peace deal.

An affiliate of the Islamic State militant group claimed responsibility for the bombing, according to the SITE Intelligence Group. There has been no claim for the hospital attack in Kabul. The Taliban denied involvement in both attacks.

President Ashraf Ghani condemned the attacks and ordered the military to switch to offensive mode rather than the defensive tactics it adopted while U.S. troops withdraw from the country after a long, inconclusive war.

Four sources – a U.S. official, a U.S. congressional aide, a European diplomat and a former Afghan official, all speaking on condition of anonymity – said the attacks were more likely to undermine the U.S. sponsored peace process than to achieve any government-Taliban reconciliation.

The government had largely suspended offensives against the Taliban since a U.S. troop reduction plan was unveiled on February 29 but Afghan President Ashraf Ghani's stated intention to resume operations could start a cycle of violence, the U.S. official said. The decision could have a decisive impact on the peace deal, the official said.

"The Taliban was (probably) not ever committed to making this deal work with the Afghan government and this is the fig leaf of an excuse that will blow up (it up) and give everybody an excuse to walk away," the official said.

The hospital attack did not seem consistent with Taliban tactics, the official said.

The official said Washington still planned to cut the number of U.S. troops in Afghanistan to 8,600 from about 13,000 when the deal was struck and then assess whether to go lower.

"Very clearly our assessment is that the conditions are not being met" to go below 8,600, the official said, adding that it would ultimately be a political decision. 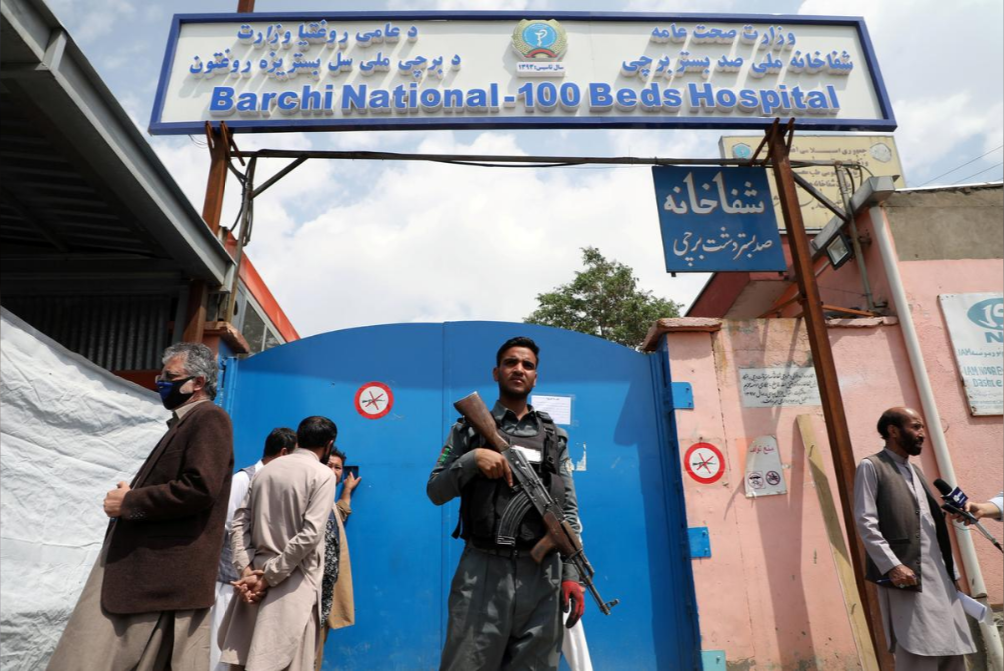 An Afghan policeman keeps watch outside of a hospital which was attacked in Kabul, Afghanistan, May 13, 2020. /Reuters

An Afghan policeman keeps watch outside of a hospital which was attacked in Kabul, Afghanistan, May 13, 2020. /Reuters

The February 29 U.S.-Taliban deal called for a phased U.S. troop withdrawal and for the government and Taliban to release some prisoners by March 10, when peace talks were to start.

Intra-Afghan peace talks have yet to occur and there is some bitterness within the Afghan government, which was not a party to the February 29 deal, that the United States undercut their leverage by negotiating directly with the Taliban.

A former senior Afghan official said Tuesday's attacks gave Ghani the "cover" he wanted "to defy the Americans on the peace talks" because he and his government see the U.S.-Taliban deal as a "sellout."

On Twitter after the attacks, Ghani's national security adviser, Hamdullah Mohib, said the government was concerned from the start of the process that the Taliban could not control the violence and said there "seems little point in continuing to engage Taliban in 'peace talks'."

Ghani's decision to revive offensive operations is supported by many opposition figures, who believe Washington's sole focus is to keep the U.S. troop withdrawal plan intact to help Trump win a second term in the November 3 election, the former Afghan official said.

A second U.S. official said there was growing U.S. concern about the increasing violence but it was too early to say how much it might worsen. Much will depend on how aggressive Afghan security forces become and whether the Taliban respond in kind, the official said.

The Taliban said in a statement it was "fully prepared to counter all enemy movements and offensives and to robustly defend its people."

There had appeared to be some movement toward Afghan peace talks because some prisoner releases have occurred and talks were underway to resolve an election dispute between Ghani and his main political rival, former chief executive Abdullah Abdullah.

Some analysts still see hope for peace, in part because U.S. and Afghan forces have failed to defeat the Taliban for two decades and the alternative is more violence.

"When those are the options in front of you, I think ultimately the only real option is to try to get back to some kind of a peace process," said Andrew Wilder, an Afghanistan expert at the U.S. Institute of Peace think tank. 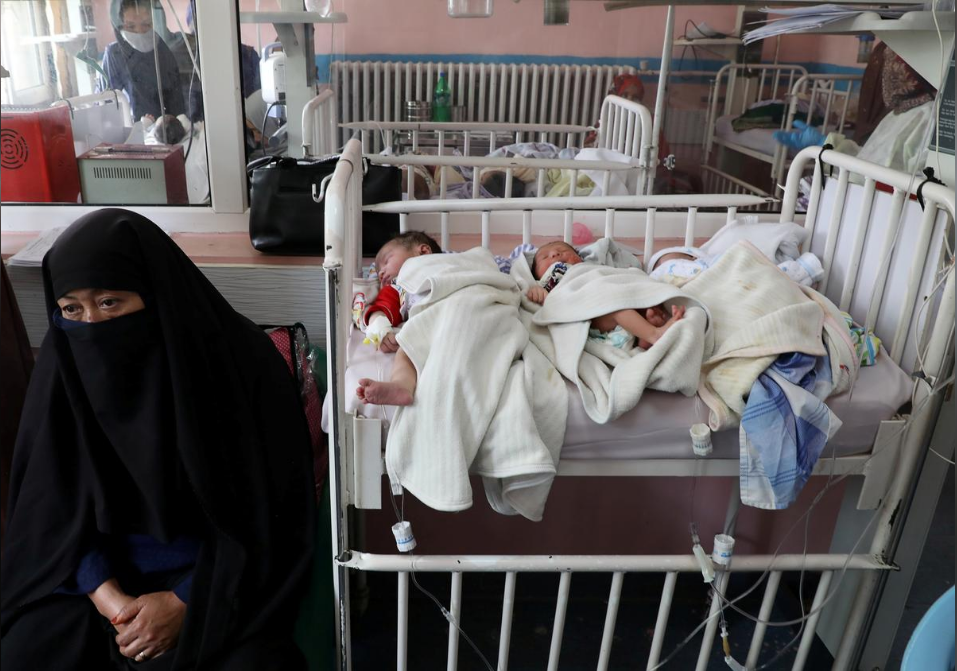 Newborn children who lost their mothers during the attack lie on a bed at a hospital in Kabul, Afghanistan, May 13, 2020. /Reuters

Newborn children who lost their mothers during the attack lie on a bed at a hospital in Kabul, Afghanistan, May 13, 2020. /Reuters

For Afghanistan, the hospital attack also risks further disrupting a healthcare network that is creaking amid the challenges of dealing with the new coronavirus pandemic.

More than a third of the coronavirus cases in Kabul have been among doctors and healthcare staff, Reuters reported in early May.

The high rate of infection among healthcare workers has already sparked alarm among medics and some doctors have closed their clinics. At least 5,226 people have been infected by the coronavirus and 132 have died, according to the health ministry.

The attack has shaken the small medical community in Kabul to its core.

Nurses and doctors who survived the hospital attack said they were in shock, and resuming duties would be an emotional challenge on top of the uncertainty caused by the pandemic.

"Last night I could not sleep, as scary scenes of the attack kept crossing my mind," said Masouma Qurbanzada, a midwife who saw the killings.

"Since yesterday my family has been telling me to stop working in the hospital, nothing is worth my life. But I told them 'No, I will not stop working as a health worker.'"

Officials at MSF said they were working to try to normalize operations and had received support from other hospitals to treat dozens of infants and adults wounded in the attack.

Some medics at the hospital, however, said it would be hard to move on.

"The gunmen blew up a water tank and then started shooting women. I saw a pool of water and blood from the small gap of a safe room where some of us managed to lock ourselves," said a nurse with MSF, who spoke on condition of anonymity.

"I saw patients being killed even as they begged and pleaded for their life in the holy month of Ramadan. It is very hard for me to work now." 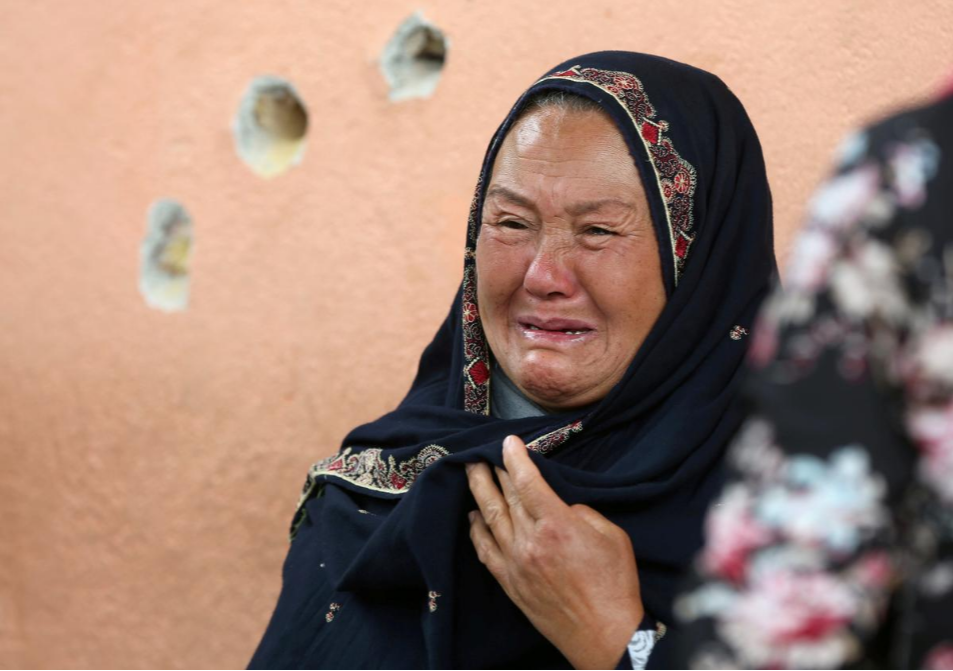 An Afghan woman cries while looking for her relatives at a hospital which came under attack in Kabul, Afghanistan, May 13, 2020. /Reuters

An Afghan woman cries while looking for her relatives at a hospital which came under attack in Kabul, Afghanistan, May 13, 2020. /Reuters

We named him "Hope"

After struggling to get pregnant for years, Zainab, 27, gave birth to a baby boy on Tuesday morning at a small hospital in the southwestern corner of Kabul. She was overjoyed and named the boy Omid, meaning "hope" in Dari.

Muhammadi, the mother-in-law, said she saw one of the attackers firing at pregnant women and new mothers, even as they cowered under hospital beds.

The gunmen then turned to target the cradle where Omid had been asleep. As the sound of bullets reverberated through the ward, Muhammadi said she fainted in fear.

"When I opened my eyes, I saw that my grandson's body had fallen to the ground, covered in blood," she recalled, as she wailed with grief.

The Kabul attack began in the morning when gunmen entered the Dasht-e-Barchi hospital, throwing grenades and shooting, government officials said. Security forces had killed the attackers by the afternoon.

Just hours before the attack, MSF had tweeted a photo of a newborn in his mother's arms at the clinic after being delivered safely by emergency caesarean section.

On Wednesday, the group condemned the attack, calling it "sickening" and "cowardly."

"Whilst fighting was ongoing, one woman gave birth to her baby and both are doing well," MSF said in a statement. "More than ever, MSF stands in solidarity with the Afghan people."

Deborah Lyons, head of the U.N. mission in Afghanistan, condemned the hospital assault in a tweet. "Who attacks newborn babies and new mothers? Who does this? The most innocent of innocents, a baby! Why?"