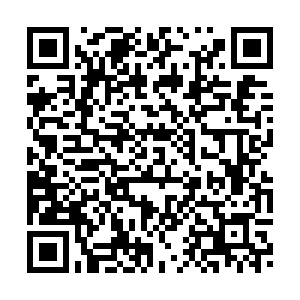 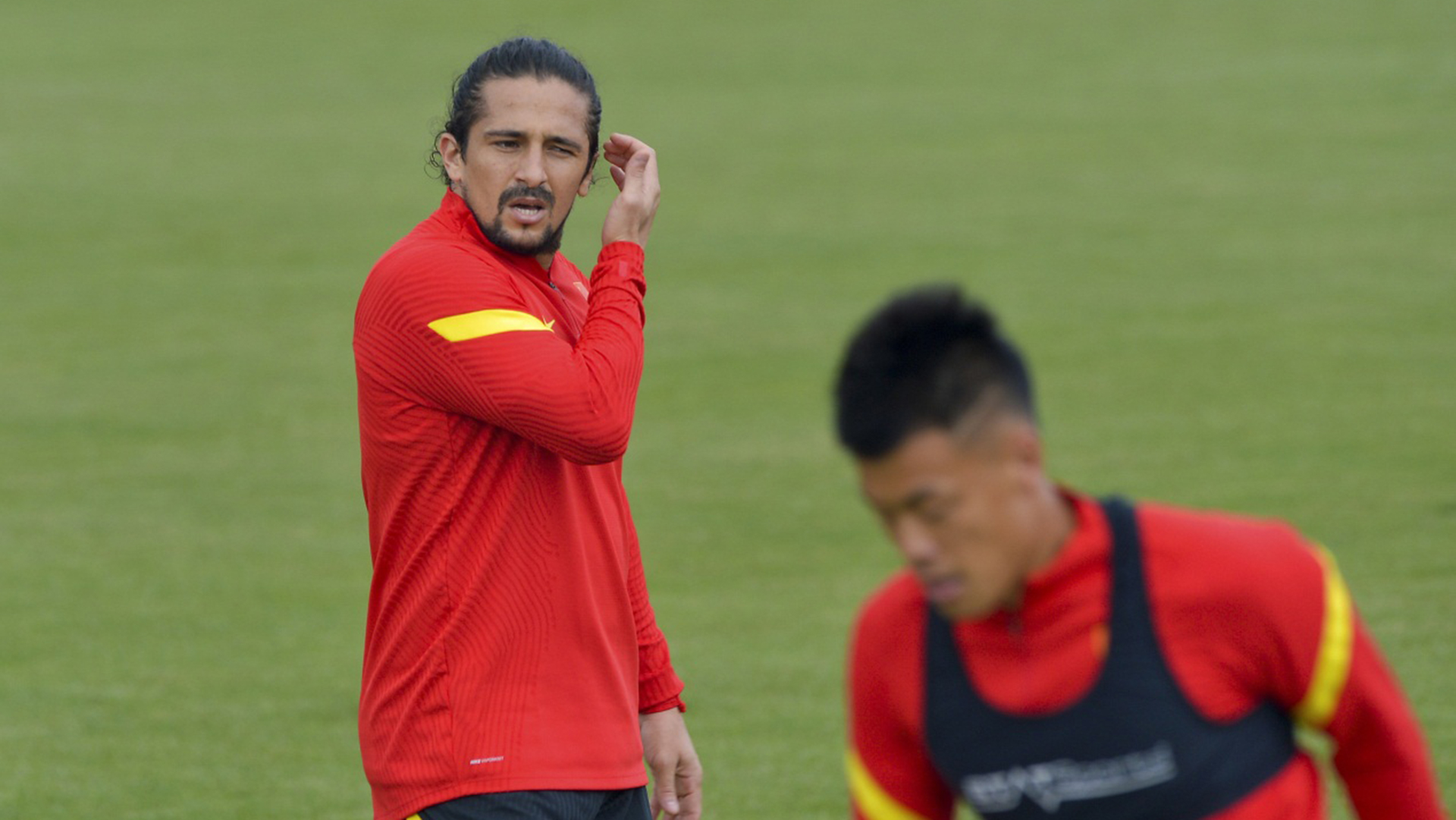 The Chinese national football team are holding training camp in Shanghai to prepare for 2022 World Cup qualifiers. Naturalized striker Luo Guofu, formerly known as Aloisio Goncalves, talked to the media for the first time since joining the squad, and expressed confidence about their chances in the soon to be rescheduled event.

He's been in China since signing with Super League side Shandong Luneng in 2014, and two years later moved to Hebei Fortune, where he played under coach Li.

The forward says he's enjoyed his six years living in the country, and is eager to make his debut for the PRC. 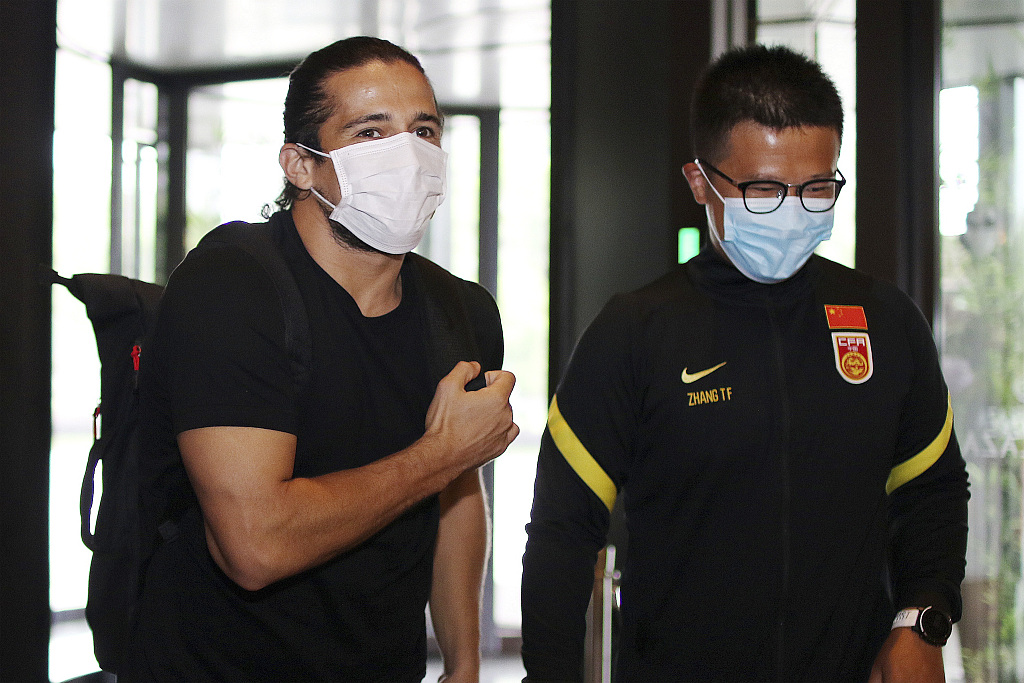 "I've tried to maintain my best form as a player, no matter which club I play for. And since joining the national team, I've been working hard every day, and staying in good shape," Luo said.

"The atmosphere is good on the team, and I like it. I worked with Li Tie at Hebei Fortune before, and I know he's a very good coach. When I joined the squad, he asked me to keep employing the style that I'm used to, which is quite aggressive. I'm also familiar with Ai Kesen, and we talk about tactics on the pitch, while getting to know our teammates better off the pitch."

The national team boss describes Luo as a hard worker with a strong desire to win, which played a big role in encouraging him to change citizenship and join the squad.