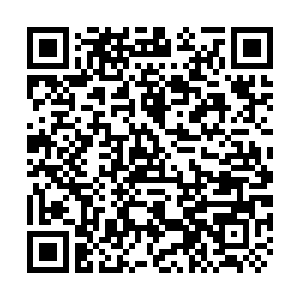 China's digital transformation has been accelerated by the coronavirus pandemic, while the issue of data security and privacy has also attracted growing attention.

The National People's Congress says it will take data protection legislation to a new stage this year. And professor Chen Yubo, director of Center for Internet Development and Governance, School of Economics and Management at Tsinghua University, appreciated the initiative, saying that regulation on data protection and privacy will guarantee the healthy development of China's digital economy.

China's digital economy, under the broader definition, has already accounted for more than one third of GDP. And the country is further spurring the digital economy. The National Development and Reform Commission (NDRC) launched a series of measures to step up the push to fuel the digital transformation for small and medium enterprises on Wednesday.

The move will be conducted by multiple sectors including internet platforms, leading enterprises and financial institutions. And the NDRC said the measures will include providing consulting services and supporting the construction of digital supply chain.

He further explained that in the western countries, the proportion of digital transformation in the whole GDP is roughly more than half. "I think in five years, if China can achieve that status, that is really a big progress," he shared with CGTN.

China accelerates the development of its digital economy. /VCG Photo

China accelerates the development of its digital economy. /VCG Photo

But China has sped up its pace to catch up. In recent years, Chinese government and businesses have accelerated their investments in the sector. The country also announced the so-called "new infrastructure," such as 5G networks and data centers, to provide more support for the digitalization process.

Official data shows that a total of 25 provincial-level regions have put new infrastructure projects in their government work reports for this year, with 21 intending to advance 5G network construction.

Chen also highlighted the importance of data and privacy protection. He considered data a key production factor in the era of digitalization, adding that specific regulation on data and privacy will help clarify "the property right of data" then guarantee the healthy development of digital economy.