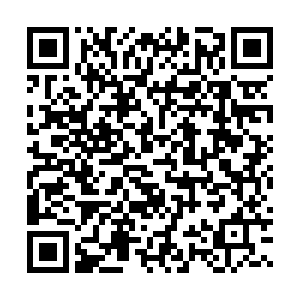 U.S. President Donald Trump on Wednesday described as unacceptable a warning given by top U.S. infectious disease expert Anthony Fauci this week about the dangers of reopening the economy and schools too quickly, further deepening his rift with Fauci over loosening coronavirus restrictions.

The issue of whether students should return to schools and universities in September is emerging as a flashpoint in the standoff between the White House and medical experts over how quickly to reopen the country.

"To me it's not an acceptable answer, especially when it comes to schools," Trump told reporters at the White House when asked about Fauci's warnings to senators on Tuesday about the risks of reopening the schools and economy too soon. 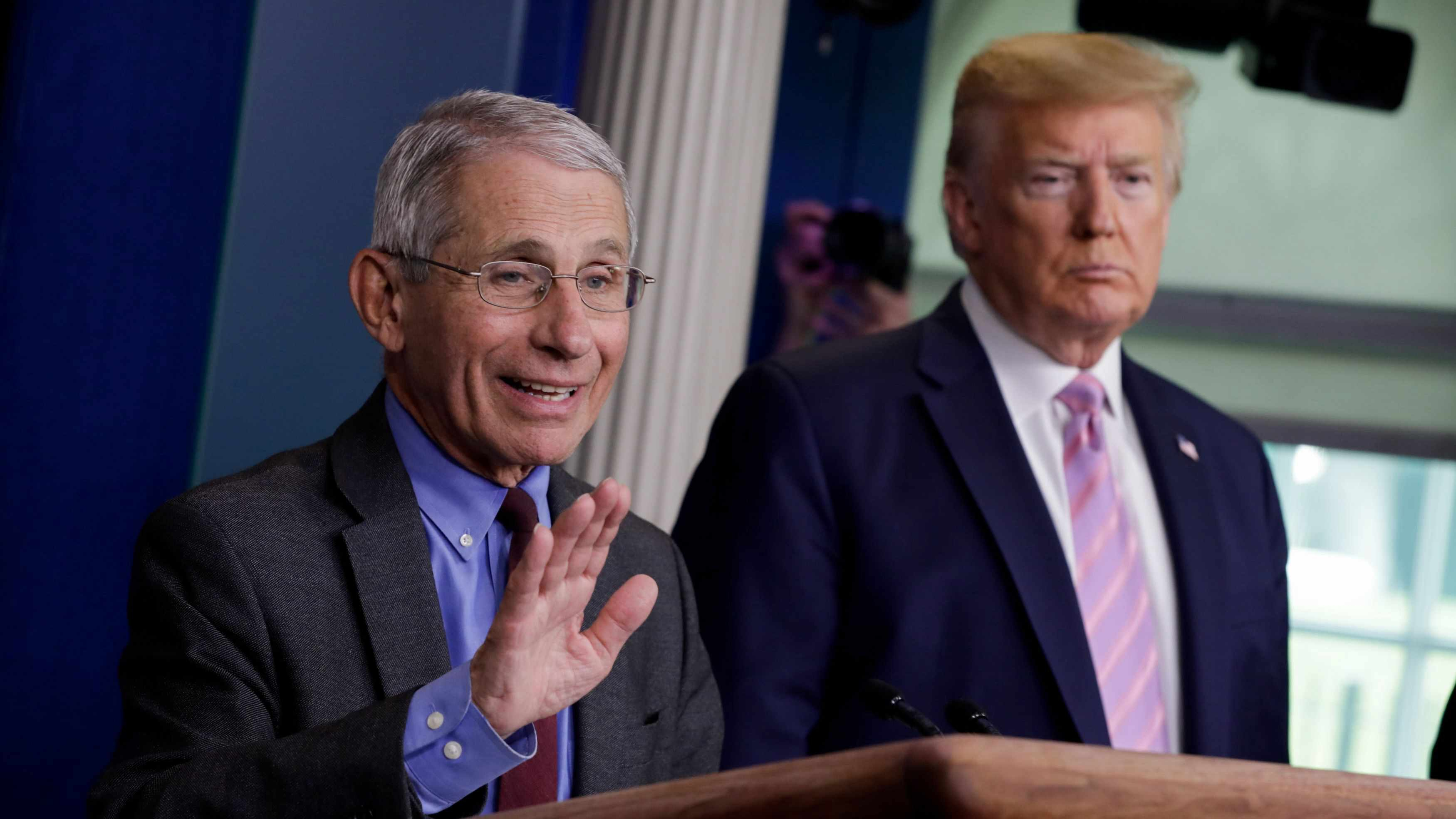 Fauci, who directs the National Institute of Allergy and Infectious Diseases, warned Congress on Tuesday that ending the lockdowns too quickly could bring "really serious" consequences, including new outbreaks of coronavirus, just as the country tries to overcome the pandemic.

He also warned that a premature lifting of lockdowns could lead to additional outbreaks of the deadly coronavirus, which has killed more than 82,000 people in the United States and brought the economy to its knees.

"There is a real risk that you will trigger an outbreak that you may not be able to control," he said, adding that an early reopening would not only cost lives, but could even set them back on the road to trying to get economic recovery.

Trump, in contrast, said on Wednesday the only thing that would be acceptable would be professors or teachers "over a certain age" not holding classes. "I think they ought to take it easy for another few weeks," he added. 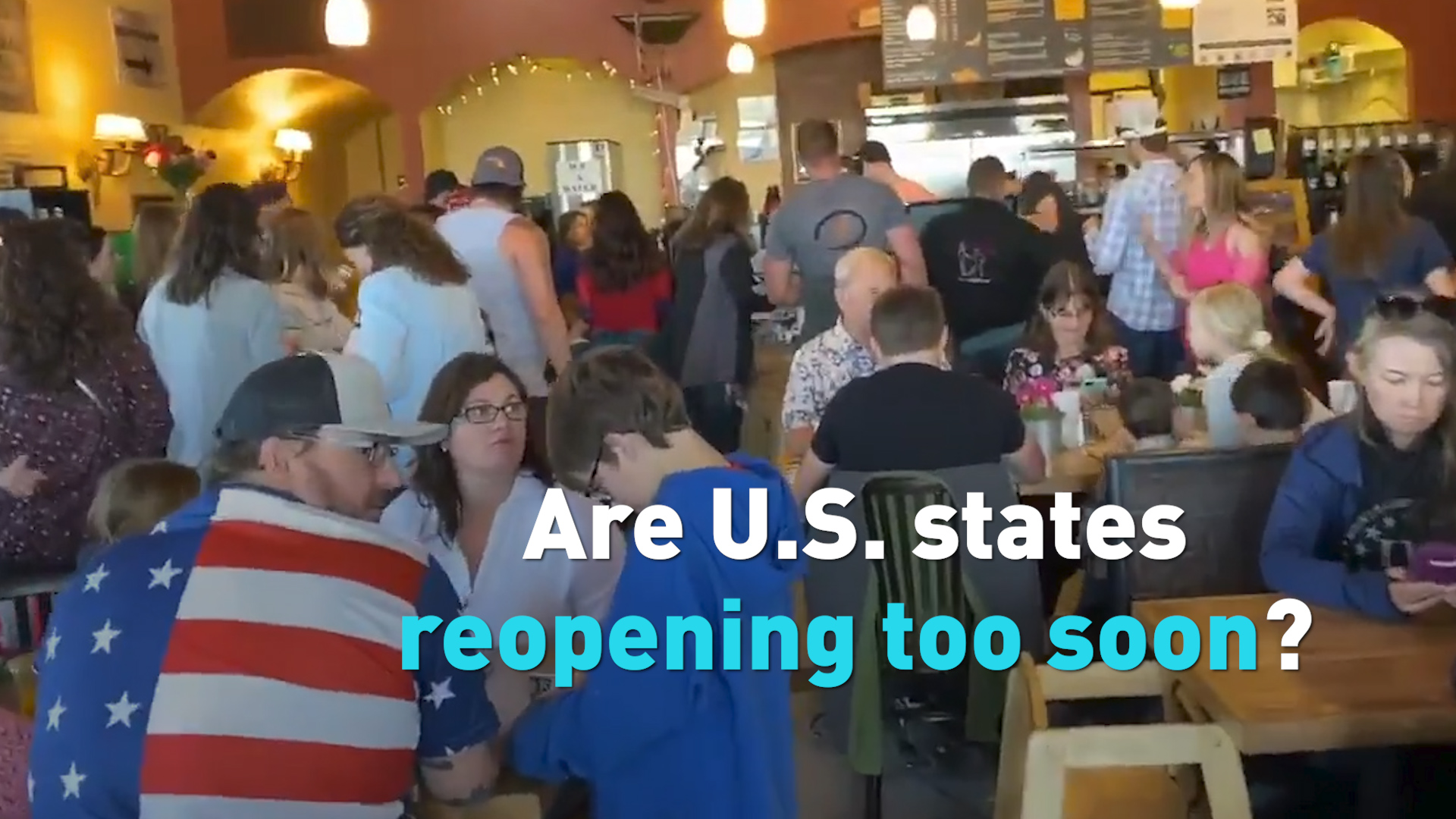 Dr. Fauci against reopening; Pence to 'keep distance' from Trump

The president, who previously made the strength of the economy central to his pitch for re-election in November, has encouraged states to reopen businesses and schools that were shuttered to halt the spread of the highly contagious respiratory disease.

Fauci, 79, a proponent of the lockdowns, has become a target for criticism from the American far right and online conspiracy theorists since he made statements about the outbreak that were at odds with Trump's.

The doctor is increasingly in the background as the president pushes his reopening message.

In April, Trump retweeted a call to fire Fauci, after the doctor said lives could have been saved if the country had shut down sooner, spurring speculation his days in the administration could be numbered.

"Anthony is a good person, a very good person. I've disagreed with him," Trump said in a segment of an interview on Fox Business Network due to air early Thursday.

"I think we have to be very careful about the steps we take."

A CNN poll showed that over half of Americans – 54 percent – think that the U.S. government is doing a poor job in containing the outbreak, while just 36 percent of Americans trust Trump for reliable information about the coronavirus.

A third of Americans say that they are afraid of the potential for deaths from coronavirus to reach 100,000 or higher in the U.S., according to the poll.