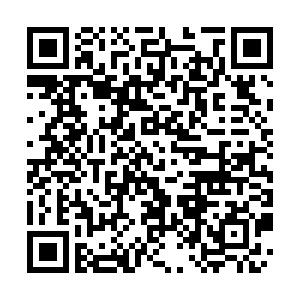 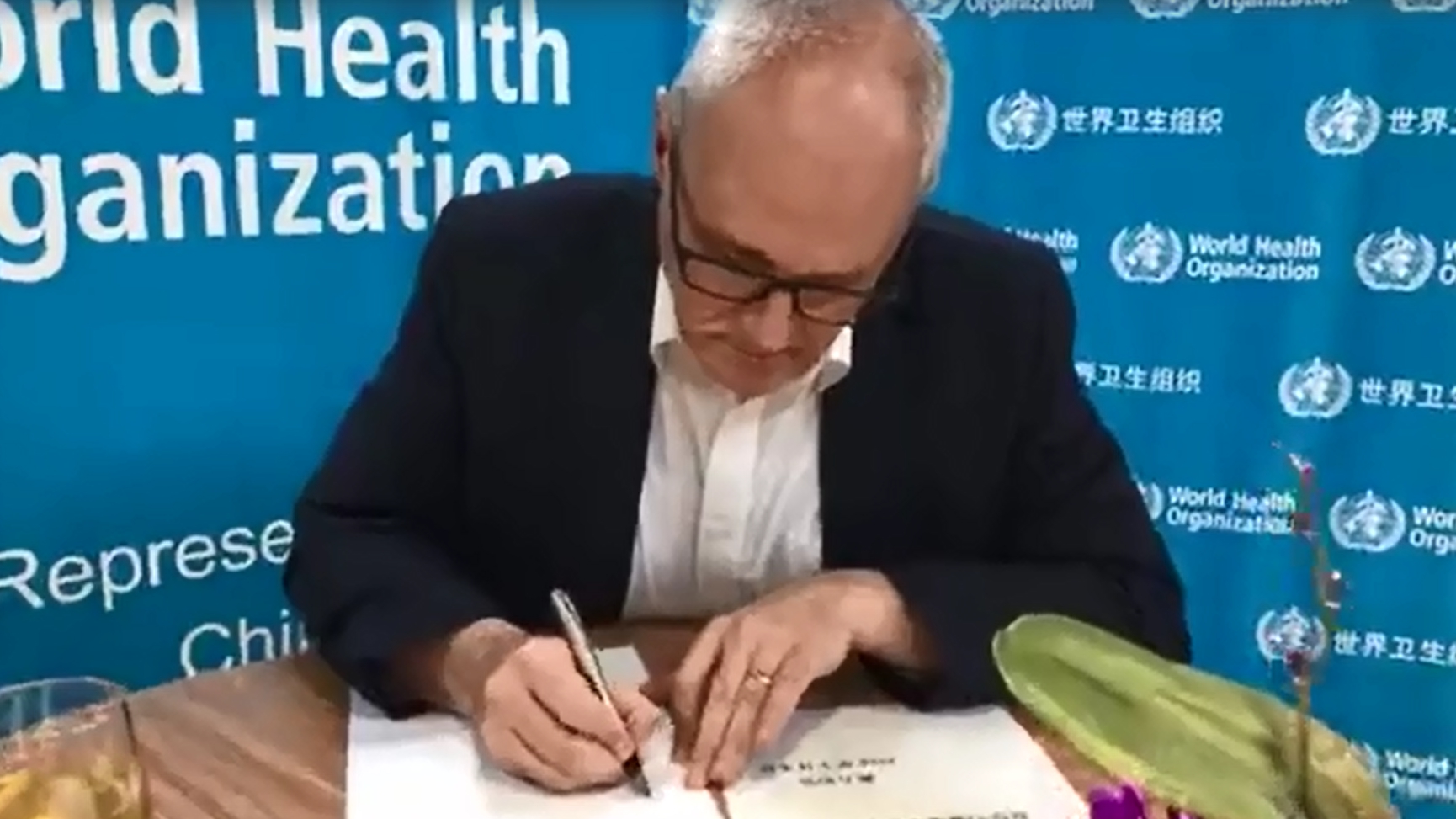 On May 11, the World Health Organization (WHO) released a handwritten letter to middle school students in Wuhan City via its official Weibo account. The four-page, Chinese-language letter was written by Dr. Gauden Galea, the WHO representative in China.

The story begins with a letter from students at Xuguang Middle School in Wuhan, the epicenter of the COVID-19 epidemic in China.

Students sent a letter to Galea on May 5, calling on young people all around the world to join hands to help people in need.

"Thank you for your warm letter... Your letter is a symbol of the hope and solidarity the world so badly needs in its fight against this global pandemic," Galea wrote in his reply, which was posted on the WHO's Weibo account. 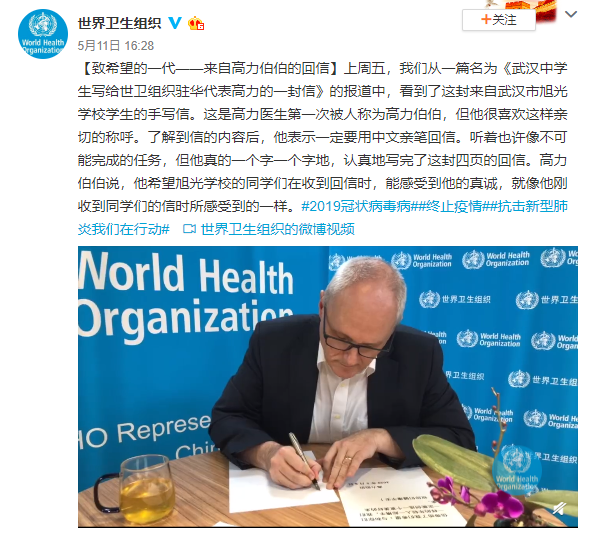 "Through the handwriting, we can feel the Wuhan students' love for life, their concern for the global pandemic and the entire human race," the WHO said on Weibo. "Every word in this letter has touched the hearts of the WHO representative in China, Dr. Gauden Galea, and all his colleagues in the WHO China office."

According to the WHO, when Galea learned of the letter's content, he insisted that he reply in Chinese.

Galea has been in China for two years. Although he has been learning Chinese in his spare time, writing an entire letter in Chinese seemed to be an impossible task to his colleagues.

However, he finished the four-page letter in earnest. A video posted on the WHO's Weibo account shows Galea, though not fully proficient in Chinese, writing down each Chinese character and signing his English name. 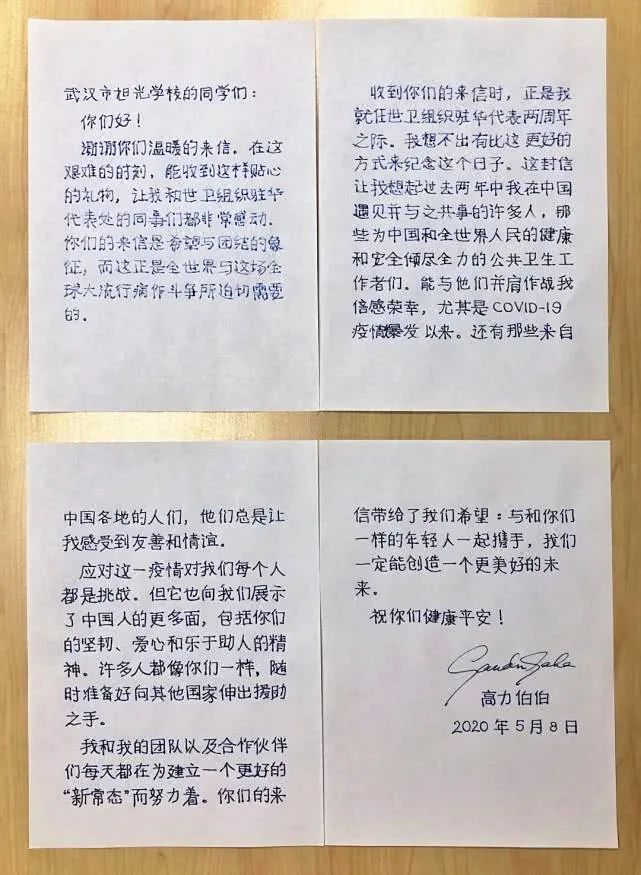 The letter from Dr. Galea. /Screenshot via WHO's Weibo account

The letter from Dr. Galea. /Screenshot via WHO's Weibo account

Galea became the WHO's representative in China in May 2018, according to the WHO's website. He is a public health physician and has worked for the WHO since 1998. He previously held posts in Suva, the Western Pacific Regional Office in Manila, and at WHO headquarters in Geneva.

During the fight against the COVID-19 epidemic, Galea visited Wuhan at the invitation of the Chinese government and learned about the real situation there. In front of Chinese and foreign media, he discussed the experience Wuhan had gained fighting the virus many times, and expressed his sincere gratitude to Wuhan and its people for their great sacrifice, believing that the city had made a significant contribution to the global health situation.