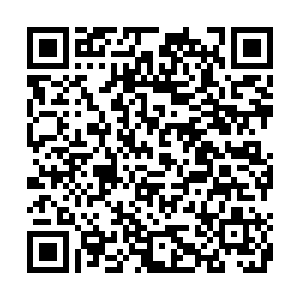 An economics professor at Princeton University has warned that some states in the U.S. may be opening up its economy too soon and in a "foolish" manner – causing concern over the potential resurgence of COVID-19 cases and a need for further shutdown, even as almost all 50 U.S. states have begun lifting restrictions.

"What concerns me the most is that certain states will open too eagerly and in foolish ways," said Alan Blinder, who was formerly a vice chairman of the U.S. Federal Reserve.

Blinder was speaking to CGTN on what concerned him the most in the U.S. economic recovery, even as deaths in the U.S. continued to be highest worldwide – at over 85,000 deaths compared to the global death toll of over 300,000. More than a quarter of the total confirmed cases in the world (over 4.4 million) were in the U.S.

Fatalities in the U.S. had soared in April and continue to climb at a rate of around 1,500 a day, said a Reuters report. An analysis showed that only 14 U.S. states had met the federal government's guidelines for lifting measures aimed at fighting the pandemic.

Dr. Anthony Fauci, the nation's top infectious disease expert, had warned on Tuesday that prematurely ending restrictions on commerce and social life could have dire consequences.

"There is a real risk that you will trigger an outbreak that you may not be able to control and, in fact, paradoxically, will set you back, not only leading to some suffering and death that could be avoided but could even set you back on the road to try to get economic recovery," Fauci had told the U.S. Congress.

Blinder said that a relapse of cases might cause another shutdown of the economy.

"But some states are not doing it in a sensible way," said Blinder. "They're doing it too quickly while the caseload of coronavirus is going up, not down."

He worries that there will have to be another shutdown of the economy.

"So instead of this thing cresting through, just once we get multiple waves of epidemics. And that's just a horrible thing to contemplate, both in terms of its human cost and in terms of its economic cost," he said, pointing to the barbershops and beauty salons as among those "high risk."

Blinder agreed that policymakers need to balance the risks of a potential second wave of the epidemic with the risk of a prolonged recession that might do permanent damages to the economy.

"So there are risks on both sides. As people in China realize from your own experience, ours is now worse by far than what China experienced. I think the answer is you try to do it intelligently."

Meanwhile, Blinder said he believes that the U.S. could do better with lower-than-zero interest rates.

"I think it's not that important right now. (But) I do believe that the Fed could get a little bit more power by going negative on interest rates that the Japanese have done, as many of the European countries have done," he said.

However, he pointed to a limited negative rate, saying the lowest any country has gone for a period was 75 basis points negative.

"So to my mind, that's better than zero, which is basically where we are now. So for up to me, we would do it. But it's not a panacea. It's not gonna have a huge impact on the economy," he said.