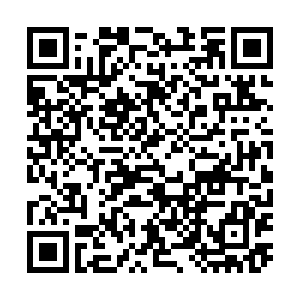 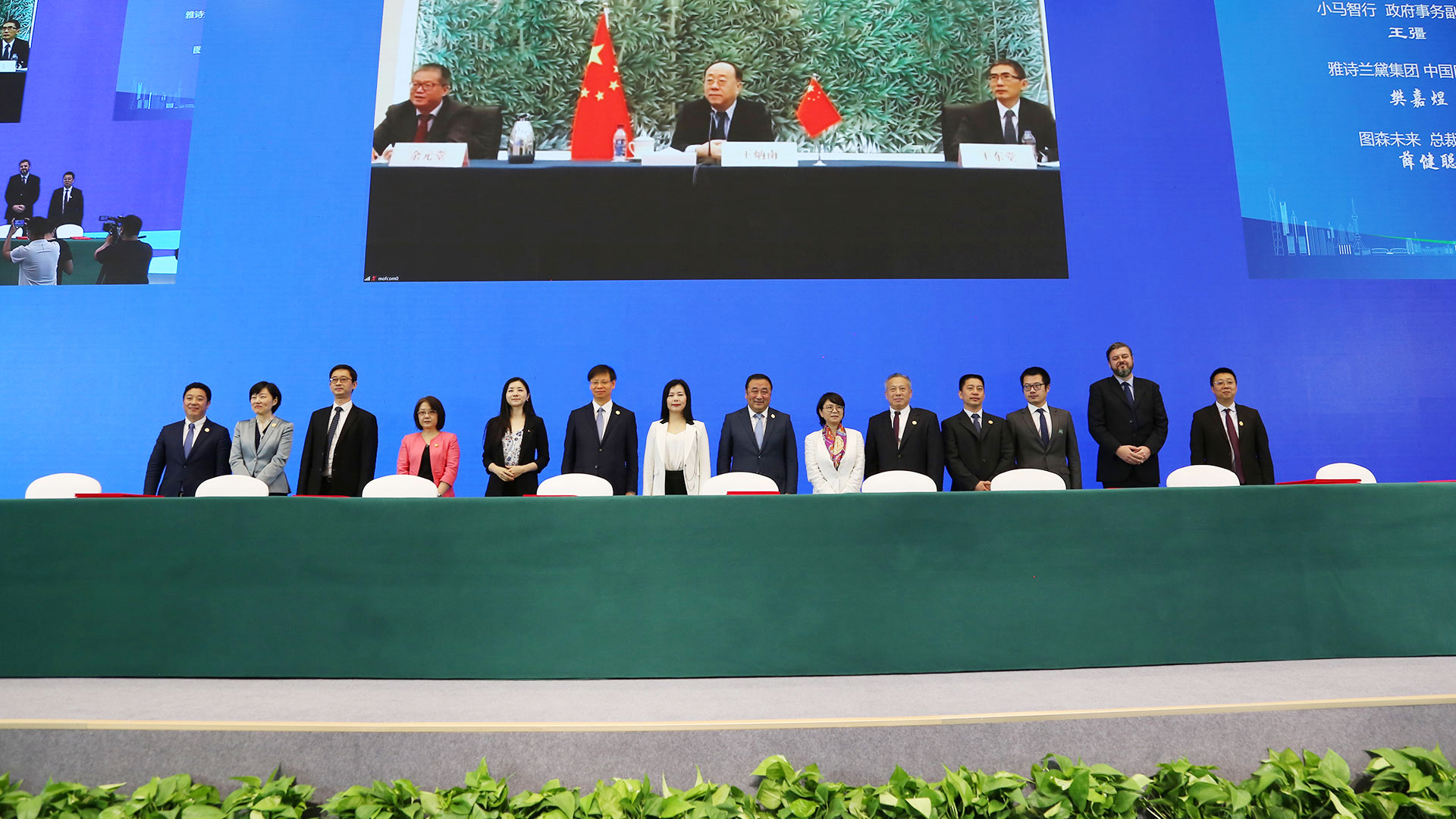 Despite challenges brought by the COVID-19 pandemic, the third annual China International Import Expo (CIIE) will take place as scheduled from November 5 to 10 in Shanghai, said the CIIE's organizer on Friday.

The announcement was made as Wang Bingnan, director of the CIIE bureau and deputy Chinese minister of commerce, addressed exhibitors at a collective signing ceremony which saw more than 50 companies confirmed their participation at the third CIIE, the largest such event since preparation work began for the 2020 annual expo.

The enterprises, who joined the signing from both online and offline, include new participants as well as returning ones. Among the new comers are U.S. company Abbott, which is exhibiting products and solutions from the diagnostics arm of its business, and Fast Retailing from Japan, the parent company of Uniqlo.

Given China's recovery from the pandemic, many exhibitors have expressed their confidence in China's economy. In a move to show its commitment to the Chinese market, Tapestry, which owns luxury fashion brands Coach, Kate Spade and Stuart Weitzman, has inked a memorandum for long-term partnership with the CIIE, which promises its participation in the three years to come.

According to the CIIE bureau, so far over 1,400 exhibitors have signed up for the upcoming expo, with more than 80 percent of the planned exhibition area now reserved.

To minimize the impact of the pandemic, the organizer says this year's event will introduce innovative mechanisms such as online matchmaking and cloud exhibitor registration; it will also actively explore the applications of cutting-edge technologies such as VR and AR to improve the online experience of the exhibition. 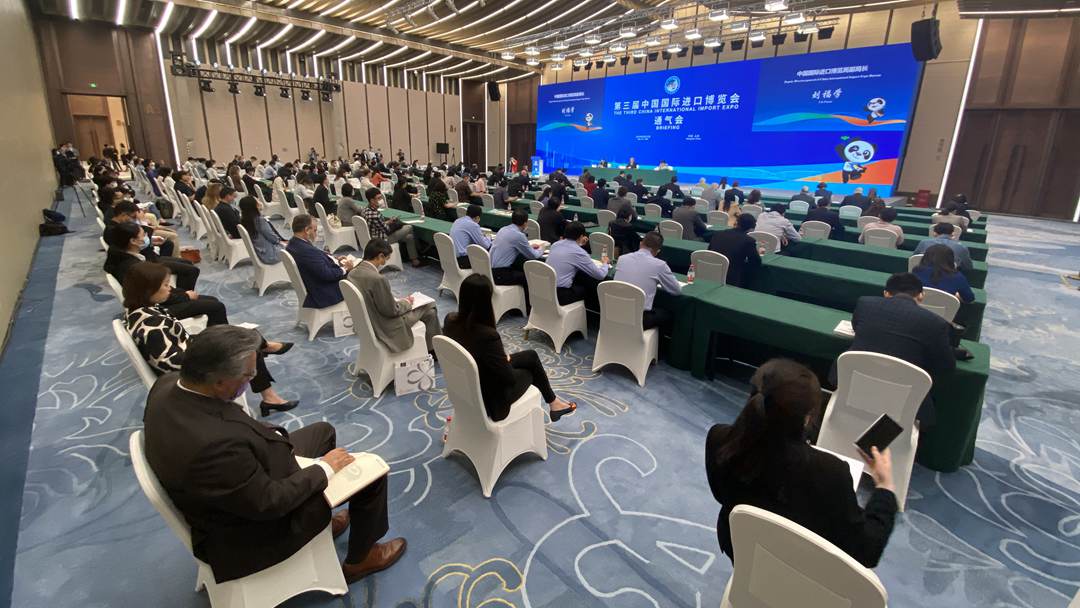 Liu Fuxue, deputy director of the CIIE bureau, briefs delegates from consulates on the preparation for the third expo in Shanghai, China. /CGTN

Liu Fuxue, deputy director of the CIIE bureau, briefs delegates from consulates on the preparation for the third expo in Shanghai, China. /CGTN 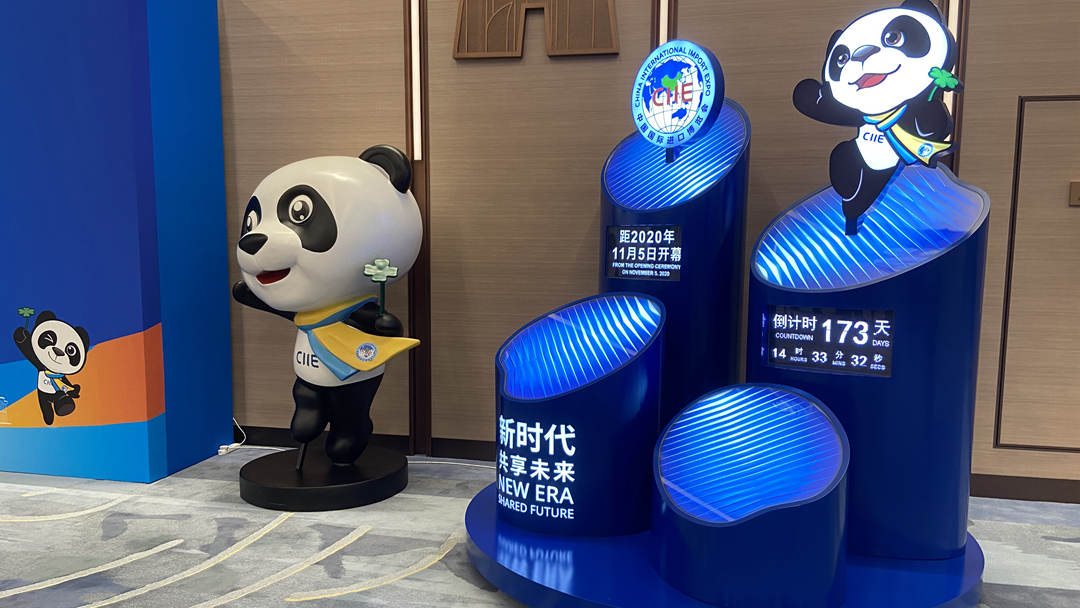 The countdown to the third CIIE at the site of the signing ceremony. /CGTN

The countdown to the third CIIE at the site of the signing ceremony. /CGTN