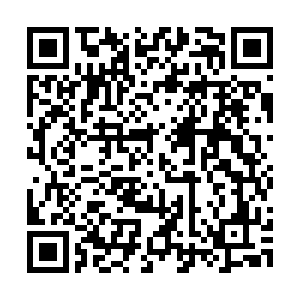 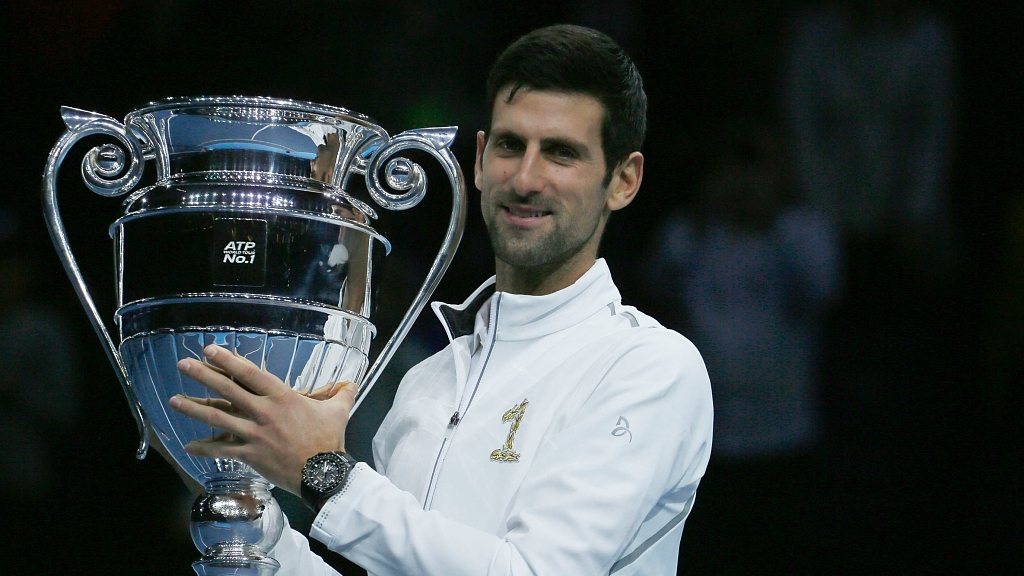 Novak Djokovic of Serbia holds the ATP No.1 trophy after ranking first in the men's standings, at an award ceremony in London, UK, November 11, 2018. /VCG

Novak Djokovic of Serbia holds the ATP No.1 trophy after ranking first in the men's standings, at an award ceremony in London, UK, November 11, 2018. /VCG

Novak Djokovic believes he will win the most Grand Slam titles and become the longest-reigning world number one by the time he retires, the 32-year-old Serb said in a recent interview.

"I'm always very confident in myself…I believe I can win the most slams and break the record for longest number one. Those are definitely my clear goals," Djokovic said in an interview with In Depth with Graham Bensinger, hosted by American journalist Graham Bensinger best known for interviewing sportspersons.

Bensinger's website and his YouTube channel started airing the trailer on May 11 and clips of the interviews on May 13.

The full interview will air in the U.S. this weekend on local affiliates and on international and regional sports networks next week.

The current world number one has 17 Grand Slam titles to his name - two behind Rafael Nadal of Spain and three fewer than Roger Federer of Switzerland – and said he has no doubt in his ability to overtake the other members of the so-called "Big Three." 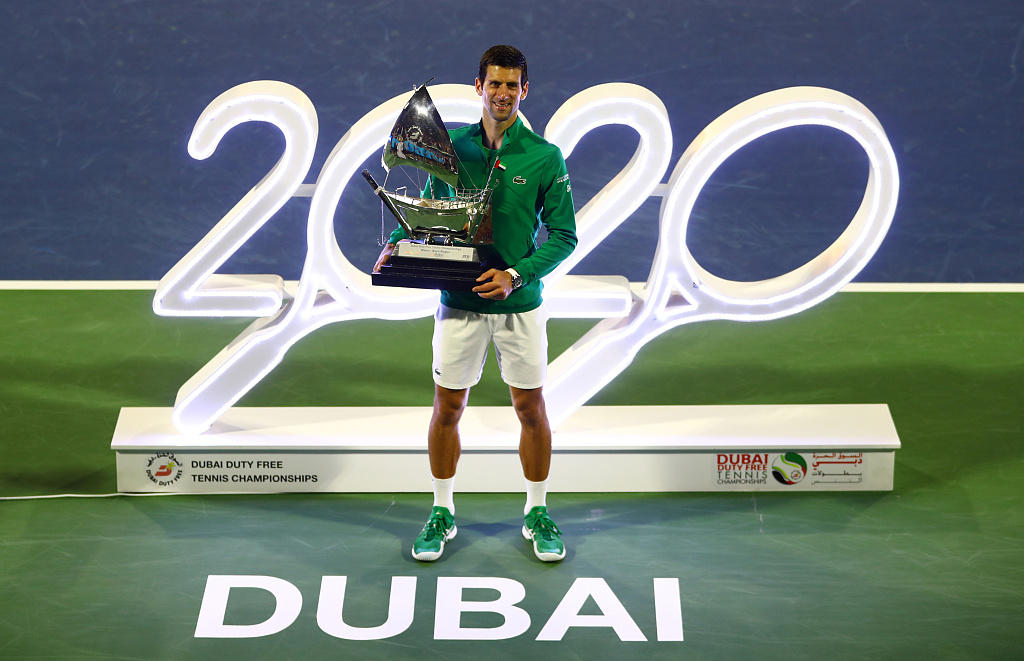 Djokovic was in imperious form before the COVID-19 pandemic brought the circuit to a halt in early March.

He lifted the ATP Cup with Serbia, won an eighth Australian Open title and then completed a fifth triumph at the Dubai Tennis Championships, extending his unbeaten run to 21.

Swiss great Federer also owns the record for total number of weeks at number one, with 310, and consecutive weeks at the top position, with 237, compared with Djokovic's 282 and 122.

Federer turns 39 in August and Djokovic said he could envision himself still playing at 40.

According to the interview's description, Bensinger has spent two days in Belgrade, Serbia, with Djokovic, who shows the American journalist around the city with stops at his tennis center, childhood playground and local gym.

The interview also features Djokovic's wife, mother, friends and family to "learn what it is like to support one of the greatest athletes of all time." 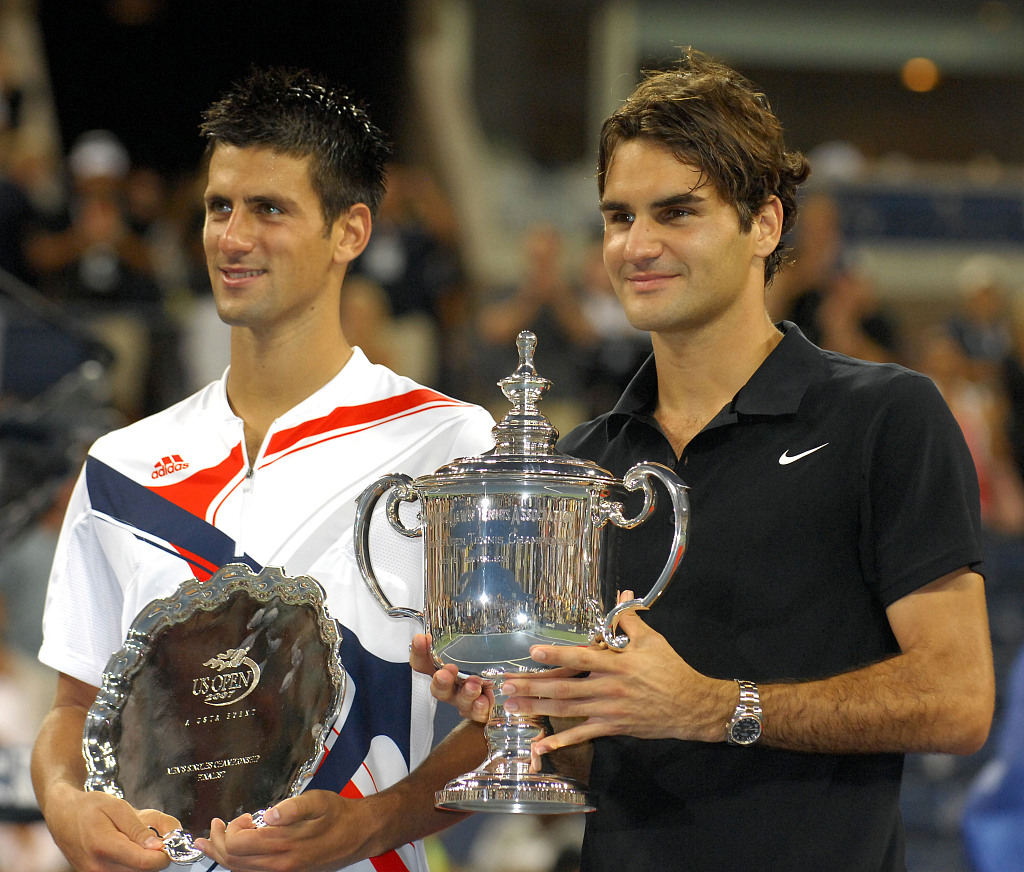 Major topics Novak Djokovic talked about in the interview:

Djokovic revealed he was struggling with his health and at a low career point when Dr. Igor Cetojevic saw him playing in the 2010 Australian Open. With the doctor's help, Djokovic adjusted his intakes by removing gluten, sugar and dairy to keep a strict and clean diet.

"Changing the diet was something that allowed me to get rid of the allergies and everything particularly gluten, dairy and refined sugar," Djokovic said.

Djokovic also shared his average plant-based diet. "I start with warm water and lemon so I can help my body detoxify and then I would have celery juice on an empty stomach and then I would make a break in and I would have my smoothie, with different algae and great supplements that I use that allow me to have mental clarity."

Tennis caught the attention of a four-year-old Djokovic when he was watching Pete Sampras on television. Djokovic recalled his father asked him to choose between tennis, skiing and football when he was 10 years old. He determined to be a tennis player even though competitive skiing was his family's beloved at the time. 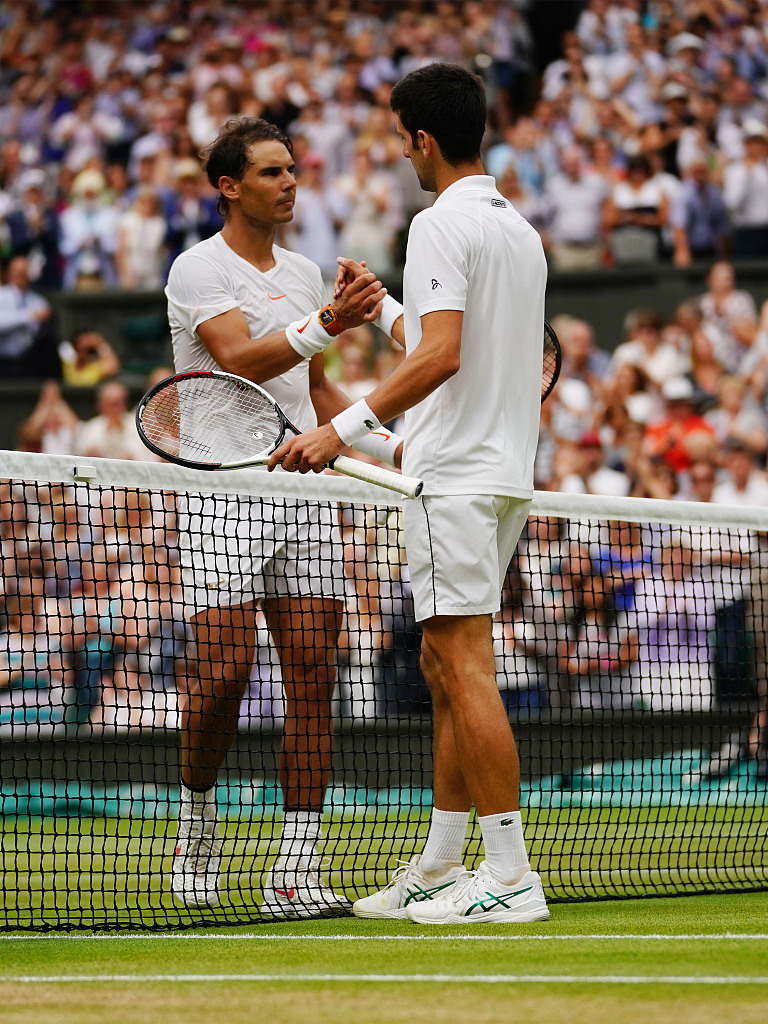 "When you play at the top of your sport, there are bound to be moments where anxiety, negative thoughts, or fear creep in," Bensinger said.

To avoid distractions at the clutch moments, Djokovic believed the "first and probably the simplest and most effective" approach is "consciously breathing".

"Everyone goes through that thought process and I don't think it is particularly bad," he said.

"I acknowledged it, accepted it. It's part of me, it's my ego."
"I practice a lot of mindfulness, you know, meditation, journaling, talking with my team, my parents and my wife to address certain emotional issues that tend to appear on the court.

"I manage to gain the control over them much quicker and manage to impose my positive affirmation, just focusing on playing the right shot and executing the point right.

"It takes years of devoted practice mentally not just physically and you have to do it, you cannot expect others to really fix your emotional or mental issues. 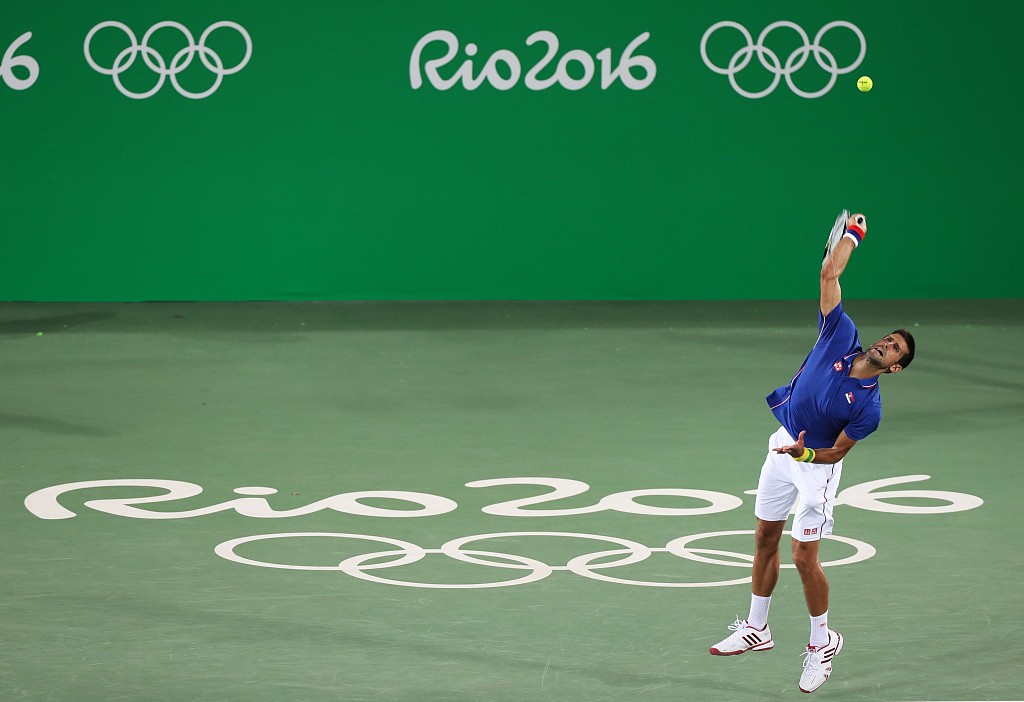 Novak Djokovic of Serbia suffers first-round elimination during his match with Juan del Potro (not pictured) of Argentina at the Rio 2016 Olympic Games in Rio de Janeiro, Brazil, August 7, 2016. /VCG

Novak Djokovic of Serbia suffers first-round elimination during his match with Juan del Potro (not pictured) of Argentina at the Rio 2016 Olympic Games in Rio de Janeiro, Brazil, August 7, 2016. /VCG

Djokovic recalled getting eliminated in the first round of the Rio Olympics tennis event was one of his most heartbreaking moments in his career.

"I built with myself huge expectation for Olympic Games in Rio,

Because of his injuries and huge pressure, Djokovic insisted it was unbearable.

"It was too much and at the time I just wasn't aware how to handle it in a proper way.

"I will make changes and corrections to my preparation prior to Tokyo."

Speaking of Rafa Nadal and Roger Federer, Djokovic believed they "drive each other to be the best" they could possibly be with the tennis racket on the court.

"Roger has inspired me in many ways and Rafael as well. Roger particularly showed not just me but all the generation after him and how efficiently and smartly you can train and organize your private and professional life in order to thrive and to be your best self, to be the champion and how to carry yourself on the court with dignity."

"Rafael, on the other hand, taught me never give up spirits and we always have respect for each other." 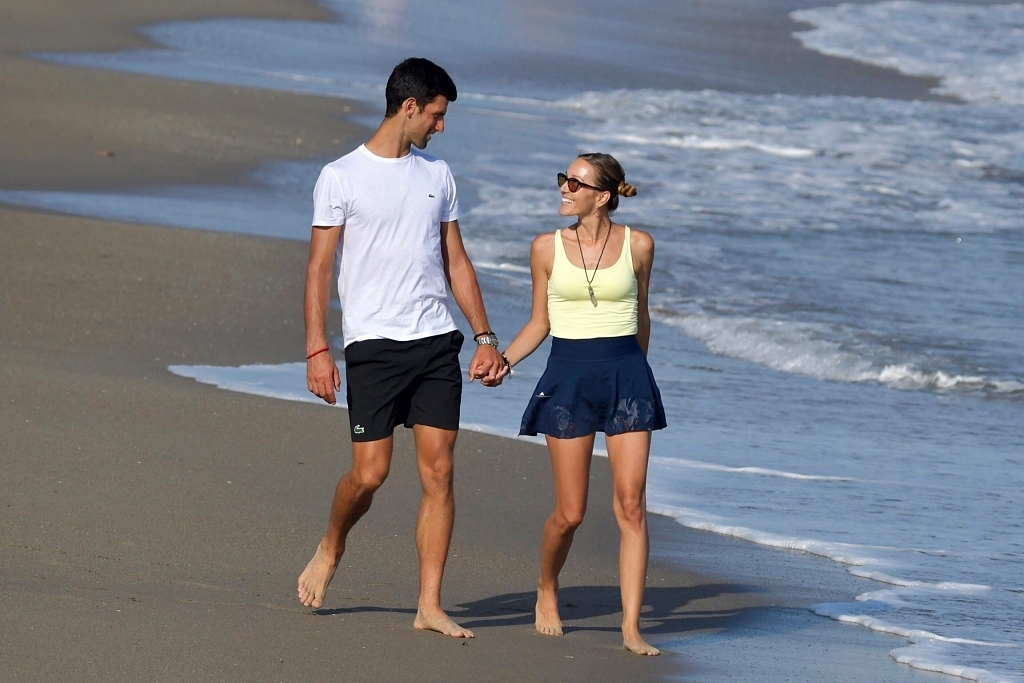 "My greatest weakness and greatest strength at the same time is ability and inability to comprehend things in a deeper level," Djokovic said.

"To be more concrete, I feel I am at my best when I understand that the power comes from within and that I can change everything inside whatever is happening outside whether it's tennis court or relationship with my closest ones."

Growth as a couple on marital challenges

Djokovic opened up about how he allowed his profession to "stunt his emotional growth" and affect his relationships, including his marriage.

"I realized I came to the stage of my life in my career where I had to dig deeper and understand myself," Djokovic said.

"When you expect the least, life will give you something to work at internally.

"About my wife, we know we have to go on this journey together." "I am really grateful and happy that she embarked on the same journey, her own journey, but partly at the same time as I did."