Obama criticizes Trump's virus response: 'They aren't even pretending to be in charge'
CGTN 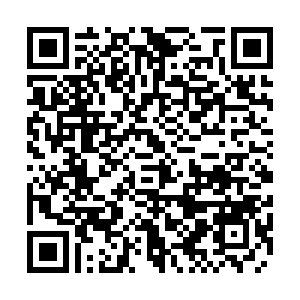 Former U.S. President Barack Obama on Saturday criticized the nation's response to the coronavirus – led, of course, by current President Donald Trump, telling college graduates in an online commencement address that many officials "aren't even pretending to be in charge" in time of the coronavirus outbreak.

Without directly naming whom, Obama said the pandemic has "torn back the curtain on the idea that so many of the folks in charge know what they're doing." The two-hour event was designed for students graduating from historically black colleges and universities broadcast on YouTube, Facebook and Twitter.

"Let's be honest: A disease like this just spotlights the underlying inequalities and extra burdens that black communities have historically had to deal with in this country," Obama said. "We see it in the disproportionate impact of COVID-19 on our communities, just as we see it when a black man goes for a jog and some folks feel like they can stop and question and shoot him if he doesn't submit to their questioning."

"Injustice like this isn't new," Obama went on to say. "What is new is that so much of your generation has woken up to the fact that the status quo needs fixing, that the old ways of doing things don't work." In the face of a void in leadership, he said, it would be up to the graduates to shape the future.

"If the world's going to get better, it's going to be up to you," he said.

Later that day, in another televised commencement address for high school seniors, he took a step further and panned "so-called grown-ups, including some with fancy titles and important jobs" who do "what feels good, what's convenient, what's easy."

"Which is why things are so screwed up," he said.