In The Spotlight: Behind southern U.S. governors' controversial race to reopen
By John Goodrich, Wang Xiaonan 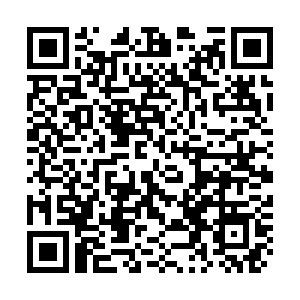 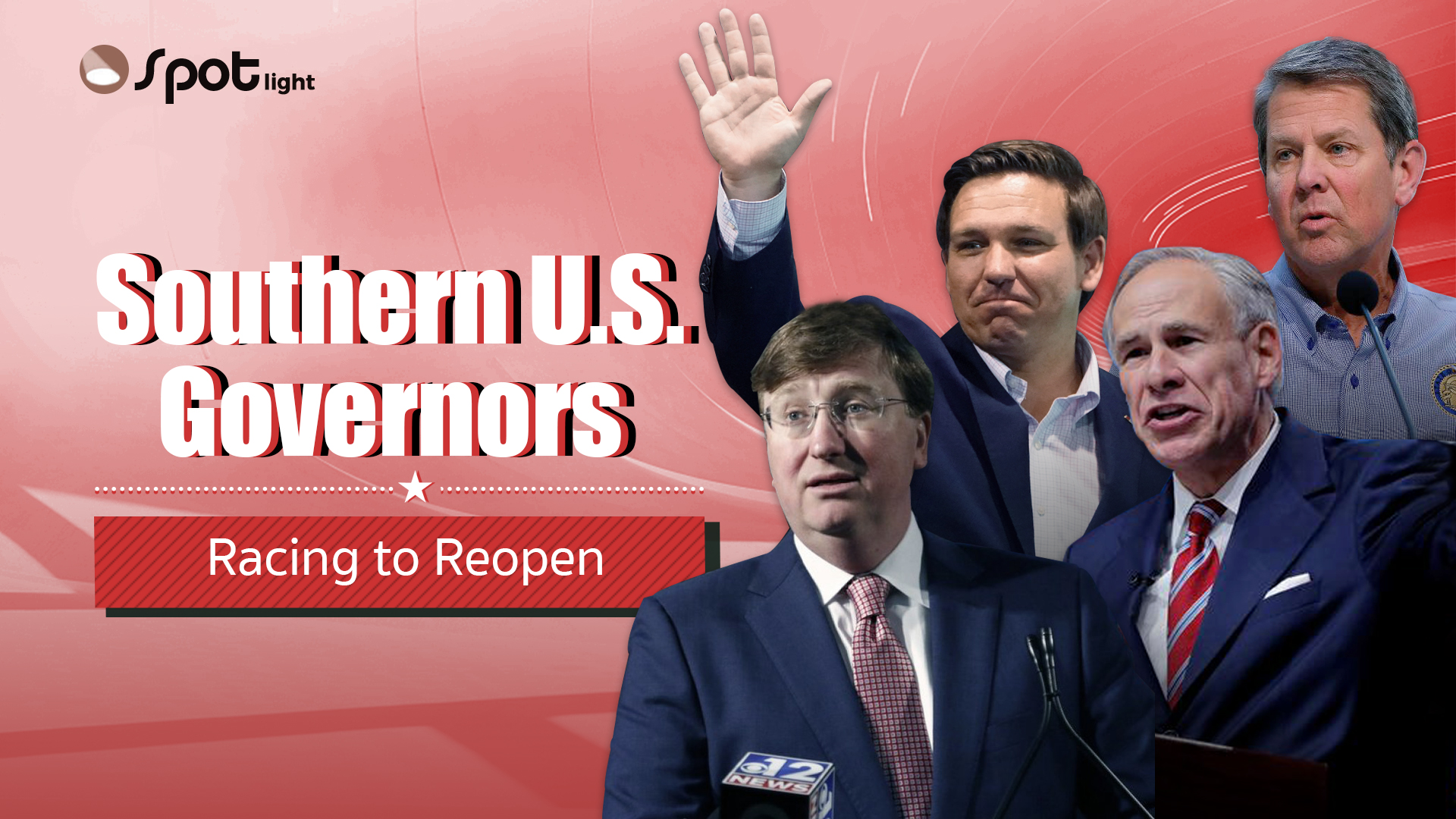 Across a slew of states in the American south, life is returning to "normal" in dribs and drabs. In Florida, big crowds are sunbathing on Pinellas County beaches. In Texas, movie lovers can't wait to pack dark cinemas with popcorn and ice soda. In Georgia, golf courses remain open as the ideal location for men to sharpen their business acumen. In Mississippi, people are getting haircuts at barbershops following the end of the less-than-a-month lockdown.

The governors of these southern Republican states are racing to reopen their economies despite repeated warnings from epidemiologists that the move may trigger a second outbreak. And in some of them, there are still grim updates in COVID-19 cases. Nonetheless, as unemployment claims surge, governors are facing an uphill battle in trying to mitigate a painful economic downturn while keeping the coronavirus resurgence at bay.

They've drawn wide controversy for loosening restrictions too early. In a recent poll conducted by the Washington Post and Ipsos on how the public thinks their leaders are handling the outbreak, Republican governors of three states – Georgia, Texas and Florida – made up the bottom three.

Are these governors putting lives below GDP? Are they making decisions based on science or politics? We take a look at four of these leaders in the South. 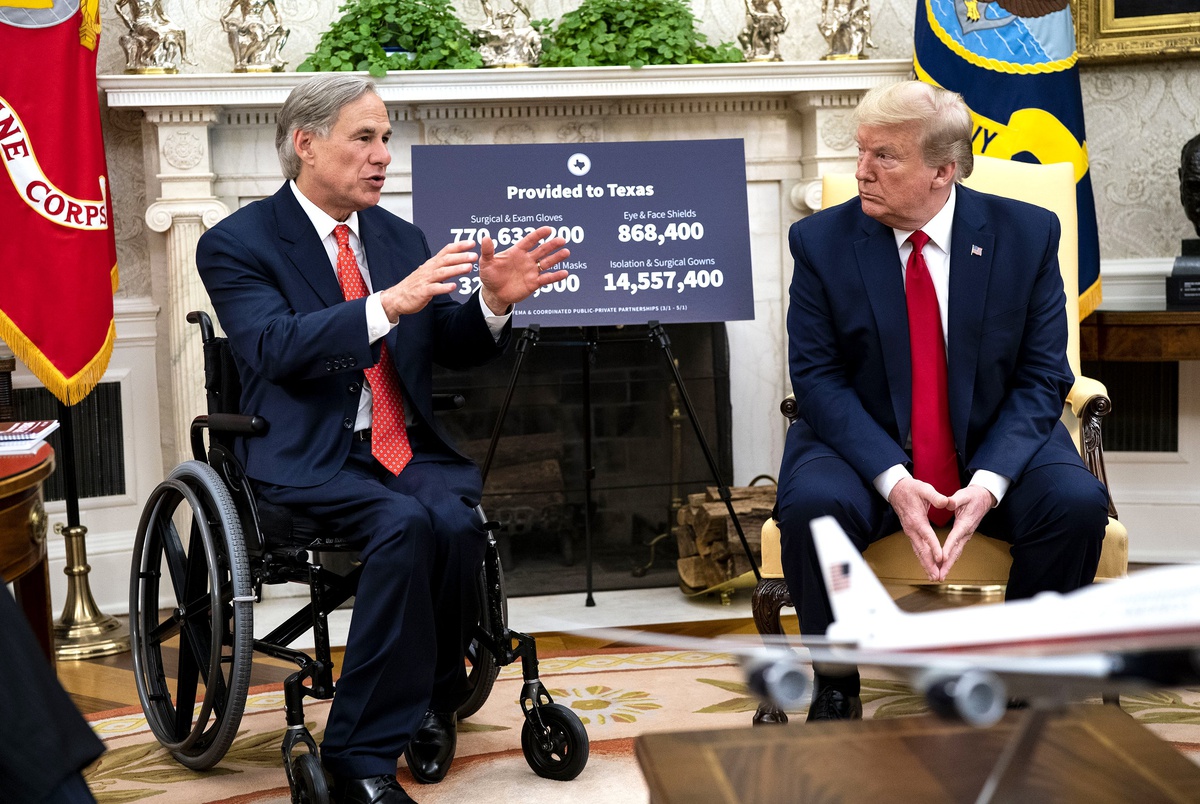 Phased reopening starting from May 1

"We'll make sure Texas will once again reclaim its position as being the No. 1 economy in the United States."

He made the remarks when meeting with U.S. President Donald Trump in the Oval Office on May 7, where Trump applauded this 62-year-old conservative official for how he's handling the reopening. Trump also praised Abbott for getting Shelley Luther released from jail. Luther, a hair salon owner in the city of Dallas, had been sentenced to seven days in jail for illegally reopening her store but was released after Trump supporters and high-profile Republicans accused the move of government overreach.

Texas is among the states that had the shortest statewide stay-at-home orders – from April 1 to April 30. Retail stores, restaurants, shopping malls, and movie theaters reopened under reduced capacities on May 1. A week later, beauty shops such as hair, nail, tanning salons started providing limited services.

Abbott said the reopening order supersedes local orders, a heavy-handed approach that stood in contrast to the early days of the outbreak, when he had let cities and counties issue their own restrictions. This explains why Texas cities such as Dallas, Houston, Austin and El Paso still have relatively stringent restrictions while rural areas have greater latitude. But Abbott soon came back with an overriding executive order to reboot the state, putting him at odds with many municipal governments. El Paso county judge Ricardo Samaniego, Austin mayor Steve Adle, Houston mayor Sylvester Turner are among vocal local leaders who urged caution against Abbott's reopening mandate.

This further fuels the dissonance between the state's top leaders and local officials – a defining characteristic of the state's political landscape. Moreover, his confusing patchwork of directives has damaged his relative popularity with Democrats in Republican states. "Abbott is Donald Trump without the showmanship," said Abhi Rahman, communications director for the Texas Democrats.

In the new poll mentioned above, Abbott ranks 11th out of 12 large-state governors for their COVID-19 response, with his approval rating standing at 57 percent. The only leader to have performed worse is Georgia governor Brian Kemp, with 39 percent.

Now two weeks into the reopening, COVID-19 cases are on the rise. On May 16, Texas registered the largest single-day spike with 1,801 newly reported cases. 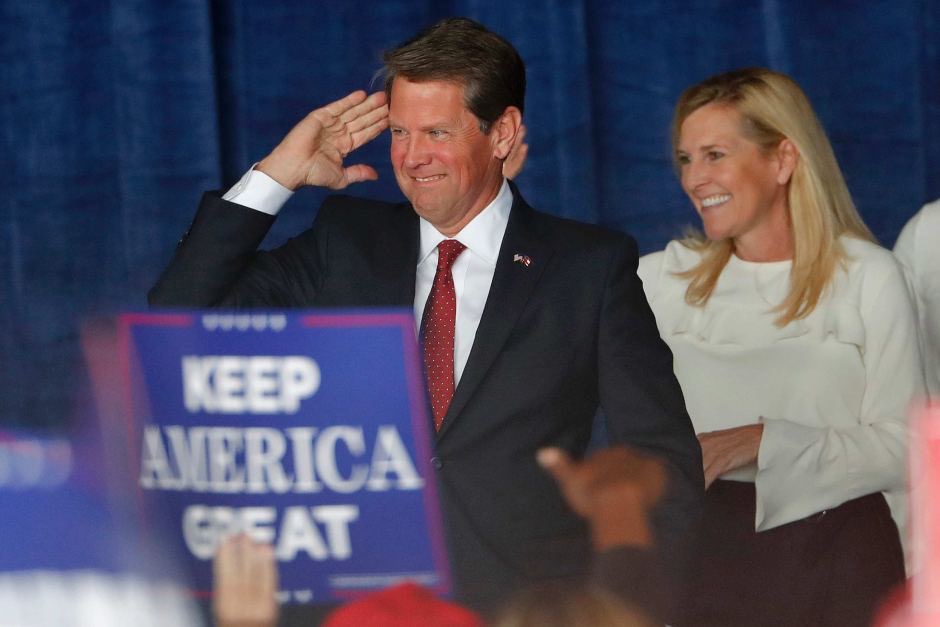 Brian Kemp in Georgia's governor's race, with his wife, in November 2018. /AP

Brian Kemp in Georgia's governor's race, with his wife, in November 2018. /AP

Comfortably the least popular gubernatorial response to the virus in the United States has been from Brian Kemp, the Georgia governor who was so quick to reopen the state's economy – from April 24 – that he was even rebuked by Trump (though the president and vice president initially backed Kemp's plan, CNN reported).

"I told the governor of Georgia Brian Kemp that I disagree strongly with his decision to open certain facilities which are in violation of the phase one guidelines for the incredible people of Georgia," Trump told reporters on April 23.

Gyms, cinemas, hairdressers and restaurants are now open in a state where confirmed cases jumped by 795 on Friday. Kemp's net approval rating of negative 22 for handling the crisis in the poll puts him a massive 66 points behind the national average for governors.

While Democrats may dream of flipping Georgia in 2020, it's been a Republican state in presidential elections since 1992. Trump leads Joe Biden there in most polls and beat Hillary Clinton by five points in 2016.

Kemp, a long-term state politician, is a Trump loyalist, but wasn't very popular before the crisis – the 56-year-old only narrowly beat Democratic star Stacy Abrams in 2018 – but most governors in other states have seen their popularity soar from low bases.

So what's Kemp done wrong? He's been strongly criticized by public health experts for being slow to close down Georgia and then moving aggressively to reopen at a time when there's no clear downward trend in the death toll or number of confirmed cases. And he's also acting in defiance of public opinion: 65 percent of Georgians told Ipsos that restrictions are being lifted too quickly in their state.

Florida, a key battleground state in the 2020 election, has had an eventful pandemic, starting with the now notorious images of college students partying on the still-open beaches in March. As the virus spread, beaches and theme parks operated as normal in a state with a tourism industry of 86 billion U.S. dollars.

Governor Ron DeSantis, a vocal 41-year-old supporter of Trump who beat Democrat Andrew Gillum by just 0.4 percentage points in 2018, was slow to implement restrictions in the Sunshine State, possibly under pressure from the president, and initially took a big hit in the polls.

The former naval officer has since fought back with a plan for limited reopening, and his approval numbers have ticked up — though his handling of the crisis is still rated the third worst among U.S governors. Restaurants, stores and gyms will be able to began opening at quarter-capacity in many areas on May 4 and will operate at half-capacity from Monday, but cinemas and bars will remain closed.

However, the death toll continues to rise in a state known for its high elderly population. Around 42 percent of the nearly 2,000 deaths in the state to-date were residents or staff at long-term care facilities, according to state officials. 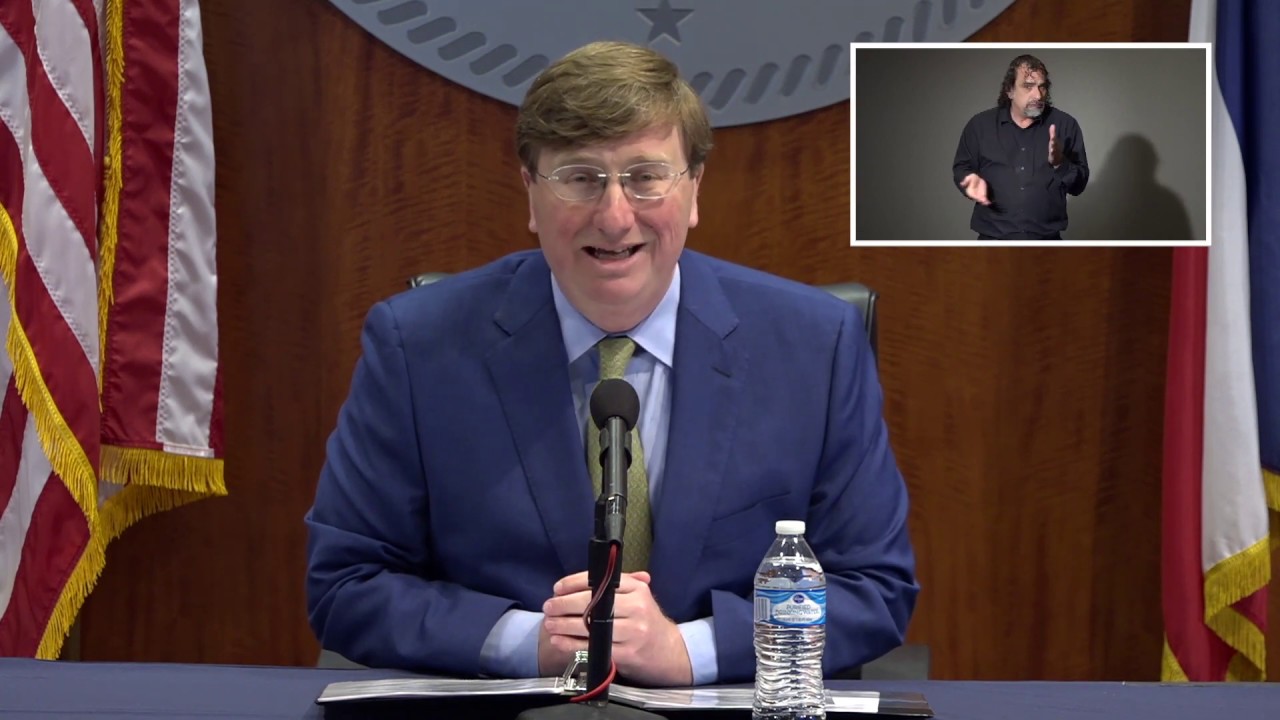 The governor of the poorest state in the country is also one of the most tech savvy when it comes to social media. Tate Reeves has taken to Facebook Live in these coronavirus times to give briefings, answer questions from the public and even lead Sunday prayer. One concerned citizen asked Reeves why the state wasn't doing more to protect public health, like China has done. His answer? "Mississippi's never going to be China. Mississippi's never going to be North Korea."

He even "disappeared" before the U.S. became the third epicenter of the outbreak – in early March, he left for Europe on a family trip right when the situation turned for the worse in the country.

He is a staunch Trump acolyte, vowing during his run for the governorship last year that if he were elected, he would "work for Trump." His response to the pandemic certainly echoes that of the U.S. president. While the surge in coronavirus cases has made Mississippi the 12th highest state in the nation on this metric, Reeves has offered guidelines that contradicted the stringent measures that many cities had imposed, such as redefining "essential" businesses to be practically every business, rendering moot initiatives that municipalities had taken by following CDC guidelines to shut down nonessential businesses. He keeps asking Mississippians to trust in the "power of prayer."

And just like the president, he is putting the economy above public health by reopening parts of it in contrast to advice from health experts. After the state saw its largest single-day increase in cases and deaths, Reeves held back on re-opening more businesses. Residents may be at greater risk than those in other states because they have higher rates of diseases such as diabetes that could make them more susceptible to infection, as well as limited healthcare options in a state that had rejected funds to expand Medicaid under the Obama-led Affordable Care Act.

(Figures for confirmed cases and deaths come from local health authorities as of May 16, 2020.)