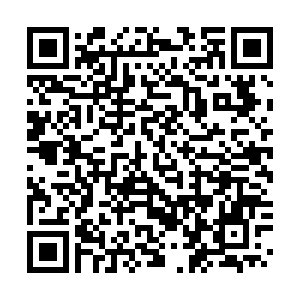 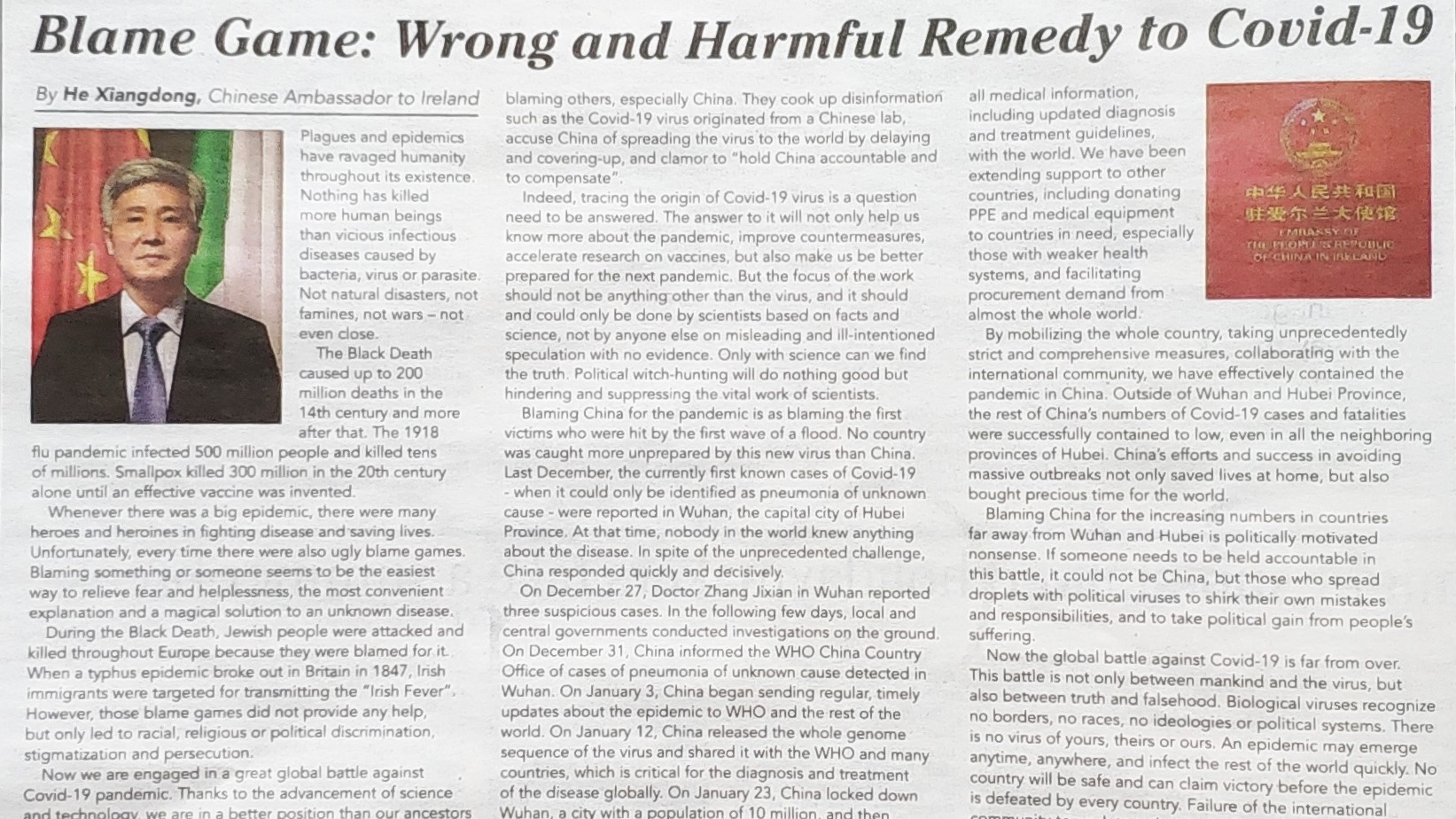 Blame game is a wrong and harmful remedy to COVID-19 and can lead people to nowhere in the fight against the global pandemic, Chinese ambassador to Ireland He Xiangdong said Saturday.

In an article published in English news daily Irish Independent, He said that plagues and epidemics have ravaged humanity throughout its existence and nothing has killed more human beings than vicious infectious diseases caused by bacteria, virus or parasite.

When there was a big epidemic, there were also ugly blame games, wrote the ambassador, citing examples that during the Black Death, Jewish people were attacked and killed throughout Europe because they were blamed for the disease, and that Irish immigrants were also targeted for transmitting the "Irish Fever" when a typhus epidemic broke out in Britain in 1847.

Now in the COVID-19 pandemic, "old blame game tricks have unfortunately come back again," He said.

"Blaming China for the pandemic is as blaming the first victims who were hit by the first wave of a flood. No country was caught more unprepared by this new virus than China," He said.

In spite of the unprecedented challenge, China responded quickly and decisively, He noted, adding that in January China locked down Wuhan, a city with a population of 10 million, and then the whole Hubei Province, sending a "very clear and strong warning message" to the world about the severity of the epidemic.

He pointed out that blaming China for the increasing numbers in countries far away from Wuhan and Hubei is "politically motivated nonsense."

"If someone needs to be held accountable in this battle, it could not be China, but those who spread droplets of political viruses to shirk their own mistakes and responsibilities, and to take political gain from people's suffering," He said.

"While we are all working for a future of recovery, we should also prevent political viruses from distracting and delaying the necessary global response, otherwise we will be led to nowhere but the deep gutter," He said.