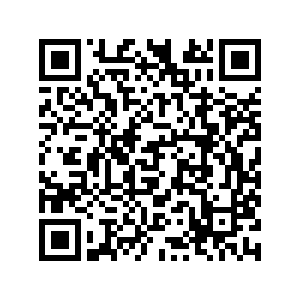 The Chinese Ambassador to Israel died of "health reasons" according to China's initial investigation into the incident, Zhao Lijian, China's Foreign Ministry spokesperson, told the media on Monday, adding that further investigation will be carried out to verify the preliminary report.

Zhao confirmed Sunday's reports that the Chinese Ambassador to Israel Du Wei passed away during a regular press briefing on Monday.

The spokesperson expressed sincere condolences to Du's family on behalf of the ministry and said it is doing its best to deal with the aftermath.

Du was found dead on Sunday at his residence in coastal Herzliya, to the north of Tel Aviv, according to media reports.

"Deepest condolences to my colleague Ambassador Du Wei to Israel!" Hua tweeted on Sunday, without further information on the cause of Du's death.

The 57-year-old became ambassador to Israel in February.

Israeli Ministry of Foreign Affairs Director-General Yuval Rotem offered condolences over Du's death. He told the embassy's deputy Dai Yuming that the Israeli side will help the Chinese embassy with anything they may need along the way.

Born in October 1962, Du was married with one son, according to the embassy's website. He started working in the Ministry of Foreign Affairs in 1989.

He served as China's ambassador to Ukraine from 2016 to 2019. He assumed his role in Israel in February 2020, replacing his predecessor Zhan Yongxing.

Du immediately entered a 14-day mandatory quarantine after arriving in Tel Aviv on February 15, as the COVID-19 pandemic was sweeping across the world.

On March 23, he received his diplomatic credentials.

In his first opinion article published in The Jerusalem Post on March 13, Du said he hoped to further improve the China-Israel partnership and promote bilateral cooperation in fighting COVID-19.

China and Israel built a strategic partnership in 2017 to boost innovation and investment.

"Over the past few years, there has been a 'Chinese investment boom' in Israel, including mergers and acquisitions and infrastructure projects… But China's total investment in Israel only represents 0.4 percent of China's total overseas investment. That means we have a huge potential for improvement," he told Hebrew newspaper Israel Hayom in an interview in April.

In his most recent interview with local newspaper Yated Ne'eman, Du admitted that COVID-19 had "brought complicated factors" to China-U.S. ties and rejected the untruthful accusation about China's handling of the virus.

He also called on international cooperation to combat the global health challenge.