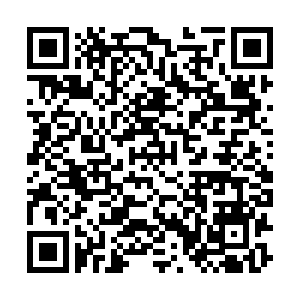 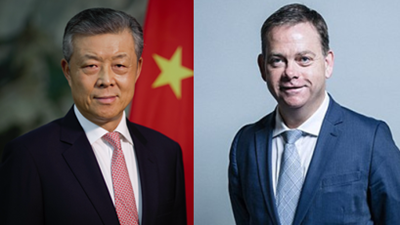 Photo via Chinese Embassy in the UK

Photo via Chinese Embassy in the UK

Chinese Ambassador to the UK Liu Xiaoming on Friday expressed hope that China and the UK would work together to continuously increase mutual trust, resist disruptions and broaden cooperation, so as to bring more benefits to the peoples of the two countries.

Liu made the remarks during a phone call with Nigel Adams, UK's minister of state at the Foreign and Commonwealth Office (FCO) and the Department for International Development.

The two exchanged views on China-UK relationship and joint response to the COVID-19 pandemic. The conversation was joined by FCO Director General of Economic and Global Issues Menna Rawlings.

The two countries have been working together closely, comparing notes, sharing experience, collaborating in R&D, facilitating supplies and cooperating globally, he said.

The ambassador also mentioned the webinar that took place earlier in the morning between senior public health experts from both countries.

Ma Xiaowei, minister of China's National Health Commission, and UK's Secretary of State for Health and Social Care Matt Hancock addressed the event, emphasizing that China and the UK should actively implement the consensus between the two leaders, deepen bilateral and global cooperation and work closely to safeguard global public health.

Adams gave an update of the latest situation regarding COVID-19 in the UK, saying that it is important for the UK and China to cooperate closely in the battle against the virus.

He also thanked China for facilitating the UK's procurement of medical supplies in China, which played a significant role in UK's fight against COVID-19.

Attaching high importance to UK-China relations, the UK is committed to developing a constructive and friendly relationship with China and is ready to work together with China to implement the key consensus between the two leaders and expand cooperation with China in various sectors.