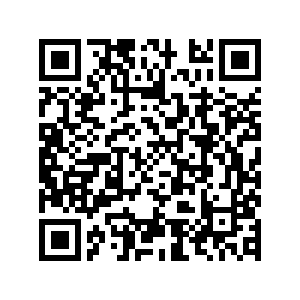 In this week's Science Saturday, we look at science news ranging from China's powerful carrier to a possible cure for COVID-19.

China's most powerful carrier rocket has made its maiden flight. The Long March-5B rocket blasted off from the Wenchang Space Launch Center in south China's Hainan Province last week. It carried a test version of a new-generation spacecraft, which successfully returned to Earth last Friday. The rocket is said to have the biggest boost power in the Long March-5 series. It can carry at least 22 metric tons per trip to low-earth orbits. This is a significant step toward China's plans to have a full-scale space station around 2022.

A newfound black hole may be the closest one to Earth. It's about a thousand light years away from us – two-thirds closer than the previous record-holder. This means we can even see the stars that swirl around it with the naked eye. The black hole lies in the constellation Telescopium in the Southern Hemisphere, and weighs in at some four times the mass of the Sun. Scientists predict there are hundreds of millions of black holes in the Milky Way Galaxy that are still undiscovered.

The world's highest mountain is to be re-measured! This attempt is China's most comprehensive scientific survey of Mount Qomolangma – known as Everest in the West. The survey team is made up of professional climbers and surveyors from China's Ministry of Natural resources. They will aim to measure the mountain's height by using satellite, accurate leveling and snow-level radar technologies. The results will be used in geo-dynamics research.

Research: Llamas could be key to COVID-19 cure

A possible cure for COVID-19! Llamas have antibodies to neutralize coronavirus infections – including SARS and MERS. Researchers in Belgium say these antibodies could help to neutralize the new coronavirus that causes COVID-19. In the last decade, scientists have also used llamas' antibodies in HIV and influenza research, and have found promising therapies for both viruses. The latest research is published in the scientific journal, Cell.