The plight of a Wuhan bookstore
By Wang Fan 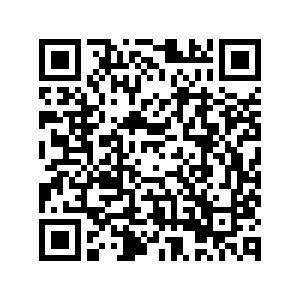 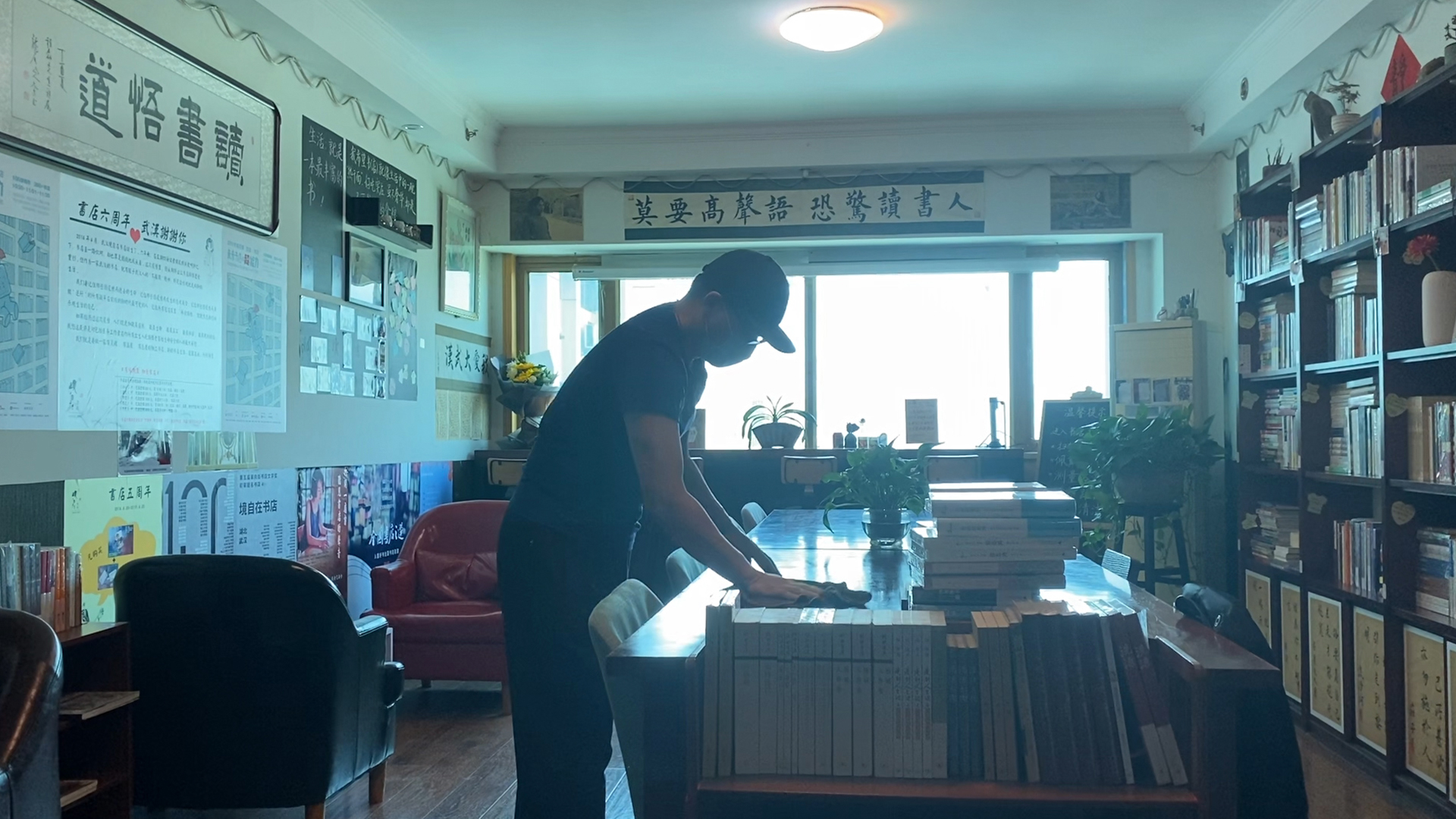 On April 29, Cheng Lei reopened his bookstore, 103 days after closing it due to the novel coronavirus. Called "Land at Ease," the shop is located inside a once-bustling office building in the Jianghan District of Wuhan, the epicenter of the COVID-19 outbreak in China.

Cheng's is one of around 1,000 bookstores in Wuhan that were shuttered during the lockdown.

According to the National Bureau of Statistics, China's GDP in the first quarter dropped 6.8 percent year on year. The blow to the service sector was particularly heavy.

"The three months were ruinous," Cheng said. "We had zero profit."

Cheng rents two apartments to house his bookstore. Normally, his operating costs are between 10,000 and 20,000 yuan (1,408 U.S. dollars - 2,816 U.S. dollars) a month, including rent, water and electricity bills, and property management fees.

Cheng returned to his bookstore on April 2, once his residential area was finally free of confirmed coronavirus cases and he was allowed to stay out for two hours a day. It was the first time he'd been back since the lockdown began.

While he was waiting for his application to reopen his store to get ratified by the local government, he promptly moved his business online, accepting orders on WeChat. However, sales amounted to just 3,000 yuan in April, falling far short of covering his costs.

"People haven't been earning any money," Cheng said. "There was hardly anything that you might call rebound consumption, given that books aren't an essential commodity." 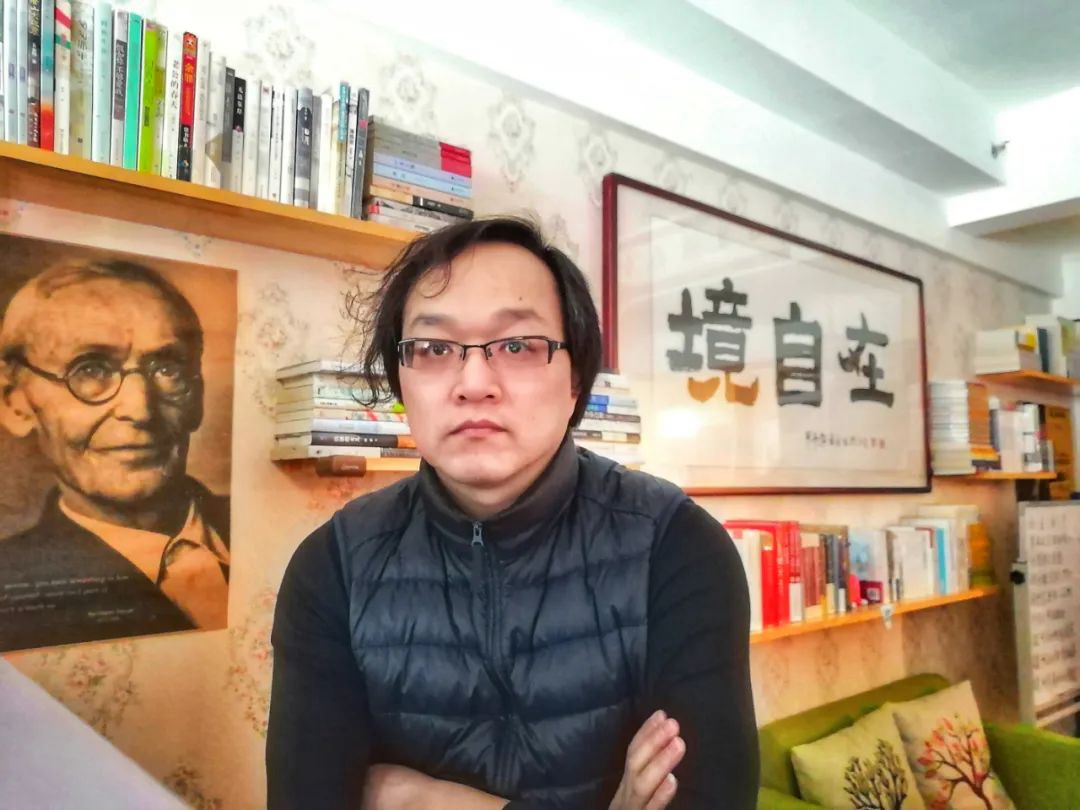 Thank you from Wuhan

The hardest time for Cheng was from the end of January to late February, when several of his friends and colleagues were killed by the virus.

In a state of constant anxiety and finding it difficult to sleep, he resorted to recording his feelings and reflections. What he wrote evolved into a self-published booklet titled "Thank You from Wuhan."

"Most impressive were the medics… Later the police, the PLA, the volunteers, the ordinary people… They all contributed," he said. "They were risking their lives for Wuhan. Saying 'thank you' was hardly enough to express our gratitude."

In Cheng's opinion, the cost of the epidemic is incalculable.

"You can calculate the death toll, the amount of money lost and the impact on GDP. But how do you define the true nature of the disaster? What about the emotional toll?" he said. "I hope that after the outbreak we'll respect nature more. Respect lives. Respect laws and regulations. Otherwise, their sacrifice would be wasted." 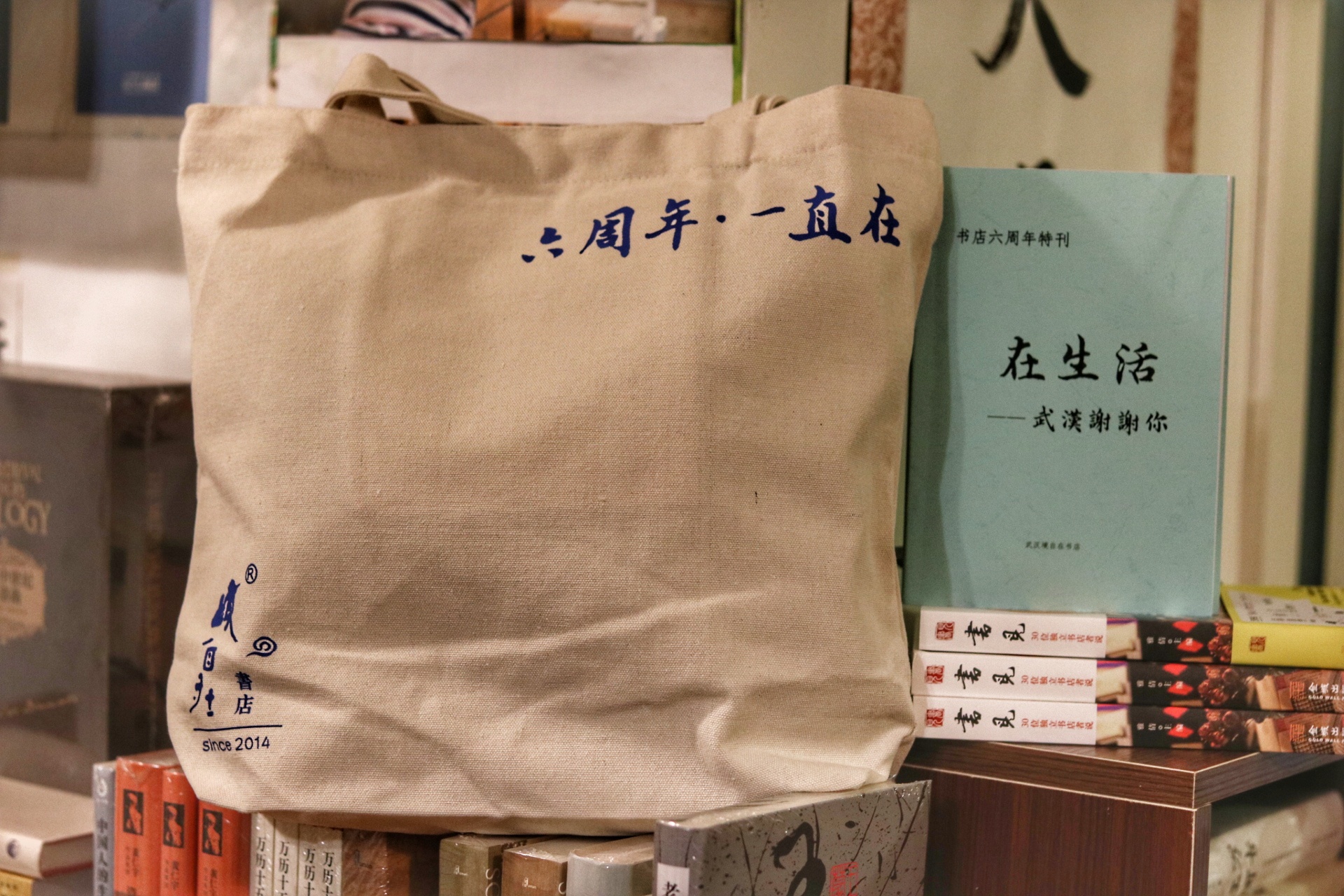 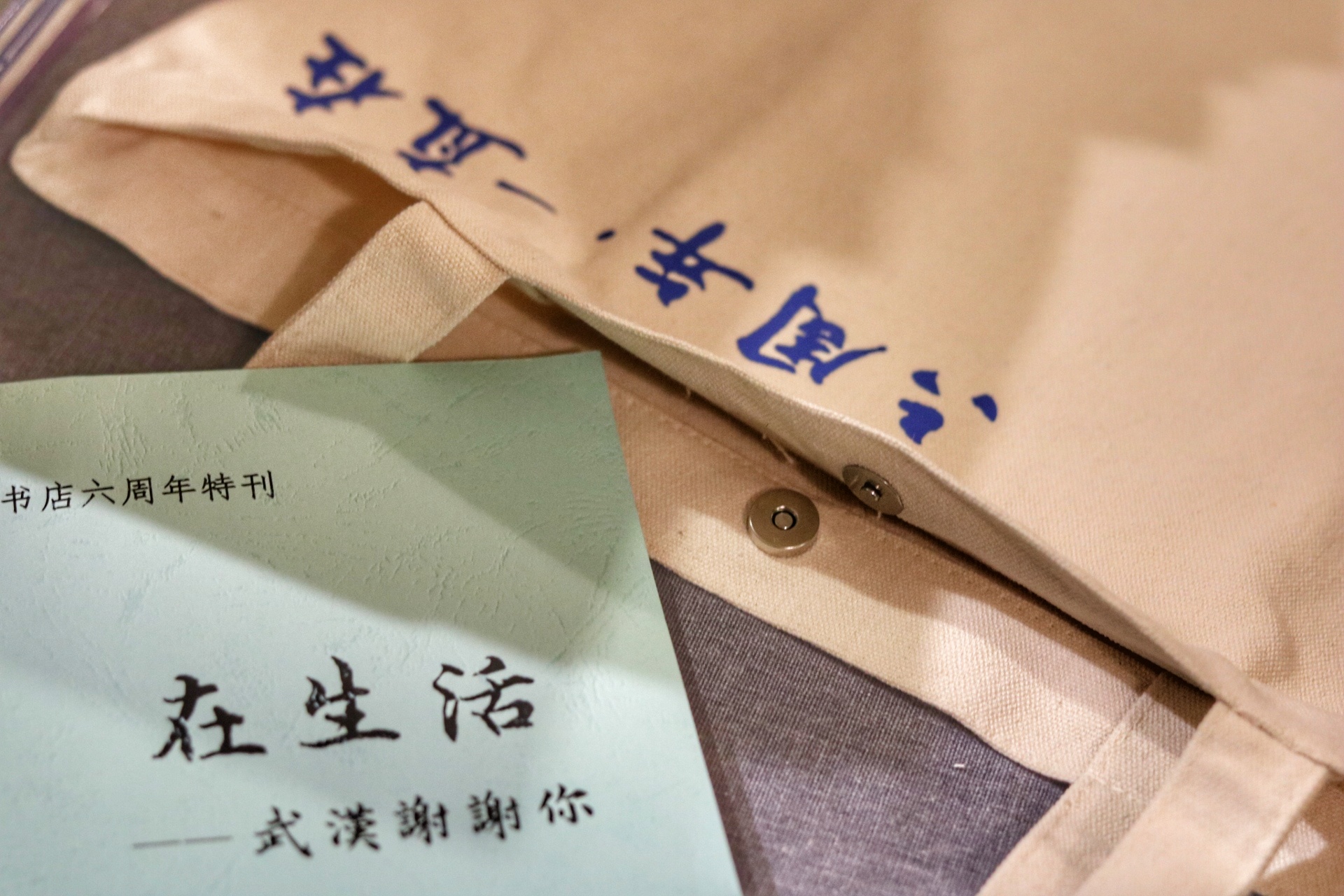 Cheng designed a special booklet and products on the theme of "Thank you from Wuhan." /Cheng Lei

Cheng designed a special booklet and products on the theme of "Thank you from Wuhan." /Cheng Lei

This year is the sixth anniversary of Cheng's bookstore. The business has always struggled to make money. The epidemic has made the situation worse.

Before he opened the bookstore, Cheng spent 18 years working in financial management, rising to become a company CFO. He opened Land at Ease in 2014, at a time when he wanted a complete change of career.

He strongly believes that through reading, people can look at themselves and society in a more objective light. "This hasn't changed from day one," he said.

"I started from scratch, learning how to run a bookstore bit by bit," he said. "Everything I built here has become a part of me." 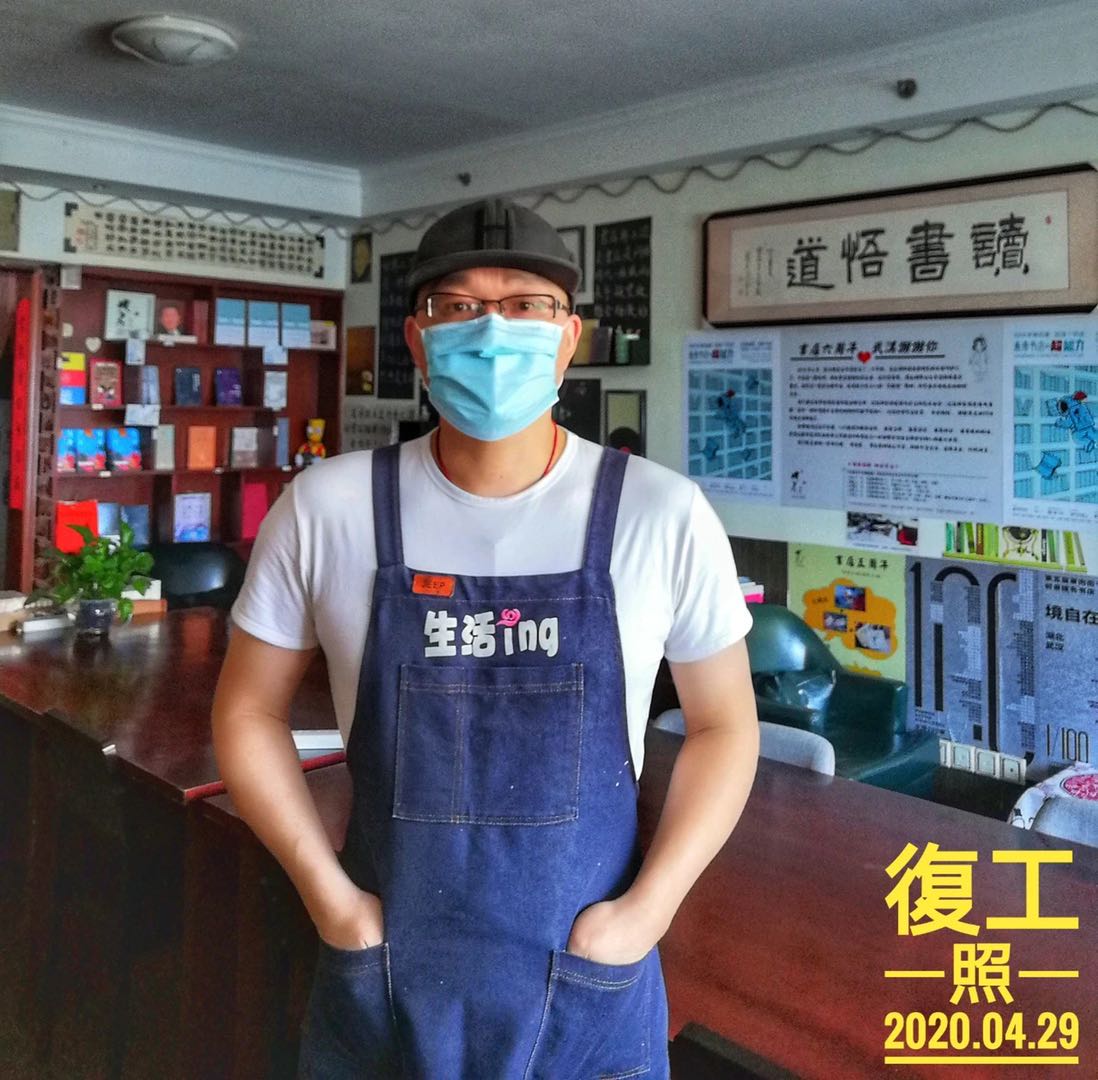 After being closed for 103 days, Cheng's bookstore reopened on April 29. /Cheng Lei

After being closed for 103 days, Cheng's bookstore reopened on April 29. /Cheng Lei

Many bookstores in Wuhan planned to reopen on April 23, World Book Day. Cheng had been hoping to do the same, but he could not get the approval in time.  One bookstore that did open was "Vision Books." One of the oldest independent bookstores in Wuhan, having been founded in 1998, it had only 12 visitors on its reopening day, just seven of whom made a purchase.

Cheng doesn't expect much from a small bookstore like his. He works from 10 a.m. to 6 p.m. every day. From time to time, he's contacted by readers wanting to place orders or just offer words of encouragement. He said their messages have kept him motivated.

Now, with uncertain times ahead, he accepts that like everybody else, he'll have to go through a long-drawn-out recovery process. But he's determined to hang in there until the last minute. He retains a positive attitude. "I'm blessed that I can work," he said. "I'm just living my life."