U.S. companies discover the dark side of a COVID-19 business boom
CGTN 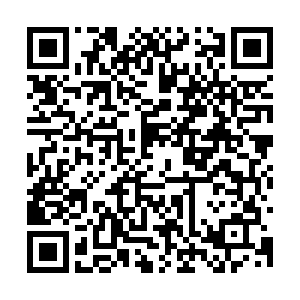 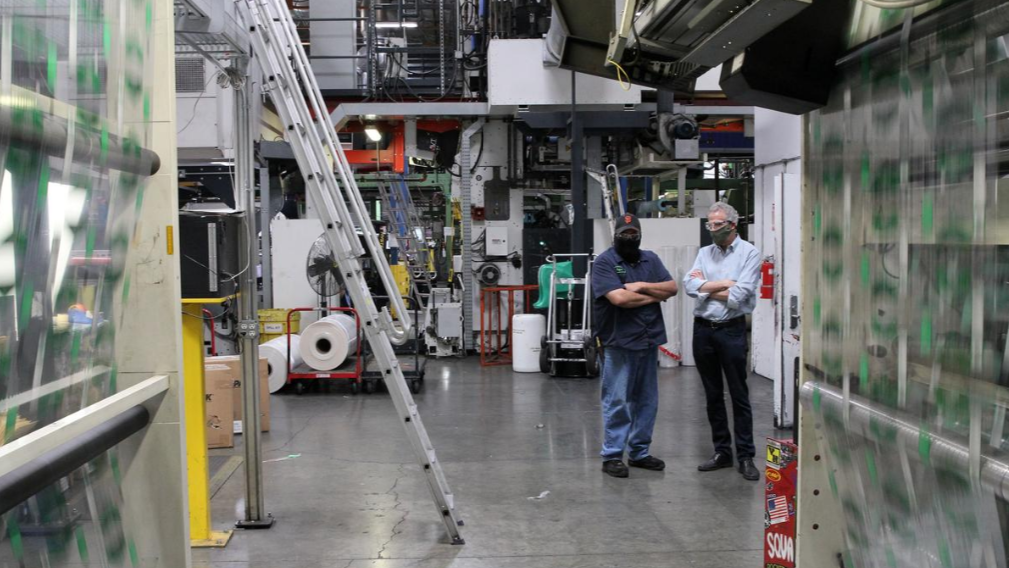 Kevin Kelly, CEO of Emerald Packaging, talks with an employee wearing protective masks on a production floor of the company, which prints packaging material to be used for produce, amid COVID-19 outbreak, in Union City, California, U.S., May 7, 2020. /Reuters

Kevin Kelly, CEO of Emerald Packaging, talks with an employee wearing protective masks on a production floor of the company, which prints packaging material to be used for produce, amid COVID-19 outbreak, in Union City, California, U.S., May 7, 2020. /Reuters

Kevin Kelly has discovered the many ways a deadly pandemic can be both a boom and a burden on some U.S. businesses.

As the nation clamped down with stay-at-home orders, Kelly said his company, Emerald Packaging Inc. in Union City, Calif, saw demand for the factory's output explode. Emerald churns out plastic bags for produce, like baby carrots and iceberg lettuce, and Kelly attributed the growth, in part, to the perception that packaged product is a safer alternative to unwrapped items.

Emerald represents the other side of the current novel coronavirus crisis, which has seen unemployment surge to levels not seen since the Great Depression. The jobless rate hit 14.7 percent in April. While many companies face a slump, some are rushing to add workers, including delivery services like Instacart. A recent survey by the Atlanta Fed concluded there have been three jobs added to the U.S. economy for every 10 layoffs.

Schnur said the extra costs go beyond stepped up cleaning and safety equipment and includes "significant increases in supply chain and logistics costs as we work to get our materials to those who have the greatest need."

Another company facing added costs is Calumet Electronics Corp., in Calumet, Mich., which said it has spent 80,000 U.S. dollars on everything from soap to mobile desks to keep workers safe through the crisis.

For Emerald, orders surged by 150 percent in March and were up by another seven percent in April. But there's a dark side to that surge, both in terms of cost and complexity.

All the steps the company has taken - both to boost output and keep workers safe - are expected to add at least 350,000 U.S. dollars to costs by the end of the year. This doesn't include the lost production time, which adds up to at least an hour each day, that machines have to be shut down for cleaning. Kelly, Emerald's chief executive officer, said he hasn't figured out what this will do to his profits, but he expects a big hit to his margins. Emerald is a family-owned business with annual sales of about 85 million U.S. dollars.

One of the biggest costs for Emerald was 50,000 U.S. dollars Kelly spent on an automated temperature scanner. When the crisis first hit, Emerald implemented a regimen that included workers getting their temperature taken at the start and end of each shift.

But Kelly soon realized there was a problem having 40 people at the start of each shift waiting to be checked, one by one, by someone standing close to each employee as they were screened.

"It also just isn't comfortable," he said. "You know it's a temperature gun, but you basically are holding a gun up to someone else's head. It just made everyone uncomfortable."

The new system will be a scanner that flashes a red warning signal if someone walks by with body temperature over 100.4 degrees.

Another big-ticket item is the cleaning, which accounts for 75,000 U.S. dollars of the added costs. This includes assigning six workers — two on each shift — to constantly scrub and sanitize surfaces and 10,000 U.S. dollars for six backpacks that these workers now use to hose floors with cleanser. The company, which was founded in 1963 by Kelly's father, has added 10 workers to its staff of 240 and is heaping on overtime as well to get the orders out the door.

Michael Rincon, Emerald's director of operations, says each week brings new twists. For instance, they've discovered that having workers constantly wiping surfaces with isopropyl alcohol erodes signs and buttons - but they only realized that after it was too late. On one machine in the factory, the word "danger" printed in bright red has blurred.

Rincon said the faded labels will be repainted. But he's also had to replace buttons on machines that have had the lettering rubbed away. The cost of a new button isn't much, but the repairs mean costly shutdowns on lines that run around the clock. Some buttons can be replaced in a few minutes, but others take longer, said Rincon.

Kelly said he even thought about trying to put through a price increase to offset some of these expenses. But a few weeks ago, his biggest customer let him know that was a non-starter. The customer told Kelly he was going to see who else might be able to supply him with produce bags, presumably at a better price.

Besides the costs, there are also plenty of unpredictable management challenges. The company made masks mandatory eight weeks ago, at the very beginning of the crisis, but Kelly and other managers still find workers in the plant who aren't wearing them or are wearing them incorrectly.

One problem is the nature of their factory, which is dominated by large, noisy machines. The only way to communicate in many parts of the factory is to lean your head right next to your coworker. "I'm constantly walking through the factory - throwing my arms apart - to remind people," said Kelly.

Emerald has had three false alarms, with workers either calling in sick or falling sick at work and being sent home. However, none tested positive for COVID-19, the illness caused by the novel coronavirus.

Kelly said that in a country that regulates so many things, there's still no good government guidance beyond general guidelines.

"The toughest thing is that there isn't much direction from the state or the federal government," Pallavi Joyappa, Emerald's chief operating officer, said. "You are kind of making it up as you go along."