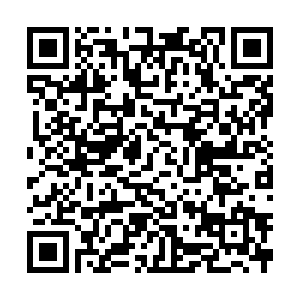 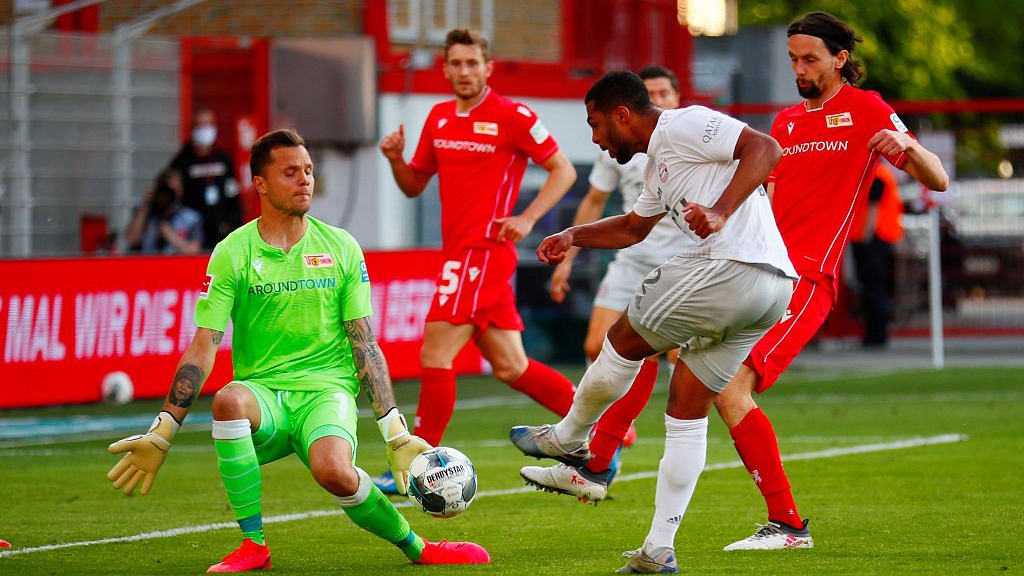 Robert Lewandowski bagged his 26th league goal this season as leaders Bayern Munich resumed their Bundesliga title chase with a 2-0 win at Union Berlin behind closed doors in their first match in two months on Sunday.

Lewandowski netted a first-half penalty and defender Benjamin Pavard scored a late header for Bayern in Berlin. The Bundesliga on Saturday became the first top European league to restart during the coronavirus pandemic.

Poland star Lewandowski, who missed two games with injury before the league was interrupted in mid-March, reached 40 goals for the campaign in all competitions as Bayern restored their four-point lead over Borussia Dortmund.

Dortmund, who thrashed Schalke 4-0 in the Ruhr derby on Saturday, host Bayern in a pivotal fixture on May 26, another game that will be behind closed doors in line with the league's strict hygiene guidelines.

"I have to say, each minute is very long when there are no fans and no noise," said Bayern captain Manuel Neuer.

"It was a different atmosphere to what you would expect at the Alten Forsterei, but, okay, it's about motivation and attitude. We still have a bit of work to do, but are happy to have dominated the game and can head home with the three points," he added. 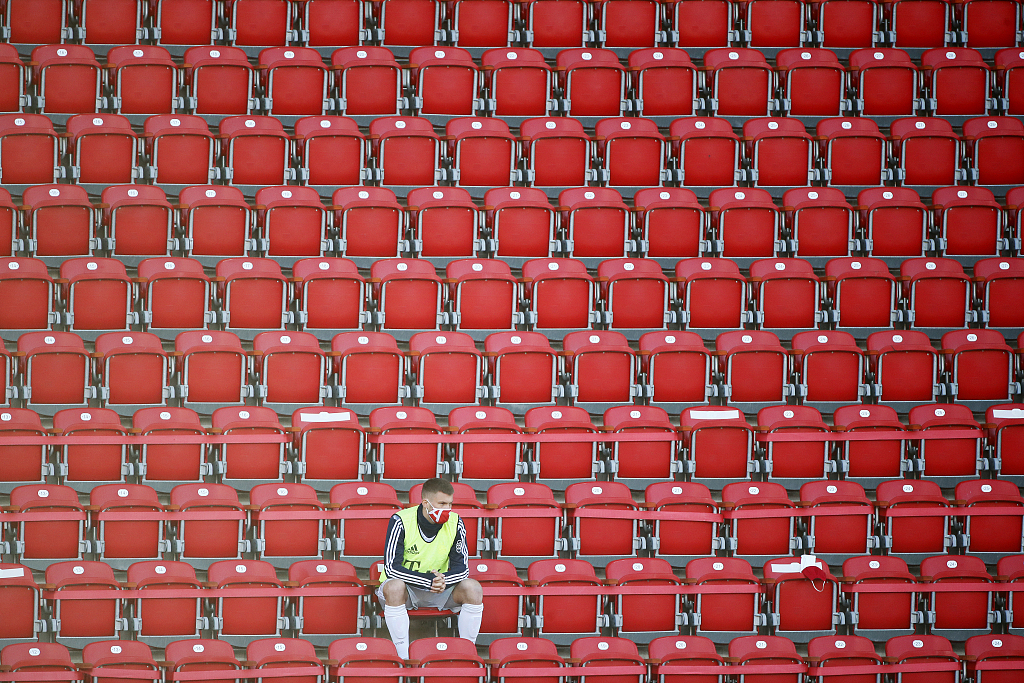 Bayern Munich susbstitute Lukas Mai in the empty stands wearing a protective face mask during their Bundesliga clash with Union Berlin in Berlin, Germany, May 17, 2020. /VCG

Bayern Munich susbstitute Lukas Mai in the empty stands wearing a protective face mask during their Bundesliga clash with Union Berlin in Berlin, Germany, May 17, 2020. /VCG

Union had shocked previous leaders Dortmund and Borussia Moenchengladbach earlier in the season, backed by passionate home support at their Alten Forsterei stadium.

With players' voices echoing around the empty ground, Thomas Mueller looked to have given Bayern the lead on 18 minutes only for the goal to be disallowed for offside.

Bayern eventually broke through when Union defender Neven Subotic fouled Leon Goretzka in the area on 38 minutes, with Lewandowski stepping up to slot home the resulting penalty.

It was Coman's countryman Pavard who grabbed the second goal on 80 minutes when he headed a Joshua Kimmich corner inside the far post.

Saturday's restart attracted over 6 million viewers in Germany, a new record for broadcasters Sky, according to specialist website DWDL.de.

With clubs having agreed to draconian hygiene guidelines in a plan approved by the German government, Hertha Berlin defender Dedryck Boyata denied planting a kiss on teammate Marko Grujic during their 3-0 win over Hoffenheim.

"I apologize for putting my hands on (Grujic's) face," Boyata wrote on Instagram, explaining that "it wasn't a kiss" or "a celebration" when he grabbed the Serbia midfielder.

"I was giving him instructions about a set piece. We must definitely be careful now that we play under this situation," he added. In Cologne, striker Mark Uth said that the absence of fans was no excuse for throwing away a two-goal lead in Sunday's early game – a 2-2 draw with struggling Mainz.

"If you're up 2-0, you have to finish things off – with or without spectators," fumed goalscorer Uth.

The hosts took an early lead when Uth converted a penalty with just six minutes gone and Florian Kainz added a second when he headed home a cross with just over half an hour left.

Replacement striker Taiwo Awoniyi, who had only been on for five minutes, tapped home from close range for his first Bundesliga goal to give Mainz hope.

Cameroon midfielder Pierre Kunde then earned a point for Mainz when he beat two defenders and poked the ball past goalkeeper Timo Horn to equalize on 72 minutes.

"It was like street football, a huge game for us," said Mainz sports director Rouven Schroeder. "For the first game after so many weeks, it was really good. The guys didn't want to be left behind."