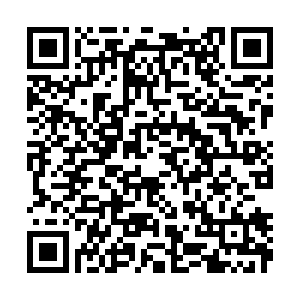 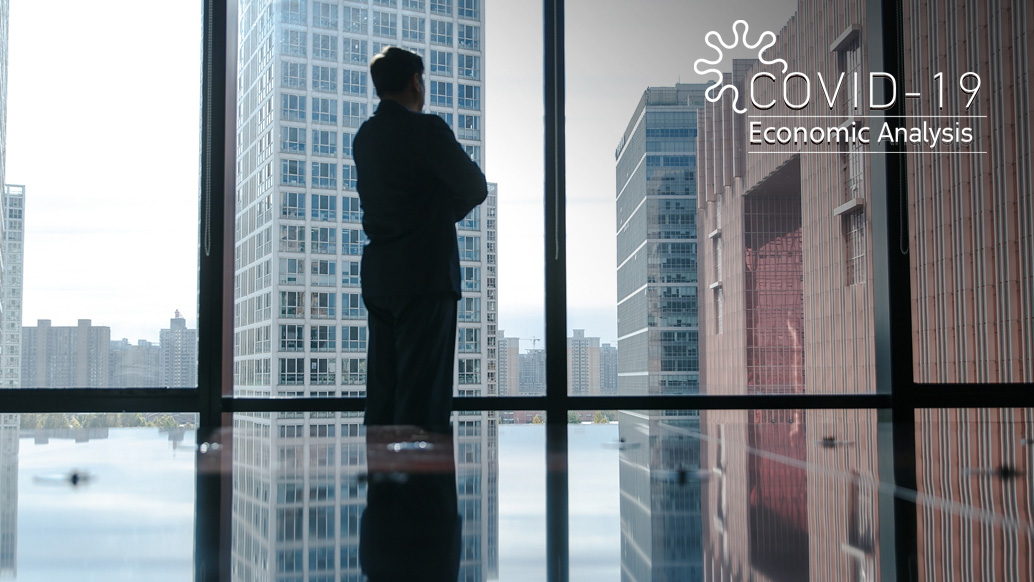 Editor's note: "COVID-19: Economic Analysis" is a series of articles comprising experts' views on developing micro and macroeconomic situation around the globe amid the COVID-19 pandemic.

Despite the unprecedented challenges and uncertainties facing the global economy amid COVID-19, Chinese companies will continue pursuing growth opportunities in international markets, according to a report by advisory firm Brunswick Group released on Monday.

The report, conducted in the fall of 2019, is based on a survey of 9,700 individuals among the general population of 23 countries where Chinese firms have significant investments and also 300 senior leaders at Chinese companies that have either already expanded internationally or plan to do so soon.

Brunswick said it delayed the launch of this report due to new understandings on the COVID-19 outbreak and has provided advice on helping companies manage the impact of the virus on their operations, workforces and financial markets.

The COVID-19 has ravaged global economy and pushed companies to deal with it. Ninety-eight percent of the Chinese companies that have reported earnings results mentioned the pandemic during their earnings calls, and 78 percent of Chinese companies publicly listed on international stock exchanges tried to handle questions around COVID-19, said the report.

The country's GDP in the first quarter of the year contracted by 6.8 percent under COVID-19 pressure, with retailers, manufacturers, farmers and exporters in the country hit hard.

Chinese companies looking to internationalize their businesses right now are in a tight spot as the pandemic demonstrates a highly globalized world, said Mei Yan, senior partner and chair of China of Brunswick Group.

"To succeed on the global stage, Chinese businesses must be staunch defenders of their reputation from day one and aim to earn and build long-term trust," said Mei.

The pandemic is a challenge facing companies all over the globe, not just Chinese companies that need to further enhance their understandings on doing business overseas, said Yu Yue, partner of Brunswick Group Beijing office.

"Chinese companies have much homework to do to expand business overseas under the current situation. As a major player of the global industrial chains, they need to see things in more dimensions, not just the growth of results, but contributions on environmental, social and governance (ESG) fields," said Yu.

"They need to bring more value to their employees, suppliers as well as local communities, and actively tell their own story," Yu added.

The report said Chinese companies have become more likely to pursue exports, M&A, and investment opportunities outside China. 54 percent of the Chinese business leaders surveyed rate sales outside China as "extremely important for my business," up from 48 percent in 2018.

Many foreign companies remain confident about China's economy despite the pandemic. For example, Intel is bullish on Chinese market given the country's acceleration in the digital economy and government policy. Schneider Electric also expects the fallout from the coronavirus to be temporary and remains committed to long-term opportunities in China. 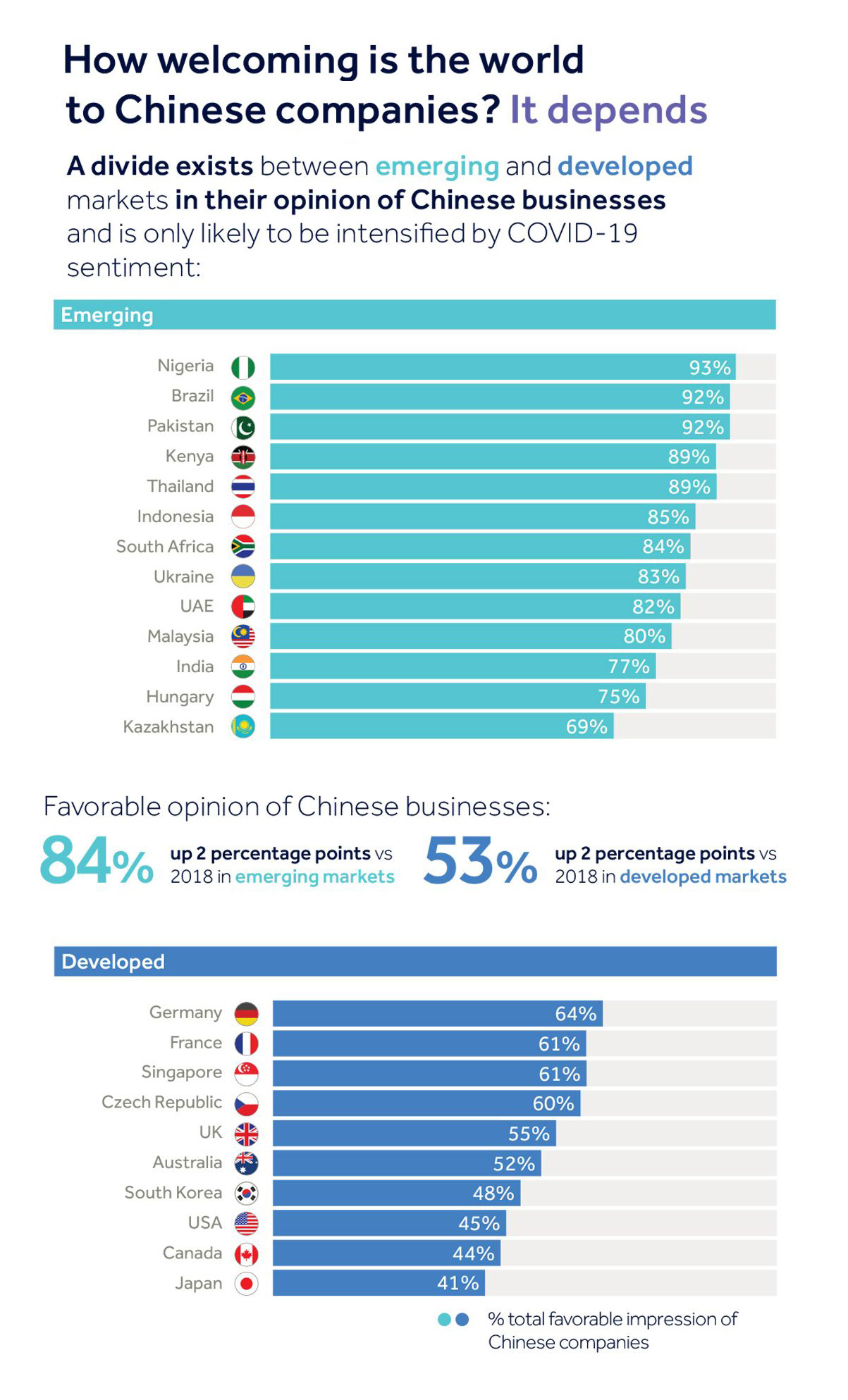 The report highlights that Chinese companies are facing a widening trust gap between developed and emerging countries, though they enjoy relatively high aggregate trust among global audiences.

Across emerging and developed markets, there is widespread and rising recognition of Chinese leadership in the spheres of technology, economics and finance, said the report.

Chinese companies should pay more attention to the market status quo, identify their target audience and improve deficiencies, especially in the environmental, social and governance (ESG) areas, said the report.

It said that in a post-COVID-19 world, building trust will be more important for Chinese companies than ever. They should treat ESG as improvement areas as audiences in both emerging and developed markets rate the performance of Chinese firms consistently lower on these metrics, especially when it comes to how they treat local employees and protect the environment.

They should also learn to communicate, develop an engagement plan, and build and sustain engagement with relevant stakeholders including government, regulators, media, among others. 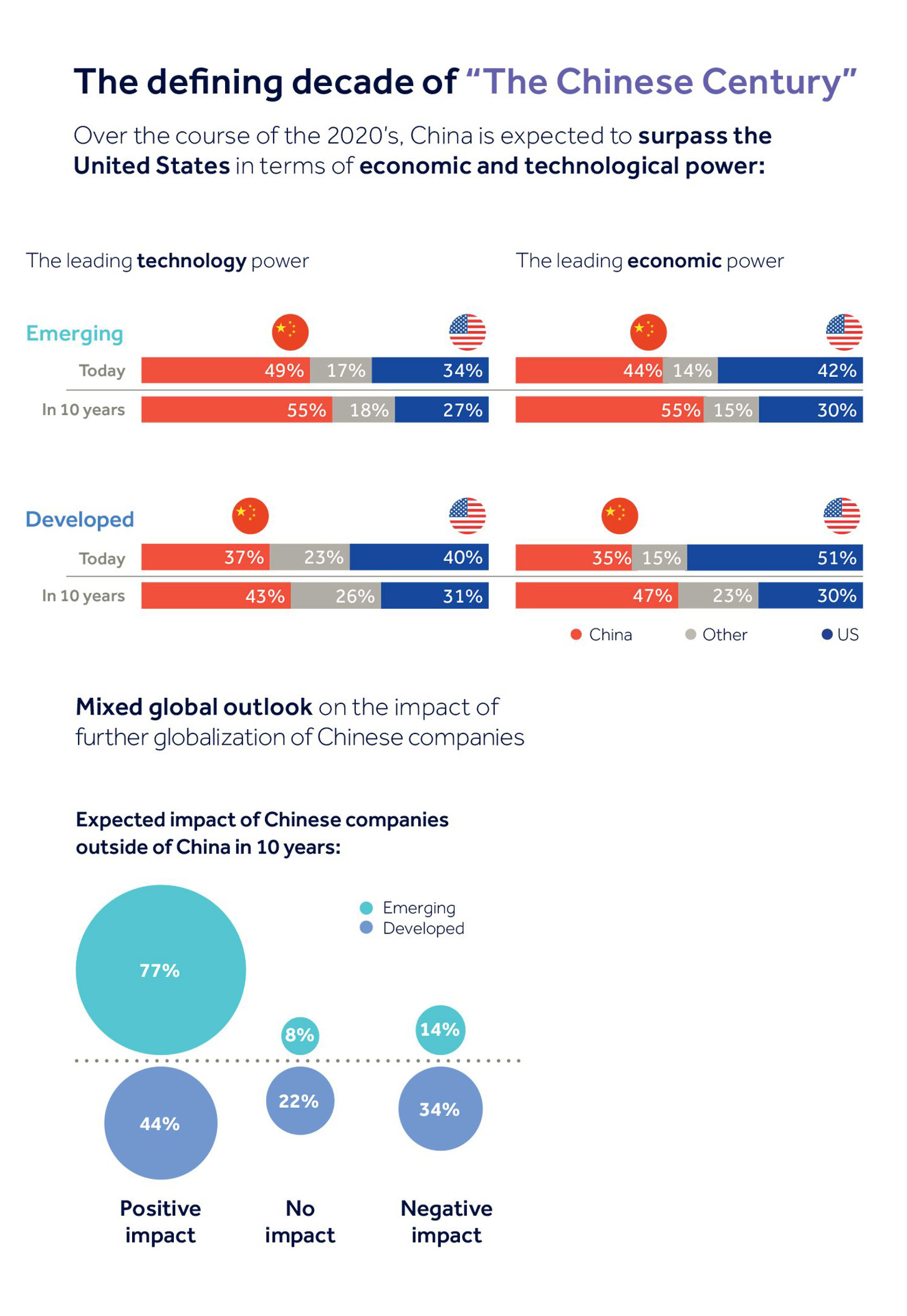 China to surpass the U.S. as an economic and technological power

The report also said that China is expected to surpass the U.S. in terms of economic and technological power, and 62 percent of the Chinese companies are expected to lead most or many industries in 10 years.

An average of 44 percent of the respondents rank China as the leading technology power in today's world, compared with 37 percent for the U.S. In the next 10 years, 50 percent think China will be the dominant tech power, with just 29 percent thinking it will be the U.S.

Despite trade frictions, Chinese business leaders still rank the U.S. as their top potential growth market. 39 percent rank the U.S. first among the growth markets, up from 35 percent in 2018. East Asia has also risen in their ranking from 22 to 29 percent, with ASEAN countries, Australia and Central Asia remaining stable at 29, 22 and 19 percent respectively, said the report.

Meanwhile, the world's second-largest economy will continue to expand its trade footprint across the world. A total of 128 out of 190 countries did more trade with China than with the U.S. in 2018, compared with 93 countries in 2008, data from the IMF Direction of Trade Statistics showed.