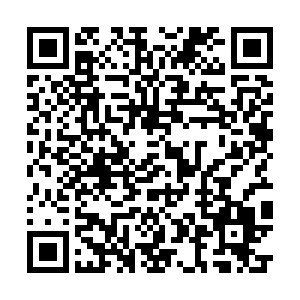 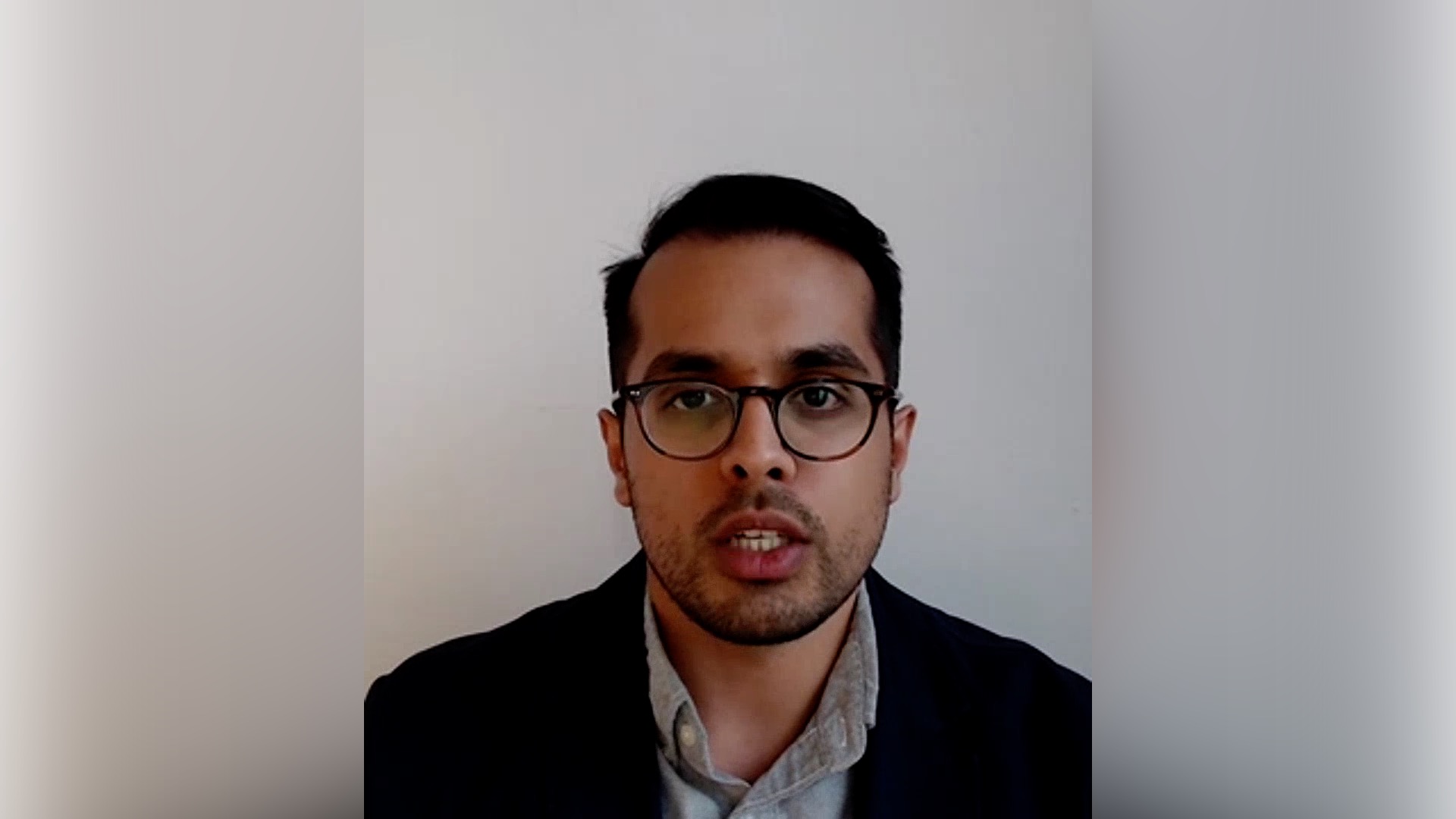 In recent years, the U.S. and China have wrestled on several major international issues - from human rights to international trade - that reflect as much about their differences in political philosophy as the latter's rise.

The majority of western media have largely taken the official U.S. view toward China - an "authoritarian" country opposed to the values of freedom, democracy and human rights. Meanwhile, other views that don't fit into this narrative have been effectively excluded from public discussion.

This lack of a real alternative voice is what prompted the creation of The Grayzone, an independent news website started by American journalist Max Blumenthal in 2015. Last year, the site broke several groundbreaking investigations related to Xinjiang that shattered the previous "human rights abuse" narrative accepted almost universally across western countries.

CGTN's Zeng Ziyi recently talked to Ajit Singh, a journalist and contributor at The Grayzone, about what he learned from reporting on Xinjiang, the role of western media, as well as what he calls the U.S.' new "Cold War" with China.

Note: The interview transcript found below have been edited for clarity purposes. To read Singh's answers on Xinjiang, click here.

CGTN: Do you think the pandemic has shifted official U.S. policy toward China in any major way?

Singh: There's certainly been a noticeably intense escalation in hostility from both Republicans and Democrats, which have sought to blame China for their own failures in responding to the pandemic, and redirect the rightful outrage of ordinary Americans onto China. I think it's important to understand this trend in a broader context. The pandemic and the current crisis is being utilized by the U.S. establishment to advance its long-term, already-existing agenda of promoting a new Cold War with China. In order to understand this we need to talk a little more about U.S. history.

Since the fall of the Soviet Union, the U.S. has sought to establish sole, global supremacy. It has pursued endless, regime-change wars against far weaker countries in order to squash anything that threatens this agenda. With China's rise as the world's second largest economy, and as an alternative source for financial and diplomatic relationships, this ascendance caused the U.S. foreign policy to shift from the so-called "War on Terror" to a "China containment" strategy or what is effectively a new Cold War against China.

This originated under the Obama era with the "Asia Pivot" which has sought to militarily encircle China in the Asia Pacific. It's what the Secretary of State called "necessity to ensure American leadership into the 21st century." This agenda has become more explicit and hostile under the Trump administration. We've seen official rhetoric regularly refer to China's ascendance as a "threat." National security documents have identified "Great-Power Competition" identifying China alongside Russia and Iran. We've even seen U.S. State Secretary Mike Pompeo openly refer to China and the Chinese Communist Party as "the central threat of our times" and has called on NATO partners to address this "threat."

So, through the Trump administration, we've seen the trade war and intense diplomatic campaigns to discourage and disrupt China's relations with developing countries through this narrative of "debt-trap diplomacy" as well as discouraging U.S.' own allies from engaging with China. Most noticeably, we've seen the campaign against Huawei. While certainly there's been an intensification of this agenda during the COVID-19 pandemic, it's important to understand it as a long-term trend and within this context.

CGTN: How would you describe western media's reporting on China during the COVID-19 pandemic?

Singh: It's been consistently hostile and antagonistic. It's interesting. It seems not long ago in January, when the outbreak was first emerging in Wuhan, the overwhelming representation in the western media was that China was behaving over the top, that it was behaving in an "authoritarian" and "draconian" manner - it was doing too much and repressing the human rights of its people with the lockdown measures. But this has shifted as the U.S. struggled with the novel coronavirus and as other Western countries have struggled to contain it. A lot of these wealthy, Western countries have emerged as the world's worst COVID-19 outbreaks.

Now, the [western] media shifted from saying China did too much, to China didn't do enough. The Chinese government engaged in a cover-up, that it was too slow to act, that it colluded with the World Health Organization, and ultimately China is to blame for the disastrous situations in these countries with tens of thousands of people dying. This shift also coincides with the Trump administration's launch of a PR campaign to shift blame onto China for their inadequate response - we know this from leaked [U.S.] government cables which have outlined this strategy to accuse China. We've seen similar memos from the leadership of both the Republican and Democratic parties seeking to attack each other as being soft on China, and enabling it to cause this situation in the U.S.

One can't help but come away from this experience with the opinion that mainstream western media's primary concern with China doesn't appear to be balanced and honest reporting but crafting an anti-China narrative useful for the U.S. and its allies. This unfortunately isn't surprising. We've seen this dynamic play out time and time again. Anytime there's a country that's so-called enemy, they are targeted by the U.S. foreign policy whether it's Iraq, Libya, Syria, Venezuela, Iran or elsewhere. This is a long-term trend that happens time and time again with the media.

CGTN: Why does U.S. media always adhere to the official narrative in critical times?

Singh: I think it's a reflection of the structure of U.S. and western political and economic systems. The ruling establishment of these countries by and large represents the interests of the elites and wealthy corporations. We've seen skyrocketing inequality throughout the past four decades of neoliberalism, which has caused so much upsurge in populous movements in the re-distribution of wealth in these countries.

If you look at the so-called "free press," it's run by a very small number of wealthy corporations. There's an overlap between the interest of the media and the government. Structurally, this tends to produce an alignment of narratives. The so-called "free press" functions like a state media in the United States, for example. Then, there is also the "revolving door" between so-called "independent think tanks" in places like Washington. Between major newspapers like The New York Times, Washington Post and government apparatus policy analysts, even with the military. When you have a "revolving door" between all of these institutions, it produces an echo chamber of the same opinions.

And then there's a trend of them (western media) being unwilling to pushback on government narratives, especially with respect to foreign policy. For example, with the coronavirus media coverage this conspiracy theory claiming the virus originated from a lab in Wuhan. Essentially, the headline will be "U.S. intelligence community says" or "State Department cable says." Well, is it possible they may be biased? Or do they have an interest in how China is presented? They are just presented and taken as "impartial." So, you have a situation where there's collaboration between so-called "free media" and the government.

Singh: There's a couple of important factors. A lot of times when the U.S. and western countries engage their foreign policy with countries like Iraq or Vietnam or Venezuela, they usually cloak their language in a noble intention. Today, we often hear "human rights" or "humanitarianism" or "democracy" being invoked whenever there's a need to advance their foreign policy agenda. This creates a great deal of confusion among ordinary people, who are of course interested in the wellbeing of other people around the world. People may not share their government's agenda but they do care about things like human rights. So, if they are told over and over and over again that there's some great human atrocity happening here, say in Venezuela or Iran, it does shift their perception of the issue.

It's related to the media situation we've been talking about. There's basically no substantial alternative voice presented in the U.S. media ecosystem. The vast majority of news that people are exposed to every day - the newspaper, TV or internet or Twitter - are from these massive media outlets that essentially push the same narrative. So, people are getting the same message thrown at them day after day after day.

These very powerful media outlets that control the discourse, or at least dominate it, will never invite someone like me to speak and will never invite someone with an alternative perspective. You are really presented with one opinion over and over and over again. Unfortunately, this does shift the way people perceive the situation and prevents any opposition to these nefarious foreign policy of overthrowing foreign governments or imposing devastating sanctions on countries from the Global South like Venezuela or Cuba or Iran.

This isn't a new modern phenomenon, it is built on a lengthy history. For centuries, western countries have had imperial, colonial relations with the majority of countries in the world, in the Global South, with indigenous peoples. It also was built upon this "noble intention" of "civilizing the savage people" or "barbarian people." This "human rights" ideology is really built on this long term western exceptionalism or superiority.

CGTN: How do you think the current pandemic will impact world order?

Singh: It's very difficult to make any predictions, let alone in a world that seems to be as dynamic and quickly-changing as ours. But it seems to be clear what needs to happen.

For about four decades, the U.S. and its allies have proclaimed that there's no alternative to neoliberal capitalism. With the fall of the Soviet Union, we've been told this is the end of history, this (neoliberalism) is all there is and it's the only system that works. This crisis has really highlighted the complete inability of this system to protect the wellbeing of the vast majority of ordinary people, even in the wealthiest countries in the world. This is after decades of drastic cuts to public and social spending - healthcare and social welfare measures. It has produced severe inequality and a very hollowed out public sector. This has created the situation where the wealthiest countries in the world have the worst coronavirus outbreak.

It's quite clear what's currently needed is social and economic transformation - a system which foregrounds the wellbeing of ordinary people and the public sector. Second, this crisis has really highlighted necessity of moving away from destructive unilateralism in countries like the U.S. which even during a global health emergency, is imposing sanctions on countries like Venezuela, Iran and Cuba, and impeding their ability to import health and medical supplies. This destructive behavior needs to be replaced by strengthening and building international, multilateral institutions.

This coronavirus outbreak has really highlighted how interconnected the world is - a problem somewhere can affect all of humanity. It is necessary for all of humanity to cooperate and ensure collective wellbeing. We need to move away from this "one country does whatever it wants, whenever it wants," to an international order that's more democratic, where actions of countries are determined in a multilateral, cooperative manner.