U.S. media: Report on 'Wuhan lab' origins of the virus is bogus
CGTN 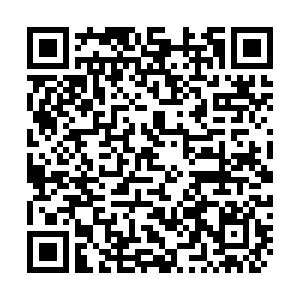 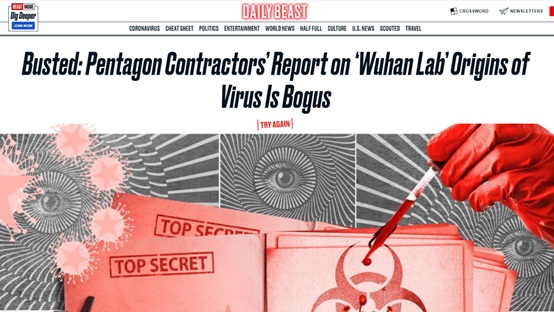 A military contractors' report circulating on Capitol Hill in the U.S. claims to have evidence that the coronavirus escaped from a Chinese lab. However, it's filled with incorrect information, The Daily Beast, an American news and opinion website focused on politics and pop culture, reported Monday.

Many U.S. officials have seen the multipage document, which was produced by the Multi-Agency Collaboration Environment (MACE), part of Sierra Nevada, a major Department of Defense contractor, Daily Beast wrote. But unluckily, there are specific errors in its provided details and pictures.

The so-call report said a "hazardous event" happened at the Wuhan Institute of Virology in October last year – an event that allowed the virus to escape. The report relied on social media postings, cellphone location data and commercial satellite imagery to draw this conclusion.

Daily Beast then busted the claim by pointing out several obvious loopholes from the three aspects above.

First, the report said the location data for up to seven cellphones was missing. But the article points out that seven is too small a sample size to prove anything. Furthermore, the same devices showed similar data absences in spring 2019.

Second, details in the report claimed "roadblocks" went into place around the lab after the accident occurred. But according to the satellite imagery provided by DigitalGlobe's Maxar Technologies, "road construction" is believed to be the reason why there were roadblocks. The Maxar images also show that cars and buses were running normally around the Wuhan lab, as well as the parking lots, during workdays.

Third, regarding the "evidence" that claimed an academic event at the Wuhan virology lab in November was canceled because of a suspected biochemical accident, Daily Beast cited Nick Waters, a senior investigator for Bellingcat, who discovered Pakistani researchers on Facebook who took part in the event and even posted photos of the site and selfies on their profiles.

Screenshot from The Daily Beast

Screenshot from The Daily Beast

"This is an illustrated guide on how not to do open source analysis," Jeffrey Lewis, director of the East Asia Nonproliferation Program at the Center for Nonproliferation Studies, who analyzed the MACE report for The Daily Beast, was quoted as saying.

"It is filled with apples-to-oranges comparisons, motivated reasoning, and a complete refusal to consider mundane explanations or place the data in any sort of context," he added.