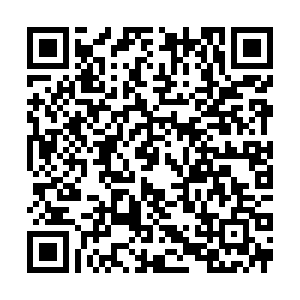 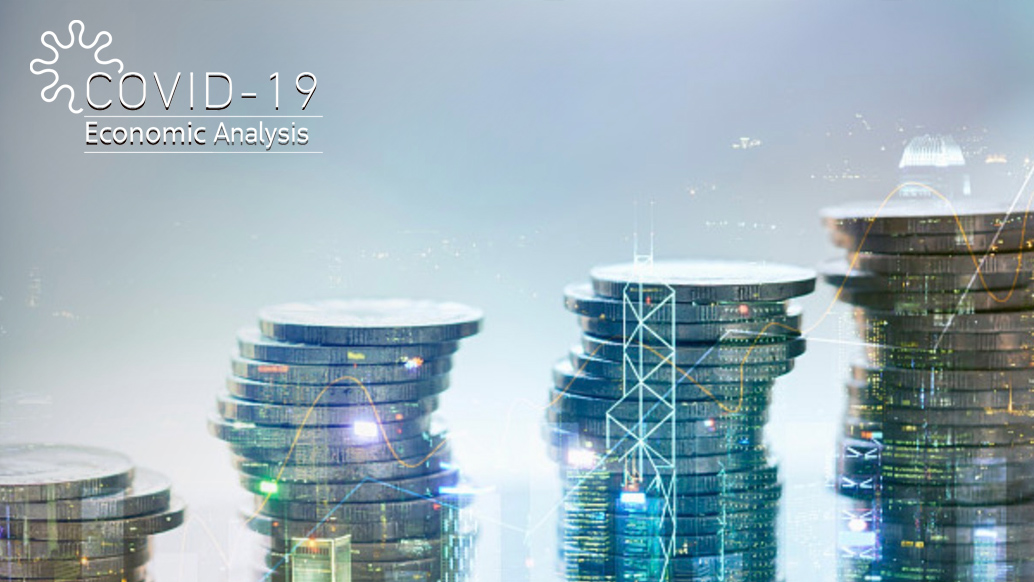 Editor's note: "COVID-19: Economic Analysis" is a series of articles comprising experts' views on developing micro and macroeconomic situation around the globe amid the COVID-19 pandemic.

As the COVID-19 pandemic continues, the financial sector is unlikely to be immune to further damage and the rosy U.S. stock market indicates disconnect from the economy, scholars observed at the 2020 Tsinghua PBCSF Finance Forum held online in Beijing over the weekend.

After plunging by more than 30 percent, and triggering a circuit breaker four times within ten days in March, the U.S. stock market spiked by 13 percent in April, and the S&P 500 now trades at 23 times projected earnings with Fed kicking in unlimited quantitative easing. 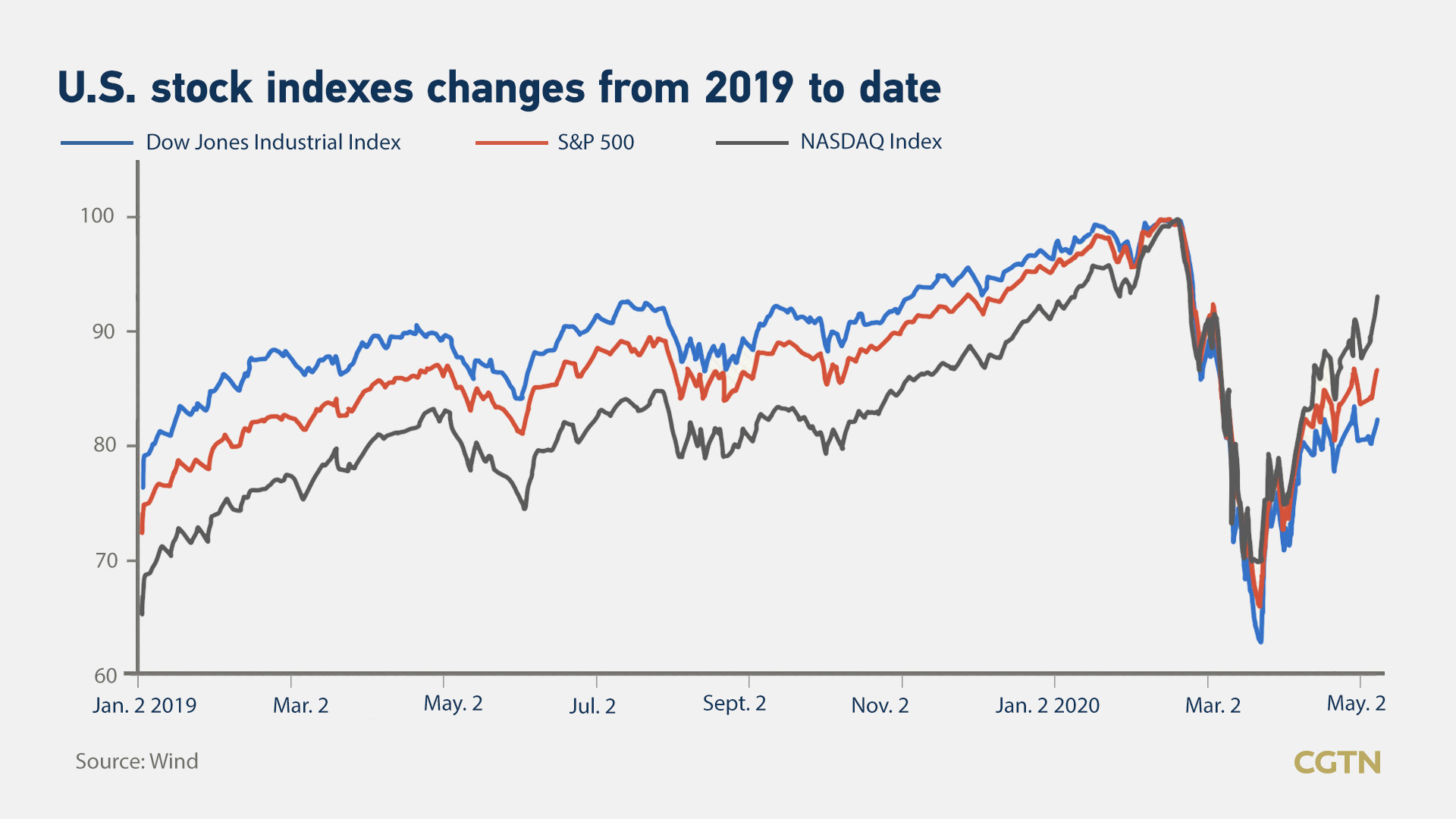 However, the economy is suffering. More than 30 million Americans have filed for unemployment and the U.S. GDP could decline by 40 percent during the second quarter. Experts at the forum shared the same concern: the disconnect between the main street and Wall Street will not last long. In the end, the stock market has to reflect the real economy.

"I don't think that's sustainable," Eric Maskin, 2007 Nobel Laureate in economics, told CGTN in a video interview, predicting a further fall after the rally, adding "financial markets have not yet bottomed out."

Michael Spence, Nobel Laureate in 2001, agreed with Maskin that the market has underestimated the difficulties ahead. "The market is richly valued under the conditions, and maybe, to some extent, underestimating the bumpiness of the slow recovery," Spence said.

Zhu Min, former deputy managing director of the IMF and now head of the National Financial Research Institute at Tsinghua University, echoed that the optimism in the stock market is solely supported by the large amount of liquidity for now. 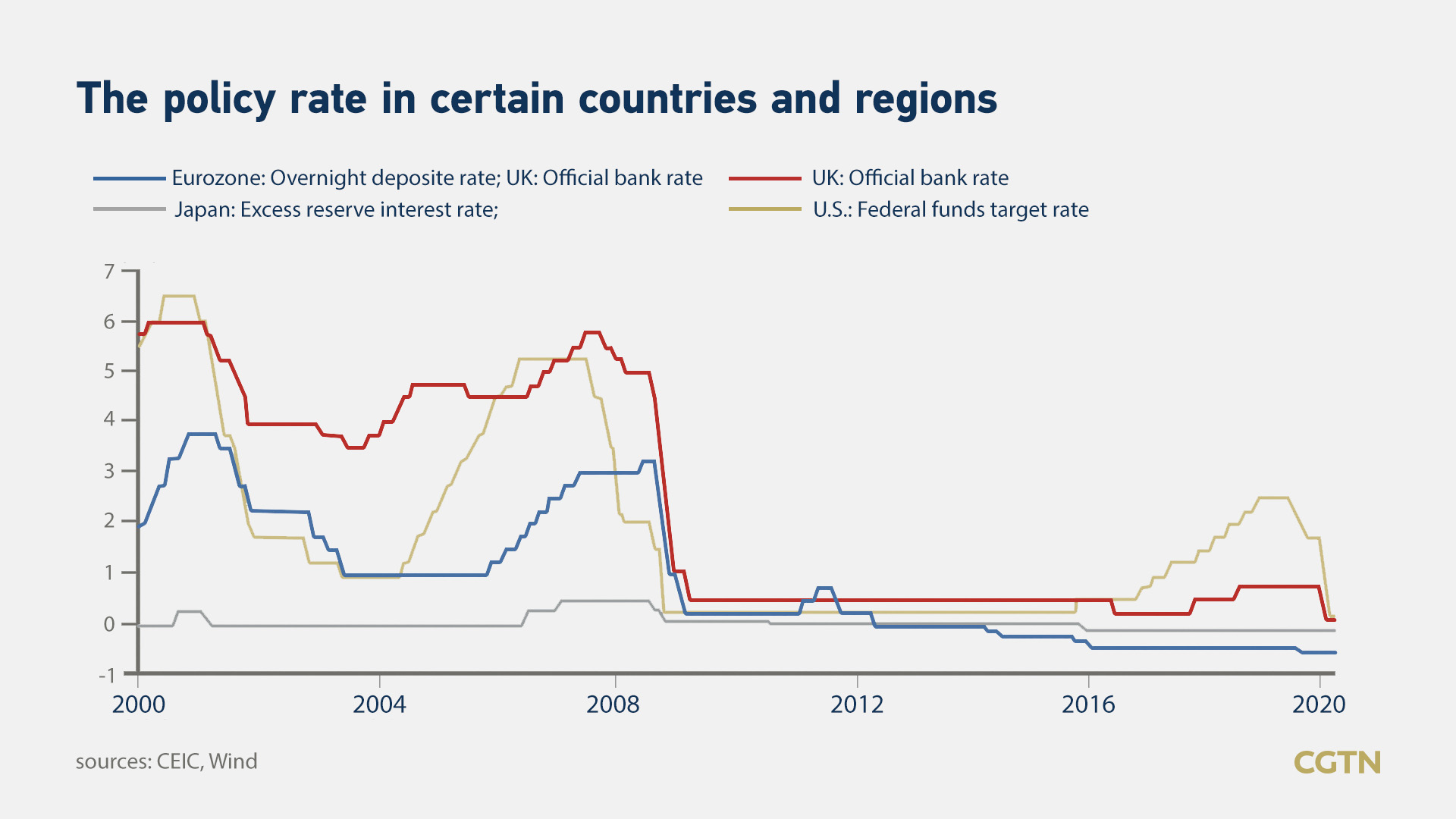 Similarly in the 1929 Great Depression and 2008 financial crisis, the stock market also experienced short-term rebound after the government launched some support or bailout measures, yet as the real economy shows no signs of improvement, the market eventually crushed again, Zhu said, noting that we are currently at the first stage rebound supported by liquidity. The game changer is whether the pandemic is under control so the economy can get back on track, monetary and fiscal measures can only play second.

"The recovery won't be completed if people are not convinced that they are safe," Spence said.

The U.S. is now the biggest coronavirus hot zone, with over 1.4 million confirmed cases, more than 88,000 deaths and on average more than 20,000 new cases are reported every day. 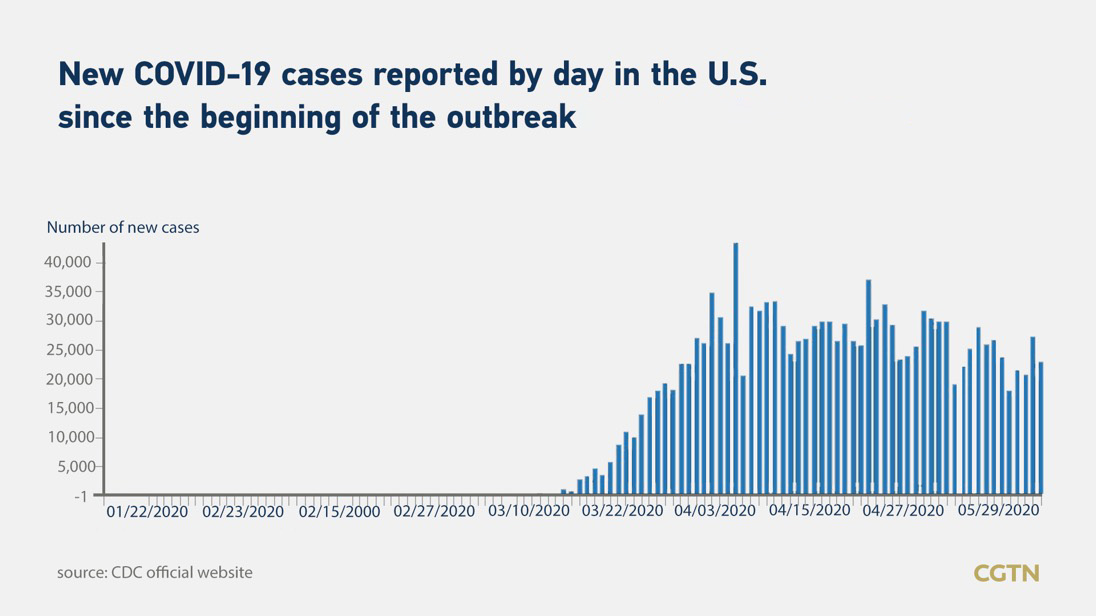 No one knows whether the second wave will hit, but now it seems that the chances of it coming back during fall and winter are increasing, Zhu said. "When the large-scale outbreak happens again, the market will rock with it," Zhu said.

Compared to other stock markets in the world, China's stock market performed relatively better after plunging in early February because of the virus outbreak.

"The world then believed that China could control this outbreak, so the market started to rebound pretty strong," said Zhu.

"China is doing a good job reducing the risk and containing the virus," said Spencer, noting that though there are still challenges ahead, China is well on the way to recovery.

China's COVID-19 cases started in late December and had a major breakout in January. After peaking in the middle of February, the outbreak was basically brought under control as the daily new cases are now in single digits.

The IMF predicted that China's economy will start to rebound in the third quarter, and the annual GDP could hopefully reach three percent, while the world is looking at a minus-three-percent growth.

However, Zhu cautioned that investors shouldn't be too optimistic.