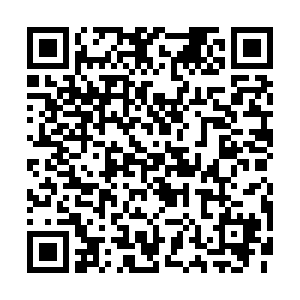 Editor's note: This is the 65th article in the COVID-19 Global Roundup series. Here is the previous one.

Since the COVID-19 outbreak, many governments have effectively frozen social and economic activities in all or parts of their countries to contain the outbreak. However, it inevitably triggered the worst economic downturn with IMF officials saying: "We anticipate the worst economic fallout since the Great Depression."

The Group of Seven (G7) countries, also the world's seven largest economies - Canada, France, Germany, Italy, Japan, the United Kingdom and the United States, have rolled out their economic rescue plans in the last two months. 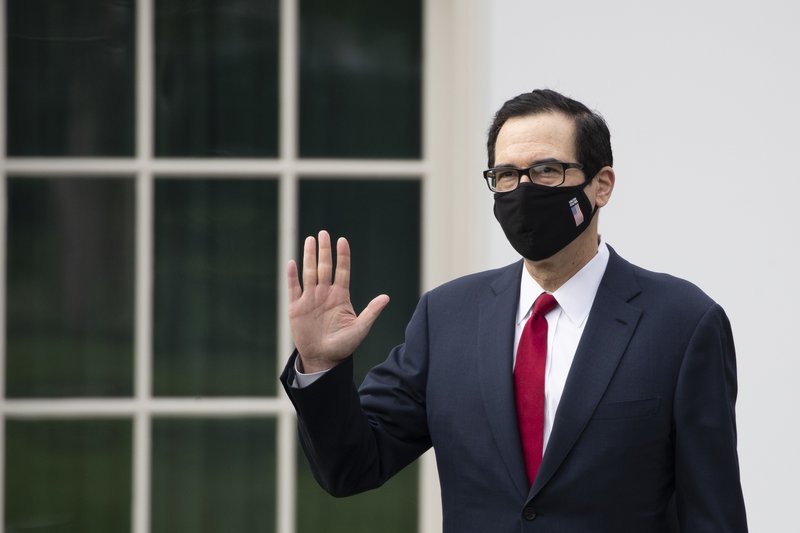 As the United States plunges into the worst economic downturn in decades, a report which pointed out that most of the 500 billion U.S. dollars that Congress allocated in March to the Treasury and Federal Reserve to support businesses and local governments was yet to be used raised public concern that the two bodies are acting too slow to rescue the economy as numerous companies have filed for bankruptcy.

The bipartisan report was issued by the Congressional Oversight Commission, which was created by the two-trillion-U.S.-dollar rescue law, also known as CARES Act, which was passed in late March and but still does not have a chairman. House Speaker Nancy Pelosi, D-Calif., and Senate Majority Leader Mitch McConnell, R-Ky., have not agreed on a chair, leaving the five-member commission without a leader.

The 500-billion-U.S.-dollar Treasury fund is part of the CARES Act, including 46 billion U.S. dollars to make loans and loan guarantees to the airline industry, hit hard by the pandemic as air traffic has come to a near halt. None of that money has been disbursed.

The Federal Reserve is setting up a Main Street Lending Program intended to facilitate lending by banks to small-and medium-size businesses. The program would support lending up to 600 billion U.S. dollars, with Treasury providing 75 billion U.S. dollars to offset any potential losses. That program also has not disbursed any money, the report said.

The Fed says it takes time to ensure that the program includes legal language that protects taxpayers. It was criticized for failing to ensure such safeguards during the 2008 financial crisis, most notably to bail out insurance giant AIG.

On March 18, the Prime Minister of Canada announced a large and broad set of fiscal stimulus measures to cushion the economic impact caused by the coronavirus. The package includes 27 billion U.S. dollars in direct support for consumers and businesses.

It also provides 55 billion U.S. dollars to enable the deferral of tax payments from firms and individuals as well as liquidity support for businesses. The total value of the new measures is approximately 82 billion U.S. dollars, or some 3.5 percent of its GDP.

The remaining measures are aimed at businesses. They consist of a wage subsidy program, costing 3.8 billion U.S. dollars, to encourage small-and medium-sized business to keep employees on payrolls. The program is planned to run for three months and will subsidize as much 10 percent of wages for a maximum of 1,375 U.S. dollars per employee and 25,000 U.S. dollars per employer. Business will also benefit from a reduction in their remittances of withheld income tax. 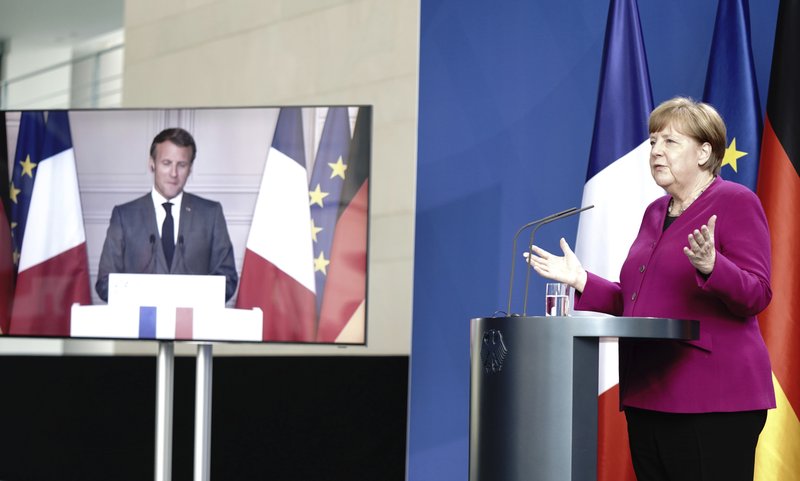 On Monday, the leaders of Germany and France agreed on a one-off 500 billion-euro fund to help the European Union recover from the coronavirus pandemic.The plan would involve the European Union borrowing money in financial markets to help sectors and regions that are particularly affected by the pandemic.

Crucially, the money would be disbursed in the form of grants rather than loans, with repayments made from the EU budget. So far, EU countries engage in only limited common borrowing, for instance through the European Investment Bank and the union's bailout fund for crisis-hit governments, the European Stability Mechanism, but require eventual repayment by member states.

By using the financial clout of the whole bloc, bondholders get a high degree of certainty they will be paid back, meaning the EU can borrow on more favorable terms than individual member states, though at the price of collective liability.

Merkel noted that combined with an earlier stimulus package of 540 billion euros based on loans and guarantees, the EU member states were mustering one trillion euros at the EU level, and a total of three trillion euros when combined with the multi-year EU budget and measures agreed at the national level.The total is equivalent to almost 20 percent of the EU's 2019 economic output.

Italian Premier Giuseppe Conte called the proposal "a first, important step in the direction hoped for by Italy."

However, the coronavirus crisis has raised concerns that Italy, which already has a debt pile equal to 135 percent of its annual economic output, could come out of the recession with so much added debt that bond investors would be reluctant to continue financing its debt, which could trigger a financial crisis.

Italian government last week approved a long-delayed 55 billion-euro stimulus package which follows an initial 25 billion-euro package introduced in March, including a mix of grants and tax breaks to help firms ride out the downturn. It also offers help to families, including subsidies for childcare and incentives to boost the ravaged tourism sector.

The French government, in middle of April hiked its aid package to 110 billion euros as French Finance Minister Bruno Le Maire said the French economy would shrink by as much as eight percent due to the shutdown.

In Germany, its government on March 23 agreed to a package worth 750 billion euros to mitigate the damage of the coronavirus outbreak on Europe's largest economy. 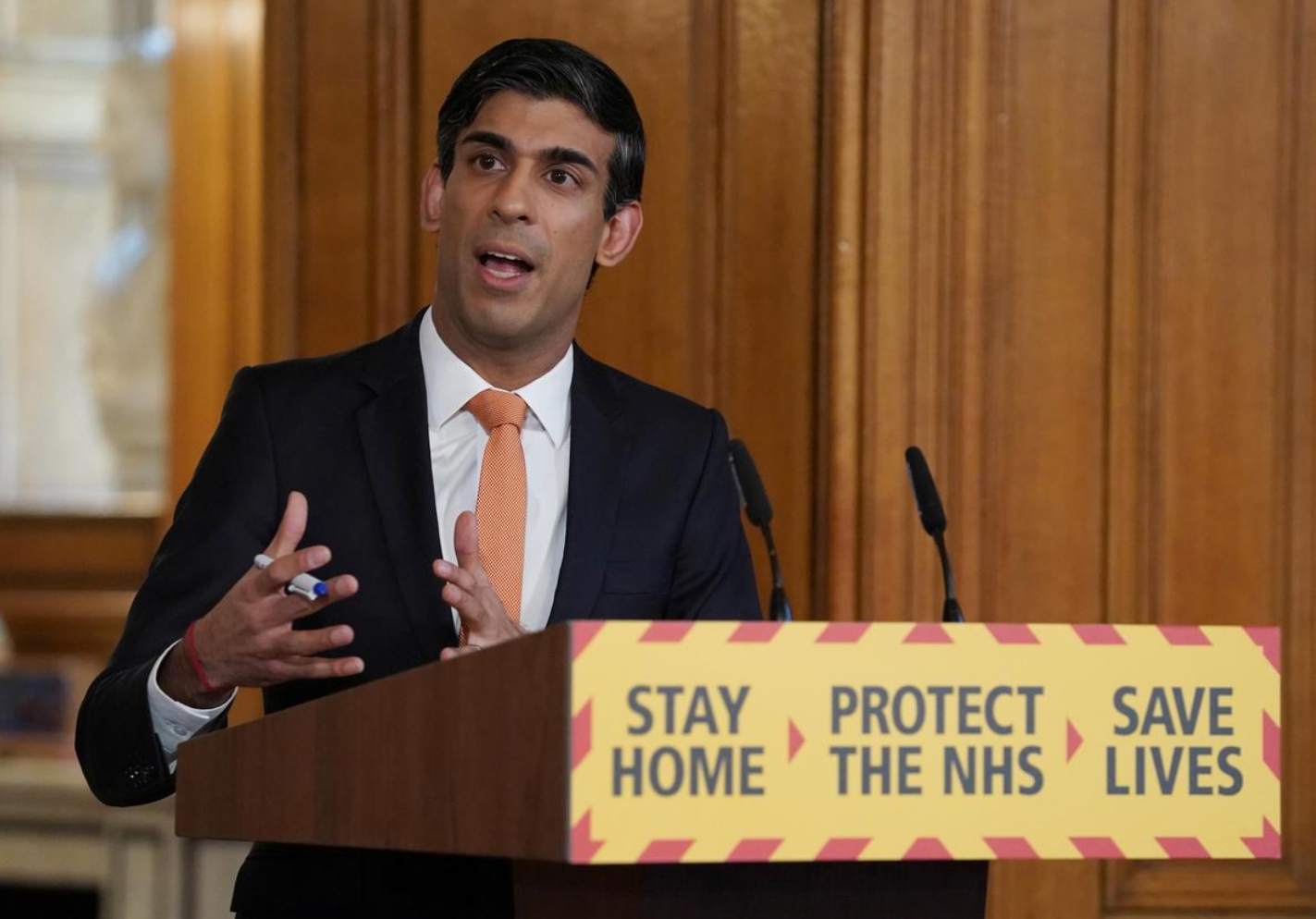 On March 20, the UK government announced that the state would pay grants covering up to 80 percent of the salary of workers if companies kept them on their payroll, rather than lay them off as the economy crashes. The extraordinary payments will be worth up to a maximum of 2,500 euros per month.

The announcement stated that there would be no limit on the funding available to pay people's wages. The payments will be backdated to the start of March, will be up and running within weeks, open initially for at least three months, and could be extended if necessary.

The unprecedented step comes just days after chancellor Rishi Sunak announced a 350-billion-euro package of loans and grants to help Britain cope with the lockdown of large parts of the economy. At the time, he warned the country was facing a threat to its prosperity unmatched in peacetime and admitted that the previous 12-billion-euro aid package was insufficient to tackle the savage blow of the pandemic.

Under the package, every business in the hard-hit retail, leisure and hospitality sectors would have a year-long holiday from paying business rates, with smaller companies also eligible for a cash grant of up to 25,000 euros.

On March 17, the day when an analyst predicted the economy would shrink by 15 percent in the second quarter of 2020, the chancellor also announced cash grants of 10,000 euros for UK's 700,000 smallest companies, and a three-month moratorium on mortgage payments for home owners in difficulty as a result of the coronavirus.

According to Nikkei, the ruling Liberal Democratic Party will present a proposal to Abe including a plan for the government to cover two-thirds of the rent for small businesses affected by the pandemic for up to six months.

The new plan came briefly after a record 1.1-trillion-U.S.- dollar economic stimulus package was compiled in April, which focused on cash payouts to households and loans to small businesses hurt by the pandemic.